U.S. President Joseph Biden renominated Federal Reserve Chair Jerome Powell to lead the central bank for a second term earlier this week. Lael Brainard, the other top candidate for the job, was picked to serve as Fed vice chair. The news bolstered market expectations of rate hikes next year, when the U.S. central bank finishes tapering its bond-buying program.

Indeed, futures contracts tied to the Fed's policy rate indicated that money markets are now expecting the central bank to raise interest rates by 25 basis points as soon as June 2022. 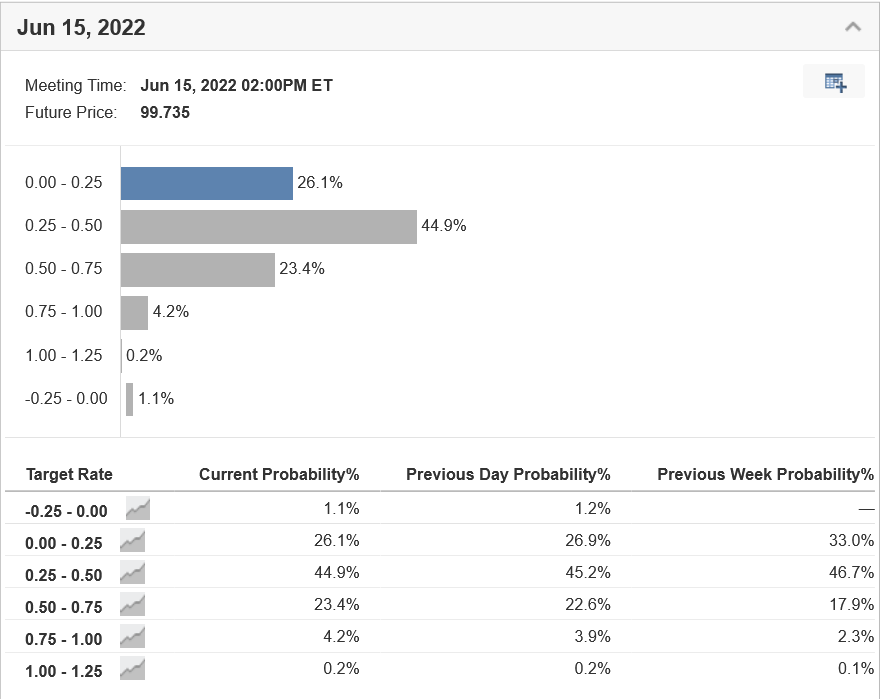 Taking that into consideration, below we highlight three proven year-to-date winners that are poised for new highs as the Fed begins to tighten monetary policy in the months ahead.

MS stock ended Tuesday’s session at $101.86, not far from a record peak of $105.95 reached on Sept. 28. At current levels, the investment banking giant—which manages more than $1.1 trillion in total assets—has a market cap of roughly $182.8 billion.

Given the expected surge in rates across the Treasury market resulting from growing bets that interest rates will rise next year, MS shares look like a solid investment as we head into 2022.

Higher rates and yields tend to boost the return on interest that banks earn from their loan products, or net interest margin—the difference between the interest income generated by banks and the amount of interest paid out to their depositors.

Shares of NASDAQ Inc (NASDAQ: NDAQ ), which have gained about 57% year-to-date, look poised for further appreciation in the months ahead as investors expect higher interest rates in 2022. As one of the world’s leading stock exchange operators, NASDAQ, which owns the namesake NASDAQ Stock Exchange , tends to generate solid returns in both high and low-rate market environments.

The financial services company—which also owns the Philadelphia and Boston stock exchanges, as well as seven bourses in Europe—stands to benefit from the heightened volatility from the Fed’s tightening measures. In addition, rising rates are considered to be negative for many high-growth tech stocks listed on its exchanges, which could lead to higher fees due to increased trading activity.

NDAQ stock—which touched a record high of $214.96 on Nov. 5—closed at $207.91 yesterday, earning the New York city-based multinational corporation a market cap of about $34.8 billion.

In a sign that bodes well for the future, NASDAQ has been diversifying its business, becoming a major player in the anti-financial crime software sector following its $2.75 billion acquisition of Verafin earlier this year. The financial technology and data vendor also offers a cloud-based market services platform, which provides infrastructure for marketplaces.

Apple (NASDAQ: AAPL ) has seen its shares steam ahead in recent weeks, rallying to a series of all-time highs amid enthusiasm for the tech giant’s plans to develop its own electric vehicle, as well as record-setting demand for its flagship iPhone 13 model.

After hitting a record of $165.70 on Monday, AAPL stock, which is up about 22% year-to-date, ended Tuesday’s session at $161.41. At current levels, the Cupertino, California-based tech heavyweight has a market cap of $2.65 trillion, making it the most valuable company trading on the U.S. stock exchange.

While Apple is broadly defined as a growth stock, the consumer electronics conglomerate is not as prone to rising interest rates as other tech companies due to its dependably profitable business model.

Apple’s annual revenue for its fiscal 2021 jumped 33% from a year earlier to a whopping $366 billion, while its cash pile grew to an enormous $191 billion. Taking that into account, AAPL stands to benefit in the months ahead even as traders bolster their bets on U.S. rate hikes next year.

Still, Apple forecasts that its all-important December holiday quarter will be the largest in terms of revenue in the company’s history, amid strong growth in its services business, which includes sales from the App Store, music and video subscription services, extended warranties, licensing, and advertising.