Investors will eye the announcement from the US Federal Reserve (Fed) tonight to discern how aggressively this central bank will hike interest rates this year. The Fed’s latest dot plot shows a 25 basis point hike in March 2022 and the possibility of three more rate hikes during the rest of this year. In addition to concerns around monetary policy tightening, tension between the Ukraine and Russia continued to impact global markets, albeit at a softer pace than the large sell-off witnessed on Monday.

Wall Street was once again trading in the red on Tuesday at 20h30 local time as “a sell-off in technology firms ahead of the Federal Reserve's policy meeting overshadowed upbeat results from blue-chip companies including IBM (NYSE: IBM ) and Johnson & Johnson (NYSE: JNJ ),” Reuters added. Asian markets fell on Tuesday on monetary policy tightening concerns amid lighter trade ahead of the upcoming Chinese New Year holidays. The Shanghai Composite Index lost 1.10%, the Hang Seng dropped 1.20% and Japan’s Nikkei closed down by 1.66%.

In contrast markets in Europe and South Africa closed in the green, as technology counters suffered less on the European continent compared to their US counterparts. With London’s FTSE 100 closing up by 1.02%, Germany’s Dax by 0.75% and France’s CAC40 up by 0.74%. The local bourse was supported by the resources sector aiding the FTSE/JSE All Share Index to close slightly higher at 0.21%.

In commodities, gold rose slightly as expectations for interest rate hikes and geopolitical tension continued to support the safe-haven appeal of this yellow metal. Mounting tension between Russia and the Ukraine, attacks in the United Arab Emirates and OPEC’s continued struggle to increase their monthly output continued to favour oil prices on Tuesday, with the price of Brent crude trading at $87.89 at 20h30. 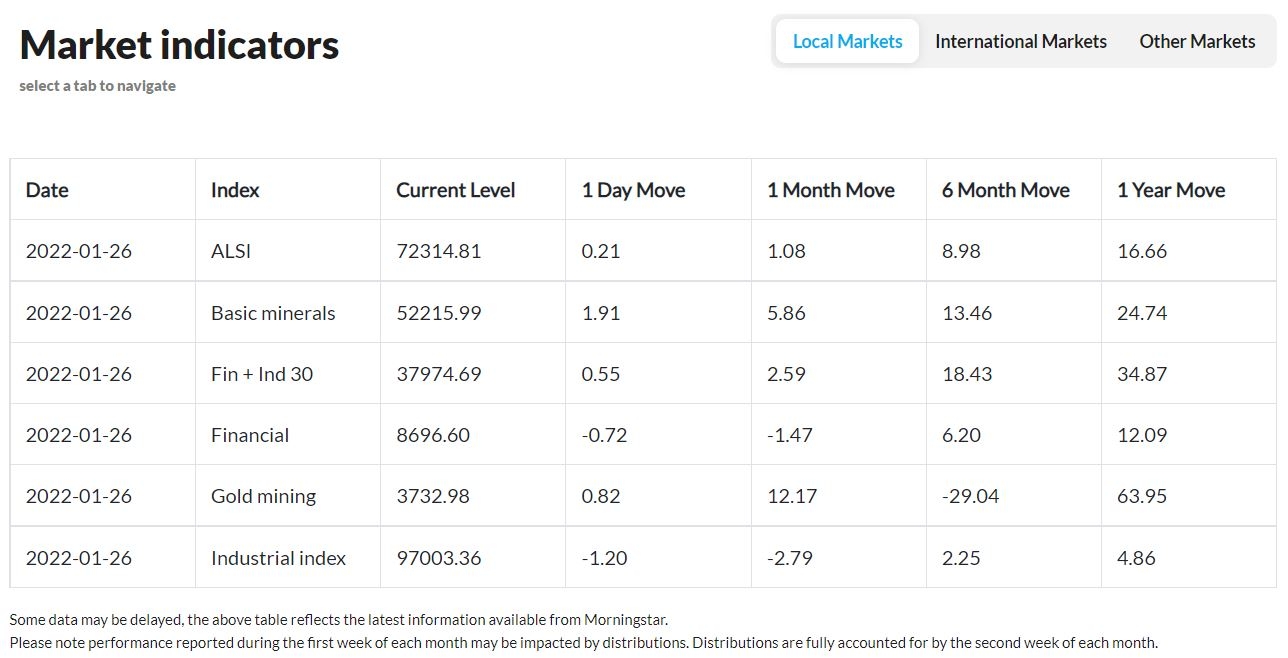