Are there any cannabis stocks considered a buy anymore?

If you look at the major names—especially the large Canadian companies traded on major US exchanges—the answer can be summed up in one word: No.

Let’s take a quick look at the top 5 players in this category.

Aurora Cannabis (NASDAQ: ACB ) made a few headlines last week when it became the latest big-name marijuana grower to announce it was trimming its workforce. Citing over-expansion, losses, and competition, it said it plans to lay off about 12% of its workers, a move that is part of an ongoing effort to carve between C$70 million (US$54.5 million) and C$90 million (US$70 million) in costs.

In May, the company reported its latest quarterly earnings that was highlighted by a significant miss in sales. 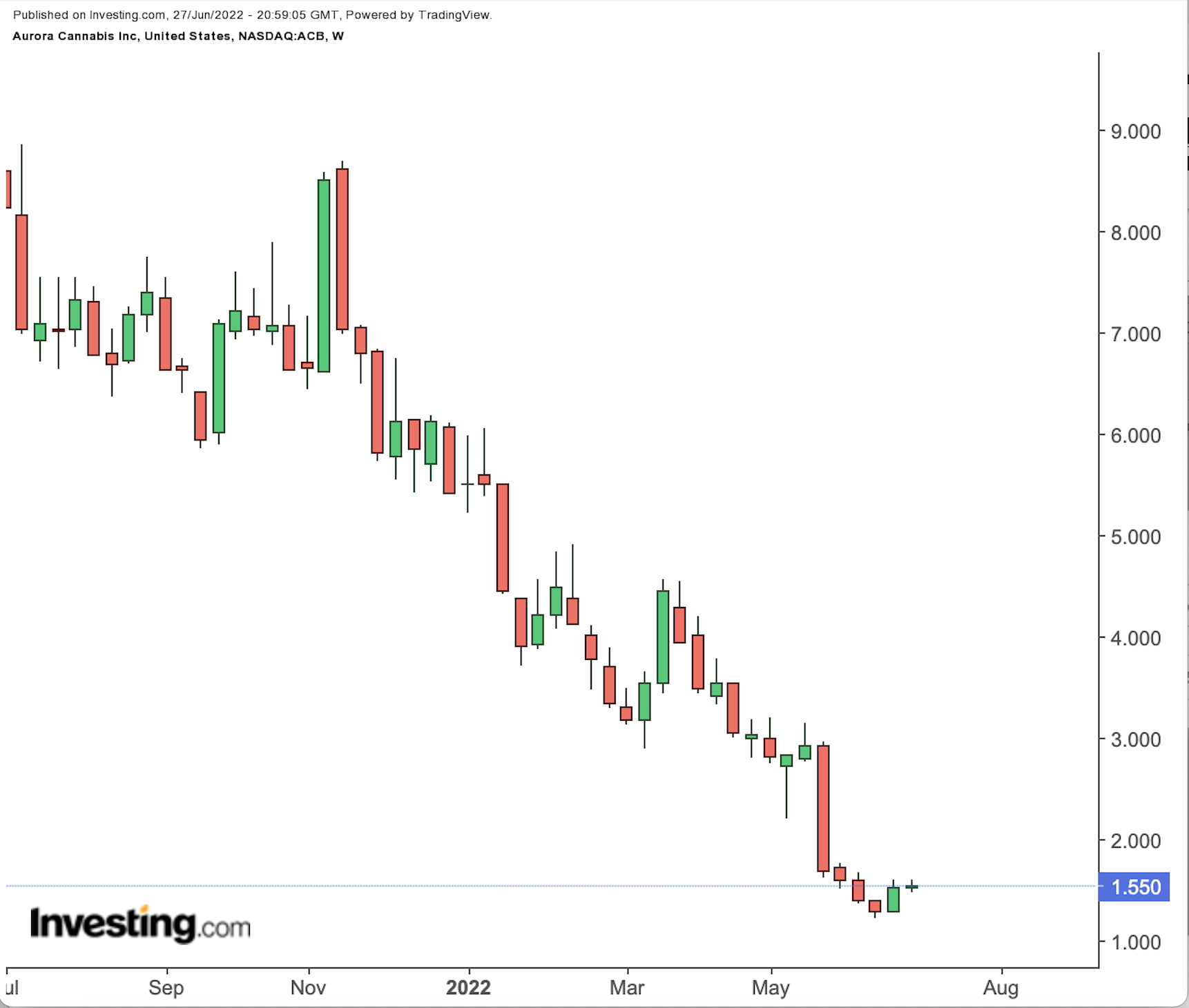 Shares of Aurora have gained slightly since mid-June, but are still below levels seen at the beginning of the month. In the past year, the stock has lost just 83%.

Cronos Group (NASDAQ: CRON ) has seen its latest revenues come in ahead of expectations, reporting C$25 million (US$19.5 million) in the last quarter, above the estimates of C$24 million. But that could change, as part of the uptick was attributed to the extracts used for vaping. Given the recent FDA ruling pulling vape products from the market, Cronos will not be immune from any negative ripple effect this will cause. 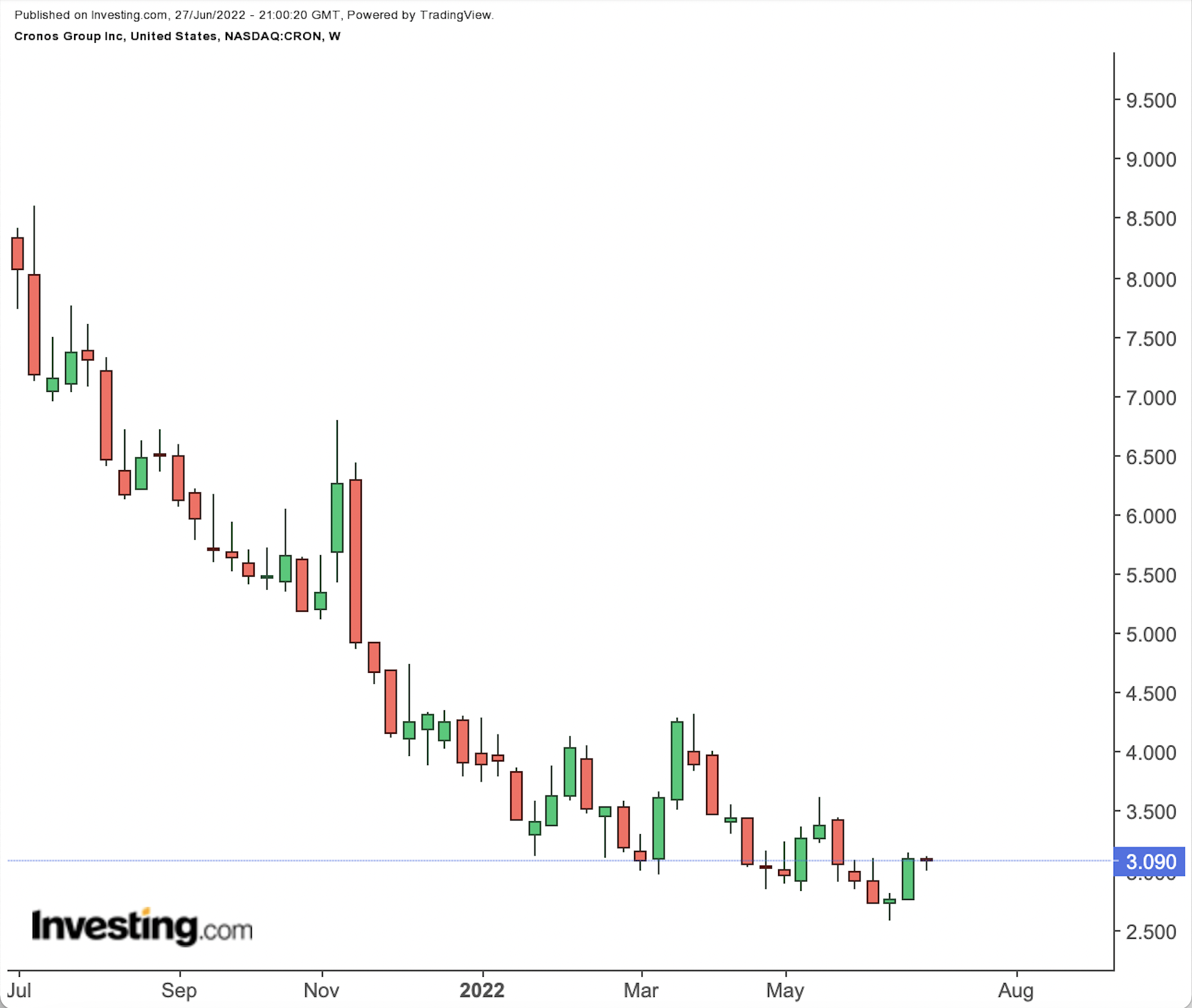 Shares of Cronos have gained slightly since the beginning of June, but are still below peaks seen in April and at the beginning of the year. In the last 12 months, the stock has lost about 65%.

Hexo Corp (NASDAQ: HEXO ) has been pulling out all the stops in an attempt to cut costs. This has included eliminating jobs and lowering its debt burden. It has also looked to restructure, naming a new CEO in April. But its new chief executive is the third person named to the top spot in six months. Has the music really stopped in this game of musical chairs? 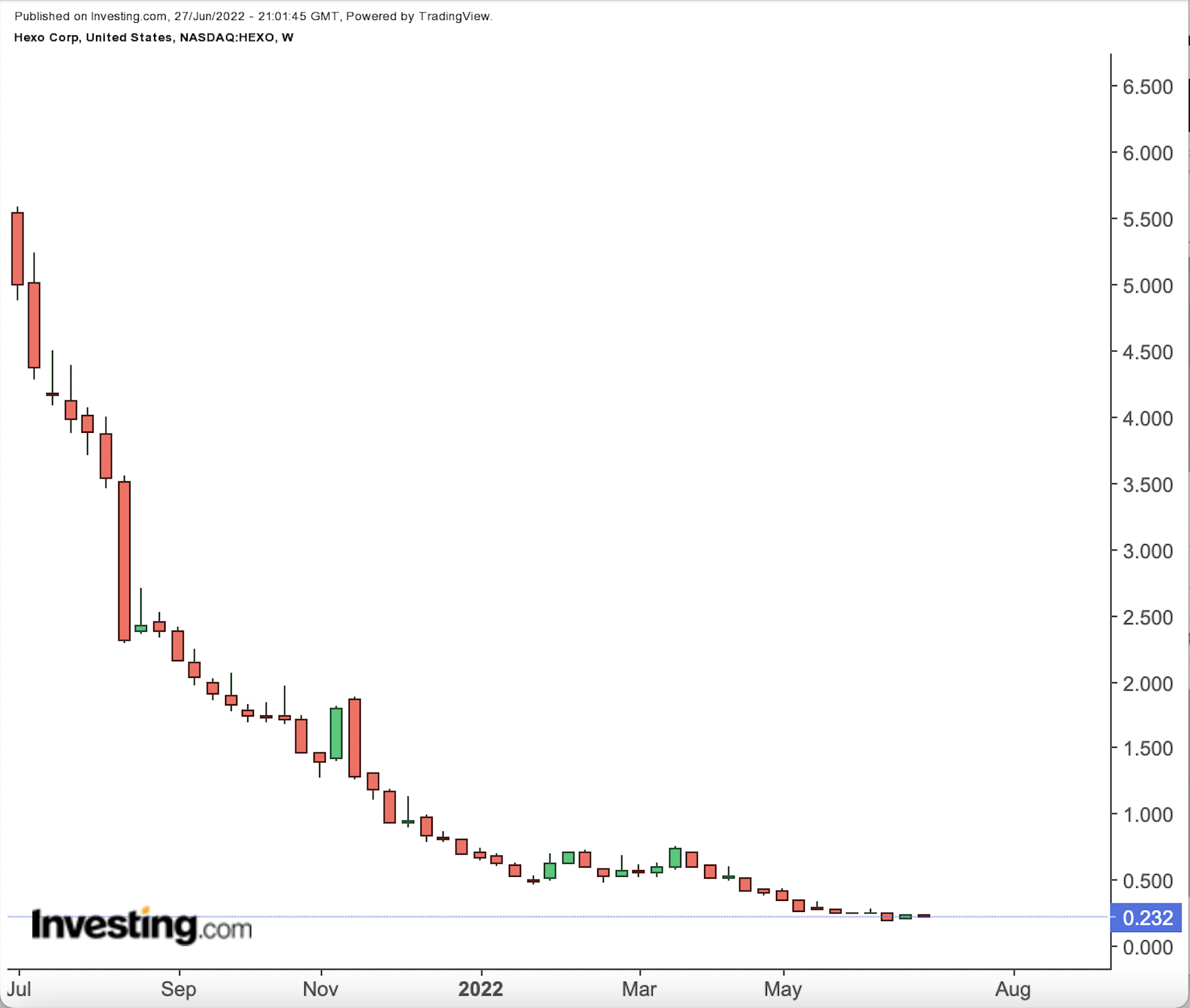 Following what is a familiar pattern in the industry, shares of Hexo have gained a bit since mid-June, but are still below levels seen at the beginning of the month. In the past year, the stock has lost a whopping 95%.

Canopy Growth (NASDAQ: CGC ), once the industry’s unchallenged leader, has seen its performance slip. Its latest earnings were disappointing. Sales missed expectations, falling below the previous quarter. This, in turn, contributed to revenues falling. Much of its expansion strategy moving forward hinges on deals that await US legalization, which can prove costly as the wait now has no end in immediate sight. 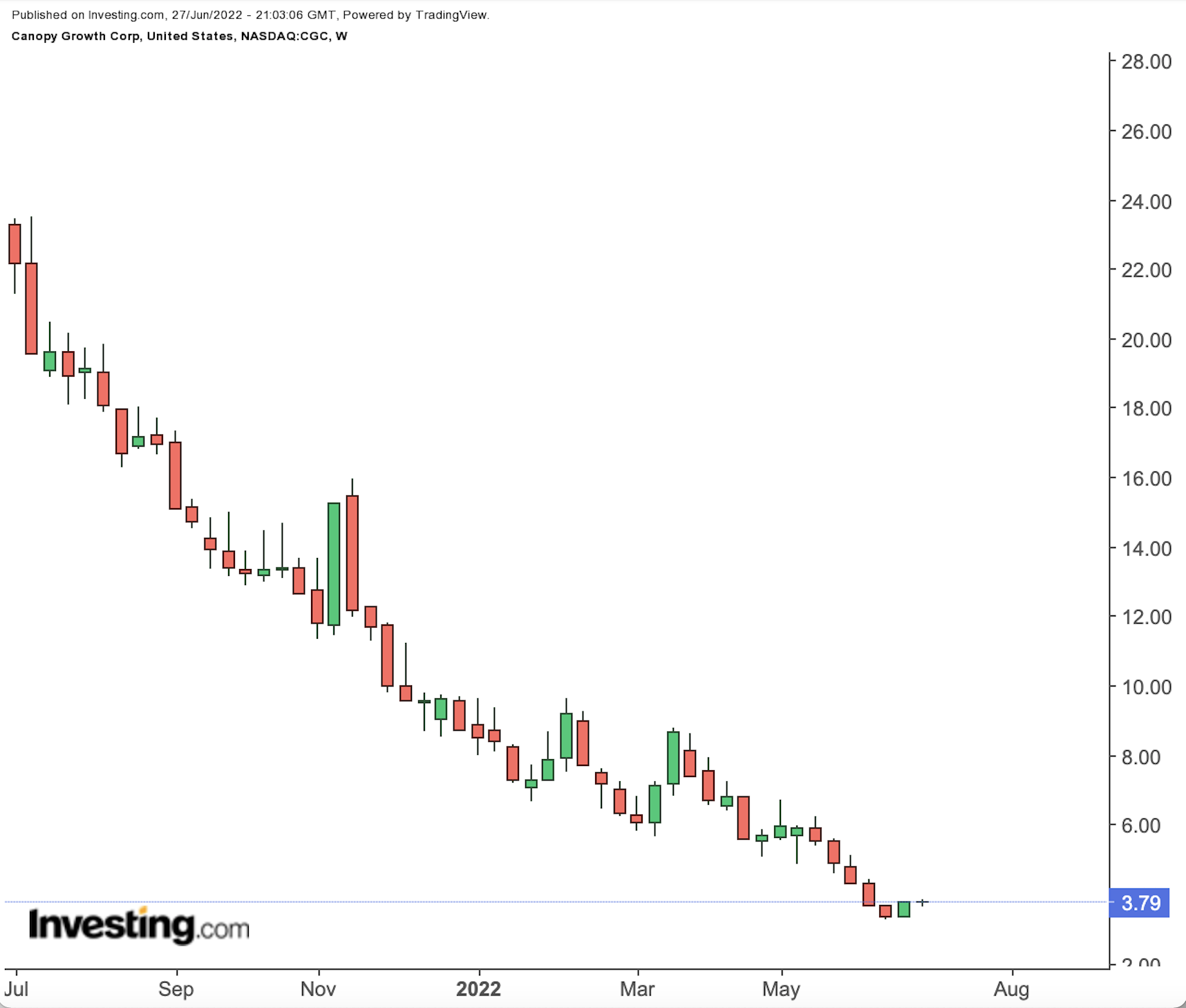 The trajectory of shares of Canopy mirror the pattern seen by other companies in the sector. They have gained a bit since mid-June, but are still below levels seen at the beginning of the month, and way below peaks seen in April and January. And, like the others, in the past year, Canopy stock has suffered extensive losses, dropping almost 85%.

Its most significant move was been its merger with Aphria in 2021. It is also looking to market more derivative products—edibles and drinks—in the US market when federal legalization is triggered. The success of that strategy could hinge on a waiting game that could be too long. 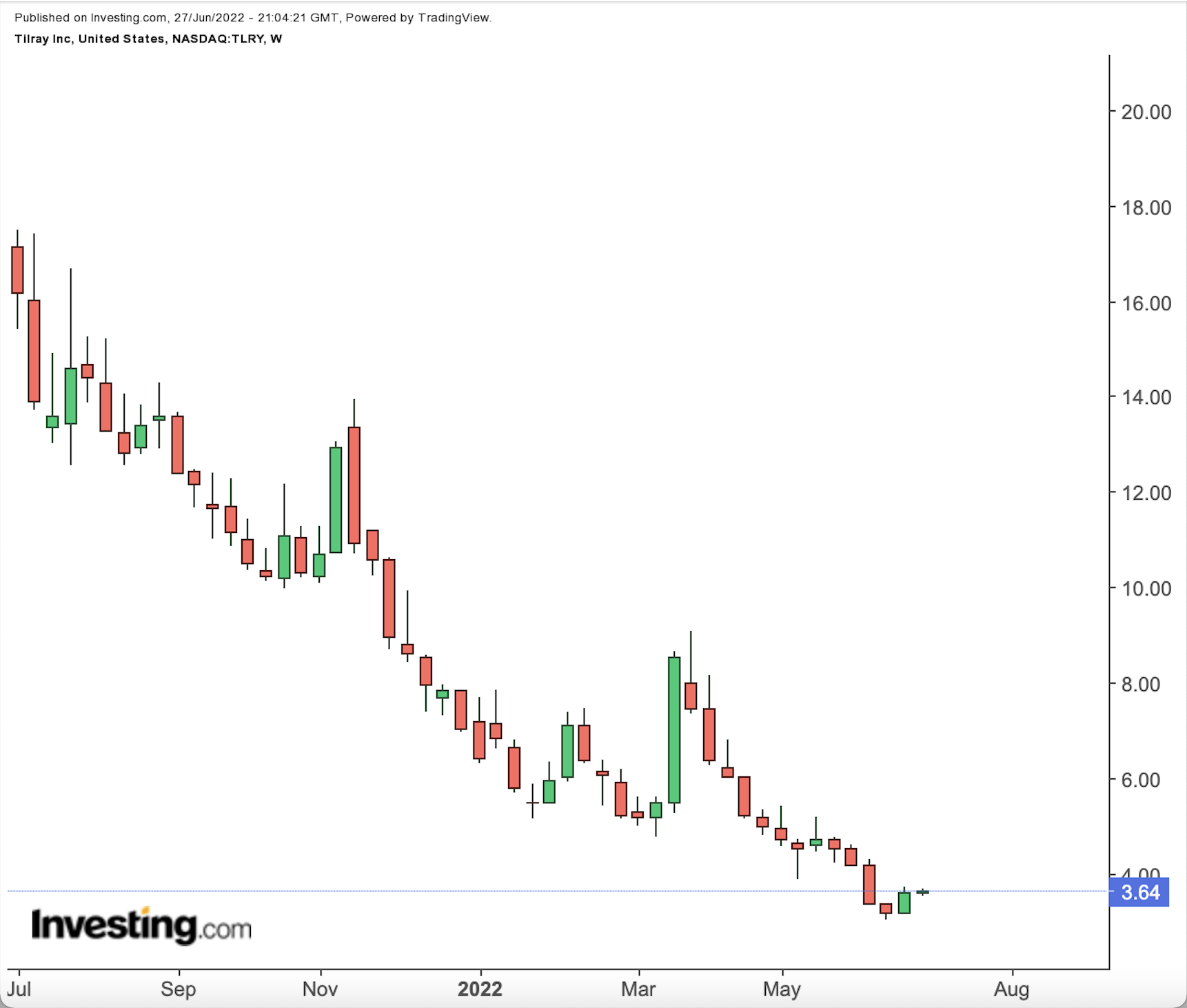 Like its peers, shares of Tilray have gained slightly since the beginning of June, but still below peaks seen in April and at the beginning of the year. In the last year, the stock has lost about 80%.

So, are any of the major cannabis stocks considered a buy anymore? Not now.

When Will US Federal Legalization Come?

Despite the US House of Representatives approving the SAFE Banking Act a total of six times, the Senate once again has opted to drop the legislative provisions that would allow banks and other financial institutions to legally provide services to state-licensed cannabis companies.

The Secure and Fair Enforcement Banking Act has been largely touted as a key move to federally legalizing cannabis in the biggest consumer market for the industry. But it was stripped from an omnibus spending bill. This recent move is just the latest source of frustration to cannabis industry stakeholders desperately looking to somehow slow the swirl as a growing list of players circle the drain.

Democrats are now poised to find a new way to get parts of the SAFE Banking Act included in another piece of legislation before the November mid-term elections, which could see the Senate majority swing back toward the Republicans, a result that is widely seen as pushing the push towards legalization farther down the list of legislative priorities.