Stocks have had a fantastic run over the past 18 months. It seems that many investors owe much of the credit to low-interest rates, making equities attractive on a relative basis. That has left many with the view that if rates remain low, all will stay well. That may not entirely be the case. Plenty of places in the world have even lower rates, yet valuations have not been rewarded in nearly the same manner.

Germany and Japan are two such examples. Both of these markets have interest rates lower than the US and both have flirted with near-zero or below zero interest rates for several years. One might think that these markets would have seen the same multiple expansion we have witnessed in the US. But you will be disappointed to learn that Japan and Germany trade with significantly lower equity multiples than the US.

The US Trades At A Big Premium 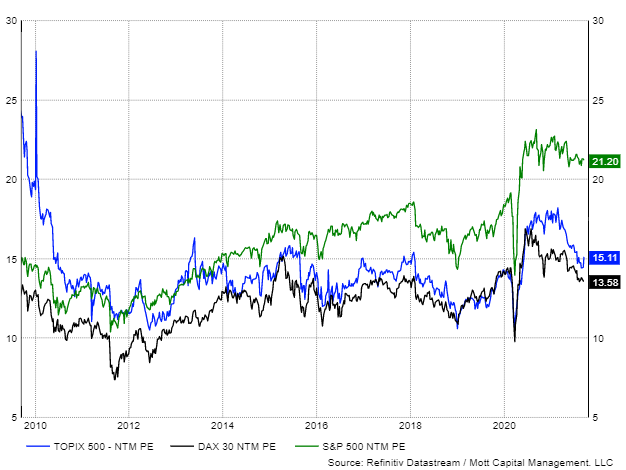 As of Sept.16, the S&P 500 trades around 21.2 times its next-twelve-months earnings estimates. That is much higher than Germany’s DAX , which trades for 13.5, and Japan’s Topix , which trades for 15.1 times its next-twelve-months earnings estimates. These lower valuations come despite significantly lower rates in Japan and Germany with 10-year yields of 0.04% and -0.31%, respectively, versus the US 10-year rate of 1.31%. 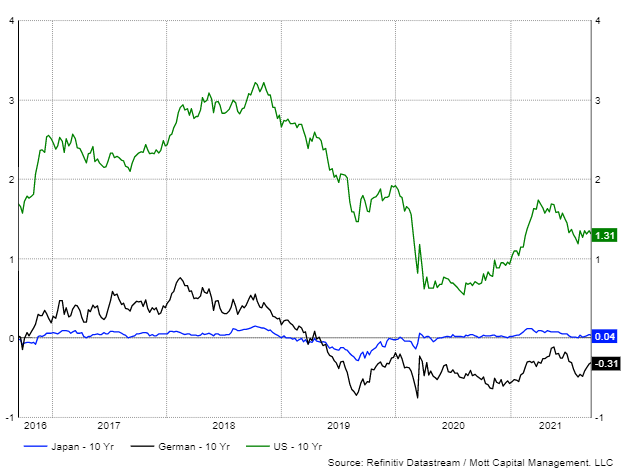 Clearly, the lower bond rates in both countries have not nearly had the same effect on the PE multiple that it is having on the US market. Historically, the US has always traded at a premium to both the German and Japanese markets. But what is interesting is that over the past year, that premium has actually gotten wider. So the lower rates have had absolutely no effect on either the Japanese or German markets.

From 2014 until 2019, the S&P 500’s PE traded with a premium of 3.8 points above the DAX’s PE while trading 2.8 points above the Topix PE. Currently, that spread has widened to 7.7 and 6.1, respectively. Clearly, the low rate environment has not lifted all markets evenly over the past year. 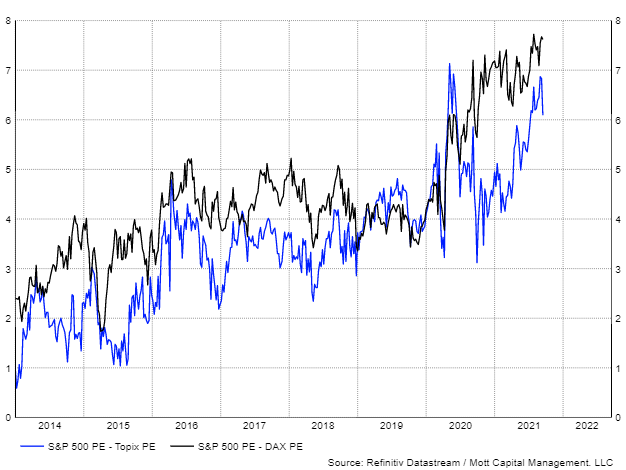 Growth Not A Factor

One can’t even point to the fact that growth in the US is expected to be faster. It is not. Japan’s Topix is expected to see much faster earnings growth over the next twelve months with estimates for 18.5%, followed by the S&P 500’s 15% and the DAX’s 11.8%. 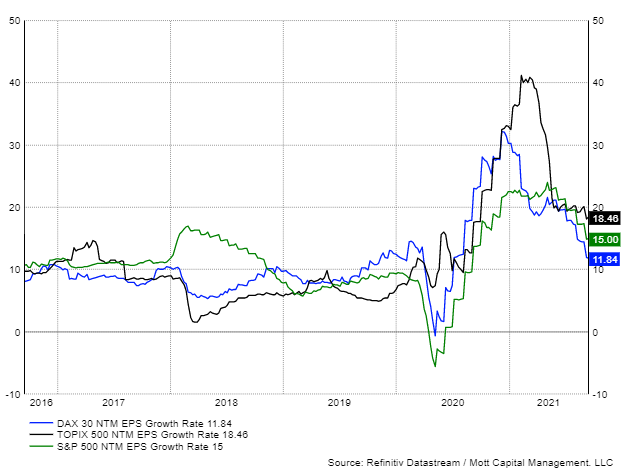 Perhaps it is a flight to quality during uncertain times sending investors to the US, looking for the most prominent and safest companies. However, it could also mean that once it is perceived, the world has turned the corner. Allocations could begin to shift away from the safety of the US. Then the US equity market could be somewhat vulnerable to a significant amount of earnings multiple compression. Which could push valuation spreads back to their historical trends.

One may never know what is really going on here. Still, it seems clear that lower rates do not specifically lift valuations for equity markets because if they did, the US would not carry the highest valuation. It does make one thing very clear, though; the current valuations suggest that either the US is extremely overvalued or Germany and Japan are very cheap.