The cryptocurrency market bloodbath continued during August as nearly all the major coins suffered double-digit-selloffs. Indeed, the market cap for all digital currencies fell to $191 billion on August 14, its lowest level since early November of last year, and more than $600 billion off its all-time high of $828 billion on January 8.

Further pressuring the crypto market during the past month: the US Securities and Exchange Commission (SEC) delayed their ruling on a proposed Bitcoin-related exchange-traded fund (ETF) from VanEck and SolidX, a move that crypto bulls believe would have greatly increased the size of the market. Crypto enthusiasts now have a few weeks in limbo. The SEC has pushed decision-day to September 30.

For the better part of a year, cryptocurrencies have been in steady decline, dogged by a number of exchange hacks, which included a security breach at South Korean crypto exchange Bithumb—one of the largest exchanges in Asia. Regulatory concerns centered on the integrity of the nascent technology, specifically in South Korea and China, have also weighed.

During August the price of Bitcoin , the world's biggest virtual currency by market cap, fell nearly 10%, to end the month at around the $7,000-level. Bitcoin is off some 50% since the start of the year as regulators around the world stepped up scrutiny of an asset class (and industry) that was initially embraced by those distrustful of banks and government control over monetary policy. 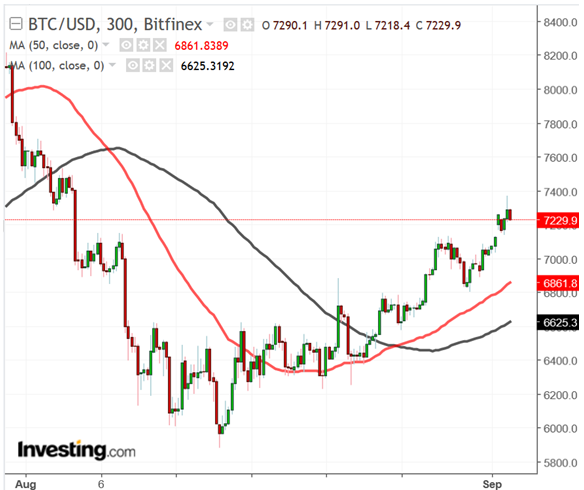 Technically, over the course of the month, most digital currencies failed to break out of their downtrends and rise back above their respective 200-day moving averages. This usually signals that sellers remain in control.

Highlighting just how bearish the action in cryptos was in August, there are now just 15 digital currencies with a market cap greater than $1 billion, compared to 19 at the end of July. Of the 15, all closed the month lower than where they had started on July's final day of trading.

Below we take a look at some of the biggest losers from among the most valuable cryptocurrencies that logged the largest declines over the past month.

[Note: This post should not be considered an endorsement, nor investment advice. It’s merely reportage. Do your own due diligence before investing in any particular asset or asset class. Coin statistics were collected on September 1, 2018. Values might differ depending upon when this article is being read.]

NEM is a peer-to-peer cryptocurrency and blockchain platform that launched on March 31, 2015. Built with businesses in mind, NEM's blockchain is designed to offer a streamlined method for maintaining a secure ledger of transactions.

Year-to-date, NEM is down a whopping 89%, making it the one of the biggest crypto losers of 2018. 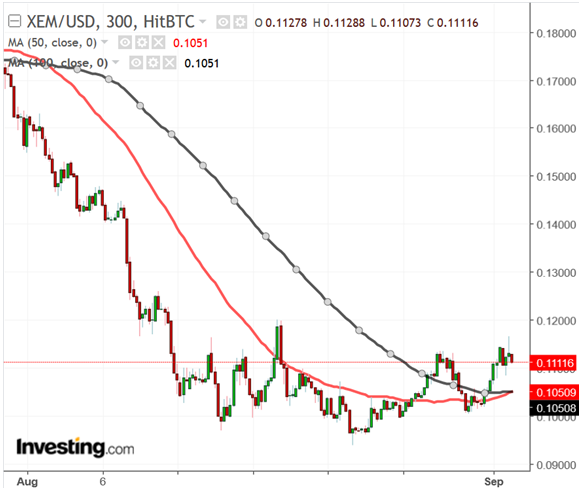 There has been no particular reason for the recent slide in NEM's price aside from it mirroring the price slumps experienced by nearly each of the top 15 cryptocurrencies in the market during the month. From a technical perspective, NEM's chart indicates that the digital currency may have found a short-term bottom. Prices managed to reclaim their 100-day moving average (DMA) at around $0.10500-level.

Ethereum , is an open software platform based on blockchain technology that enables developers to build and deploy decentralized applications that run smart contracts. It was proposed in late 2013 by Vitalik Buterin, a cryptocurrency researcher and programmer, and launched in 2015. 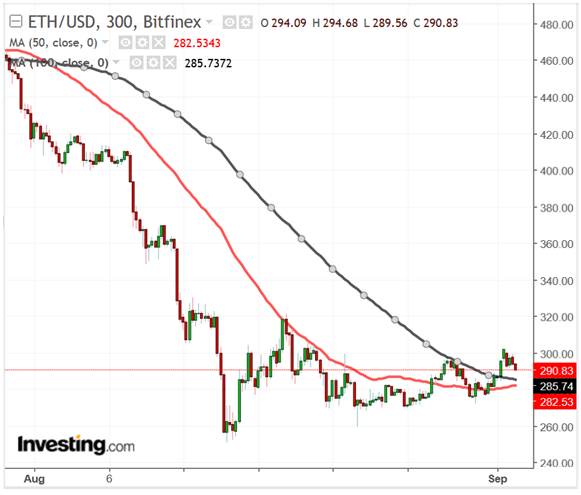 Crypto traders believe the crash was sparked by startups that had raised funding in Ethereum through initial coin offerings (ICOs) cashing in their holdings during August for traditional fiat money that can be spent on development. From a technical view, ETH/USD pushed above its 100-DMA close to the $285-level on the last trading day of August. That's an encouraging sign for the bulls. However, to show that selling pressure has been exhausted, it next needs to successfully defend that level in the near-term.

NEO , dubbed by many as the 'Ethereum of China', is a blockchain platform and cryptocurrency which enables the development of digital assets and smart contracts. NEO's price on August 1 was $29.66, before it sank 32.2% to end the month at $20.09. The digital currency reached its worst level on record, $13.80, on August 14.

Currently the 13th most valuable alt-coin in circulation, NEO has a market cap of around $1.4 billion. It's down 72% so far this year, making it one of the worst performing cryptocurrencies of 2018 to this point. 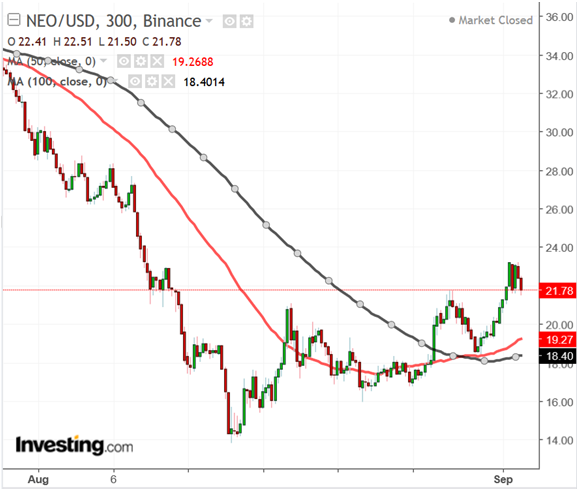 Like the rest of the crypto market, NEO has been in a downward spiral for the past few weeks, with no particular fundamental catalyst driving the sharp descent. It's possible NEO could be in the process of bottoming, as prices started to recover during the last few days of August. If that's the case, it could be compelling buy going forward.

From a technical standpoint, price action remains positive as long as it stays above the key 50-and- 100-DMAs.

Other Not-So-Honorable Performances In August

Along with the three digital coins mentioned above, here's how the remaining major cryptocurrencies—Bitcoin, XRP , Bitcoin Cash , EOS , Stellar , Litecoin , Cardano , IOTA and Monero —which round out the Top 10 in terms of market capitalization performed: 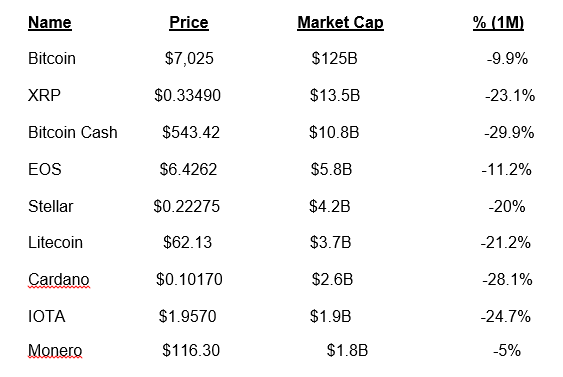