Gasoline prices in the United States have declined slightly in recent days, but they are still high enough that the Biden administration is getting desperate. 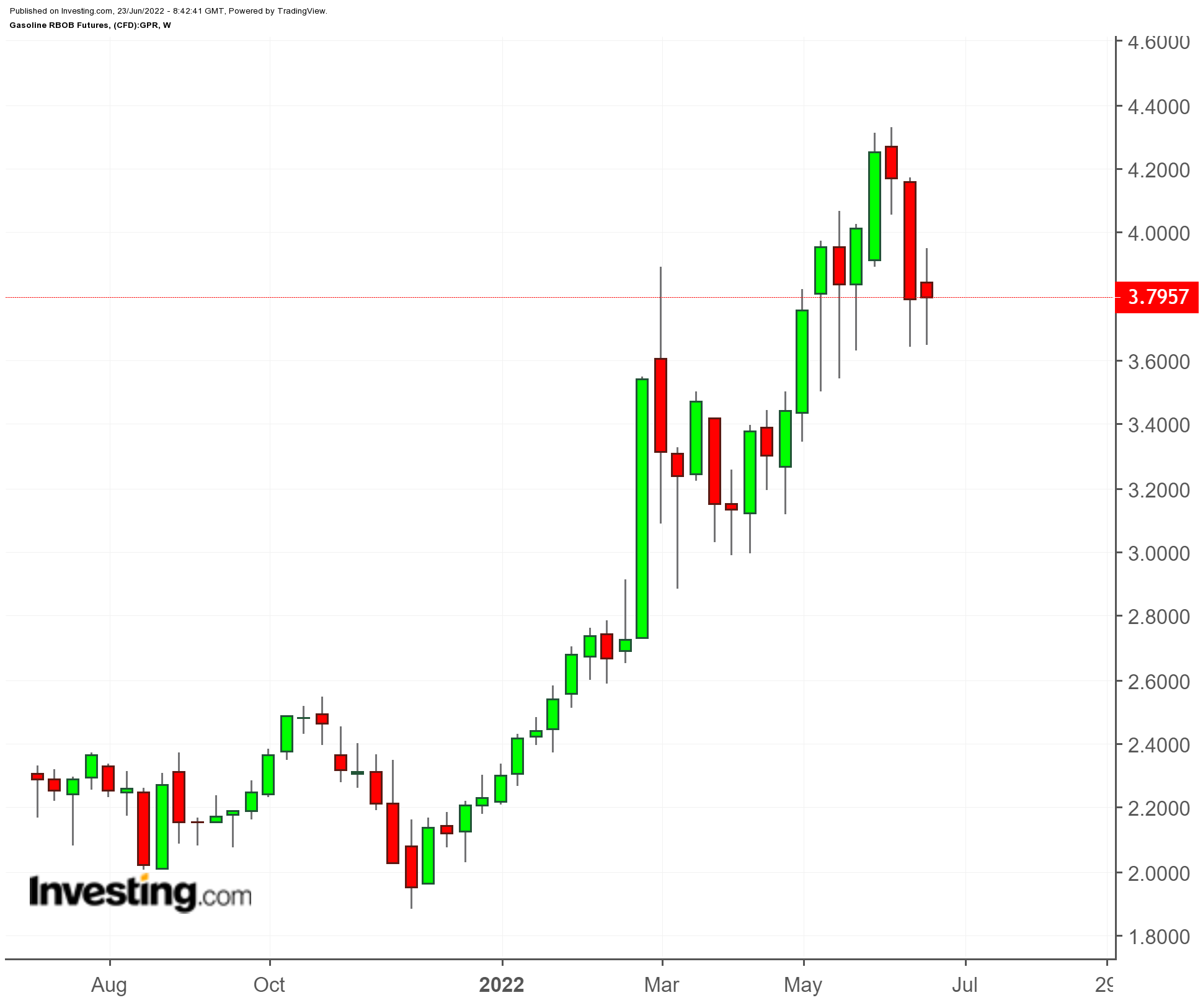 The situation could be very damaging for congressional Democrats during the midterm elections in November, but, so far, Biden’s policies—such as the 260 million barrel SPR release—have neither succeeded in bringing down oil nor gasoline prices. 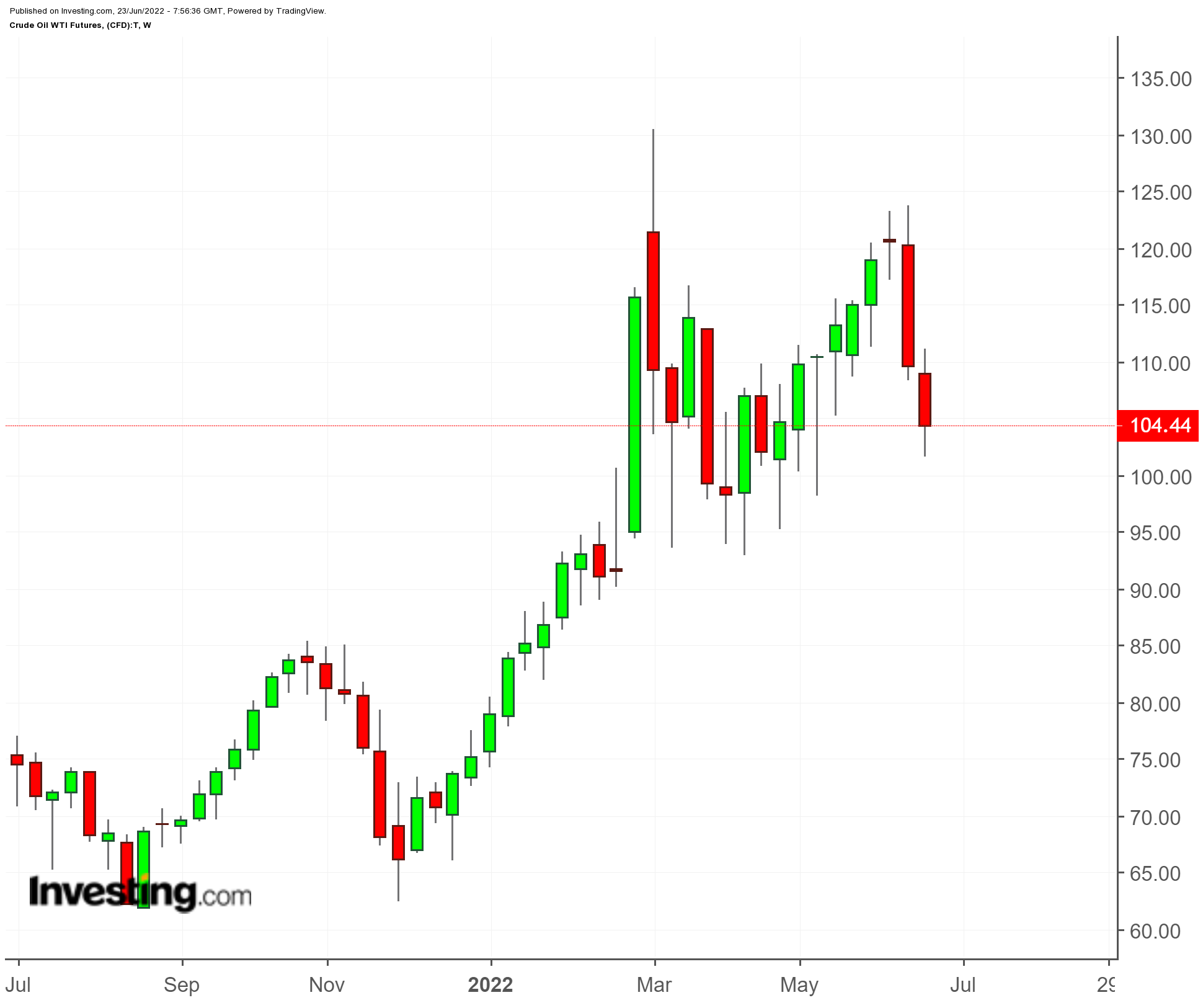 Here's a look at other policies the White House is considering and what traders should know about how likely these changes are and what impact they could have on the market.

1. Meeting With Oil And Gas CEOs

Seven oil company CEOs are due to attend a meeting scheduled to take place on Thursday, June 23 at the White House. Among those invited are the CEOs from BP (NYSE: BP ), Chevron (NYSE: CVX ) and Phillips 66 (NYSE: PSX ).

It is possible that this meeting will result in concrete measures that the Biden administration can take to alleviate regulatory bottlenecks that are preventing new oil and gas drilling and transportation projects from proceeding.

In return, oil executives could pledge to increase production. It is also possible that the Biden administration will use the opportunity to further berate the oil industry and ask the CEOs to justify the $35 billion in profits they made in the first quarter of 2022.

The Biden administration is asking Congress to suspend the federal gasoline tax for three months and is calling on state governments to also suspend their state gasoline taxes at the same time.

The Federal gasoline tax is only 18 cents per gallon, but the average state gasoline tax is 54 cents. Together, these actions could result in a nearly $1 per gallon reduction in the price of gasoline for many consumers.

Although this would temporarily bring down prices at the pump, it would not materially impact the price of oil. In fact, there are some signs that this policy could actually cause oil prices to move higher.

High gasoline prices have been causing cutbacks in gasoline consumption, which is easing the tight gasoline market. While the price of gasoline is lowered, supply is not increased in parallel, so we could see rising demand for gasoline without the necessary supply.

This would push up both gasoline and oil prices, potentially negating the price reduction (from suspending the taxes) for consumers.

This is a proposal that is starting to make its way through Congress and would have to be passed by both the House and Senate before it could be signed into law by the President.

It is likely that the President would favor this legislation since he has repeatedly criticized oil companies for making too much in profits. However, this policy would do little to meet the Biden administration’s goal of decreasing prices for consumers.

If anything, it would mean higher oil prices for longer, because oil companies that operate or do business in the U.S. will have less cash to funnel into exploration and production and would further deter companies from producing U.S. oil resources.

In November 2021, the U.S. exported 3 million bpd of crude oil. If U.S. exports were banned, this would likely not help decrease the price of oil or gasoline in the U.S., because the removal of American crude oil from global markets would result in an increase in global oil prices.

The Biden administration has hinted that it is considering implementing a full or partial ban on the export of petroleum products. This would be unprecedented. Even when the U.S. banned crude oil exports, petroleum products were still exported.

They will argue that although it would temporarily flood the U.S. market with diesel, gasoline, and jet fuel, it could also end up causing shortages in the medium and long term as refiners cut runs to adjust to supplying only U.S. needs.

A ban would also cause a massive disruption in the global refined products market where the U.S. plays a major role, exporting about 6 million bpd of refined petroleum products. The global disruption would cause international prices to increase.

The Jones Act is a law that mandates that goods shipped between ports in the U.S. must be transported on ships that are built in the U.S. and owned and operated by American citizens or U.S. permanent residents.

This includes petroleum products, and the Jones Act is a reason why prices for petroleum products on the East Coast are higher than they have to be, especially when there is a shortage of available American-flagged ships.

The Jones Act is frequently suspended in the aftermath of hurricanes in order to supply gasoline and diesel to affected areas quickly as residents work to recover.

Suspension of the Jones Act now could help decrease gasoline and diesel prices on the East Coast by reducing transportation costs and eliminating some transit bottlenecks. It likely would not impact the price of oil worldwide, but could help bring down costs for consumers.

7. Behind The Scenes Pressure On Speculators, Producers, Refiners, And Foreign Companies

We cannot foresee what pressure the White House might try to exert or what favors it might offer as the November elections approach.

The White House is desperate now, more than four months away from the coming election day. We can assume that if prices do not drop significantly—perhaps by as much as 40% or 50%—the administration will be even more desperate and willing to make a deal in September or October.