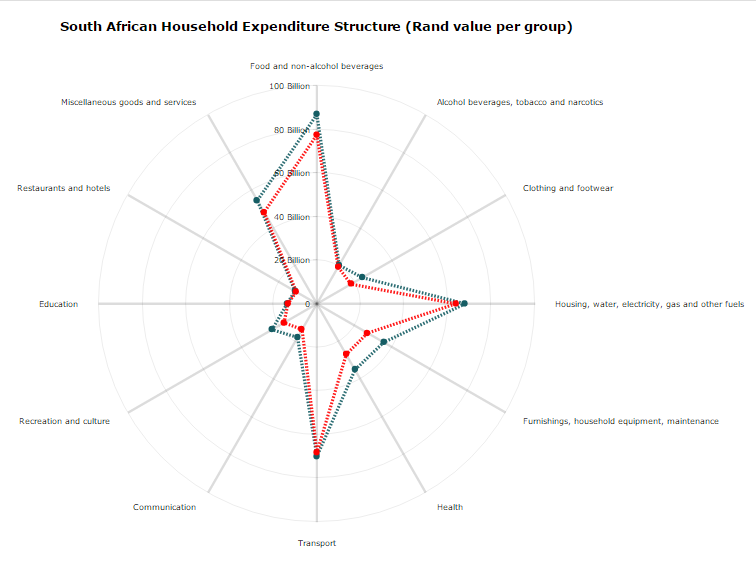 Instead of looking at the usual bar and line charts, we decided to plot spending pattens on a radar chart. This provides a better picture as to where exactly consumers are spending their money. The above radar chart shows the value of expenditure (after being adjusted for inflation) for September 2010 (the red line) vs September 2016 (the blue line). September 2016 and September 2010 was selected as the latest GDP Expenditure figures released is for September 2016 and we want to compare the same month of a different year to eliminate discrepancies due to seasonal variations. As one can see the growth in spending from 2010 to 2016 has not been substantial. While there has been relative growth in the value of spending over the 6 years, in a few cases spending hardly even increased. Look at Hotels and Restaurants for example or Education, where hardly any growth in spending has taken place over the past 6 years.

While looking at the value spent per group provides a picture of the value of spending, the radar chart below provides more details on the percentage of consumers money spent on each group for the same time periods. 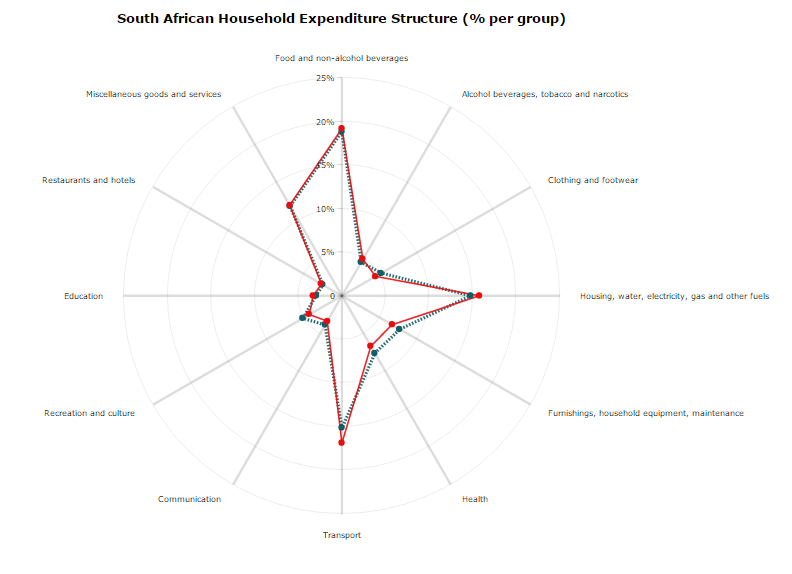 As with the radar chart above, the red line represents September 2010 and the blue line September 2016. As the chart shows, as a percentage of total consumer spending, Health, Recreation and Culture, Furnishing and clothing and footwear all increased , while Transport, Education and Alcoholic Beverages and Tobacco showed declines in terms of their relative percentage of total household spending. But while there are small variations in consumer spending patterns it is nothing dramatic and no real shifts of significant magnitude. 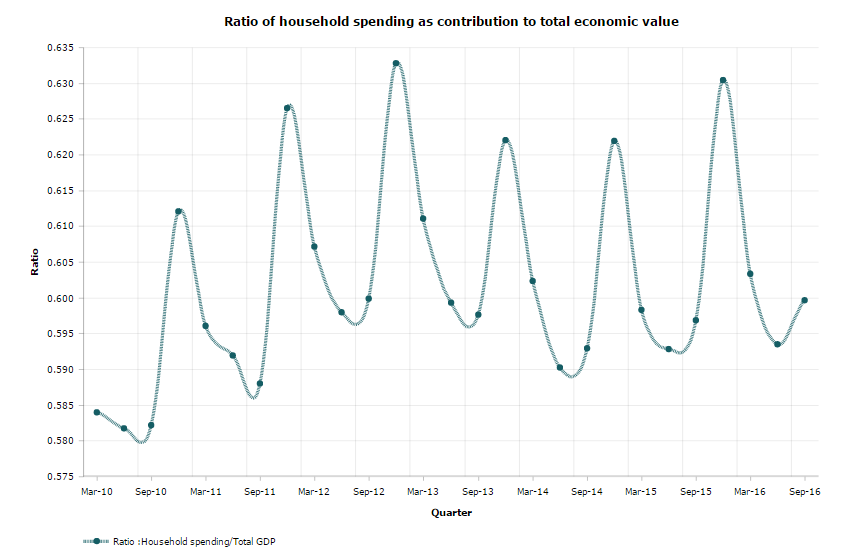 As can be seen from the line graph household spending as a proportion of the total economy hovers around 60%. Yet during the last quarter of every year (the December values) it's proportion of the total economy is larger than in the other quarters. There are two main reasons for this. Companies close their doors for the holidays, which means company contributions to the economy is less as they are closed for the holidays. And on the other side, consumer spending spikes over the Christmas holiday period, not only due to Christmas but do to the fact that so many consumers are on holiday and when on holiday consumers are more inclined to spend money than they would be during working periods.