Another day, and another record high for the US market. Looking forward to the rest of 2020, things are aligning for another good year in equities. Brexit is behind us, inflation is staying low, the trade war is de-escalating, and interest rates are heading lower. It probably won't be another year of 30% growth, but if we got 10% in USD, that would be good going. Yesterday, the latest Business Confidence Index (BCI) for South Africa was released. There was a slight uptick from the month before, but the level is still very low.

A client sent us this article yesterday - Who is SA's Best Entrepreneur?. It is written by Alec Hogg and is a good read, so we decided to share it with you.

While Elon Musk may be South Africa's highest profile business export, even after the recent surge in the Tesla share price, he certainly isn't the most successful. Not by a long way. That honour belongs to a Wits-educated former senior partner at Werksmans, a 70 year old you've probably never heard of called Rodney Sacks.

The youngest person to ever make partner, after almost two decades with the law firm Sacks relocated to California in 1989. A year later he teamed up with another Witsie, Hilton Schlosberg, to lead a consortium which paid $12.5m for a company called Hansen Natural. That business is now known as Monster Beverage Corp (NASDAQ: MNST ), owner of the world famous energy drink.

But the real achievement of the men behind Monster (market value $34bn ? R500bn), are the world-beating returns they have delivered for investors. An analysis on the best performing stocks of the century so far by howmuch.net trumped that of all shares you could have invested into when the now 20 year old century began, Monster has turned out to have been the very best of them.

The site calculates an investment of $100 into Monster in January 2000 is now worth over $62,000? well clear of second placed Netflix (NASDAQ: NFLX ) ($23,171) which is almost double third best performer Equinix (NASDAQ: EQIX ) ($12,150). Sacks, who is Monster's chairman and CEO, and the company's CFO Scholsberg are celebrated as among the best entrepreneurs on earth. Time they were recognised in the same way back home.

One of the main reasons that the stock market should continue to trend up for the rest of your (and mine) life is due to a growing global population. Currently, there are between 7 and 8 billion people on the planet, with that number expected to reach between 10 and 12 billion in the next 80 years.

Having an extra 5 billion people (customers) walking the globe is rather significant. Each extra person needs to eat, have shelter, be clothed, have a cellphone and use the internet. This is before we even consider the growth in the global middle-class thanks to poverty eradication efforts going on. More people, means more sales, means more profits and higher share prices.

Visual Capitalist had the following graphic showing how the population has changed over the decades. Note, there are more people on the planet and a much higher proportion are of older ages. This long term macro trend is something that you must take advantage of in your investment portfolio.

Adding on to what Byron wrote yesterday about the growth of Apple's App Store. According to Apple (NASDAQ: AAPL ), the platform has created over 1.5 million jobs across the globe; where Statista describes it as the 21st century's gold rush.

The App Store is one of the fastest growing divisions of Apple's Services business which also includes revenues from Apple (NASDAQ: AAPL ) Music, Apple Pay, Apple Care and the iTunes Store. On New Year's Day, Apple loyal customers spent over $386 million on the App Store making it the biggest one day sales record for the company. 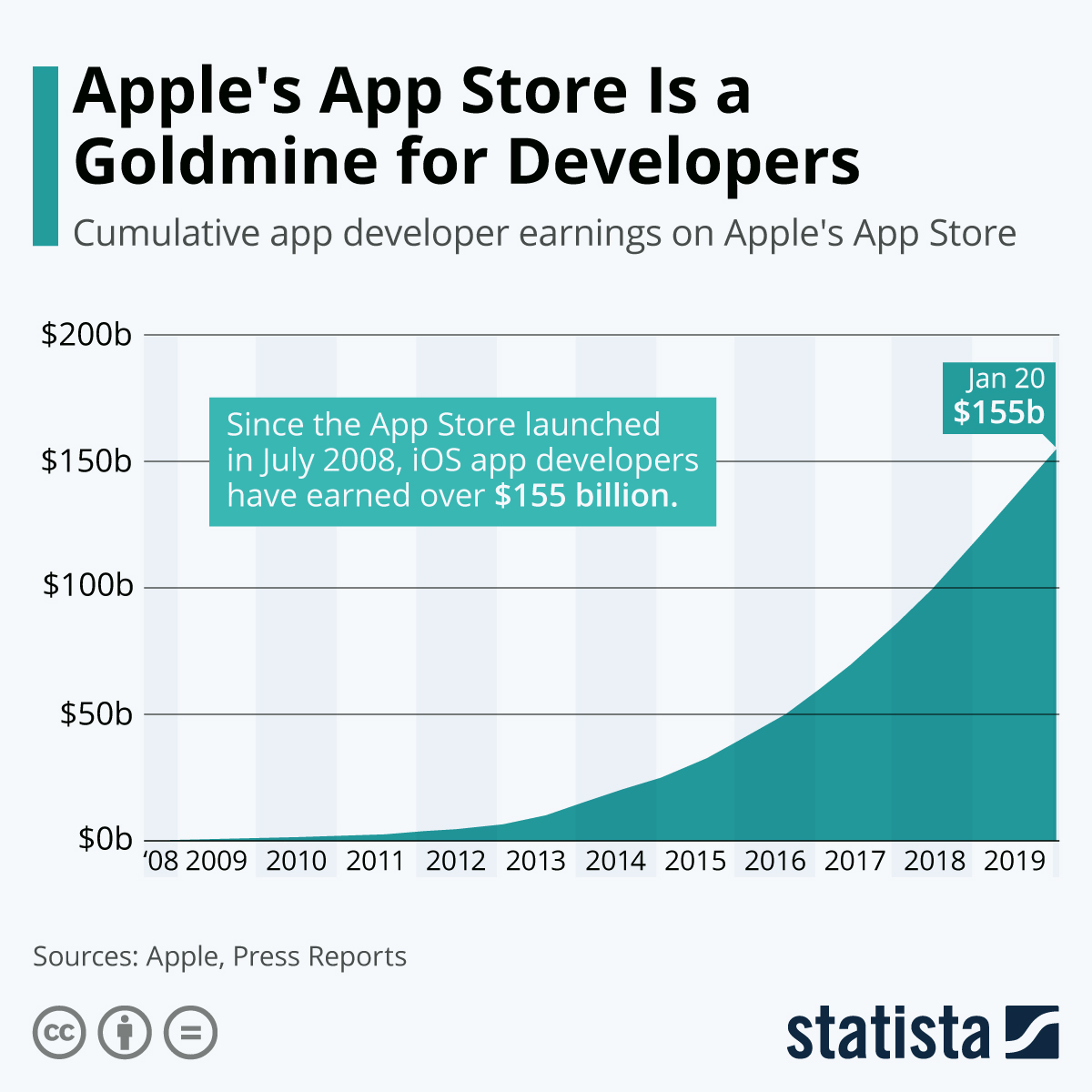 It has been a slow start to the year. Next week, things begin to pick up, when the SARB's MPC meet and the US and China sign their phase 1 trade deal. It is jobs day in the US, where at 15:30 we get the latest labour statistics. Another strong read will give the bull market wings! The JSE All-share is higher this morning.

Sent to you by Team Vestact.