It’s now official. The new German coalition government will legalize cannabis for recreational use. For the markets, this is a positive development. But how much affect will it have is another question.

The move is included in a lengthy governing deal struck in a power-sharing agreement between the country’s Social Democratic Party, the Free Democrats and the Green Party to govern the country in the wake of country’s recent elections, which saw Chancellor Angela Merkel step down after 16 years. According to the agreement struck last week, the sale of cannabis will be allowed to all adults.

With a population of roughly 83 million, Germany will become the largest legal marijuana market. It will also be the second European country to legalize the weed for recreational use. Luxembourg was the first EU country to legalize both the use and cultivation of marijuana.

The German coalition government’s agreement did not, however, provide any timeline for the move. And in the context of the lengthy agreement reached between the governing parties, it is not clear where it lies on the lengthy list of priorities outlined.

TerrAscend Takeover Deal Gets Thumbs Up 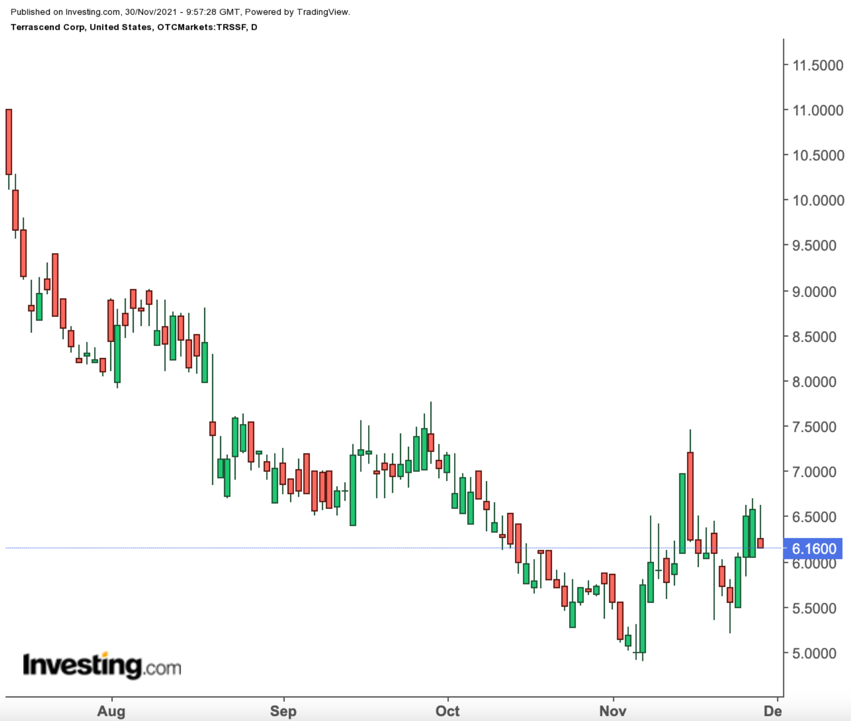 A total of 99.78% of TerrAscend shareholders approved the deal. The takeover also has received regulatory approval.

Shares of TerrAscend gained on the news, hitting a high of US$7.28, when the deal was confirmed earlier this month. But the stock has retraced some of those gains since. Shares closed last Friday at US$6.58. Yesterday, they finished at US$6.24, down just over 5% on the day.

Ahead of the open on Monday, Gage Growth released third quarter earnings, posting revenues of US$27.2 million for the three-month period that ended Sept. 30. The figure represents an almost 120% increase over the same period last year.

The company saw its gross profits and gross margins improve, and its net loss drop to US$3.4 million, compared to US$9.4 million in the previous quarter.

“In the third quarter of 2021, Gage had a record performance across all financial and operating metrics.”

“We are very pleased with the announcement of the proposed acquisition of Gage Growth by TerrAscend. Our shared strategic and corporate values make this combination a strong fit, and I am extremely excited and looking forward to executing on our shared strategy of deep vertical integration and scale in our core markets.”

Shares of Gage Growth yesterday closed at C$2.24 (US$1.75) on the Canadian Stock Exchange, down more than 6% on the day.

Shares of Green Organic Dutchman (OTC: TGODF ) (CSE: TGOD ), a small Canadian-based marijuana grower, took a bit of a plunge last week, dropping just over 18%, after releasing its third-quarter results. The drop came despite reporting a 140% increase in year-over-year revenues. 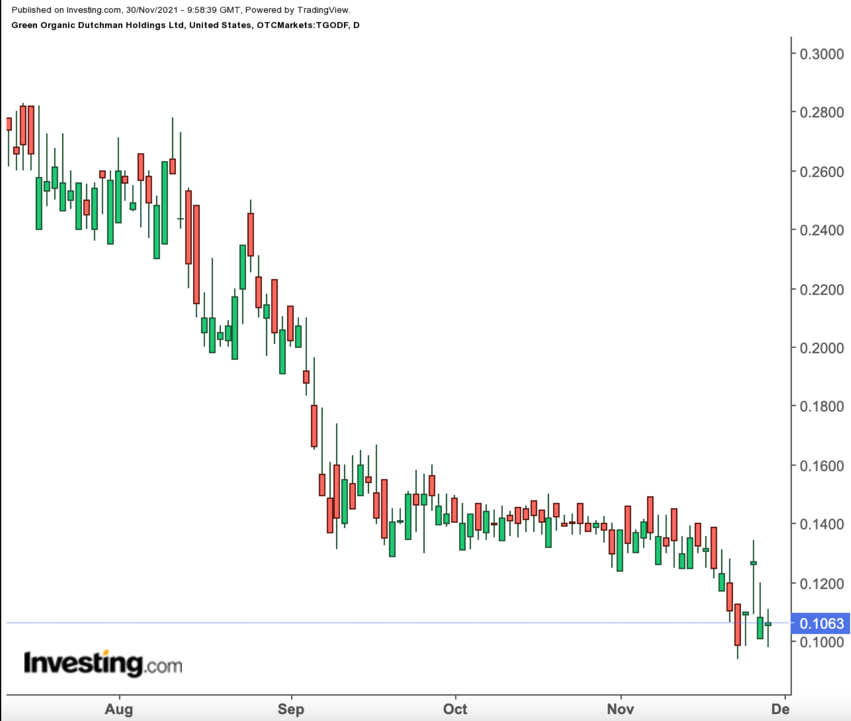 The company, which markets recreational cannabis in Canada as well as organic medical brands in Australia, Germany and South Africa, also reported a C$14.1 (US$11.03)-million net loss. Although this figure was substantially less than net loss of C$75.6 (US$59.12) million reported in the same period a year earlier, it was not enough for investors it seems.