The GBP/USD extended its declines for the second day this morning despite the release of some better-than-expected UK data. The cable’s weakness was exacerbated by a rebound in US dollar as yields remained supported following their impressive recovery the day before.

But with US inflation figures disappointing expectations this week, the “peak inflation” narrative could return and support major currencies against the greenback, including the GBP/USD. Today’s focus will be on the University of Michigan’s closely-followed Consumer Sentiment and Inflation Expectations surveys. If they are consistent with recent data showing weakening price pressures and economy, then I would expect to see the dollar and yields drop on the back of it, providing the cable a lift. 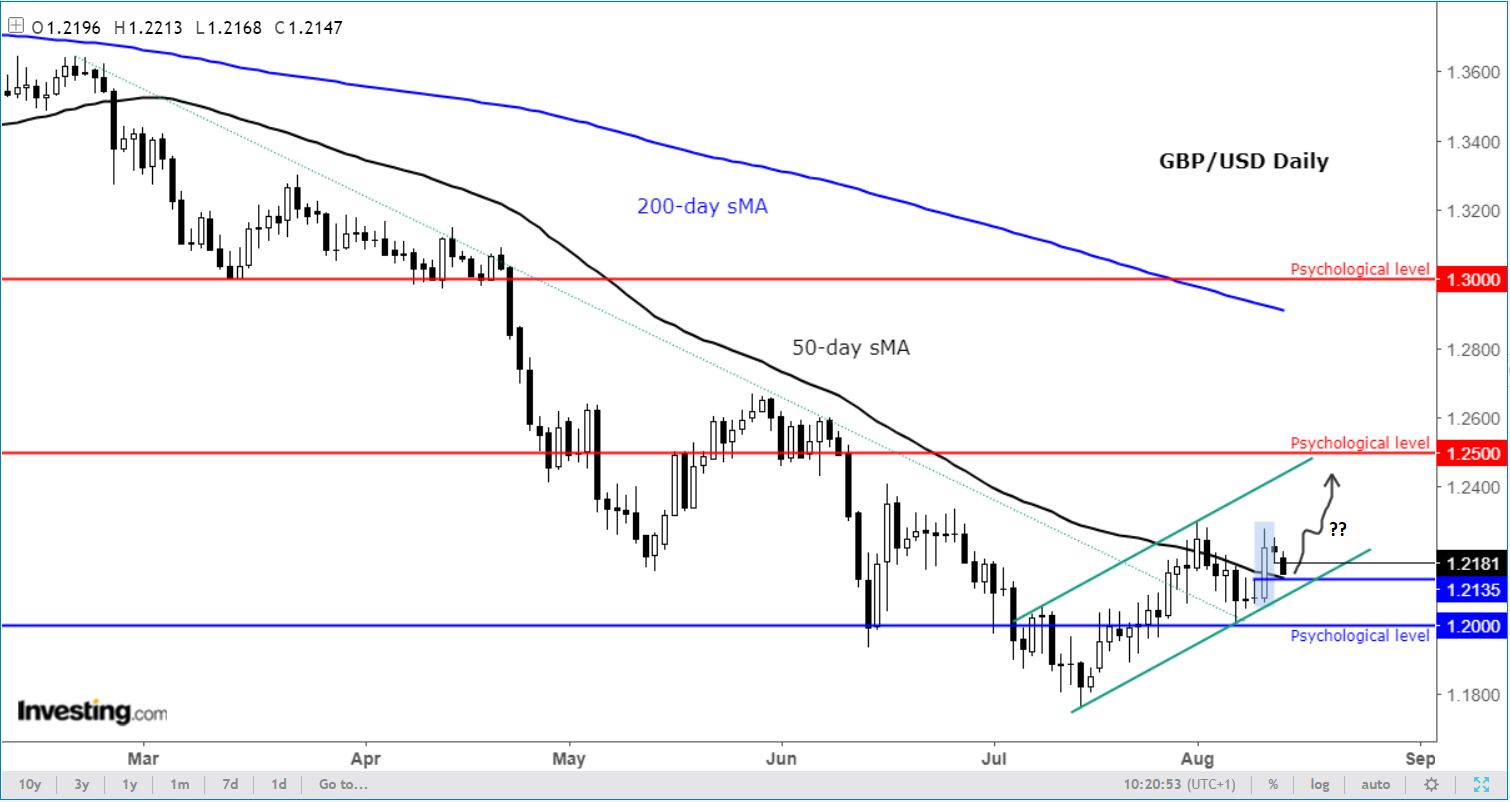 Despite the weakness over the past couple of days, the GBP/USD’s near-term technical outlook has turned somewhat positive in recent weeks after it reclaimed the 1.20 handle, broke its bearish trend line, and established a bullish channel. On Wednesday, the cable broke above the 50-day moving average and short-term resistance in the 1.2130 to 1.2150 range. But after the rally stalled, the cable was quick to retreat, falling back to that 1.2130-1.2150 area which was being tested at the time of writing.

It is essential the bulls hold their ground here, or at least remain inside the channel to keep the overall positive trend alive. However, in the event of a breakdown from the channel, this will invalidate the positive outlook and a return to 1.20 would then become likely. But my base case scenario is that it will be able to rebound for the reasons stated above, given an overall positive risk sentiment in the markets with equities rising, etc.

As mentioned, the cable’s weakness comes despite earlier data showing the UK economy contracted less than expected, while the drops in construction output and industrial production were also lower than feared. The UK data still points to a contraction in Q2 and with cost of living getting worse by the day, the future doesn’t look too great either.

But the GBP/USD could still find support in the coming weeks and months for three reasons. First, economic conditions in the UK could brighten more than expected and the great weather we have had over the summer could very well help the services sector in particular. Second, much of the bad news is already priced in for the cable. Last but not least, the GBP/USD could find support because of a potential drop in the US dollar, if recession concerns there intensify or more signs emerge about peak inflation.