Gold started Monday's session on the right foot, reflecting a slightly calmer tone across financial markets as the new U.K. Chancellor decided to reverse most of the controversial mini-budget measures.

Still, the fundamental backdrop looks unfavorable for low and zero-yielding assets, owing to an environment of rapidly rising interest rates.

The short-term optimism added downward pressure on bond yields, and as such, the likes of the GBP , EUR , and gold all edged higher, along with equity markets.

But with gold closing lower last week, which ended a two-week recovery, the path of least resistance continues to be to the downside. The metal's inability to hold above the 2021 low at $1676 means the bulls will be discouraged from looking for dip-buying opportunities, while the sellers will have more reason to press ahead. 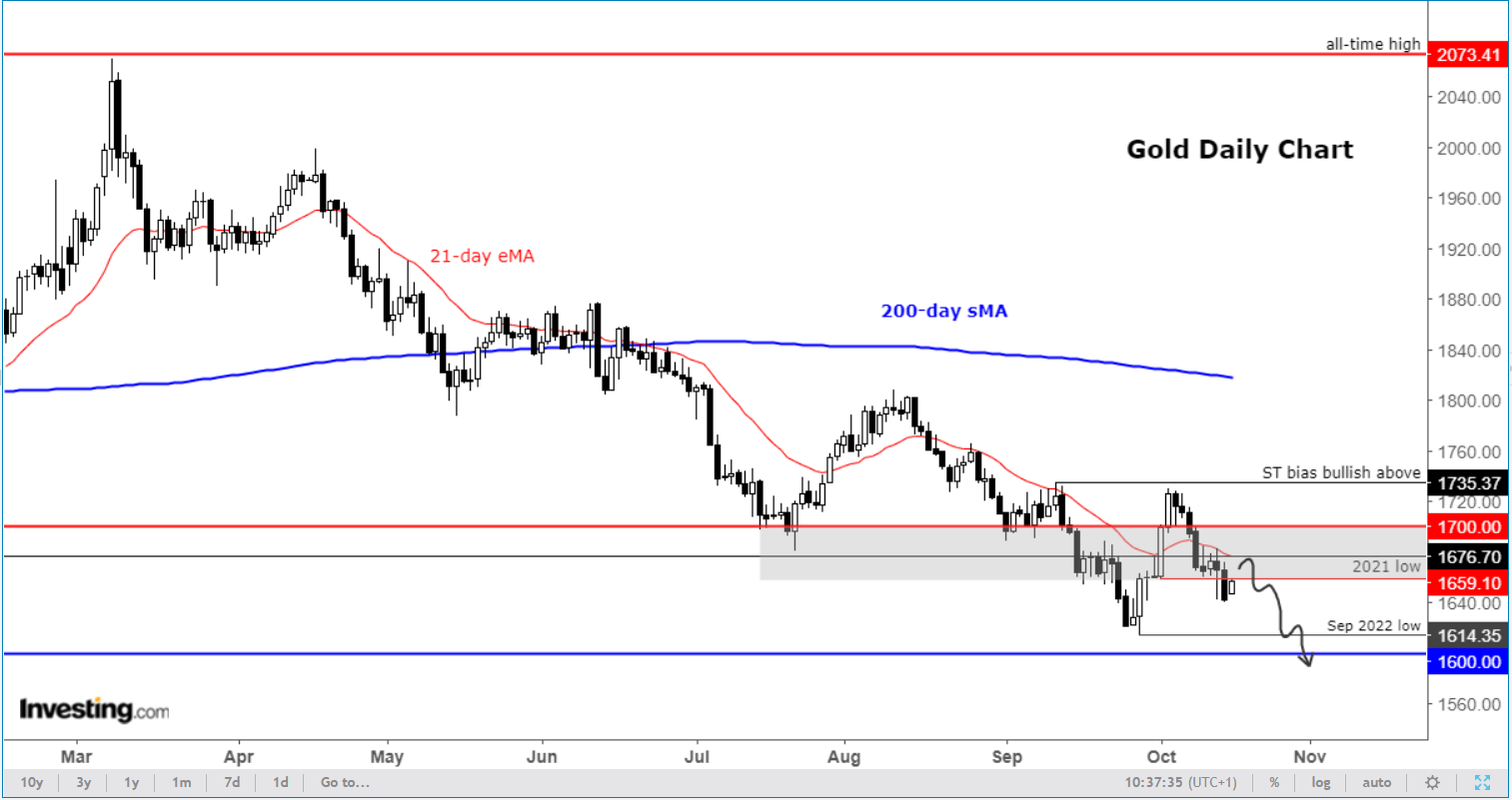 At the time of writing, gold was testing the lower end of a key resistance area between $1660 to $1676—which had been a support in the past. If the sellers manage to defend their ground here, the next move for gold could be a drop below the September low at $1614-ish to take out liquidity that would be resting there—i.e., sell stops from trapped long traders.

I still think that not much has changed fundamentally to warrant excessive risk-taking, given that the Fed is still very hawkish and likely to raise rates by 75 basis points again at its next meeting. Against this backdrop, zero-yielding gold will likely remain under pressure despite today's rebound.

In fact, we saw more reasons last week why interest rates could continue to rise aggressively. For one thing, the latest U.S. CPI measure of inflation was stronger than expected, dashing hopes that the Fed would pivot to a more dovish stance. For another, the University of Michigan's inflation expectations indices, which are forward-looking, suggested that price pressures are becoming embedded.

That is not precisely what the Fed wants right now. Nearly all the FOMC members agree that the US central bank still has a lot of work to bring inflation down and that a more restrictive policy is needed. But with inflation expectations on the rise, their job will be even more challenging.