When the Minutes were initially released, the price of silver surged, gaining 0.6% within the hour. However, after that, bulls struggled to maintain the advance, which flipped into a decline.

At the same time, gold and Treasuries rose, while the dollar dropped. It seems that, after an initial knee-jerk reaction to the release, investors reverted back to focusing on the ongoing 50 basis point hikes, which FOMC members indicated they would support. 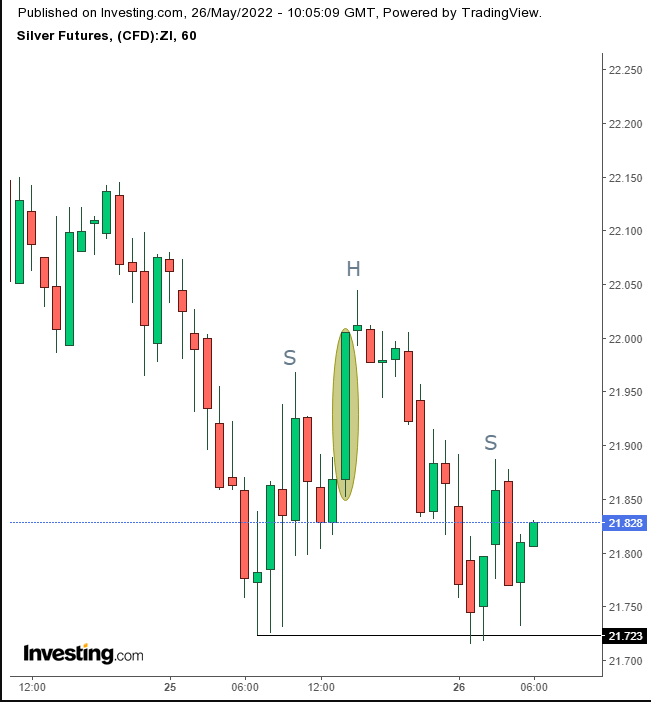 From a technical perspective, silver futures formed a small H&S continuation pattern on the hourly chart. A downside breakout below the $21.7 level would presumably create a chain reaction of stopped-out longs and triggered shorts that would send the price of silver 0.32 cents below the $21.72 neckline, to $21.4.

How bearish is the outlook for the white metal? Take a step back and look at the larger picture: 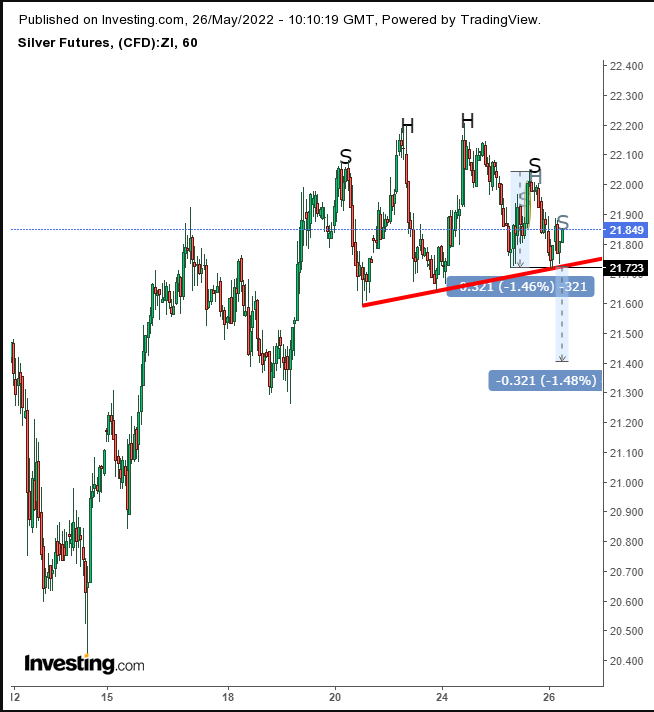 In this view, the H&S mentioned above is but the right shoulder of a larger, complex H&S top. However, due to the rising angle of the neckline, which is eating away at the pattern's size at the breakout point, it won't necessarily provide a lower target.

Still, it reinforces the bearish interest via an additional signal. Now, take a look at the daily chart: 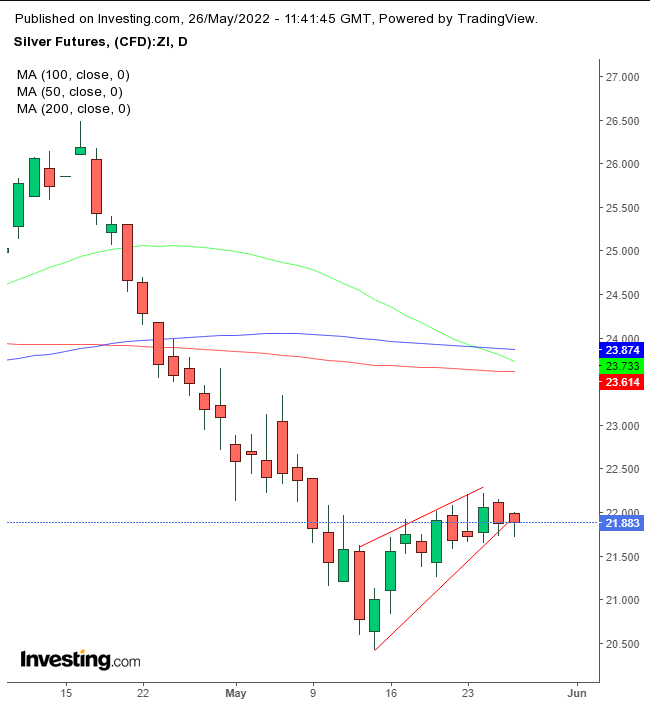 The broader chart reveals that these hourly tops are part of a daily Rising Flag, bearish after the $6, or almost 23% plunge in three and a half weeks. The Flag's downside breakout will indicate another leg down of similar magnitude.

The 50 DMA crossed below a falling 100 DMA and is about to drop below the falling 200 DMA, triggering a Death Cross. This MA relationship signals a completing flag. 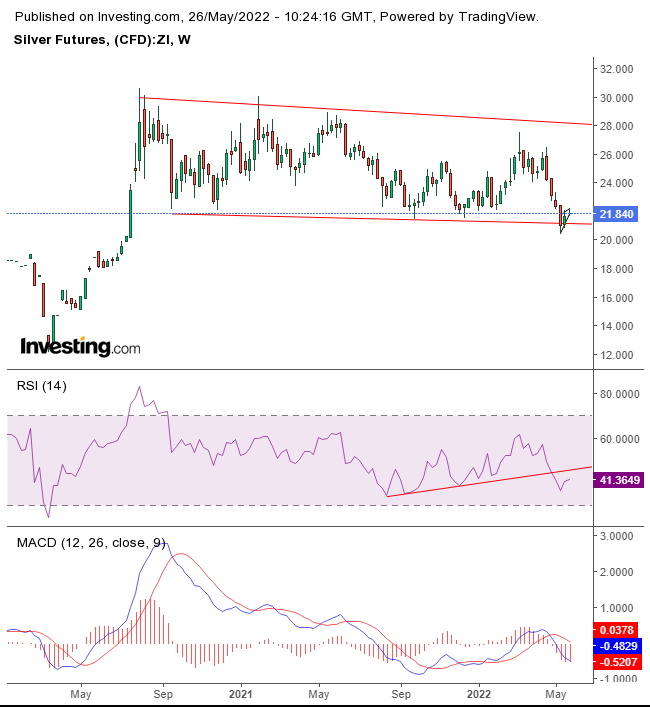 On the weekly chart, silver prices have fluctuated between $28 and $22 since August 2020. The next move could determine whether prices will return to the range top or repeat the same action but heading lower.

Clearly, this price level is critical.

Conservative traders should wait for the weekly pattern to play out. If the Flag completes, they could go short if a return move finds resistance by the bottom of the weekly range.

Moderate traders would short upon the Flag's downside breakout and wait for a corrective rally.

Aggressive traders could short when the smaller H&S completes.