This week’s anticipated rebound in crude oil could be stalled by G7 plans to revive the Iran nuclear deal for a workaround to the Russian oil squeeze, a proposition that comes amid lingering fears of a US recession and a seemingly ruthless Federal Reserve. 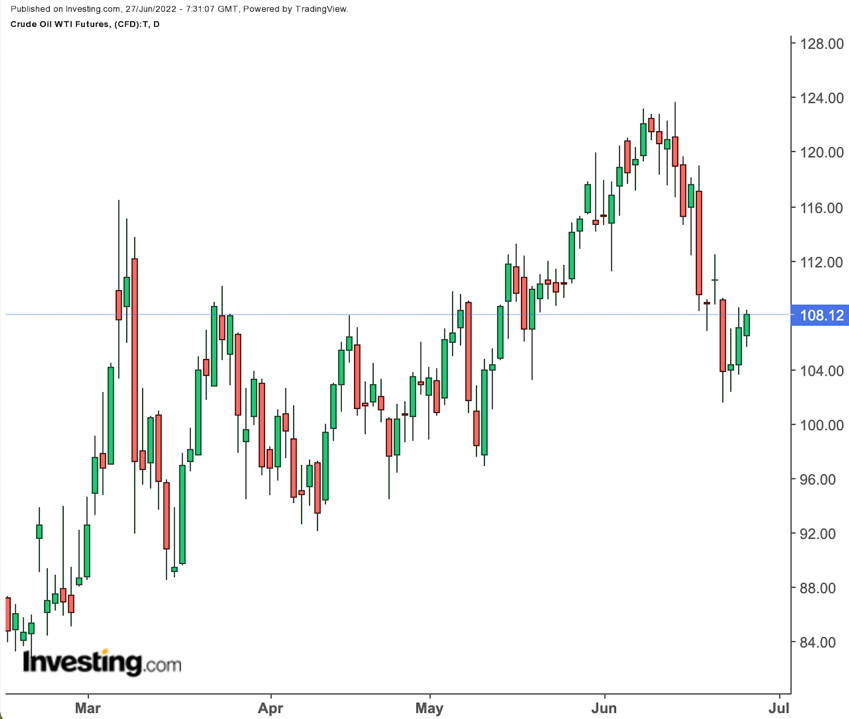 After the first back-to-back weekly loss in US West Texas Intermediate, technicals suggested a clawback this week, although with limited rebound.

But that was before the Leaders of the Group of Seven rich nations are expected to discuss this week options for tackling rising energy prices and replacing Russian oil and gas imports, as well as further sanctions that do not exacerbate inflation.

G7 will also discuss the prospect of reviving the Iran nuclear talks after the European Union's foreign policy chief met senior officials in Tehran to try to unblock the stalled negotiations, a French presidency official said on Sunday.

"This week, traders' focus might be on a potential resumption of Iran nuclear talks, which could lead to a revival of Iran's oil exports," CMC Markets analyst Tina Teng said in remarks carried by Reuters.

“Broadly speaking, while oil is likely to rebound in the short term, it may be a limited move,” said Sunil Kumar Dixit, chief technical strategist at skcharting.com.

“Oil should reverse from the short rebound and resume bearish correction before it restarts a big bullish trend toward $123 and $130.”

Dixit said the current upswing in WTI should be limited to between $109 and $111.

“Only a weekly closing above 111 can add to short term rebound helping oil to retest 113 and 115,” added Dixit.

“Resumption of a bullish trend will require a monthly closing above $123, which is a weak possibility at the moment.”

Fears of a recession and a seemingly ruthless Federal Reserve have wreaked havoc on markets this month despite the S&P 500 returning to the green last week, the first time in four weeks.

While the bull culture of markets demands that what goes down must—eventually—come up, both US housing and jobs data aren’t yielding to the Fed yet, signaling more rates angst to come.

Sales of new homes in the United States jumped almost 11% in May from a month earlier, according to data on Friday from the Commerce Department that overshot economists’ forecasts and underlined the Fed’s difficulty in restraining demand in a sector contributing to runaway inflation.

Inflation, as indicated by the Consumer Price Index (CPI), was at a four-decade high of 8.6% in the year to May versus the Fed’s target of 2%.

Housing-related components make up about 30% of the CPI’s structure, economists say.

San Francisco Fed Chief Mary Daly indicated that on Friday, saying “a slowdown in housing would be welcome.”

For a central banker who’s typically dovish, Daly suggested that it would be good for the Fed to “front-load” rates and get expectations out of the way.

“When markets price in an increase of 75 basis points, let's get that increase in,” Daly said, suggesting the Fed do in July a repeat of the largest rate hike in 28 years it performed just earlier this month. Adding:

“Policy is on a fast track to neutral by the end of the year.”

“Neutral” is Fed speak for bringing interest rates to parity with inflation, in order to stop price pressures from going any higher. The Fed is determined to have key lending rates now at 1.5-1.75% raised to 4.5-4.75% by December. It also intends to start selling bonds in its hold to bring down inflation even faster.

Whatever the case, Daly’s message is clear: Unless data in coming months show that Americans are no longer paying whatever it takes to own a home, the Fed will show little mercy with rates.

The US is to release a raft of economic data in the coming week which will show how the economy is faring amid the Fed’s aggressive rate hiking cycle.

Investors will be closely watching Thursday’s May data on the personal consumption expenditures price index for indications on whether inflation is cooling.

Economists are expecting durable goods orders to slow, consumer confidence to deteriorate further and manufacturing surveys to weaken further, adding to concerns over the economic outlook.

A report on pending home sales and the Case-Shiller home price index should show how much rising mortgage rates are hitting the housing sector.

In the case of gold , the front-month August contract on New York’s COMEX could stay in a range not far from mid-$1,800 levels, after last week’s slide of 0.6% and the prior week’s decline of 1.9%. 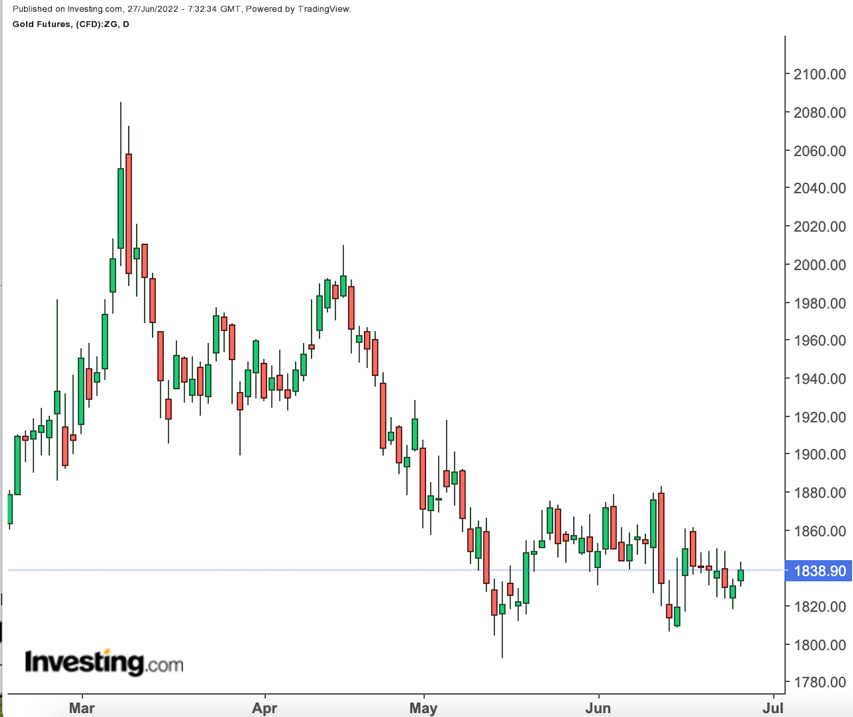