But that changed in 2022: tech fell out of fashion, business profits mattered, and we were all forced to learn or relearn lessons about what works in the market.

One of the biggest lessons? There’s nothing new under the sun: the tech crazes of the past decade echo the dot com boom/bust and even older tech cycles.

The good news? The best companies will survive and thrive. And now a lot of them are on sale thanks to the Nasdaq bear market.

For Cyber Monday, here are five tech names handpicked by our InvestingPro screener tool, and specifically the Technology Gems screen, which looks across the globe for the diamonds in the rough tech market. These are stocks provided by the screener and vetted by our analysis team that will help you get on the right side of the next tech cycle.

Because as tough as the downturn has been, a new day will come, and tech is going to be at the forefront.

Microsoft Corporation (NASDAQ: MSFT ) remains one of the biggest companies in the world, even as it has fallen over 30% in value over the past year. While it is not cheap, the leading provider of cloud services like Azure as well as classic and endlessly used software like Microsoft Office rarely gets cheap. The company is trading at a 5-year low price-to-earnings ratio, while still having great profitability metrics and producing a ton of cash. It may not be a huge performer overnight, but this could be a rare chance to get one of the best companies in the world on sale. 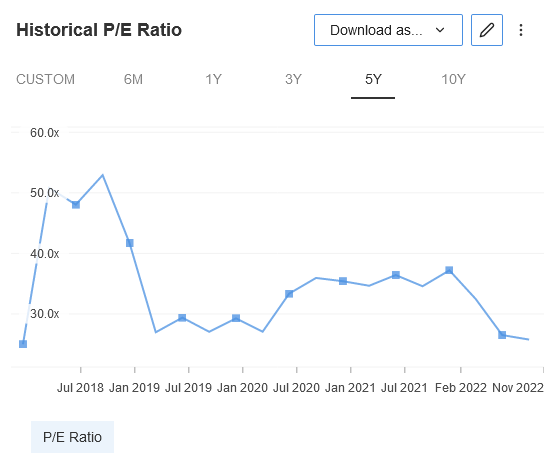 The world’s leading semiconductor manufacturer - all those computer chips in your iPhones, computers, and everything else - has had a rough year, trading down as much as 60% from its 52-week highs. Its leading position and the ongoing need for those computer chips in everything suggest Taiwan Semiconductor Manufacturing (NYSE: TSM ) has plenty of room to grow, however. And if you need a vote for the company’s strong moat, you couldn’t do much better than the news that Warren Buffett and Berkshire Hathaway (NYSE: BRKa ) opened a position in the company. 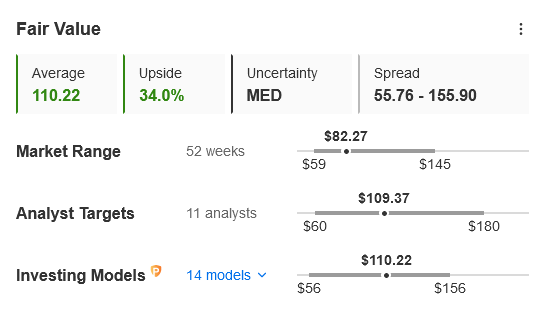 Broadcom Inc (NASDAQ: AVGO ) is another leading semiconductor player. They have acquired several companies on the path to leadership in a variety of verticals within semiconductors. That strength has allowed Broadcom to pay a meaningful dividend - 3.2% at current prices - while growing revenue at a compounded annual rate of 31% over the past decade, and growing EPS by 23% per year. While growth gets harder as you get bigger, Broadcom is buying another major software player in VMware Inc (NYSE: VMW ) to diversify their revenue and maintain the momentum, making it an interesting dividend growth pick for long-term investors.

Speaking of acquisitions in software, Adobe Systems Incorporated's (NASDAQ: ADBE ) stock took a dive when the software maker of Photoshop and a number of other software tools announced it was buying Figma, a fast-growing upstart in the space, for $20B. That and a rough earnings report took a big chunk out of Adobe’s share price, leaving it down over 50% from 52-week highs even after a recovery. But Adobe is as profitable as any company in this sector, and was a leader in transitioning to software as a service models. Adding Figma may drive a new round of growth, which could power shares through its next growth cycle, despite the market skepticism over the deal. 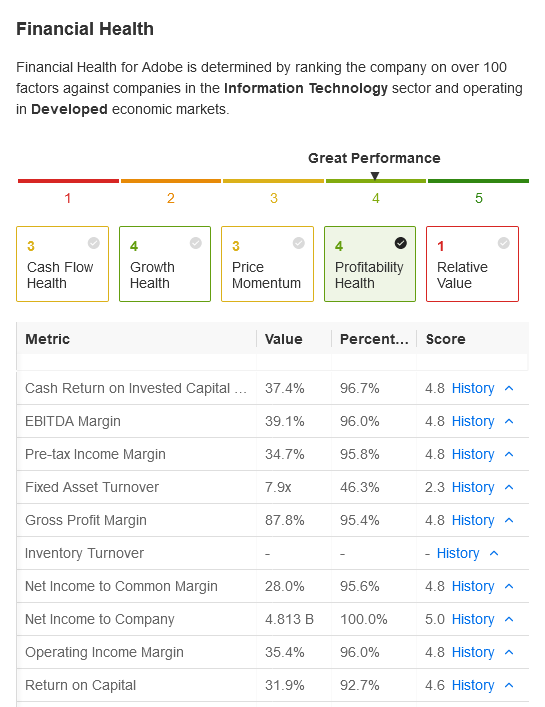 It may seem like Zoom Video Communications (NASDAQ: ZM ) is the last company to invest in with the pandemic all but behind us. It was the first example of a crazy rise and stunning fall for a pandemic winner. But while workers may be sick of jumping on Zoom calls, the company has continued to grow its profitability and has expanded its sales beyond the classic Zoom subscription to more enterprise deals. Microsoft Teams is a leading threat, but Zoom’s profits have continued to grow and its valuation has finally become reasonable. It may never hit its pandemic heights, but there may still be a good tech investment in here. 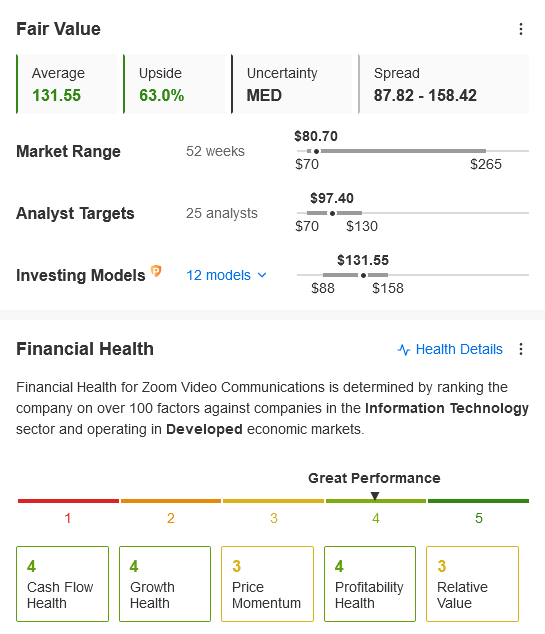 The last three years have been proof of how fast things change in the technology sector. It could be that the 2020s will not be as kind to tech companies as the 2010s were. In fact, that’s probably a certainty.

At the same time, there are plenty of companies that have built a strong market position that will continue to grow, and which also have proven profitable business models. These five companies, handpicked by InvestingPro, may be a good place to start for the tech investor looking to ride the next wave, or the general investor looking for bargains.