The EUR/USD is in sharp focus as it trades around a key technical area, in what is going to be a busy day and week for US macro events. 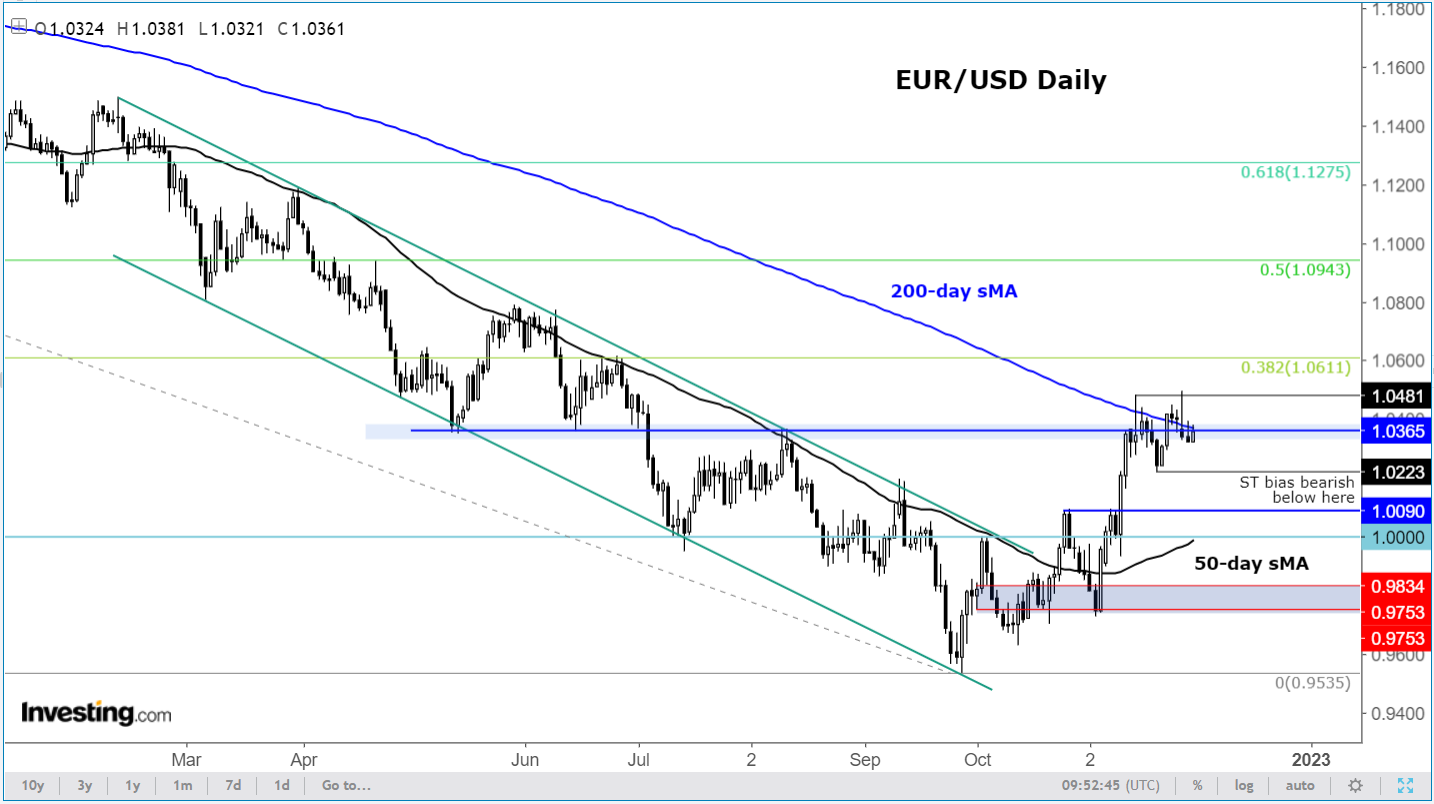 Earlier today, Eurozone inflation came in a touch weaker than expected, although it remained in double digits at 10% on the headline front. But core CPI was unchanged at a record high of 5.0%, suggesting that higher prices are being embedded in other areas of the economy.

Attention will turn to the US economy in the second half of the day, with the publication of ADP payrolls report, GDP , JOLTS Job Openings , and Pending Home Sales all to look forward to. What’s more, the Fed Chair Jerome Powell will be speaking at an event in Washington, too. If US data turns out to be better, or Powell appears more hawkish than expected, then this could give some much-needed life to US dollar , after its recent poor run of form.

The EUR/USD has hesitated to move away from its 200-day moving average in recent days. This is hardly surprising. On the one hand, concerns about the economic outlook in the Eurozone are holding investors back from buying the single currency too aggressively. On the other hand, double-digit inflation in the Eurozone means the ECB will have to continue tightening its belt, just as the Fed has signaled its intentions to slow down the pace of rate hikes.

Often, the long-term trends typically resume around the 200-day average, and with a number of financial markets testing their respective 200-day moving averages (MAs), there’s a chance we might see the dollar start a comeback soon. But rather than pre-empting it, we will need to see that reversal first as asset prices have risen too far off their October lows.

So far, we haven’t seen any concrete bearish signals on the EUR/USD.

The inverted hammer and double top pattern that was formed on Monday lacks follow-through. The bears need to see at least the breakdown of last week’s low at 1.0223 so that the EUR/USD forms a short-term lower low now. Even then, the downside could be limited given that there are a few important support levels that will need to be addressed, such as at 1.0090.

So, the bears have some wood to chop if they are to regain control of price action. They will certainly not like to see the EUR/USD go significantly above the 200-day now, with the 1.05 handle being the line in the sand now, given that the most recent highs have been created just underneath that level.

But if that 1.05 handle breaks first then the rally could continue much higher as disappointed bears abandon their positions.

Disclaimer: The author does not hold a position in any of the assets mentioned.