Stocks moved lower yesterday, despite moving sharply higher to start. The PPI reading came in weaker than expected. Stocks initially rallied on the news, and yields fell. But once the market settled down, rates started to increase, which was the day’s big story. Interestingly, we have seen a “peak” inflation narrative, and despite a miss on CPI and PPI, we are now seeing rates rise. Could this indicate that rates have stopped decreasing and will be heading higher from here? I believe so because if weaker than expected inflation data can’t send rates down, they have one way to go, which is up.

Also, yesterday’s 30-year auction did not go well, and that added to the big move higher in yields. It could prove to be a turning point for the rates because if the 30-year has broken out, and it appears that it has and is heading higher from here, we could see rates across the curve move higher, and the curve re-steepen. 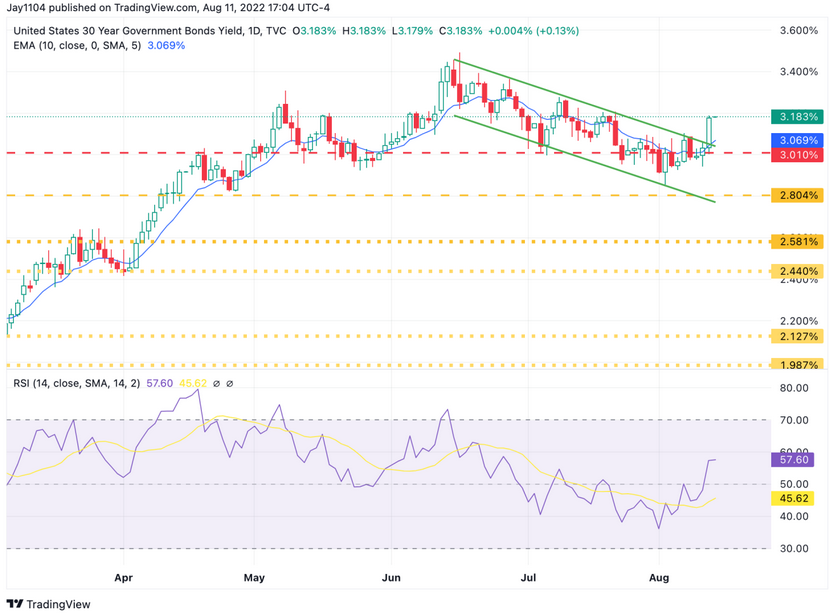 The move higher in rates pushed the TLT sharply lower yesterday, which sent the LQD sharply lower and put it back into a critical support region at $113. Again, a break of $113 would signal that lower prices are coming for the ETF, implying that rates for corporates go higher, which would go with a narrative of higher rates on Treasury yields. 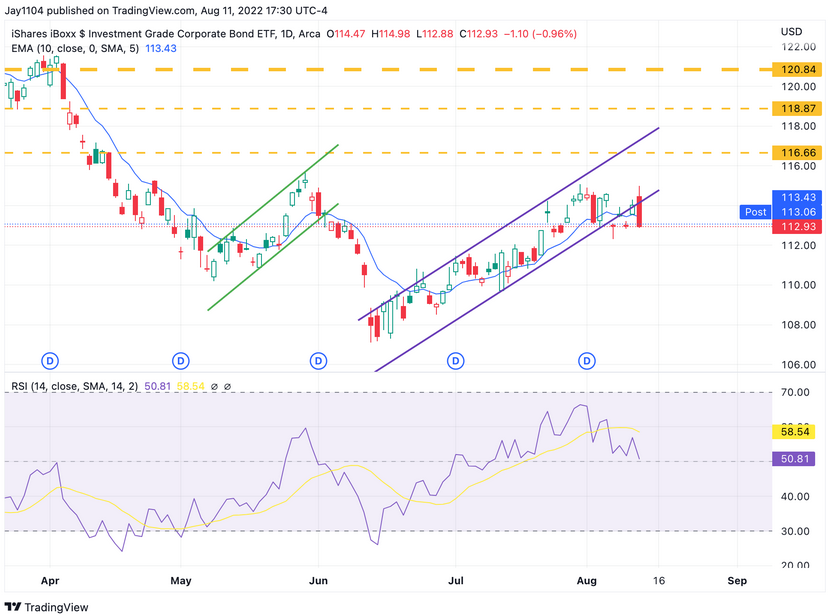 Additionally, real yields were on the rise again today, with the TIP ETF dropping, which helped to turn the Nasdaq lower yesterday. If real yields keep rising, the QQQ will be pulled lower. The QQQ has risen, partially because the TIP increased over the past couple of weeks and has been mostly range bound. But I don’t see how the TIP starts heading back to its lows, and the QQQ doesn’t get sucked lower too. 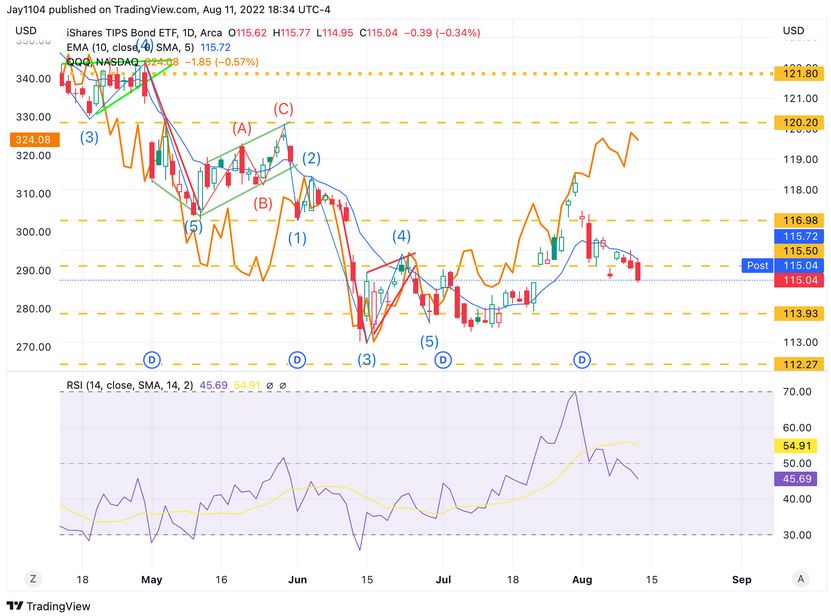 As for the S&P 500 , if we are starting to see rates move higher in yields to account for this sticky inflation and no recession narrative, we should start financial conditions to begin to tighten again. With that, I think we have seen the highs. Could we go back to retest them at some point? Sure, but I believe that 4,260 area is about it, and I still think we will see 3,950 over the next couple of weeks. 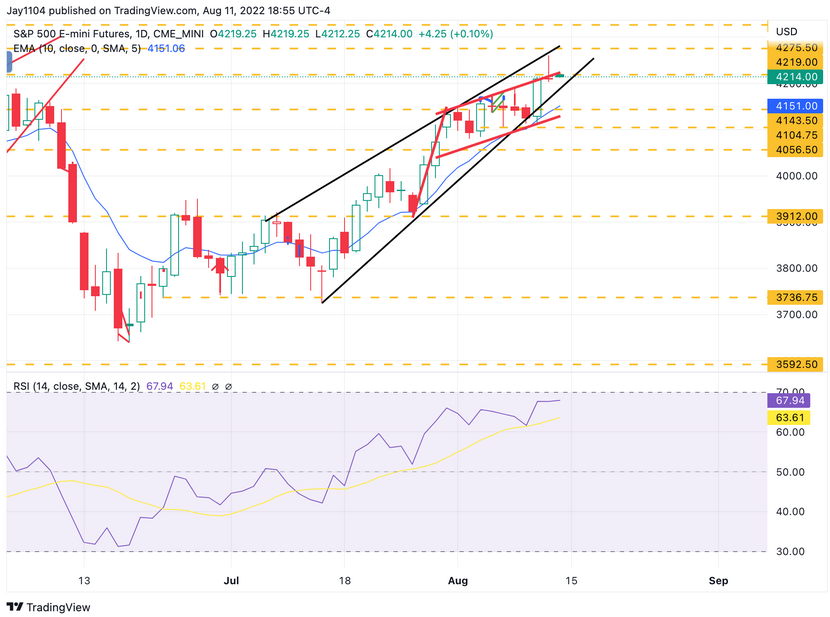 There was a pretty notable reversal in Shopify (NYSE: SHOP ) yesterday, and we saw that across several stocks. I think this resulted from the higher real rates, so it is time to start paying attention to the TIP ETF. Maybe the reversal in SHOP was just a gap fill, but there is another gap at $37 too. 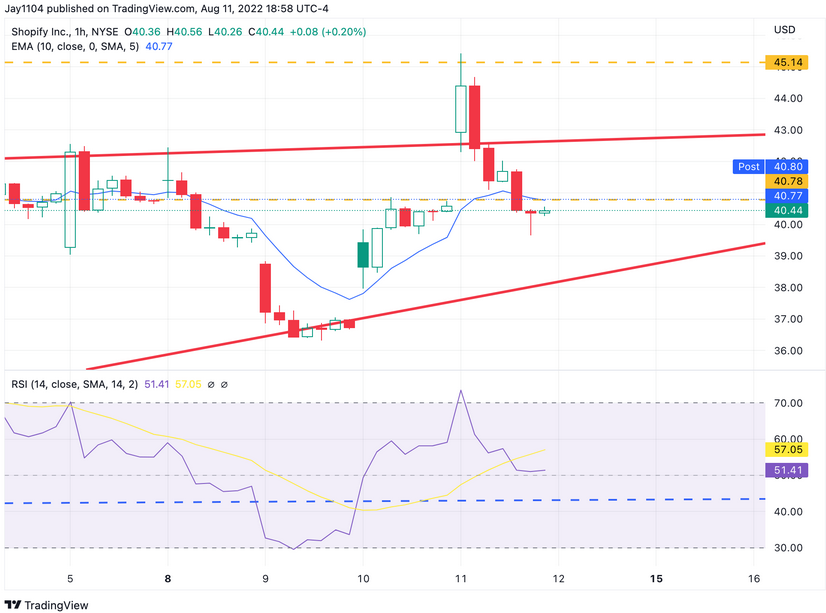 The XBI also put in a double top on the hourly chart and hit the upper end of the trading channel. If there is going to be a turn lower in the XBI, this is as good of a spot as any. 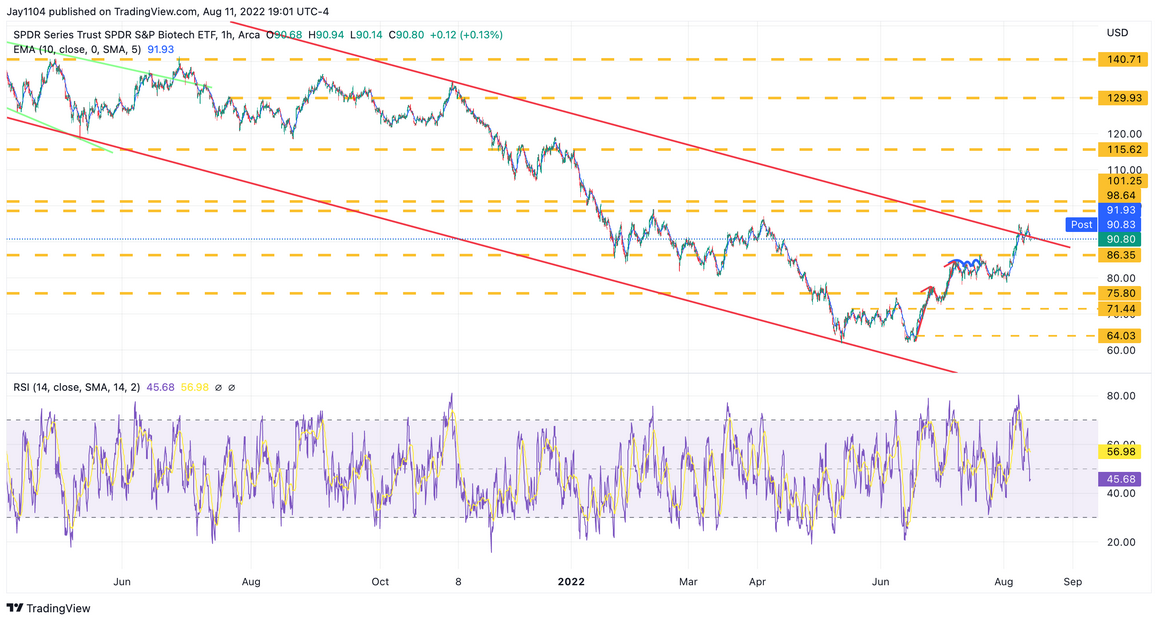 Tesla (NASDAQ: TSLA ) could be heading lower here. The shares had been trending higher but peaked on August 4 and have sat out this recent leg of the rally. The RSI is starting to head lower, and yes, a gap at $740 needs to be filled. 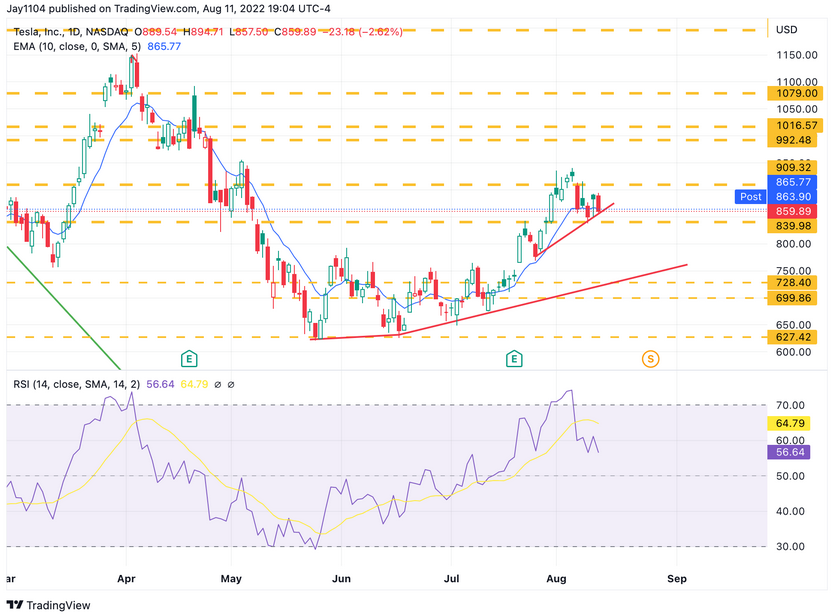 Have a good one