After more than doubling over the past two years, shares of energy giant Exxon Mobil (NYSE: XOM ) are beginning to show signs of weakness. They are down about 16% from their all-time high reached in June, as oil prices subside against the backdrop of global recession fears and expectations of increasing outputs.

While it's almost impossible to predict the next move in oil markets and, by extension, in energy-related stocks, the recent decline is making some investors wonder whether this is the time to take some money off the table or take advantage of XOM's weakness.

Wall Street seems split on that question. Of 29 analysts polled by Investing.com, 14 have a neural rating, while 13 recommend buying the stock at current levels. 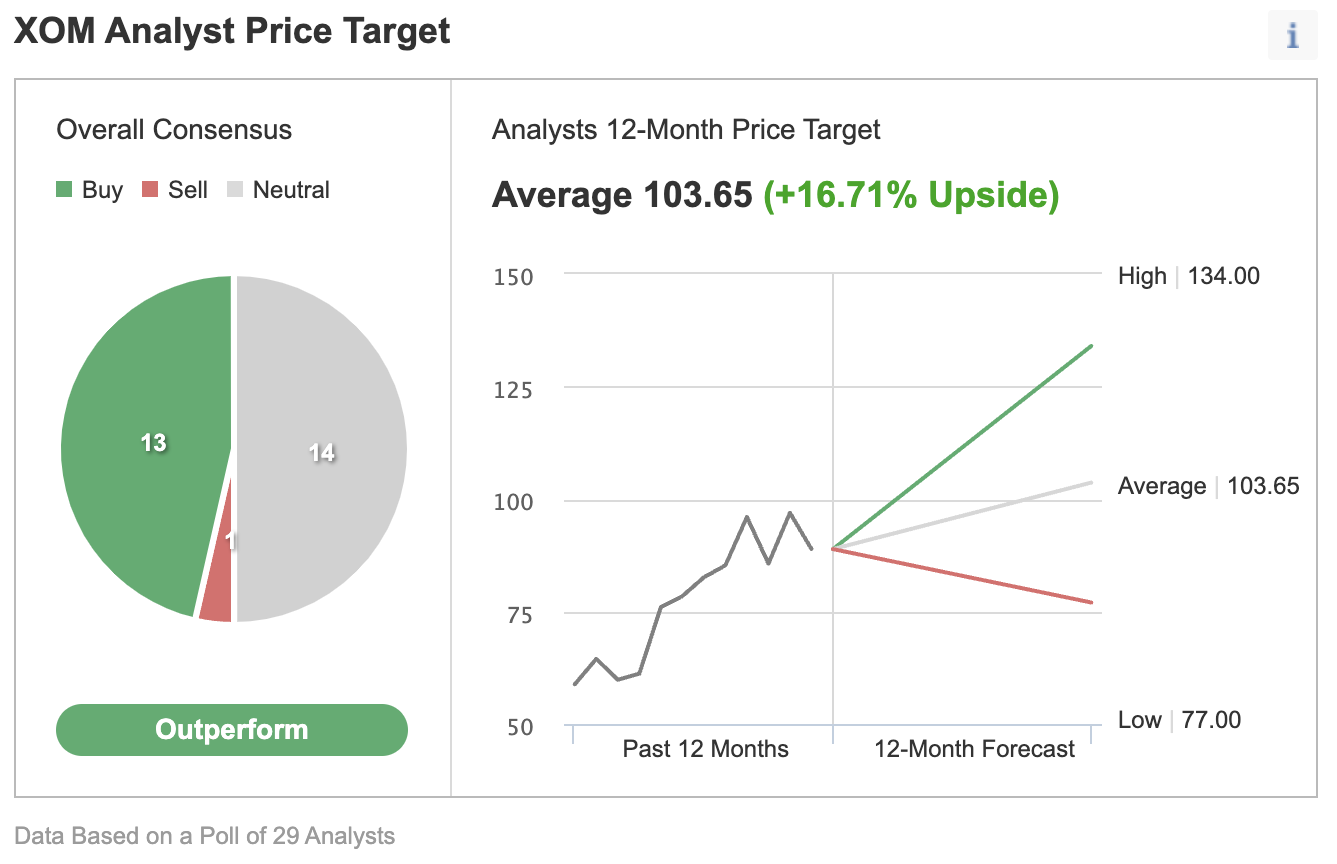 The recent trend in oil markets also suggests that we may already have seen the peak in prices that surged after the Russian invasion of Ukraine this year. Oil extended declines to the lowest in almost six months this week, trading below $90 a barrel in the U.S.

Since hitting more than $130 a barrel in March, the U.S. benchmark WTI has been under pressure on signs that Moscow is still selling its oil in the global market despite sanctions. In addition, a threat of global economic slowdown is also weakening energy consumption.

Despite those headwinds, executives at Exxon and Chevron Corp (NYSE: CVX )—the two largest US-based energy companies—struck optimistic notes about the future in their earnings reports last week. The Irvin, Texas-based Exxon posted its highest ever quarterly profit, nearly four times as much as the same period a year ago.

"Demand recovers, and we don't have the capacity to meet that, which has led to record, record refining margins."

Despite the optimistic tone, the second-quarter profitability could be the peak point in the current bull cycle with recession risk looming and oil prices beginning to drop. U.S. refining margins have also shown some weakness since touching all-time highs.

I don't think there is too much downside risk to XOM. The current tight supply situation favors stock, which runs one of the most defensive portfolios within its peer group. It has the right mix of assets with exposure to international gas and liquified natural gas (LNG)—a commodity that is in extremely short supply due to the Russian conflict in Europe.

In a recent note, Credit Suisse (SIX: CSGN ) highlighted XOM's superior appeal by saying that the oil giant's continued investment in fossil fuels will pay off for investors in an era of higher prices. The note said:

"XOM always believed that the world will need fossil fuels for much longer, and in the medium term, demand for oil and gas will be increasing, not contracting. As a result, XOM has continued to invest in some of the most attractive Oil & Gas projects globally."

Another reason to remain bullish on XOM's prospects is the company's recent restructuring and cost-cutting measures, which have positioned the giant to protect its lucrative dividend in future downturns. 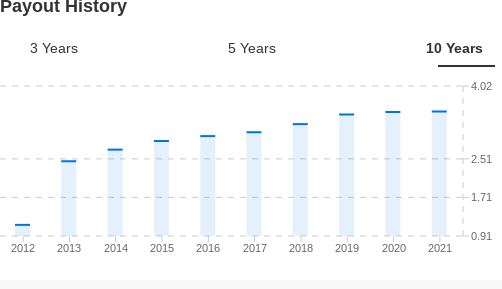 The stock currently yields $0.88 per share quarterly payout, which translates to a 4.04% dividend yield at current prices. Moreover, the oil giant plans to save an extra $3 billion in costs by the end of next year to boost shareholder returns and take advantage of high oil prices.

The new saving measures will likely cut costs by $10 a barrel. That would be enough to pay 60% of the company's dividend. According to Exxon, the savings will help double earnings and cash flow "potential" by 2027.

Exxon stock may not have much upside from the current level as oil markets show signs of weakness amid the looming risks of a recession. However, the company's diversified portfolio, solid dividend, and cost-cutting efforts make XOM stock an excellent candidate to buy on weakness, especially for long-term investors.

Disclosure: The writer is long on Exxon stock.