Jerome Powell's speech after yesterday's 75 bps interest rate hike announcement lasted only a few minutes but gave us a lot to think about.

First, the Chairman focused heavily on containing inflation , which must reach the 2% target according to him—a rather farfetched goal in the current scenario.

Then, he went on to provide some projections both on the employment and economic growth side of the U.S. economy between now and 2025, specifically:

Below, we can see the Fed funds futures forward curve based on Powell's projections: 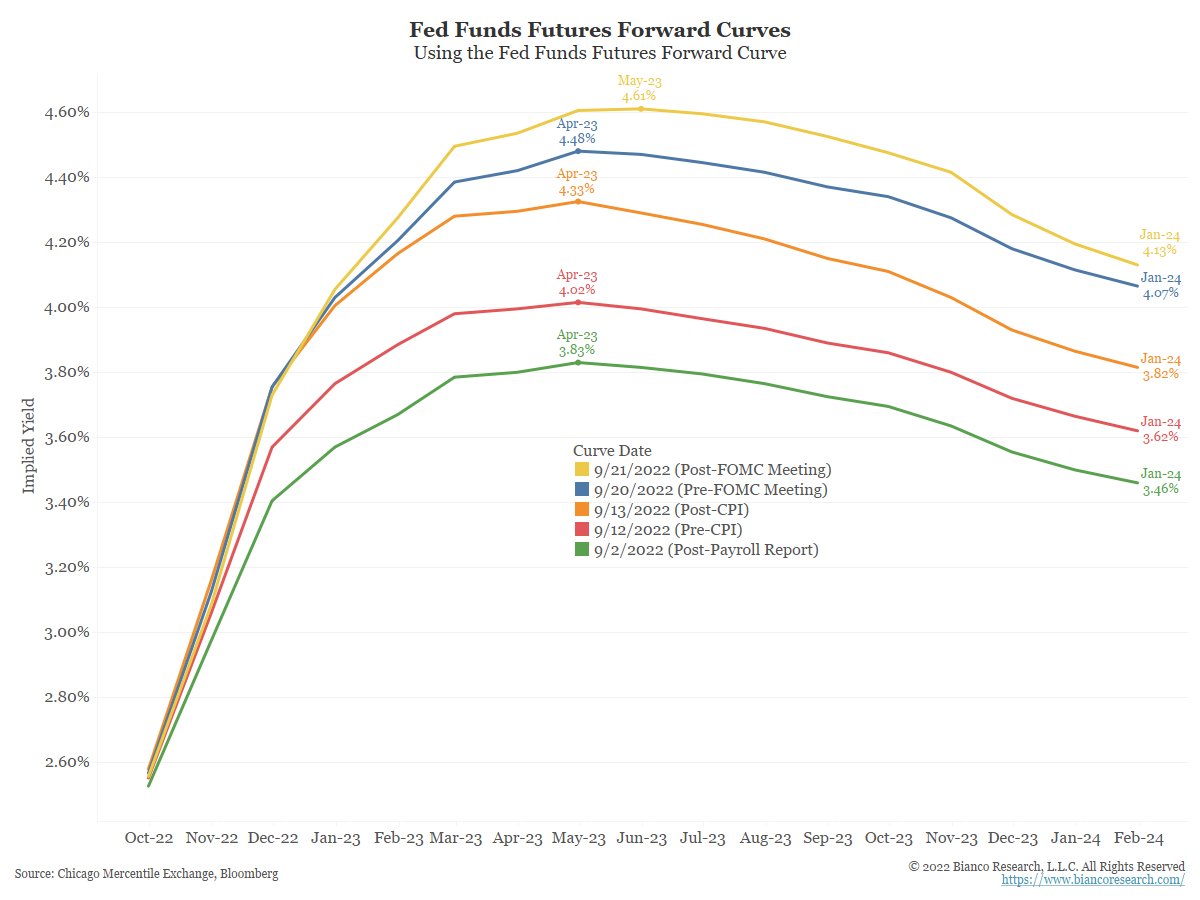 The projections anticipate the peak of the rate hike cycle around May 2023, so we can consider seven more months of stock market pain ahead of us. However, let's remember that the markets are an anticipatory indicator, so it is likely that we can start seeing a price recovery even before this peak.

Furthermore, Powell's speech sounded slightly optimistic for the first time in a while, implying that the "light at the end of the tunnel" could come before that (understood as the end of the rate hike cycle).

While markets initially reacted very well to the speech—with gains of more than 1% for the S&P 500 and NASDAQ Composite —the current bearish mood eventually prevailed, driving major indexes deep into negative territory.

So what should we expect in the coming weeks/months?

I believe the investor should always reason by scenario analysis (positive and negative). Given that an adverse scenario remains the most likely amid the continuation of the tightening cycle, let's look at the length and magnitude of drawdowns of all previous recessionary periods and major stock market crises: 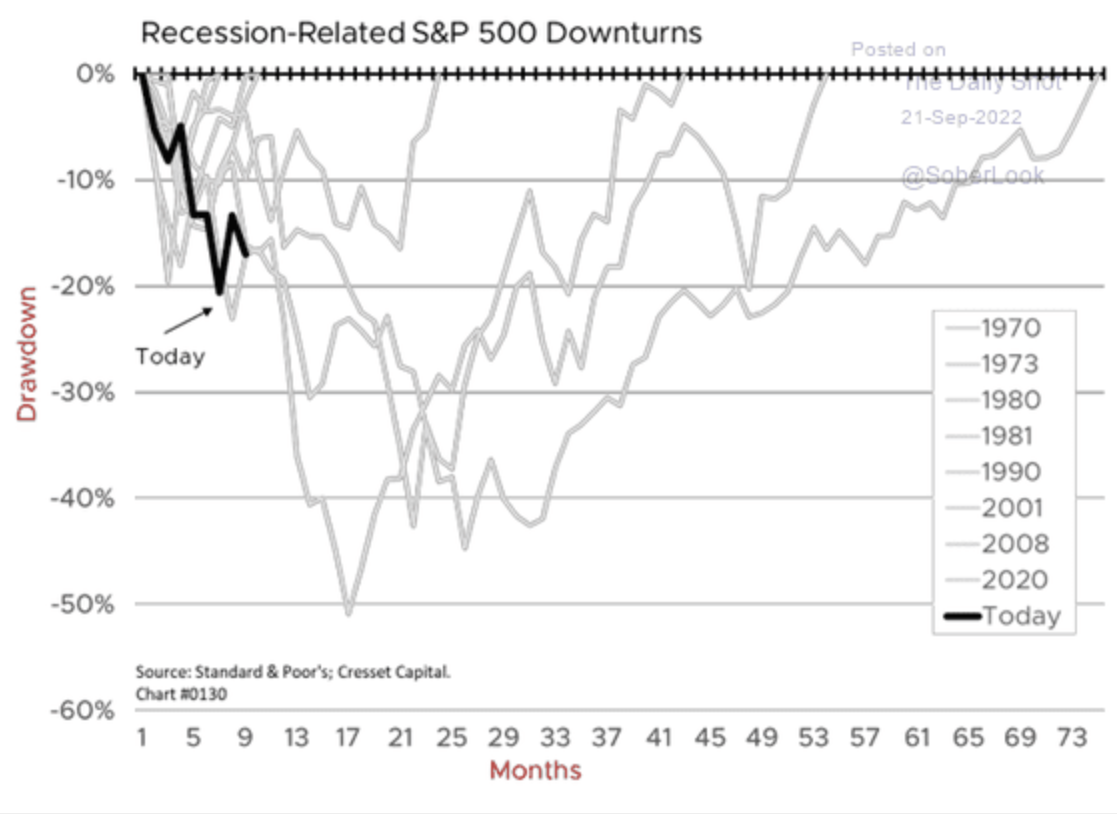 Consider that as of today, we have a year-to-date drawdown (using the S&P 500 index as reference) of around 20% that has lasted for nine months.

The worst drawdown in history occurred in 2008, with a 50% drop amid the Global Financial Crisis, but let's remember that the entire global financial system was on the verge of a collapse back then.

Apart from two exceptions in history—with declines above 40% and a duration of 20 to 23 months—the average scenario implies that a bear market drop should range between 30% to 40% and last 16 months.

Assuming that the current decline will last until the end of the Fed rate hike cycle, that brings us right around 16 months—if we consider January 3, 2022, as the start.

So, coming back to the present day, compiling Fed fund's projections with the average historical bear market drawdown, the most likely scenario would be a further 10%-15% drop in the S&P 500 over the course of the next seven months.

Will that scenario play out? No one knows. However, that is what I am preparing for by holding 13%-15% cash in my portfolio to be deployed bit by bit if the markets break below the mid-June lows.

Should those same lows represent the bottom of this bear market? All the better for everyone.

Disclosure: The author is long both on the S&P 500 and the NASDAQ Composite.