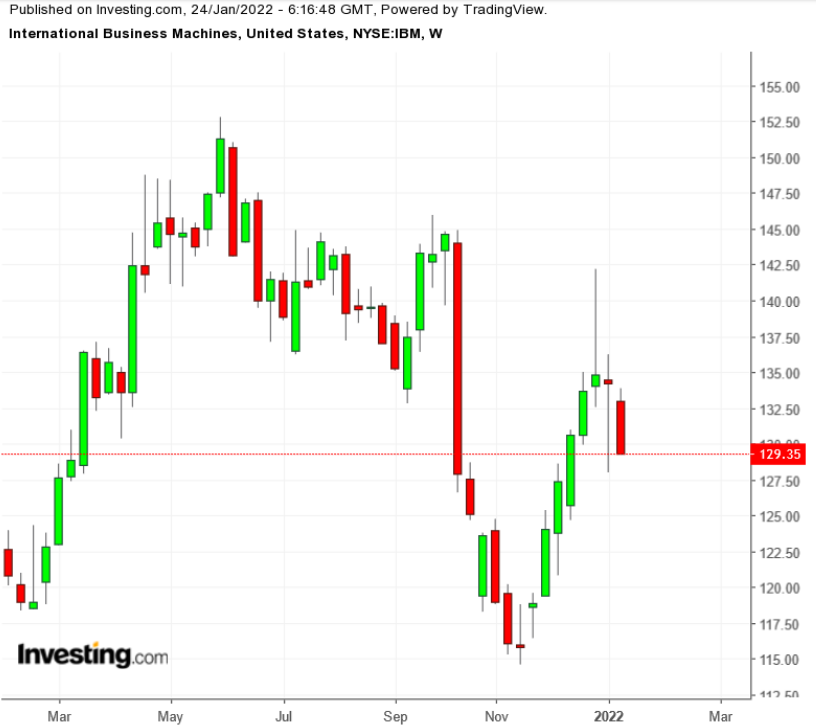 Unlike major tech competitors such as Microsoft (NASDAQ: MSFT ) and Alphabet (NASDAQ: GOOGL ), IBM has failed to attract investors who have found the 109-year-old company too slow to evolve from its legacy IT businesses.

To change that perception and to revive growth, the Armonk, New York-based IBM is in the middle of a major restructuring. During the past quarter, the company completed the spinoff of its $19 billion information technology services business, Kyndryl Holdings (NYSE: KD ), as part of Chief Executive Arvind Krishna's push to focus on cloud computing where major growth is happening.

The separation has capped IBM’s fourth major transformation and cemented its pivot away from slower-growth mainframe computing and IT services. In another move, IBM agreed to sell part of its Watson Health business this month for $1 billion, reversing a course which earlier gave health care a major priority.

Since taking over as the CEO in April 2020, Krishna has reorganized the company’s business around a hybrid-cloud strategy, which allows customers to store data in private servers and on multiple public clouds. IBM completed its purchase of Red Hat for $33 billion in 2019, the first step in a shift to what it calls hybrid-cloud.

The performance in this highly competitive field of cloud computing, where Amazon (NASDAQ: AMZN ) and Microsoft are the two leading players, has been slow but steady. Total cloud revenue over the last 12 months until Sept. 30 grew 14% to $27.8 billion with Red Hat sales increasing 17% during the third quarter.

Investors, however, remain mostly in a wait-and-see mode. IBM stock rose just over 14% in the past one year, but shares are down about 20% over the last five years, highlighting the long-term path to success for the company that will require consistently beating analysts’ revenue estimates .

Still, some analysts’ are cozying up to the stock, betting that this is the right time to take advantage of the company’s reasonable valuation. 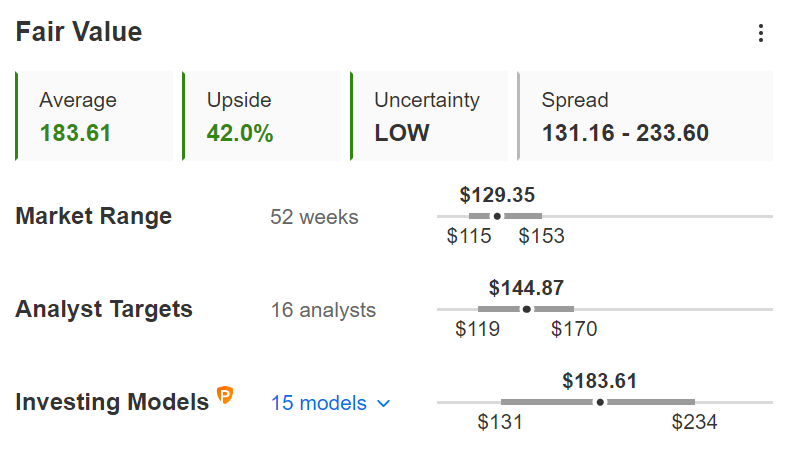 According to InvestingPro’s model, IBM stock’s fair value is around $183, implying about 42% upside potential.

This month, Goldman Sachs initiated coverage of IBM, providing a neutral rating, but said the company is well positioned for accelerating transformation spending ahead. Its note said:

In our view, IBM is a safe dividend stock, especially after the clear shift to cloud computing—a high-growth business—the company's new management has championed. These steps are encouraging and could unlock the value of IBM stock, which has hiked its dividend for 26 years straight.

The stock currently pays $1.64 a share quarterly dividend, which translates into a 5.27% annual yield, making it one of the highest-yielding dividend stocks among blue chip companies.

IBM may not produce a big surprise when it reports later today, given its uneven performance amid major restructuring. Still, we see the company slowly getting back on a path to growth.

Its healthy balance sheet, manageable debt and robust dividend yield of more than 5% make this stock a bet worth considering, especially when its turnaround is gathering pace.