All eyes remain on how hot the jobs market is and what’s happening with inflation. We’ll get the August CPI report on September 13, but the market just digested a round of recent employment readings that was a mixed bag. Amid a ‘bad news is good news’ environment, the jobs numbers could be interpreted in more than one way.

The data barrage kicked off with the Job Openings and Labor Turnover ( JOLTS ) figures Tuesday morning. The BLS confirmed that total openings ticked up vs June at 11.24 million as of the last business day of July, much more than the 11.0 million consensus forecast. That was a hot number that caused a modest drop in Treasury note futures that would only accelerate the next day.

Next to the plate was the newly revised version of the ADP (NASDAQ: ADP ) Payrolls report Wednesday morning. This was a disappointing data point that was quickly looked past by the market. The payroll processing company reported that 132,000 private sector jobs were added last month, a deceleration from July’s 268,000 gain. The market expected a +300,000 figure.

What was unsettling within the data was an inflationary 7.6% reported annual pay rise according to ADP Pay Insights (including a whopping +16.1% year-on-year wage rise for job leavers). ADP is notoriously volatile and often a poor predictor of what the following Friday’s nonfarm payrolls report will show. Moreover, this was the first such ADP release since May as the company put the report on hold due to a corporate partnership ongoing this summer. 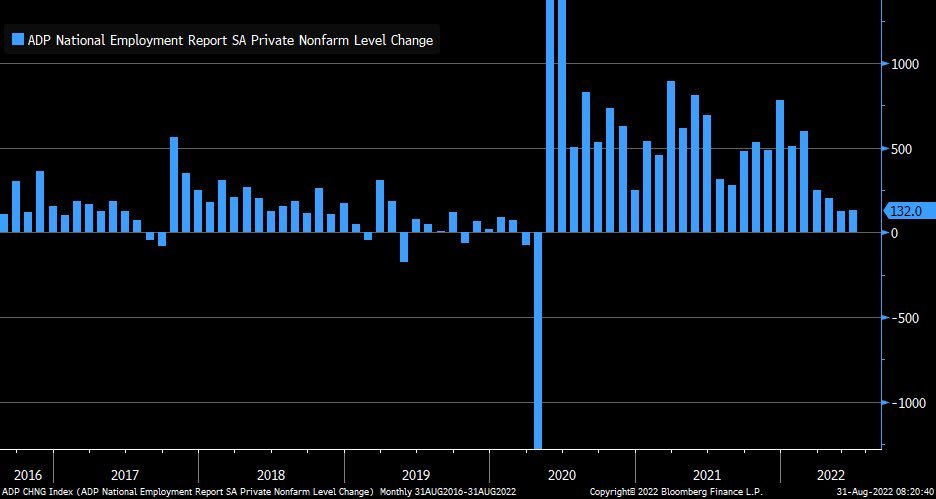 Claims data crossed the wires Thursday morning as usual. Initial jobless claims verified at 232,000 for the week ended August 27 materially softer than the 248,000 market expectation. That was also the lowest level in two months as there are few definitive signs that the broad labor market is cooling rapidly. Continuing claims keep running low even when initial claims spike—a possible sign that workers are quickly finding new work after being laid off. Within the report’s details was another unsettling wage growth figure—unit labor costs increased to 9.3% over the past four quarters, the highest rate since the first quarter of 1982.

Finally, the mac-daddy August nonfarm payrolls report came in about where economists had expected. A 315,000 employment rise last month came with a 0.2 percentage point rise in the unemployment rate as more people re-entered the workforce. The news on the wage front this time was that average hourly earnings were up just 5.2% from year-ago levels, a bit less than what economists expected. Average weekly hours were also under the forecast. The Department of Labor’s report was seen as a positive since job growth was not too hot, but wage growth eased. The Labor Force Participation Rate climbed above pre-pandemic highs—another good sign.

The jobs market continues to run strong. That’s counter to what Chair Powell and the rest of the FOMC want to see. They want pain—meaning a higher unemployment rate and slower wage growth so that inflation cools. Amid a holiday-shortened week, there isn’t a ton of key data. All eyes now turn to the August CPI report that will be issued a week from Tuesday. 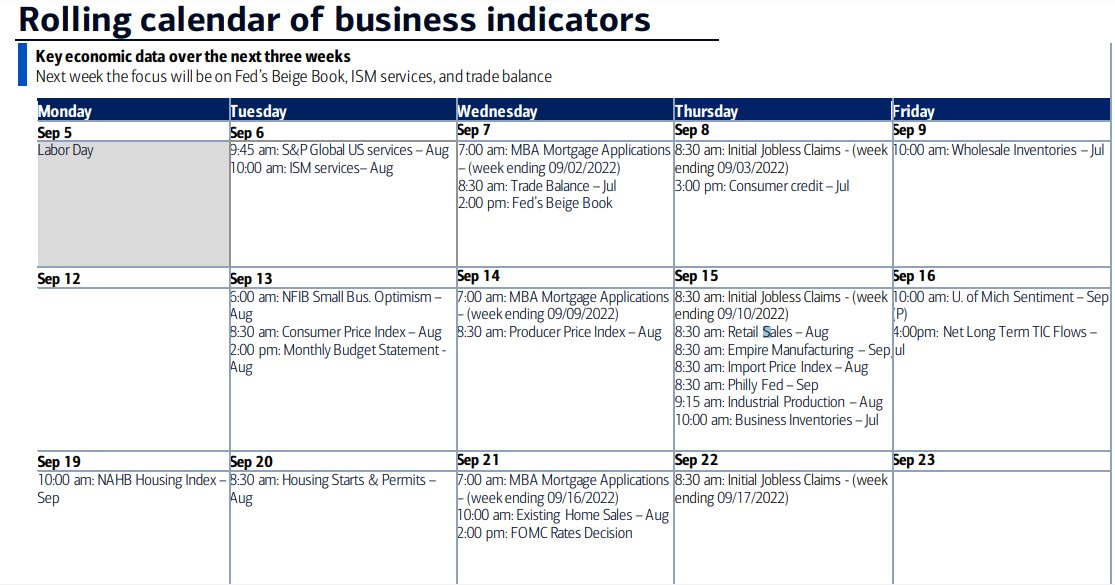 Disclaimer: Mike Zaccardi does not own any securities mentioned in this article.