Rates are falling in the US, and investors appear to be wondering why. One doesn’t have to look too hard to figure it out; yields are declining worldwide. Whether that is because of concerns of the rise of the Delta variant of COVID-19 or a general slowing in economic growth. Rates across Europe have plunged, with the German 10-year now trading below negative 40 bps.

Lower rates around the globe have sent yields in the US plunging back to 1.25% on the 10-year Treasury. Despite the decline, rates in the US are very desirable to investors around the globe. That is because the spread or difference between a US 10-year and a German or French 10-year is at historically wide points. It has resulted in foreign investors buying US debt and, therefore, helped to strengthen the US dollar . 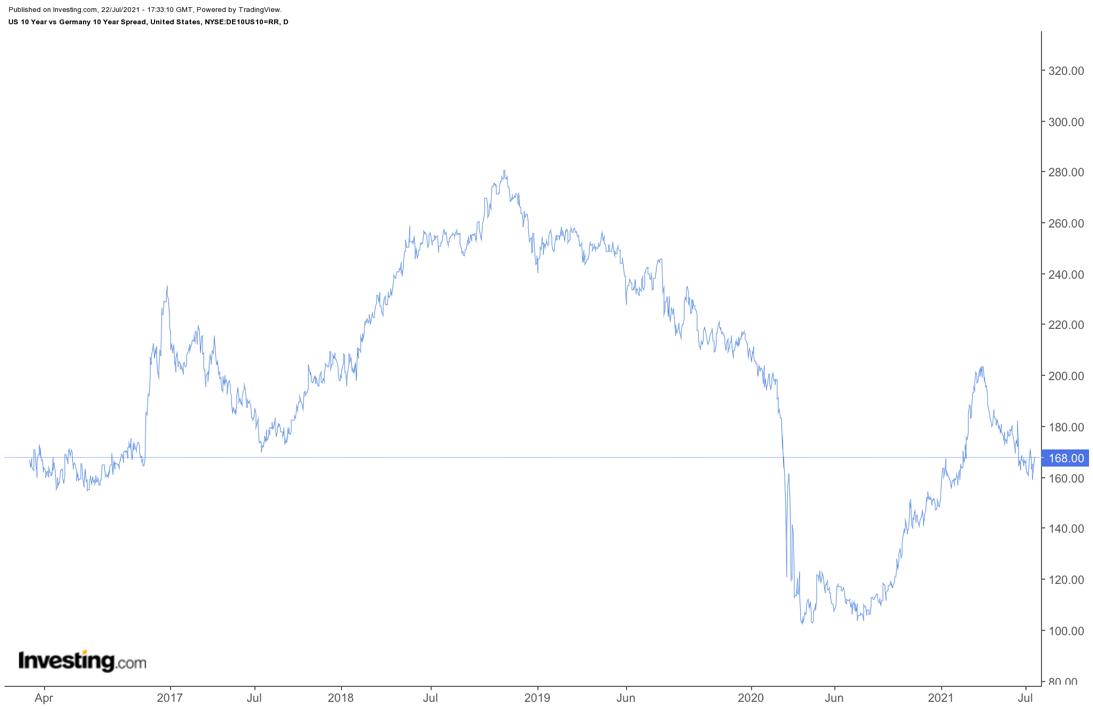 Lower Yields May Lie Ahead

Due to this, US yields may only continue to push lower over the near term, especially if central banks like the ECB or the BOJ continue to offer very dovish monetary policies. At the same time, the US Federal Reserve begins to consider a path that results in the tapering of quantitative easing. US rates will remain extremely attractive, keeping the long end of the US yield curve from rising and perhaps even pushing lower. But with the threat of a Fed taper coming, yields on the shorter end of the curve may begin to lift, and that could result in the spread between short-and long-dated US bonds to begin to contract, sending a risk-off message to the reflation trade. 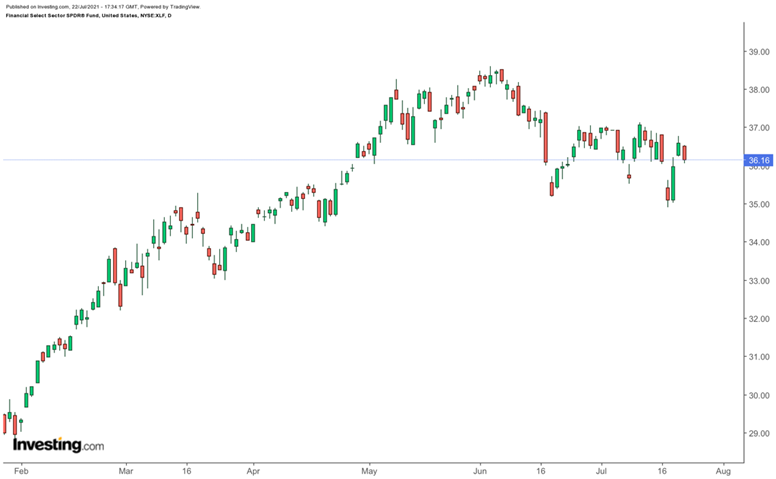 The equity sector that is most likely to suffer would be the financials, as they are the most sensitively tied to changes in interest rates and the yield curve. Lower long-end rates and a flatter yield curve would negatively affect this group, sending prices even lower. Since the beginning of June, the Financial Select Sector SPDR® Fund (NYSE: XLF ) has fallen more than 7%, and that could only be the start of the declines if yields push down further. 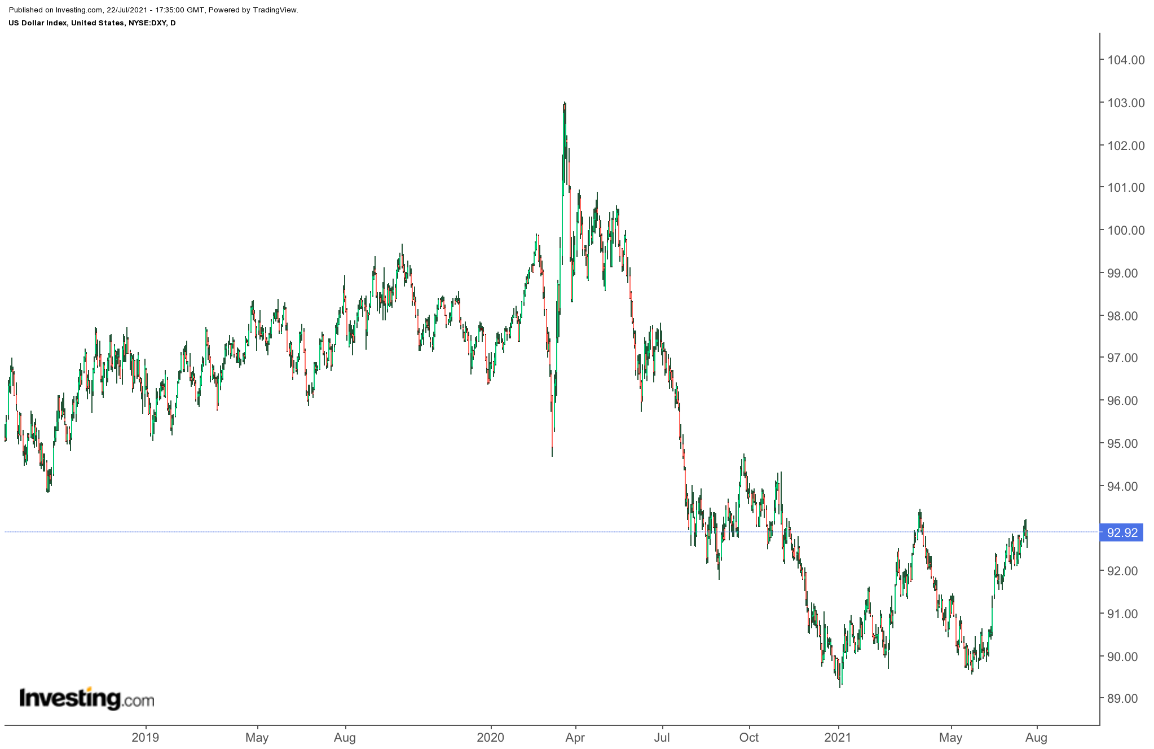 Additionally, as international investors seek to buy US debt, those investors will sell local currency and buy US dollars, strengthen its value as demand grows. A stronger dollar will weigh on sectors such as materials and energy while stopping inflation dead in its tracks as the price of commodities falls in value. Finally, a stronger dollar will, as a result, begin to hurt the revenue and earnings of multinational companies as US exports become less competitive abroad.

Whether it is due to the fear of slowing US and global growth sending rates down, or fears of the Delta variant, rates are falling and have likely not bottomed yet. The forces at play, such as easy global monetary policy and negative yields around the world, make rates here in the US too attractive to investors to pass up, and if that persists, rates will struggle to rise, as the dollar remains strong. That is a death sentence for the reflation trade and all the sectors that go with it.