OPEC+ met virtually on Monday, in a brief session that saw its members decide not to make any changes to their output plans for the month of November. This despite the spike in oil and gas prices rocking Europe and Asia. 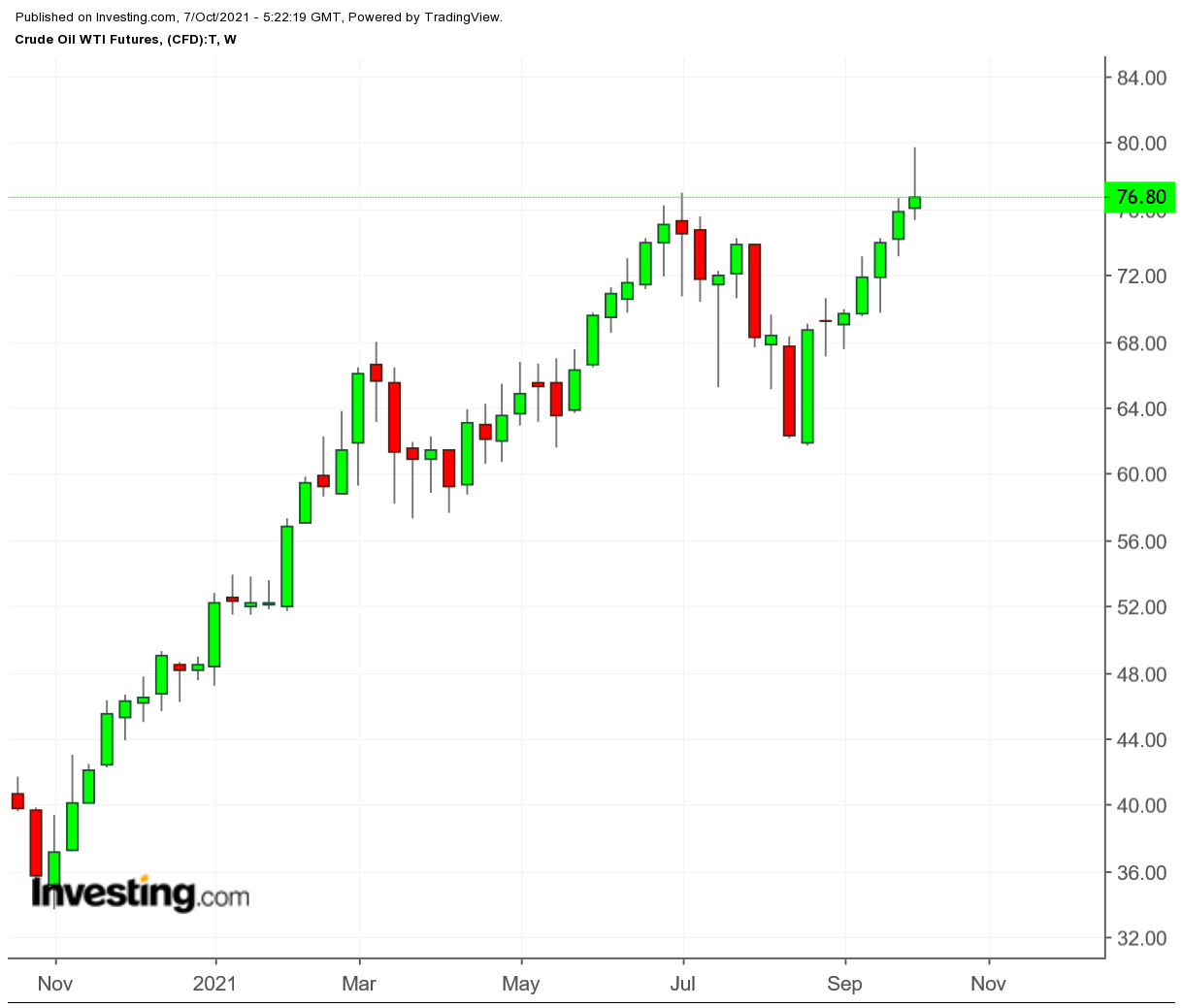 Even prior to Monday’s meeting, oil prices have been rising since mid-August due to reasons discussed in previous columns.

In addition, the market has been impacted by new fears that a natural gas supply crunch in Europe and Asia will mean higher oil demand this winter because power generators may switch to burning fuel oil or other petroleum liquids.

In the lead up to the OPEC+ session, Reuters reported that the group might consider doubling its planned production increase in November. The OPEC+ plan called for increases of 400,000 bpd each month, but some OPEC+ delegates indicated that the group might consider increasing oil production by 800,000 bpd in November and forgo an increase in December.

However, the group simply reaffirmed its original plans for the 400,000 bpd increase. Some analysts were surprised that OPEC+ decided not to increase production, but OPEC+ delegates expressed concerns that the market won’t continue to be as tight in the winter as it is now.

According to the OPEC+ Joint Minister Monitoring Committee (JMMC), global oil inventories are forecast to start to increase in Q1 of 2022. Some delegates stated their worries that another wave of coronavirus outbreaks could threaten oil demand this winter. The next OPEC+ meeting is currently scheduled for Nov. 4, 2021.

First, OPEC+ did not put a weight on prices by increasing production by more than it already planned, so prices will be allowed to rise without such encumbrance.

Second, OPEC+ members want to benefit from higher prices but are also wary of reversing these gains. Saudi Arabia and Russia are particularly concerned about repeating the market situation from 2018, when the price of Brent fell from $85 per barrel in October to $50 per barrel by December after OPEC+ increased production at the behest of the Trump administration.

Third, OPEC+ knows that it can reassess in just one month, so the decision is only temporary.

What To Expect At Next Month’s Meeting

Much will depend on what happens with oil supply and demand between now and then. If higher prices seem to stabilize over the next month, especially at levels near or at the $80 per barrel mark, we could see growing desire among OPEC+ members to take advantage of these higher prices and sell more oil for even greater revenue.

If indications grow that production is rising or set to rise from non-OPEC+ producers (especially in the U.S.), then OPEC+ may also want to raise production to put a dampening force on prices and quell non-OPEC+ supply growth. To follow this and to understand whether it looks like U.S. production is set to increase, traders should look for news of investments into U.S. shale operations and also keep an eye on rig counts . However, new major efforts in U.S. shale are not expected right now, for a variety of reasons discussed here and here.

If prices drop in the next month, expect OPEC+ to continue with its planned production increases of 400,000 bpd for each month, which seems to be a sweet spot for them.