Despite concerns over higher production costs and supply chain disruptions, a strong earnings report from Nestlé, the world's largest food and beverage company, had a positive bearing on European stock markets on Wednesday and helped offset losses following weaker-than-expected earnings from the likes of French-based luxury group Kering (PA: PRTP ) and chipmaker ASML. Nestlé's (SIX: NESN ) stock price rose by nearly 3% after management said that robust coffee sales and price increases boosted organic sales in the three months to the end of September 2021.

Although stock markets in Japan opened higher thanks to a sustained tech rally, most shares ended lower on Wednesday amid feeble US futures and soaring Treasury yields. The 10-year US Treasury yield rose to a record high of 1.67% in midday trade, while the 30-year Treasury yield came in at 2.12%. Chinese equities also struggled for direction as the property sector crunch, power cut fears, and enduring uncertainty over the future of monetary policy weighed on sentiment.

South African markets closed in the green yesterday as what already looks like a promising earnings season in the US overshadowed concerns over the pace of a global economic rebound and elevated inflation. The FTSE/JSE All Share Index (ALSI) gained 0.18% for the day, while the rand strengthened against a basket of global currencies, trading at R14.41/$, R19.91/£ and R16.97/€ shortly after the closing bell.

At 19h00, oil prices went up after crude inventories at the largest storage facility in America fell to the lowest level in over three years, pointing to an increase in demand. "Crude prices have risen as supply has tightened, with OPEC maintaining a slow increase in supply rather than intervening to add more barrels to the market," Reuters noted. The global commodities boom has also influenced oil prices "in anticipation that power generators may switch to oil to provide electricity". Gold prices rose by 0.80% for the day, with spot gold trading at $1 781.98/oz at the close of local business amid a weakened dollar environment. 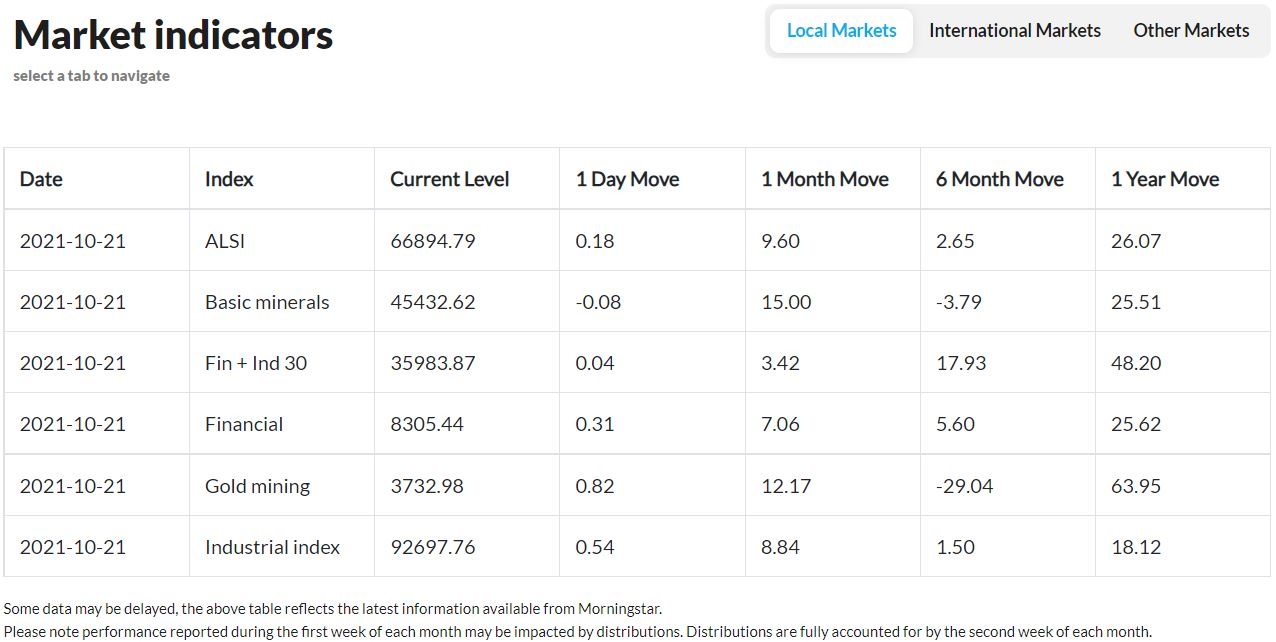