Most global markets extended gains on Tuesday on the back of upbeat corporate earnings results and the British fiscal policy U-turn. However, analysts cautioned that the rally could lose momentum as aggressive rate hikes by central banks and global recession concerns are still very much a reality.

Locally, the JSE rose 0.24%, reaching a 4-week high, boosted by tech and industrial counters, while resources-related shares offset gains. The domestic market also had to contend with Eskom increasing the load shedding schedule after five plants broke down overnight and the continuation of the Transnet strike. "Transnet and the company's majority union UNTU reached a 3-year wage agreement for increases of as much as 6%, but the other union involved in the strike, Satawu, rejected the offer and vowed to continue its action," reported Trading Economics.

Wall Street's three leading indices ended the day in the green on the back of buoyant manufacturing data and better-than-expected quarterly results from Goldman Sachs (NYSE: GS ), Johnson & Johnson, and Lockheed Martin (NYSE: LMT ) easing fears that this might be a weaker earnings season. The pan-European STOXX 600 posted gains for a fourth consecutive session, lifted by autos, construction and materials companies.

In Asia, Japan's Nikkei and broader Topix Index rose more than 1% on Tuesday, tracking Wall Street's overnight rally. Investors looked for riskier options as domestic earnings reports outperformed expectations and the yen weakened. The Hang Seng followed suit to rise almost 2%, while Chinese shares closed down marginally. A string of Chinese economic data, including the 3Q22 GDP rate, is expected this week but has been delayed due to China's Communist Party's ongoing 20th National Congress.

Gold prices inched up further, boosted by a softer US dollar. However, gains were offset by the possibility that the US Federal Reserve will agree to another aggressive interest rate hike. Brent crude traded lower in light of concerns around decreased Chinese demand, global economic slowdown and increased US supply. 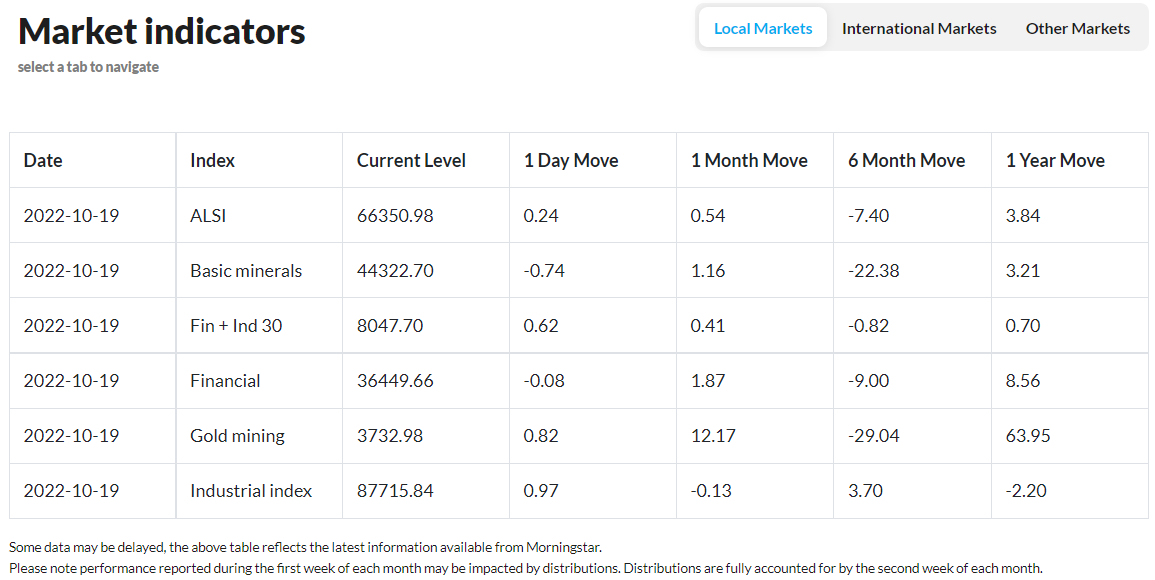