LACK OF INVESTMENT OPPORTUNITIES LEADS TO A DISMAL GFCF

The extent of infrastructure spending in an economy is reflected in the level of gross fixed capital formation (GFCF) as a percentage of gross domestic product ( GDP ). The measure captures how much money as a proportion of total economic activity is being invested in capital goods, such as equipment, tools, transportation assets and electricity, together with various measurable outputs of these investments.

Chart 1: South Africa GFCF as a % of GDP

South Africa’s reported GFCF has been historically low, except for the brief period in the build-up to the FIFA World Cup in 2010 where it reached a peak of 23%, the highest number achieved since the early seventies and start of the eighties. Latest statistics tell a dire story, with GFCF as a percentage of GDP at 12% in 2020, which, although partly a result of the onset of COVID-19-induced lockdowns, is still considered far too low for a developing economy. Several studies consider an acceptable norm to be in the region of 30% to 35% of GDP. We do acknowledge that 2020 was an uncertain period, but most emerging economies were still at least 10% higher than South Africa’s dismal 12% over this period. Despite a lot of noise and talk through various investment conferences, we have seen very little real translation into actual investable opportunities for the market.

HUMAN FAILURE AND A SHAMEFUL WASTE OF PUBLIC FUNDS

The availability of monetary capital is not in shortfall but there is a need to invest in real bankable projects but there remains a gap in respect of much-needed human capital within most spheres of government, in terms of ensuring that project feasibility studies and project preparation are undertaken in a diligent fashion to ensure that they reach a stage where risk-adjusted capital can be applied.

A glaring example, and one of many where the government is failing on this front, is when one looks at the state of South Africa’s municipalities. Ineffectual, unqualified and cadre-driven deployment results in a bleak picture when one looks at the audit outcomes for 2019/2020 presented in a recent Auditor-General Report. Out of 257 municipalities, only 27 showed a clean bill of health, with 57 failing to deliver financial statements at all. Overall, R26 billion of irregular spending was also recorded, despicable and unacceptable waste of public funds.

How could this money have been better spent? R26 billion could have funded the creation of 260 schools, 47 three-hundred-bed district hospitals, or 65 000 affordable housing units - providing a home for more than a quarter of a million South Africans.

SOME HOPE, SOME DESPAIR – AND SEVERAL LINGERING QUALMS

The constitution and creation of Infrastructure South Africa (ISA) and the Infrastructure Fund have gone a long way in terms addressing many of the concerns around project preparation and feasibility studies over the past two years. However, the long-term success of these initiatives will largely depend on a coherent and succinct policy within government to ensure that there are no blockages to stifle their success.

The politicisation of infrastructure remains a big concern, a key example of this being a Minister with two opposing portfolios (Energy and Mineral Resources) bent on maintaining South Africa’s dependency on coal despite huge reduction incentives being placed on the table by the developed world. The Integrated Resource Plan of 2019 allows for a greater dependency on renewable energy over the ensuing years, and it doesn’t make sense not to take advantages of grants and financial incentives that could assist the likes of Eskom in its path to a just transition, which will likely require R190 billion to fund various own-built and run renewable initiatives. The state-owned entity remains heavily indebted through previous instances of mismanagement and malfeasance.

We are, however, seeing some green shoots and some success stories coming out of the creation of ISA and the management of the Infrastructure Fund under the arm of the Development Bank of Southern Africa. But it is still concerning that there were 62 projects mooted at SIDSSA 2020, with close to half of those still forming part of the 55 projects mentioned at SIDSSA 2021 – with no clarity as to what happened to the rest of the projects mentioned in 2020.

While it is evident that very few transactions have reached a state of bankability, one success story is worth mentioning: Phase 2 of the Lesotho Highlands Water Project. This reached financial close earlier this year, drawing in billions of Rands of funding across the capital markets. 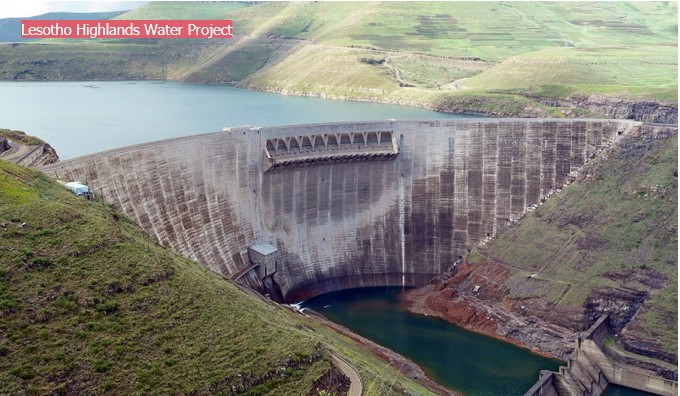 The Lesotho Highlands Water Project forms part of the Integrated Vaal River System that supports development in the provinces of Gauteng, Mpumalanga, Free State, North-West, Limpopo and Northern Cape by augmenting the yield of the Vaal River System.

SOME CAPACITY IN PLACE BUT MUCH WORK TO BE DONE

South Africa’s total infrastructure funding gap has now grown from R1.6 trillion to over R1.8 trillion and it remains a concern that more than 90% of these transactions are still in the initial stages from a project life cycle perspective. In spite of this, the market remains cautiously optimistic that it won’t have to endure in the future what it has become accustomed to in the past: great concepts followed by dismal implementation.

From a pension fund perspective, the market still awaits feedback from National Treasury post the market’s response to their proposed changes to Regulation 28. These were published earlier this year, with the aim for the pension fund industry to play a much more meaningful role in terms of infrastructure investment.

The market remains cautiously optimistic that it won’t have to endure in the future what it has become accustomed to in the past: great concepts followed by dismal implementation.

A lot of work still needs to be done to ensure that the infrastructure pipeline reaches a stage where the capital markets can play a meaningful role. It is hoped that ISA and the Infrastructure Fund can build on their already strong capacity, aided by an enabling political and legislative environment, in order to take South Africa into the future before the impending doom becomes a reality - of basic infrastructure crumbling beneath our feet.