The South African Rand outperformed almost all comparable currencies early in the new week with the aid of a softer U.S. Dollar and in price action that halted a week long rally in GBP/ZAR , which would potentially fall back near to the 19.66 level if the softer Dollar trends persists through the days ahead.

South Africa's Rand rose against almost half of the G20 currency basket on Tuesday, extending earlier gains as USD/ZAR fell back below 18.00 while GBP/ZAR was little changed owing to simultaneous buoyancy in Sterling.

"The survey compilers attributed the weakness to rolling electricity blackouts in South Africa during the month. However, a weaker US dollar and higher global equities pushed the currency higher, underlining that ZAR remains the region's best proxy for global risk," she said in Tuesday market commentary.

This week's declines in Dollar exchange rates were most pronounced following the release of September's Institute for Supply Management (ISM) Manufacturing PMI , which posted its largest fall since June.

The index reached its lowest level since May 2020 in an outcome that was followed by sharp declines in U.S. government bond yields and the Dollar. 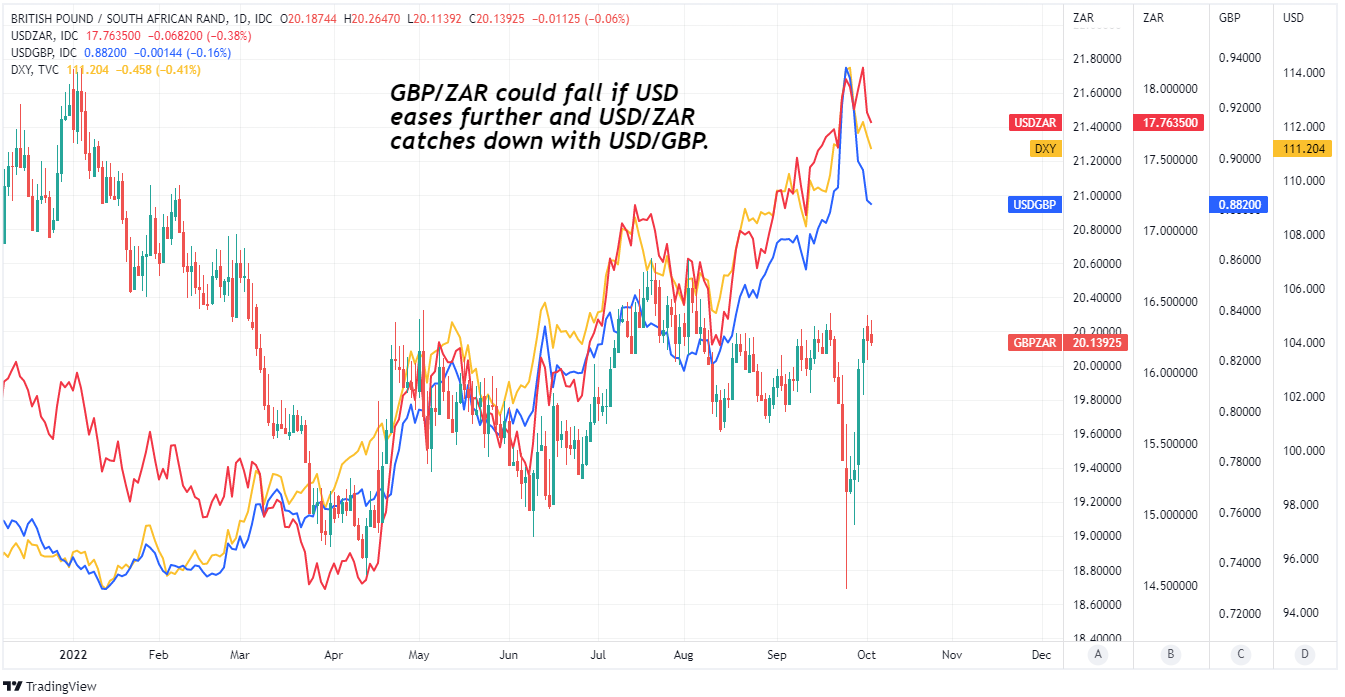 Monday's report suggested that new order and employment levels were falling in September and that prices paid rose at a slower pace, all of which potentially portends an easing of inflation pressures.

"This has brought into question the continuation of the current Fed hiking cycle and whether it will continue its current trajectory for a longer period or halt sooner than expected," writes Walter de Wett, a fixed income and currency strategist at Nedbank, in a Tuesday market commentary.

Falling U.S. yields potentially reflect moderating investor expectations for Federal Reserve (Fed) interest rates in the months and quarters ahead, although any such expectations would be in contrast with the message coming from members of the Federal Open Market Committee.

"Indeed the extremely hawkish tone of Central Banks is a key risk driver of a significant recession, particularly the Fed, with US monetary policy tending to drive, or at least significantly influence, those of other Central Banks," says Annabel Bishop, chief economist at Investec.

"A calming in the tone of the US Fed would do much to alleviate the negative cycle investor sentiment has fallen into," Bishop said on Monday.

John Williams, President of the Federal Reserve Bank of New York, suggested on Monday that anybody hoping for a slowdown in the pace of policy tightening may ultimately be disappointed after saying that lower commodity prices and improved supply chains would not be enough for the Federal Reserve. 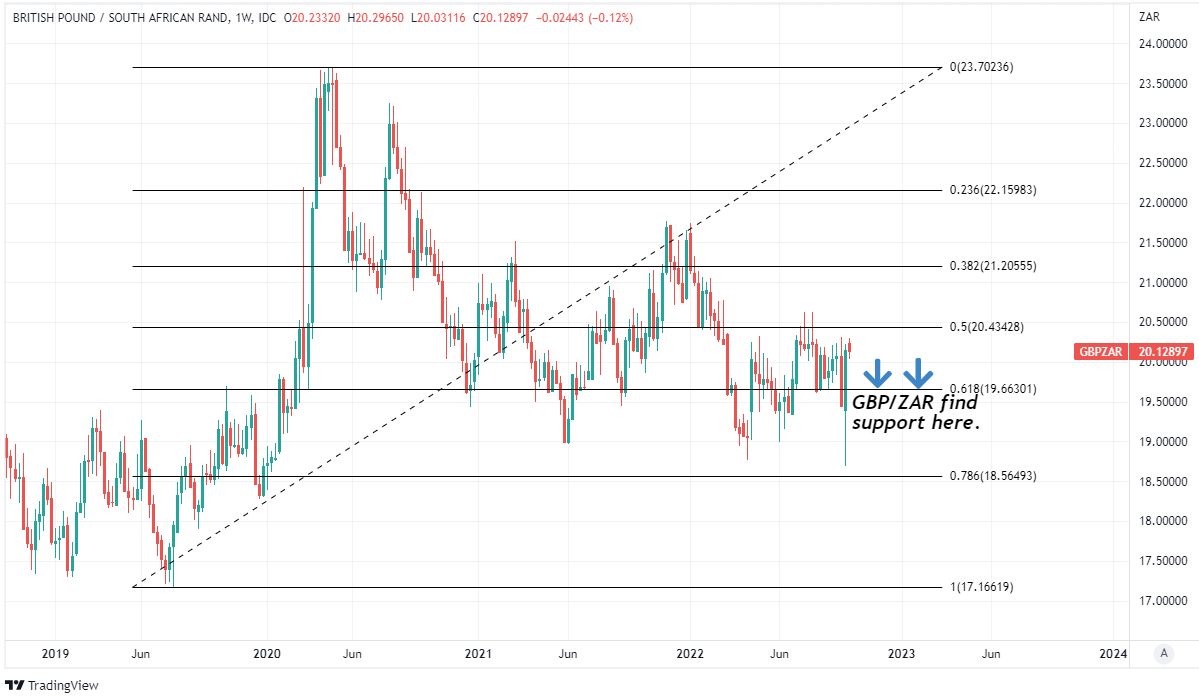 "Absent further supply disruptions, I expect slowing global growth, in part reflecting tighter monetary policy here and abroad, will continue to reduce demand for these products. This should put downward pressure on commodity prices and help ease inflationary pressures, especially for goods and services that are heavily reliant on commodity inputs," he told the 2022 U.S. Hispanic Chamber of Commerce National Conference, Phoenix, Arizona.

"Unfortunately, that's it for the good news on inflation. The fact is, lower commodity prices and receding supply-chain issues will not be enough by themselves to bring inflation back to our 2 percent objective. The demand for durable goods remains very high—beyond what can be produced and brought to market, even with improved supply chains. And the demand for labor and services is far outstripping available supply. This is resulting in broad-based inflation, which will take longer to bring down," he added.

For many economies this means that returning U.S. inflation to the 2% target and any subsequent easing of monetary policy at the Fed would likely come as a bittersweet victory and even more so for South Africa due to its commodity industries and the interlinkage with the national budget.

This interlinkage was discussed just last week by South African Reserve Bank Governor Lesetja Kganyago at the Centre for Education in Economics (CEEF) Africa Johannesburg where he delivered a speech titled; Reflections of macroeconomic policy since 1995, from NICE to VICE – and back again?

"We will need a macro strategy that delivers fiscal sustainability. There have been some signs of progress lately, but we are still running fiscal deficits near 6% of GDP , despite record commodity prices. We have seen before, and we know high commodity prices do not last forever. At some stage, the commodity prices will correct, and we had better be prepared for it," he said in part.

"For monetary policy, our immediate priority is to guide inflation back towards the middle of our target range. Our larger strategic goal, however, is to undo the error of 20 years ago, when we gave up on lowering the inflation target. A recent review of monetary policy conducted by Athanasios Orphanides and Patrick Honohan makes a compelling case for a lower inflation target of 3%. This target would be in line with our peers," he added.