The S&P 500 had risen by nearly 1% at the start of the day yesterday, but by day’s end, all the gains were gone, with the index finishing 12 bps. There are now two bearish trading patterns in the index that I am noticing, given yesterday’s weak close. The first is the rising wedge pattern, which I have repeatedly pointed out. The second is the 2b topping pattern that appears to be present in the S&P, Dow , and QQQ ETF.

The rising wedge in the S&P 500 is easy to see, and it tested support again yesterday. The index attempted to take out the highs from August 3, was promptly rejected, and then closed below the August 3 price of 4155.17. That sets up what I think is that 2b Topping Pattern. 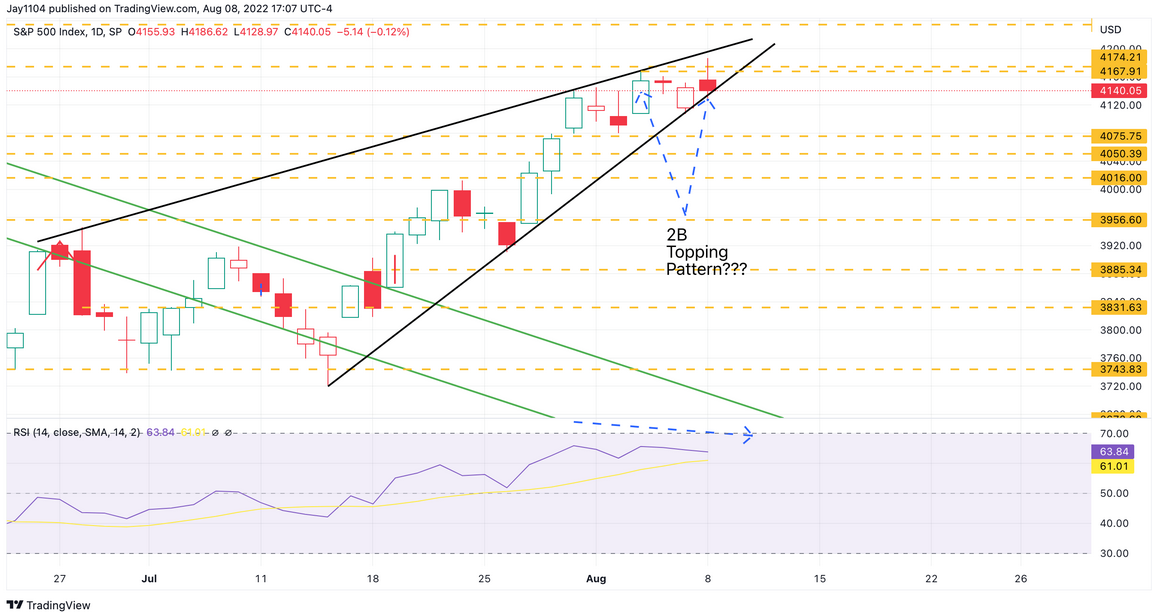 The same pattern is present in the QQQ ETF, when the ETF tried to take out the highs from August 4 and was promptly rejected. 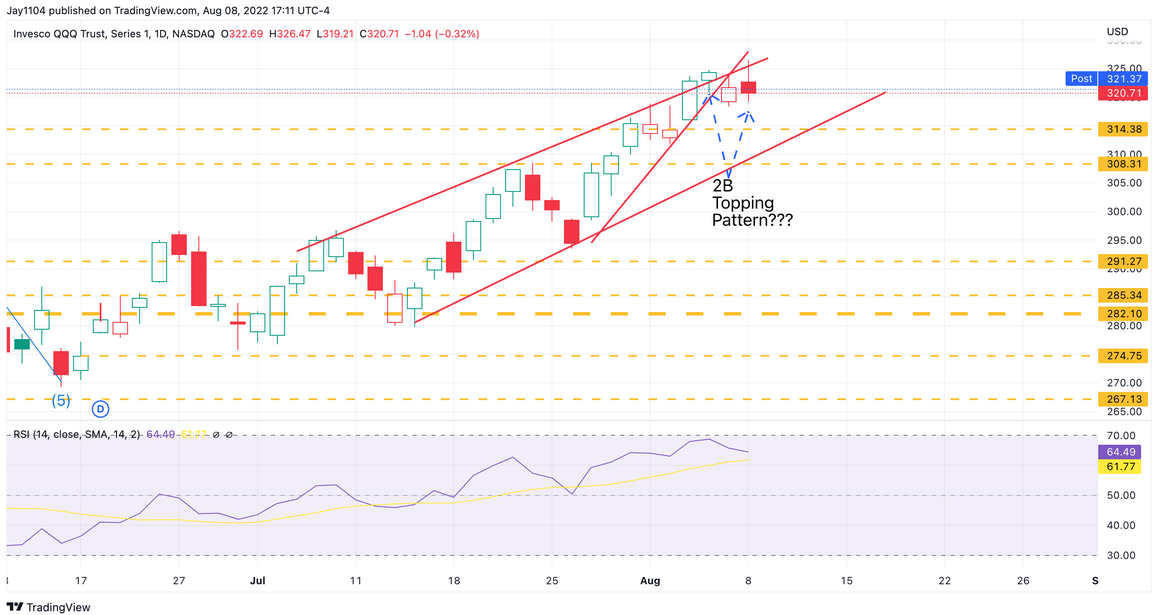 The same pattern is present in the Dow Jones Industrials as well. 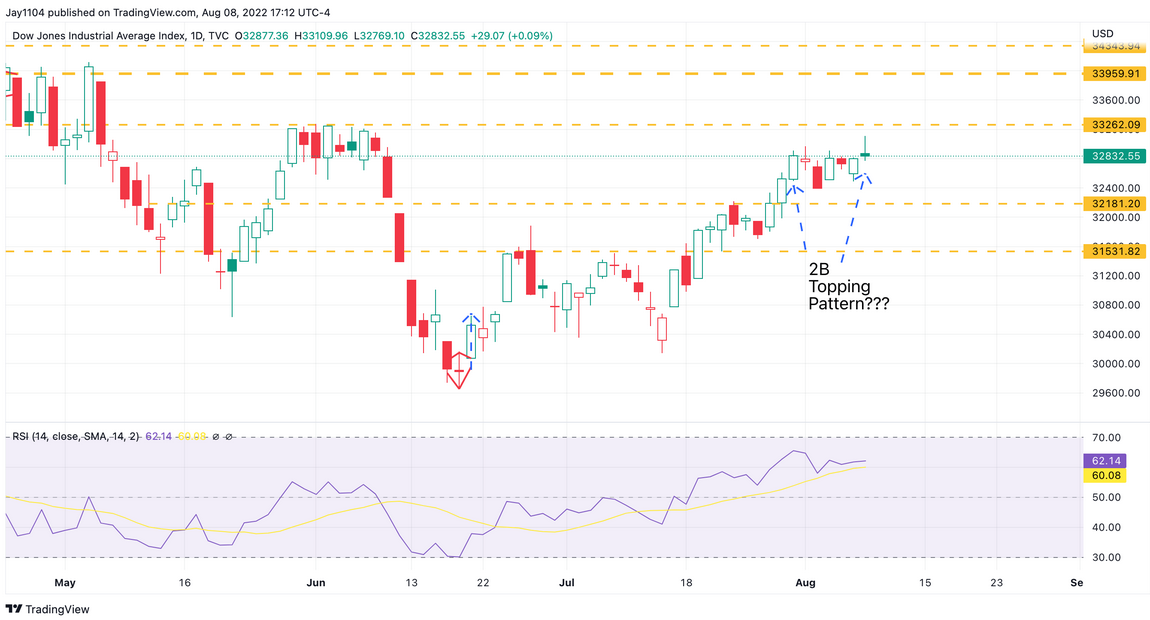 These 2b patterns can be invalidated if the market can clear these prior highs. If not, then the 2b pattern sends that potential reversal signal. This diamond pattern in the S&P 500 futures and the rising wedge also speaks to a possible reversal in the market to come. 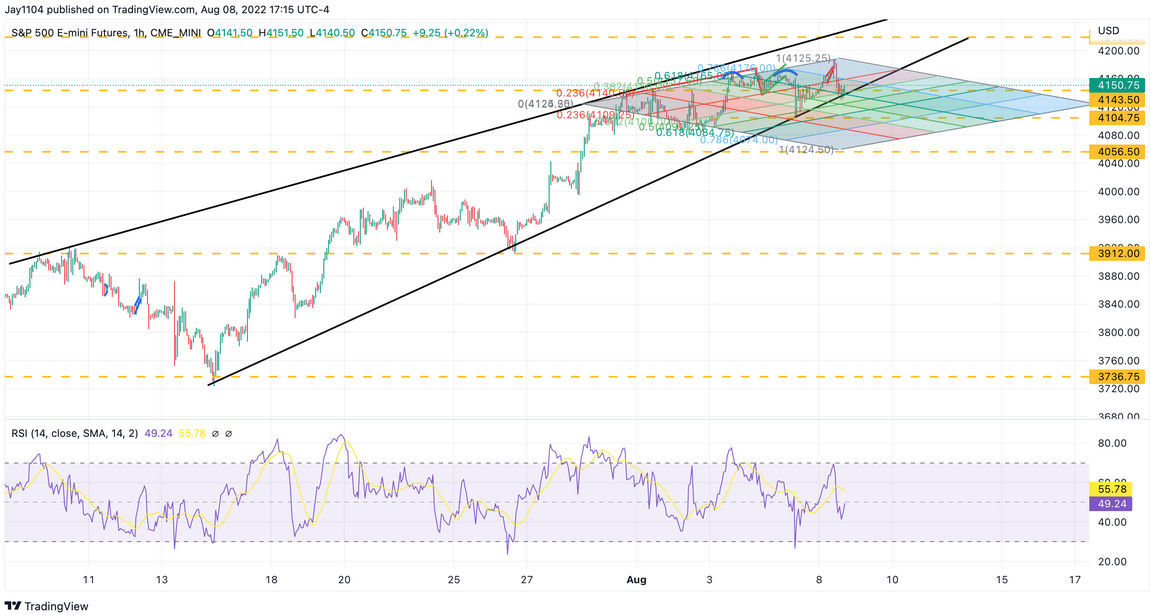 Additionally, we saw the VIX to VVIX ratio drop again yesterday, most notably because the VVIX index rose by around 3.3% yesterday, while the VIX rose by 60 bps. The declining ratio and the rising VVIX index tell me that very quietly implied volatility is starting to rise again in this market. 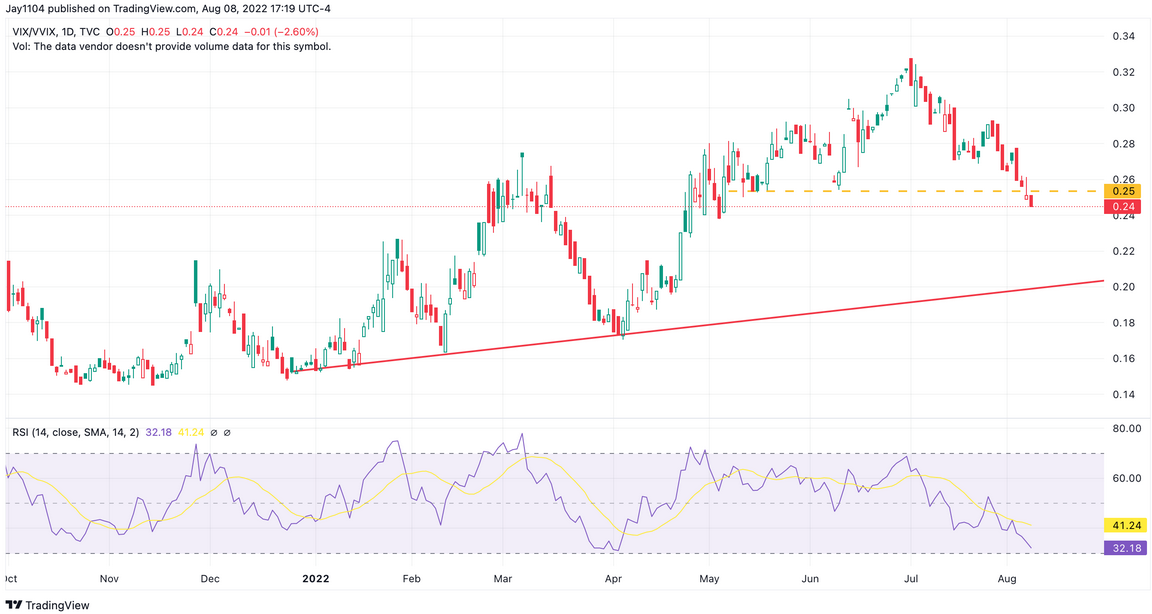 NVIDIA (NASDAQ: NVDA ) pre-announced its quarter, posting disappointing results and a significant revenue miss. The news was surprising, especially since it was NVIDIA, a company that doesn’t miss very often. Yesterday’s news killed whatever upward momentum NVIDIA had, dropping it below a short-term uptrend. I’m surprised it was down by just 6%. 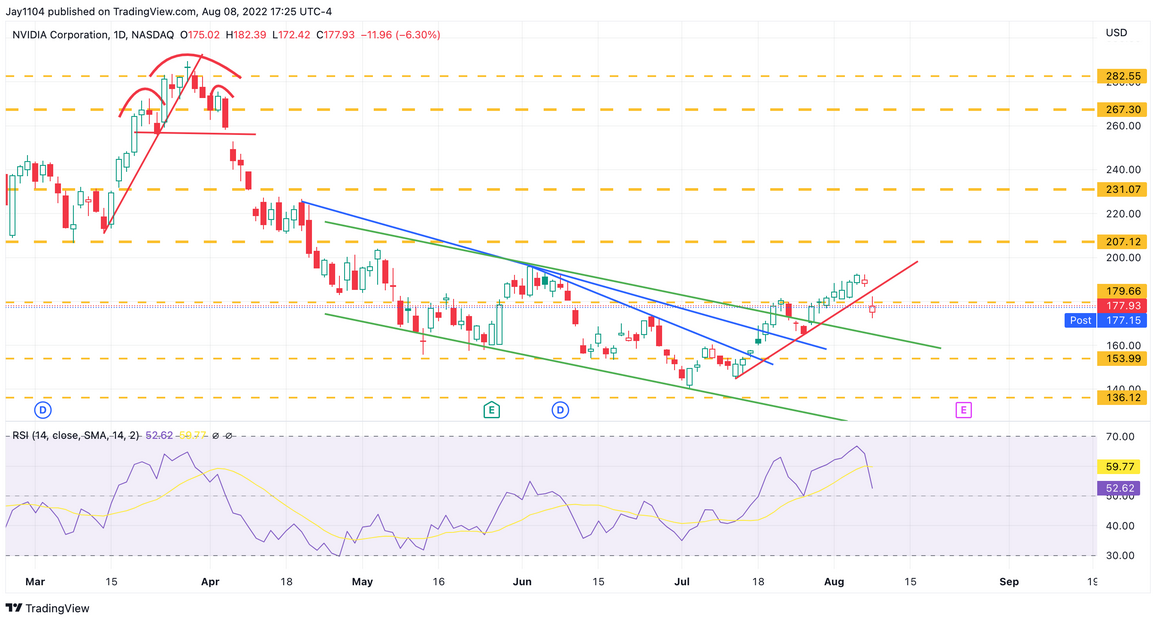 Microsoft (NASDAQ: MSFT ) also looks like it may have that rising wedge pattern in it. Additionally, a bearish divergence is taking place with its hourly RSI. That big gap needs to get filled at some point, too, all the way down around $252. 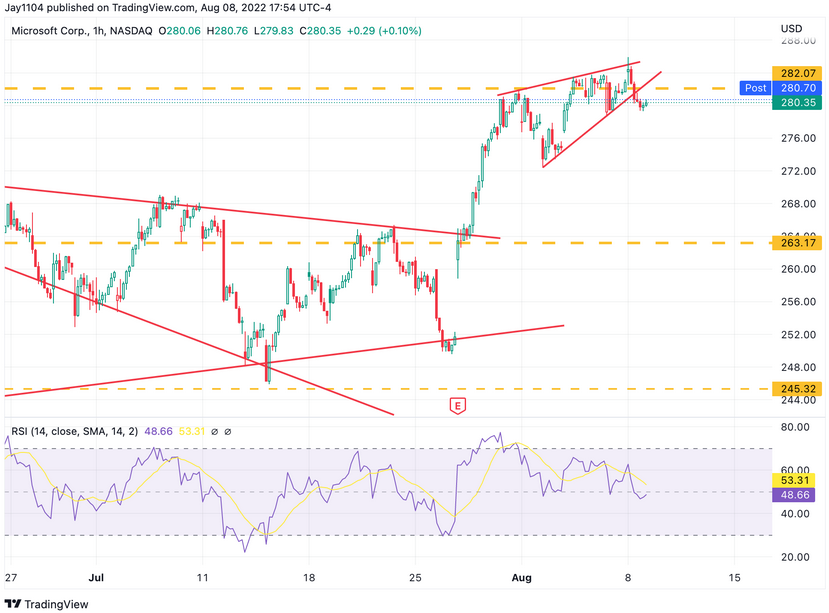 Netflix (NASDAQ: NFLX ) rose yesterday, something I didn’t think was likely, but it also looks more evident that that stock has a rising flag pattern. Flag patterns that rise are reversal patterns and tend to result in a drop back to the origin, in this case, around $175. 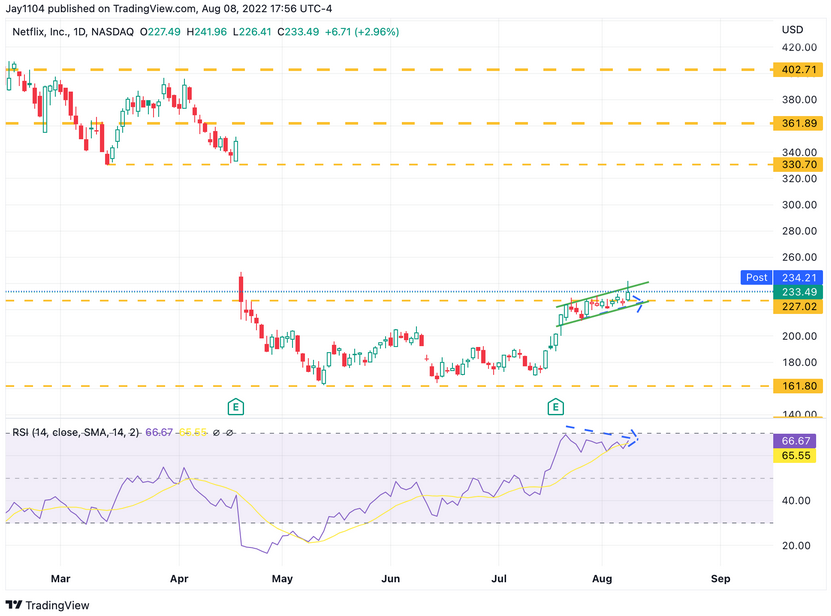