The market fell right out of the gate yesterday as rates surged around the globe, following hotter-than-expected CPI data in the UK. The US retail sales number added to the already surging rates because the report seemed pretty strong on the surface. As for the Fed minutes , I think the jury is still out. The headlines which immediately crossed appeared dovish and echoed what Powell said at the FOMC press conference. But reading the minutes suggests rates will get to a certain level and stay there.

Spreads shows that the June Fed Futures rate is trading higher than the February Fed Fund futures rate. Previously the market had seen the Fed starting to cut rates in February, and clearly that is no longer the case. 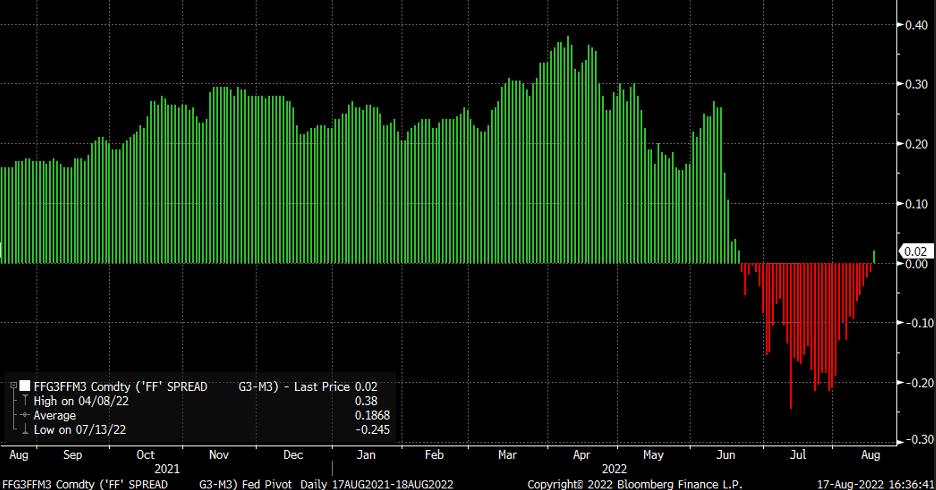 The LQD also fell yesterday, and it is right on the border as to whether or not it has broken the neckline of a double-top pattern. If it is a double top pattern, which I think it is, it probably has more to drop, potentially to around $111. 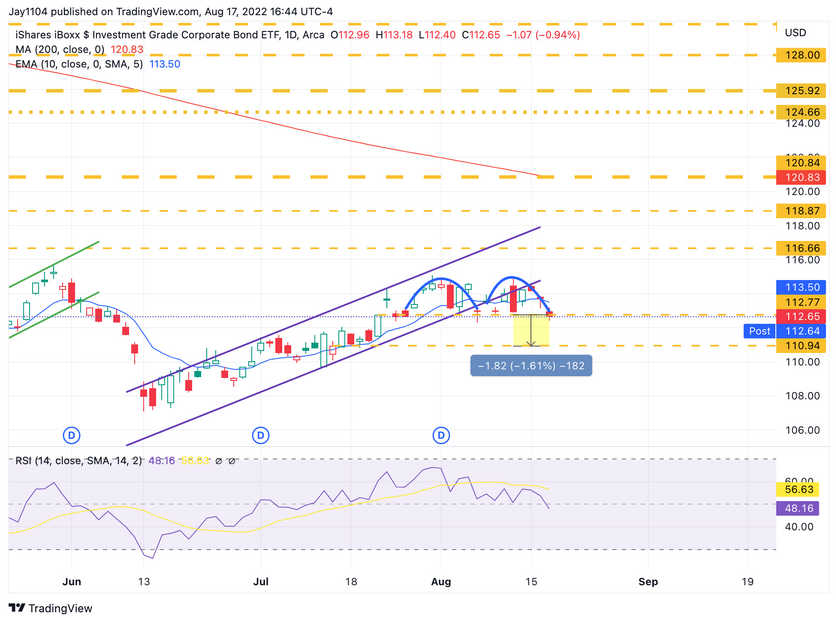 The LQD dropping is essential because it will likely be a powerful sign that financial conditions are starting to tighten again. The IEF/LQD ratio is also trying to break free of that significant downtrend. 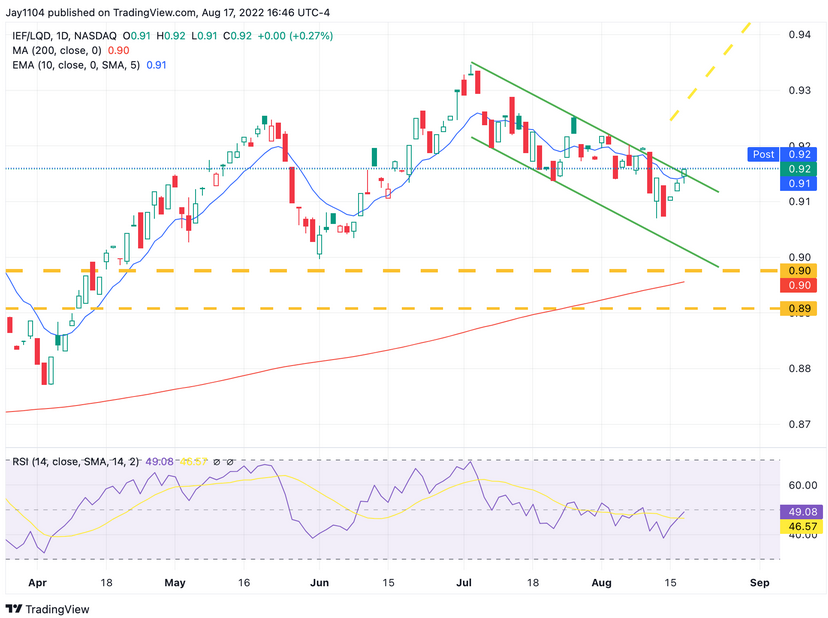 This is important because if financial conditions start to tighten, it will indicate that the rally in stocks is not only over, but depending on how much they tighten, the entire rally we have just witnessed could vanish rather quickly. The biotechs are another key sector to watch because they need access to capital to fund the cost of the development of drugs. The XBI dropped yesterday below the trend line and never recovered it. The RSI is on the cusp of breaking its uptrend too. 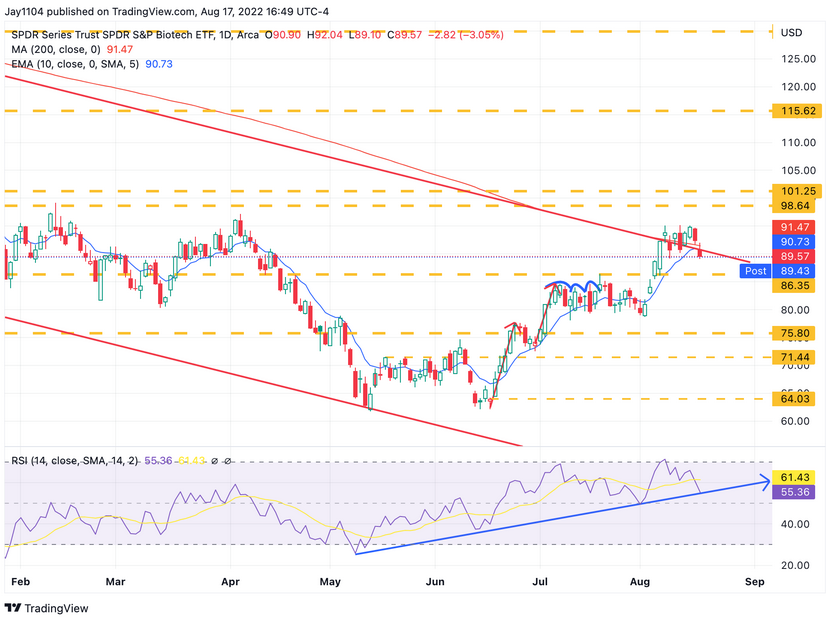 The S&P 500 futures broke several uptrends yesterday, and they never recovered. But more telling is that the market tried to take out 4,300 on Wednesday, failed, tried again briefly yesterday afternoon, and was rejected, which is very bearish. 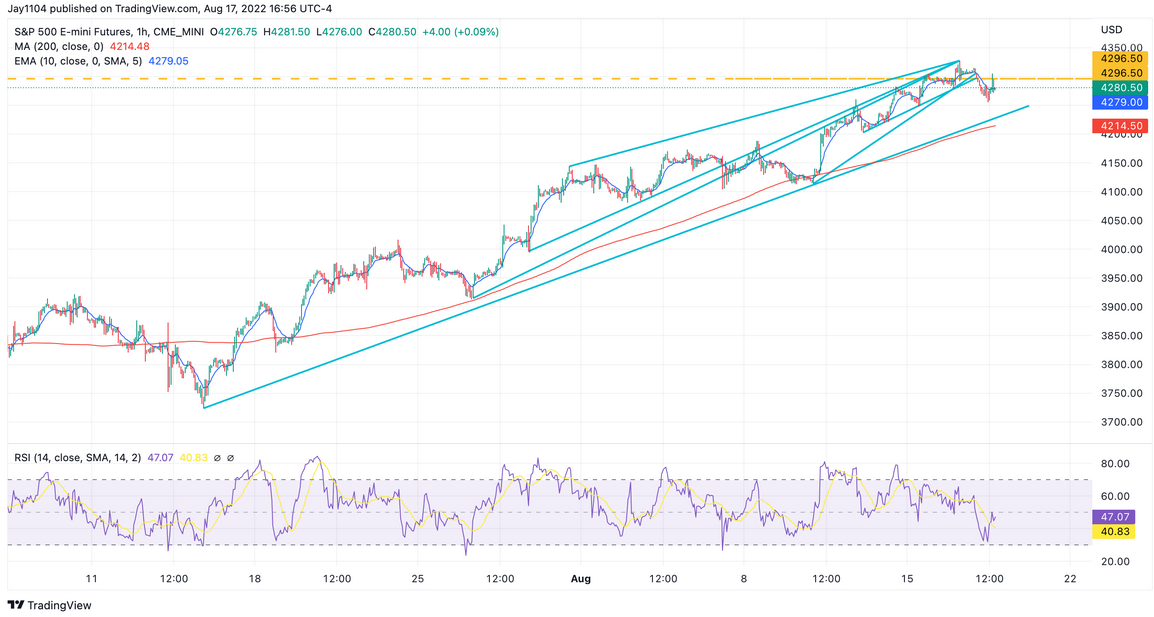 4,300 is going to be a challenging level to close above this week, especially with options expiration on Friday morning for the index options. Additionally, that served as significant resistance going back to the end of April. Yes, I still see 3,950 coming. 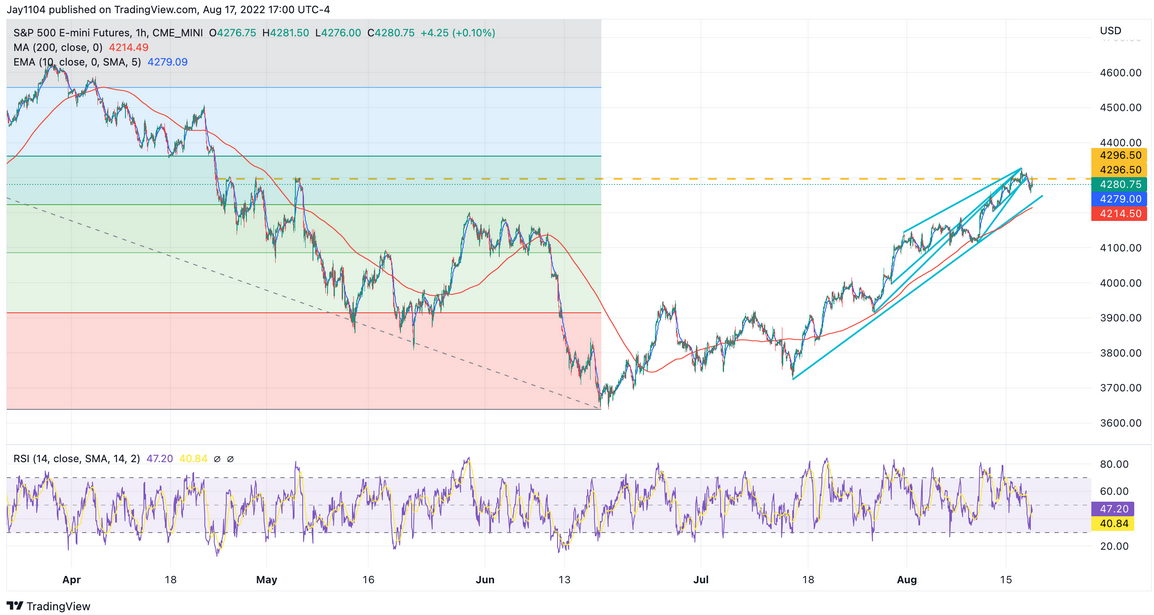 The ARKK ETF was slammed yesterday and is on the cusp of breaking a significant uptrend. The RSI has already broken its uptrend. Very bearish, in my opinion, once broken. 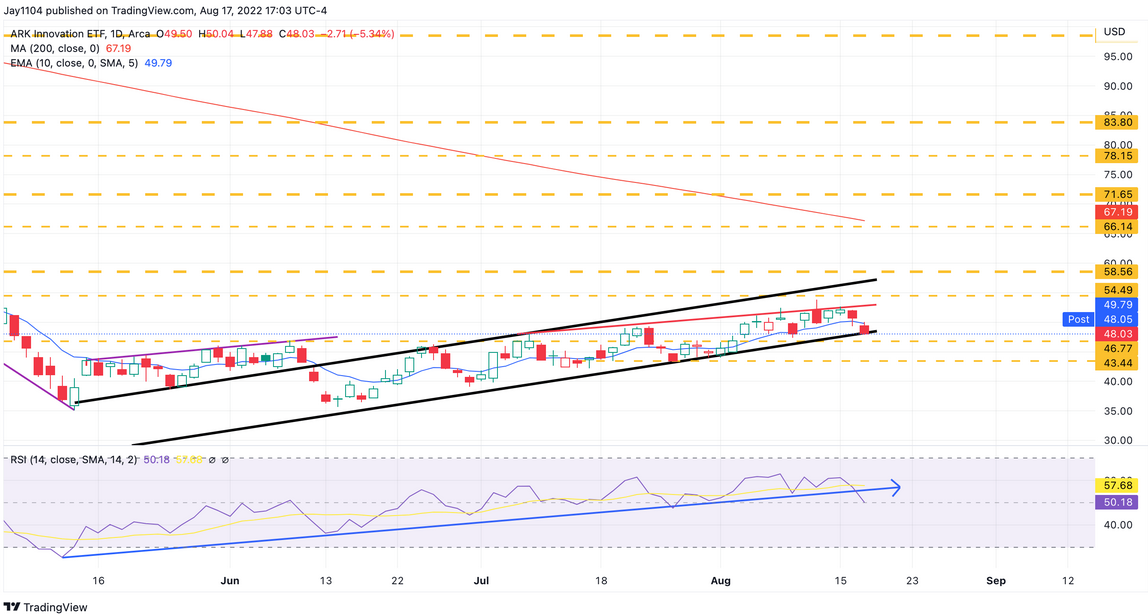 Zoom Video (NASDAQ: ZM ) is also breaking down and falling below its longer-term uptrend. $95 seems like a reasonable level to find support, but given the size of the uptrend, a steeper drop to $88 seems more probable. 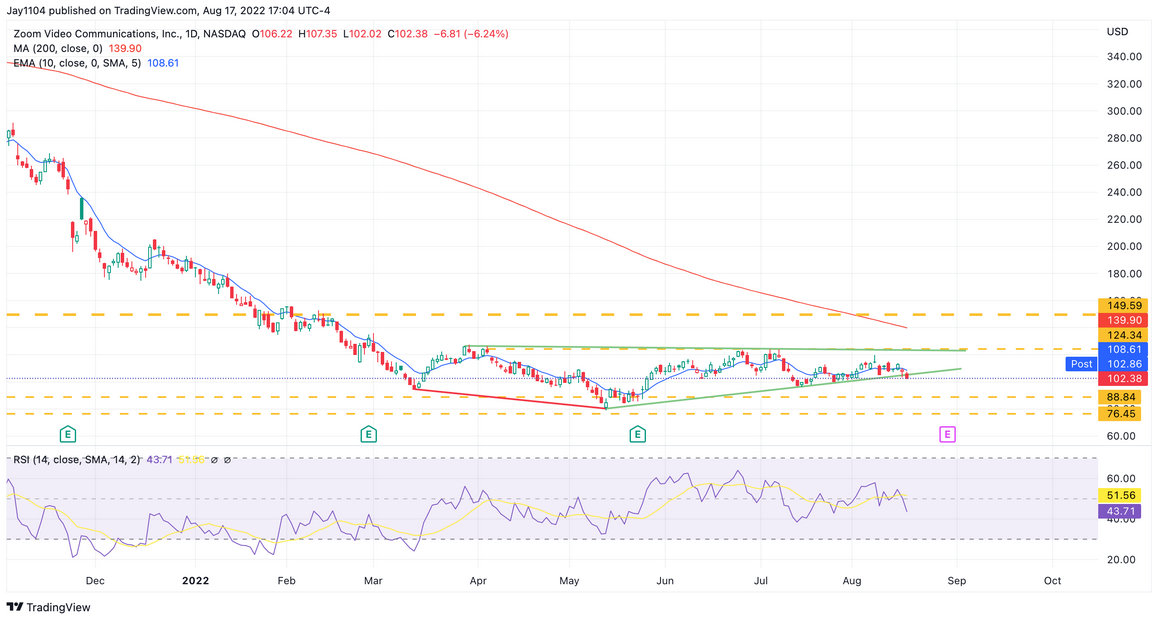 Netflix (NASDAQ: NFLX ) has taken longer than expected to turn down than I thought, but the RSI is now rolling over, and the stock seems to be going with it. A drop back to $190 seems like a nice place for this one to settle, in my opinion. 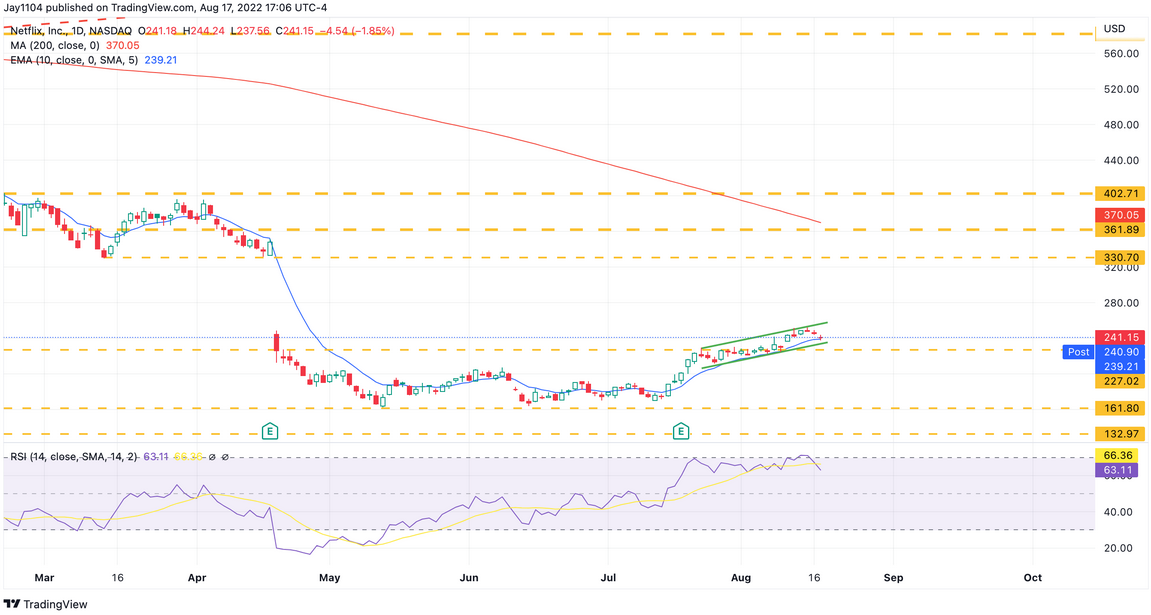