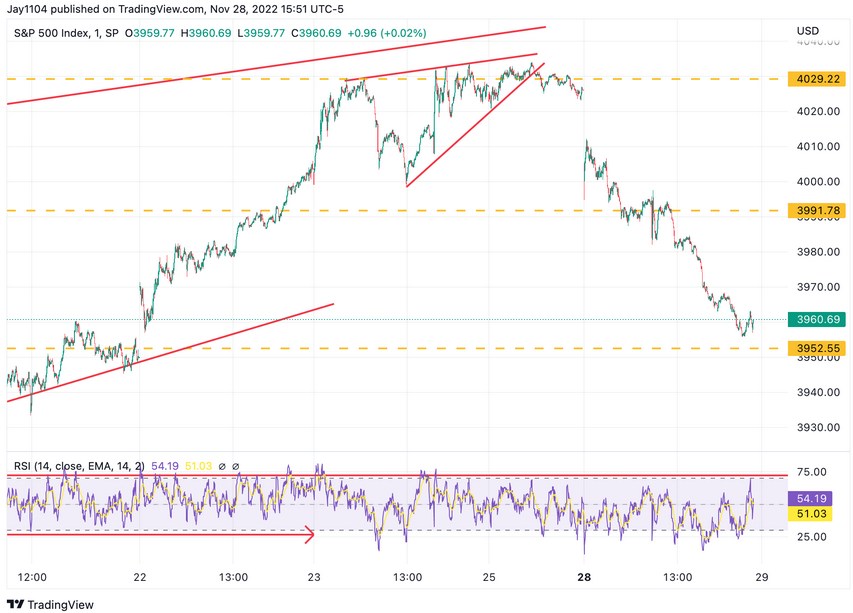 With that, I think my “C” wave is complete, and we have started the next impulse leg lower. 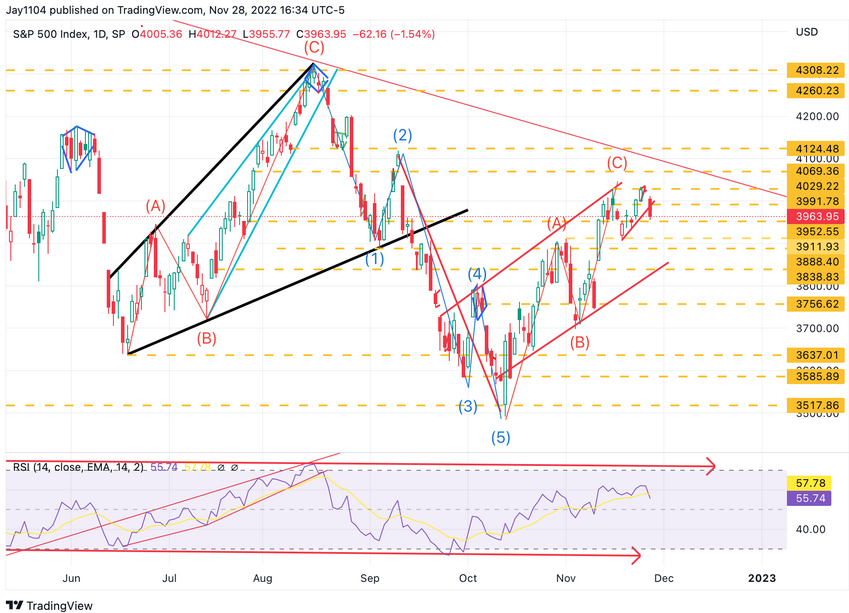 I think a reversal in the market was pretty much due. It was evident from the rise in the VVIX and CBOE SKEW index last week that something was changing in the market, and given the hawkish Fed minutes and now Jay Powell coming up on Wednesday, traders are starting to think about their tail risk again. Also, a pretty hard reversal yesterday in the dollar index .

Higher implied volatility and a stronger dollar point towards tightening financial conditions, and I hate to say, but as I have been saying, that is what the Fed wants. So it could be that the market is anticipating a hawkish Powell.

Most notably, the Markit CDX High Yield Spread Index increased yesterday, a sign of tighter financial conditions. Given the amount of easing, if this is the market’s wake-up call, then the process has only begun.

Part of the rally in the dollar yesterday had to do with the events in China, its zero-COVID policies, and the protest. The dollar did gain notably today against the Chinese yuan . I would think that without a reopening policy in China, the yuan continues to weaken versus the dollar and should help support the DXY to some degree.

What was also notable yesterday is that Dow Jones fell sharply, and it has been a monster leading the market higher. It broke a pretty significant trend line yesterday and has a big gap to fill down to around 32,500. 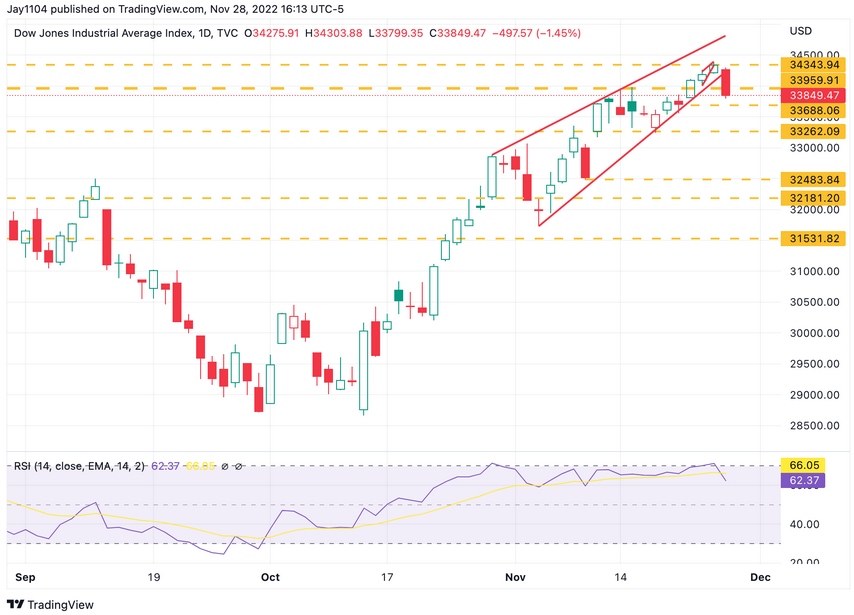 The same thing happened yesterday to International Business Machines (NYSE: IBM ). Again, we have been watching IBM because it has been a market leader of late. But you can see the trend line for IBM is broken, and that would suggest that there could be a short-term pullback in the stock, which has the potential for the shares to drop back $136. 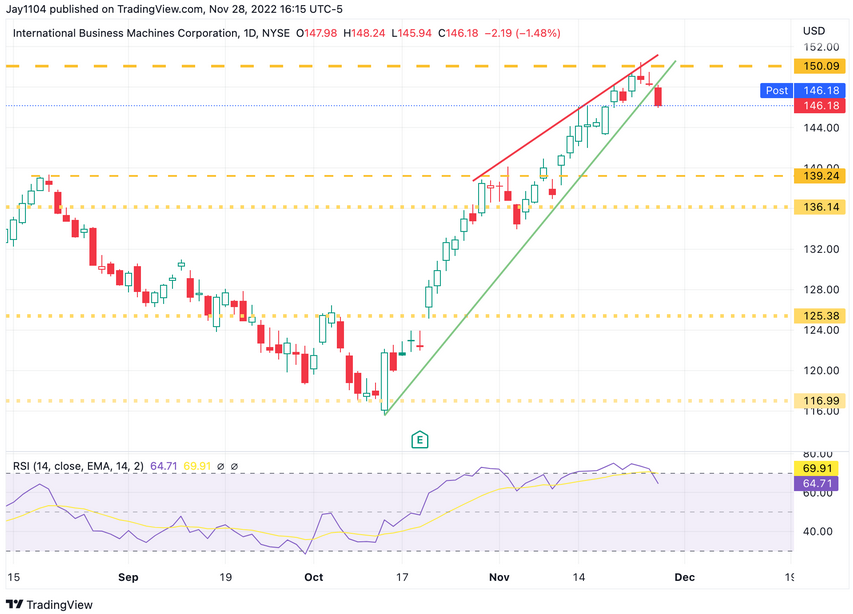 Caterpillar (NYSE: CAT ) has also been a market leader of late. This one appears to be making a double top. As I have previously noted, the RSI is trending lower. However, the stock must fall below $224 to confirm the double-top pattern. Should that happen, it would suggest the shares of CAT could drop back to $208. 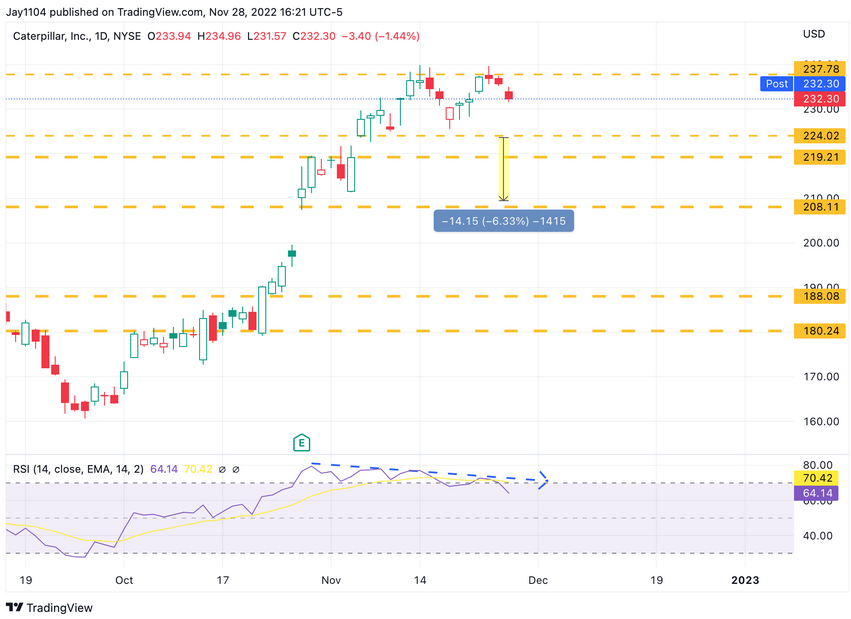 Zoom Video (NASDAQ: ZM ) made a new closing low yesterday, which is very important. As I have observed, when Zoom makes a new low, the broader Nasdaq 100 is not far behind. So we will need to watch this one closely. If it starts to break down materially and drops below $70, it could be a significant warning sign for what’s to come next for the entire market. 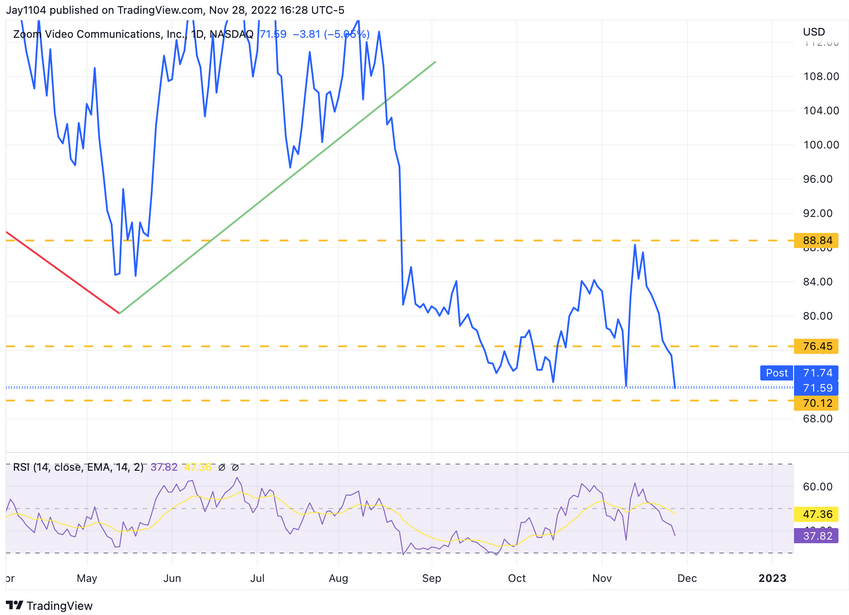