Stocks finished yesterday lower, with the S&P 500 dropping around 1% to a new cycle low, closing at 3,655, which was lower than the June low of 3,666. The move lower followed higher rates, a strong dollar , and wider spreads. It sent implied volatility levels higher, dragging the S&P 500.

The index tried to rally but failed early on and is now entering oversold conditions with both an RSI below 30 and an index trading below the lower Bollinger band. But just because a market is oversold, it does not mean it can’t become more oversold.

The S&P 500 was more oversold in January than it is now. I would like to see the RSI make a new low, implying the S&P 500 would need to fall further. 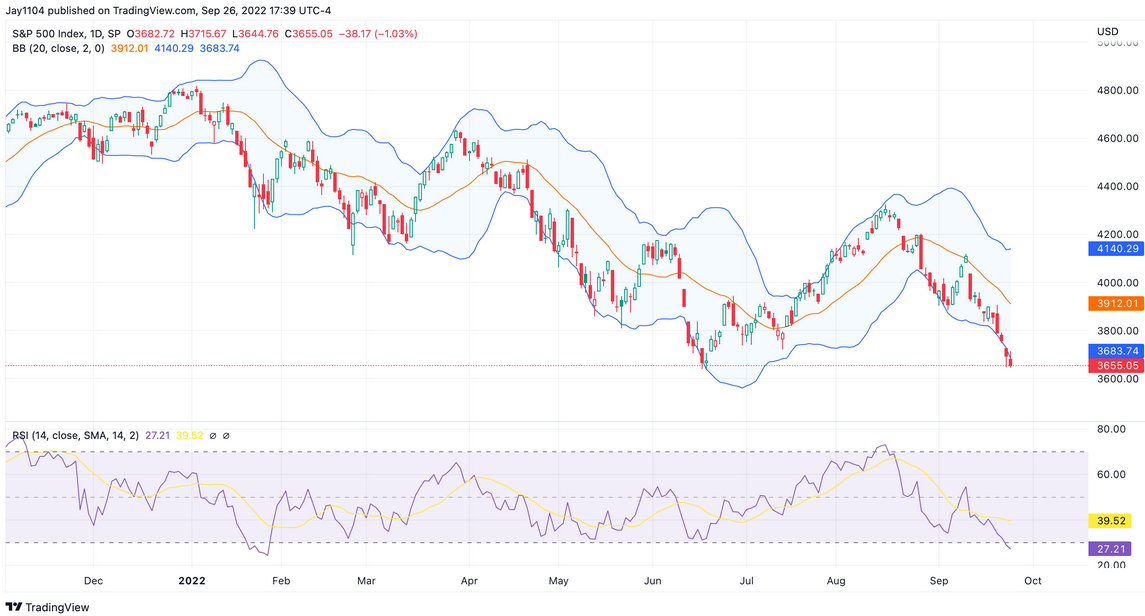 Meanwhile, the 10-year TIP rose yesterday by almost 31 bps to close at 1.62%, its highest level since the spring of 2010. But what is crazy is that despite the Nasdaq being down almost 33% from its peak, the index is more overvalued yesterday than at any point since 2009. Stocks just aren’t falling fast enough to keep pace. 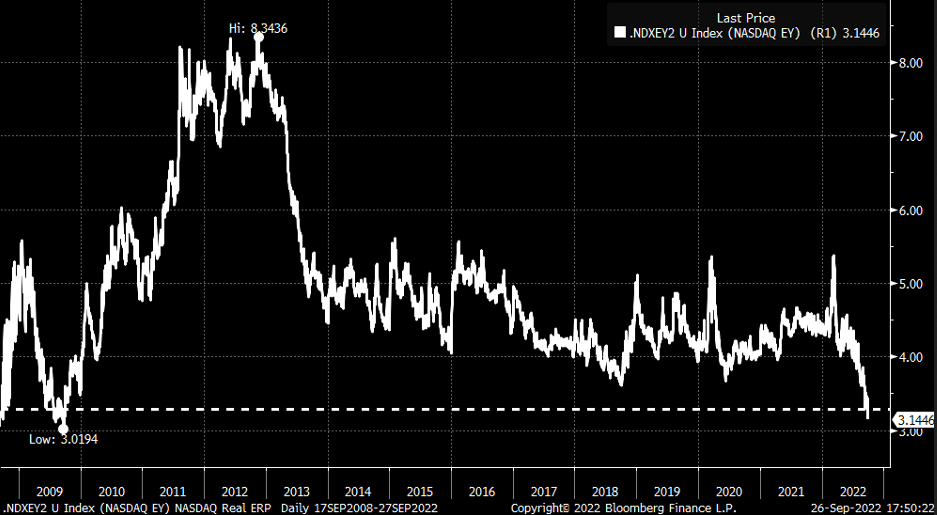 Advanced Micro Devices (NASDAQ: AMD ) is getting closer to filling that gap at $62.60. 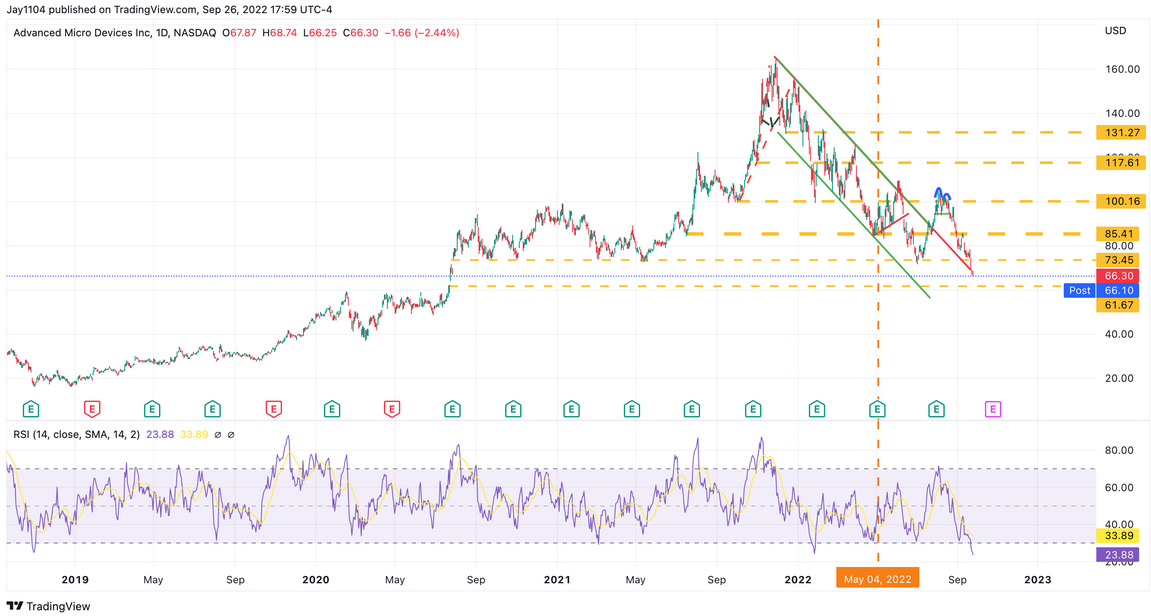 Adobe Systems (NASDAQ: ADBE ) is now below its pandemic lows and could be on its way to $261. 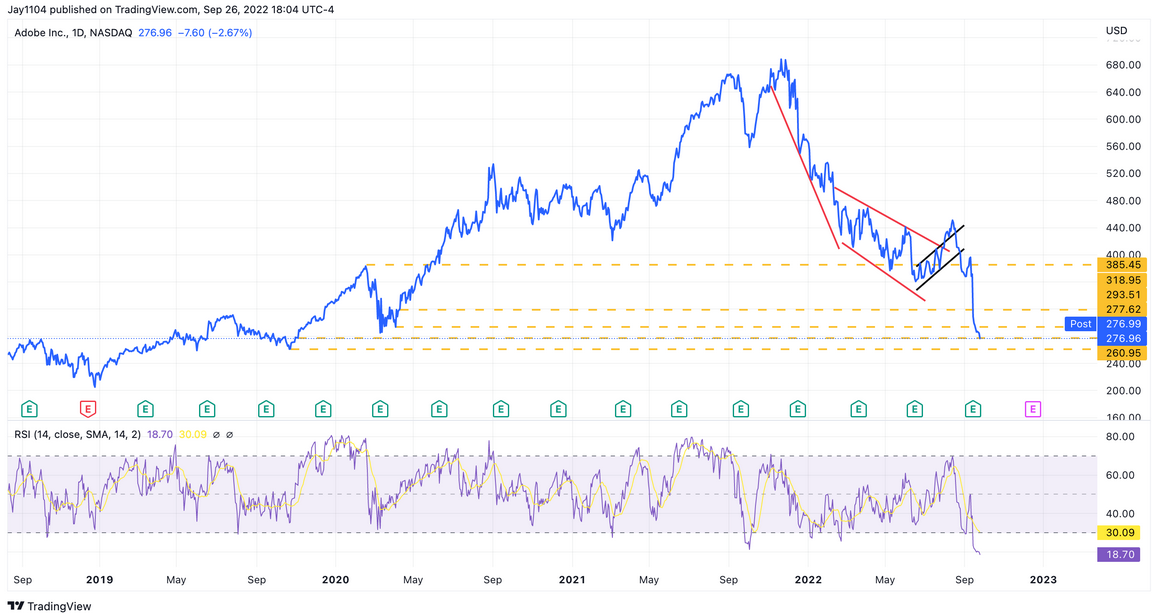 Block (NYSE: SQ ) fell through the ascending broadening wedge and is probably heading to its pandemic lows. 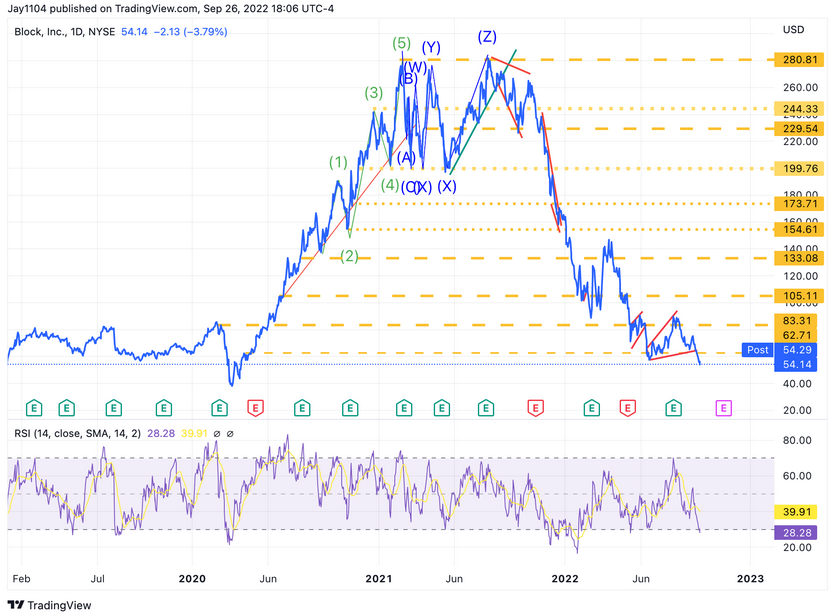