Stocks jumped yesterday after the Bank of England noted it would help to stabilize the British bond market. Rates fell dramatically across the curve in the UK, resulting in rates falling in the US. How far rates fall in the US is yet to be seen, as the UK bond buying operation will last only through the middle of October.

It sounds to me like the UK’s bond market was on the verge of spiraling out of control, and the central bank stepped in to stabilize it. How that is good news is beyond me. But after being very oversold, it didn’t take much for the market’s rebound.

I have no view of the market as of this moment. I need some time to see where it steers me. 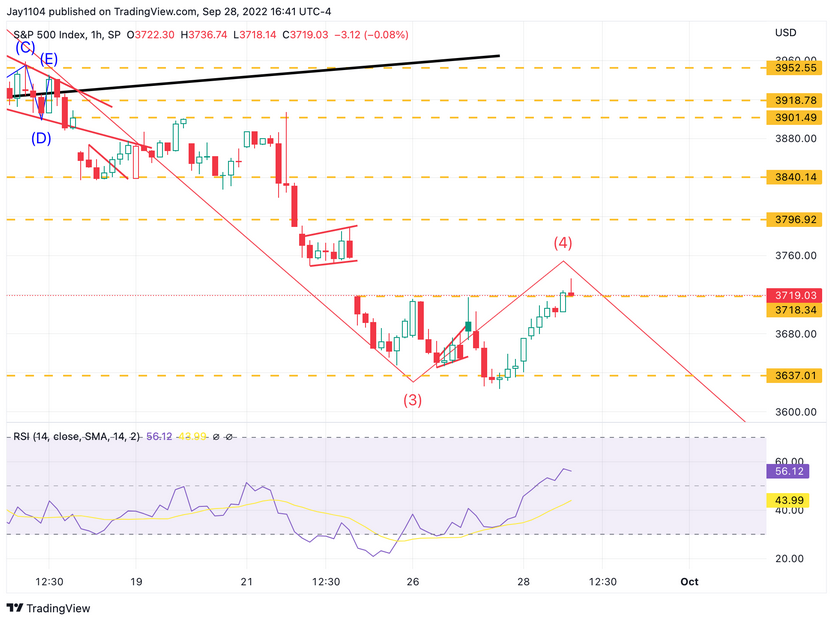 The 2-year rate fell by 16 bps to 4.13%, following the BOE news, and where the 2-year goes from here will depend on where the market thinks Fed Funds rates are going. Shorting the 2-year has been a very popular trade, and it has traded “special” now for some time in the overnight repo market, which means it is tough to borrow. I wouldn’t be surprised if much of the move-down in rates yesterday was profit-taking. 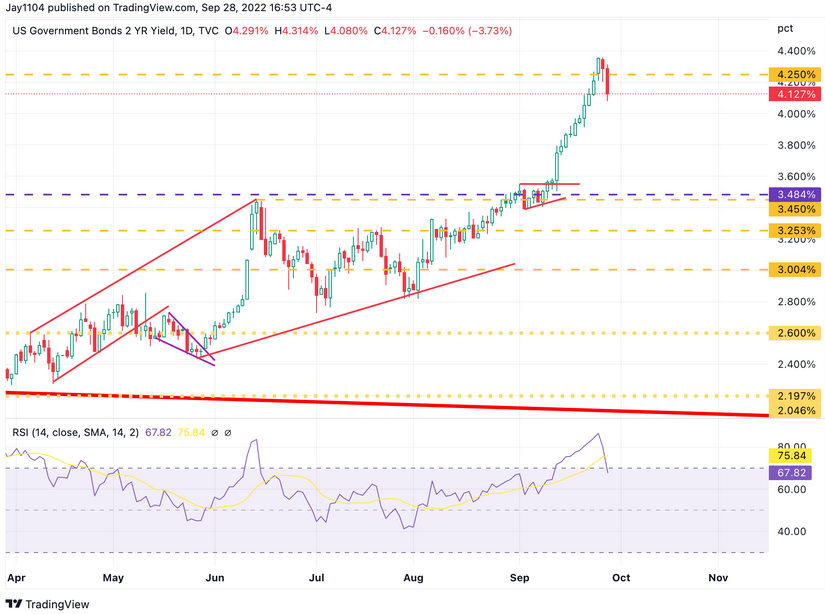 Zoom Video (NASDAQ: ZM ) rallied for a second day and continues to act as an excellent leading indicator for the market. But resistance is overhead at $76.45, so at least at the moment, the rally may be closer to its end than the beginning. 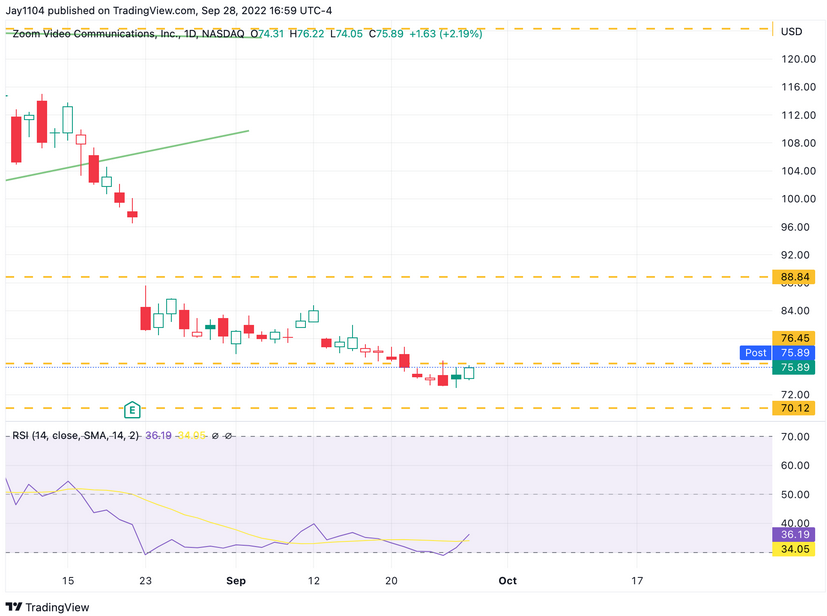 Amazon (NASDAQ: AMZN ) rallied by around 3% yesterday, but I’m not sure that the pattern in Amazon is all that bullish. It almost looks like a bear flag. But we will see what happens to it today. 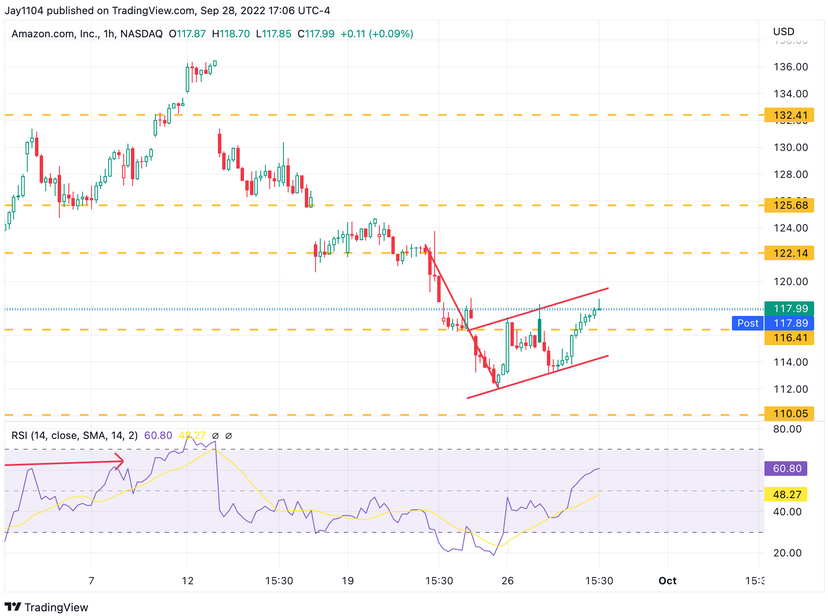 Alphabet (NASDAQ: GOOGL ) has fallen out of its bear flag, filling the gap at $97.20. But the decline in the stock to this point doesn’t seem like enough to account for the size of the pole portion. Even from a conservative standpoint, a drop to $83 seems possible. 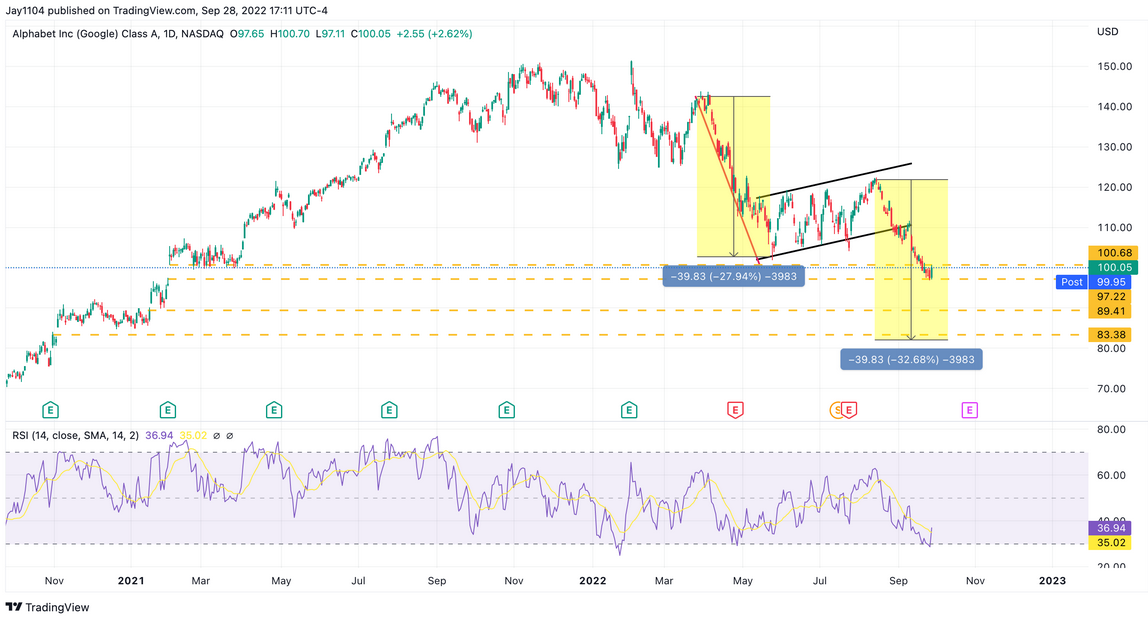