Sort of a strange day, with markets moving lower to start the day as rates and the dollar increased. The better-than-expected ISM data added to the downturn. Then after the European market close, the dollar started to give back, and the S&P 500 moved off the lows and finished down just 20 bps, despite being down more than 1.6%.

From a technical standpoint, nothing much changed when the S&P 500 gapped lower and filled the gap. The jobs data on Friday is going to decide the next leg of the market, and after reviewing the ISM data, and after Brain Deese said the labor market is showing resilience with some cooling; there is a good chance, I think, the job number comes in better than expected. The ISM services employment index shows that in the last couple of months, the ISM employment index has improved, making me wonder if the job report comes in hotter than the forecasted 260,000.

From a technical point of view, nothing changed on the S&P 500. The resistance level at 3806 held, and the big move up mid-day came on minimal volume from what I can tell. 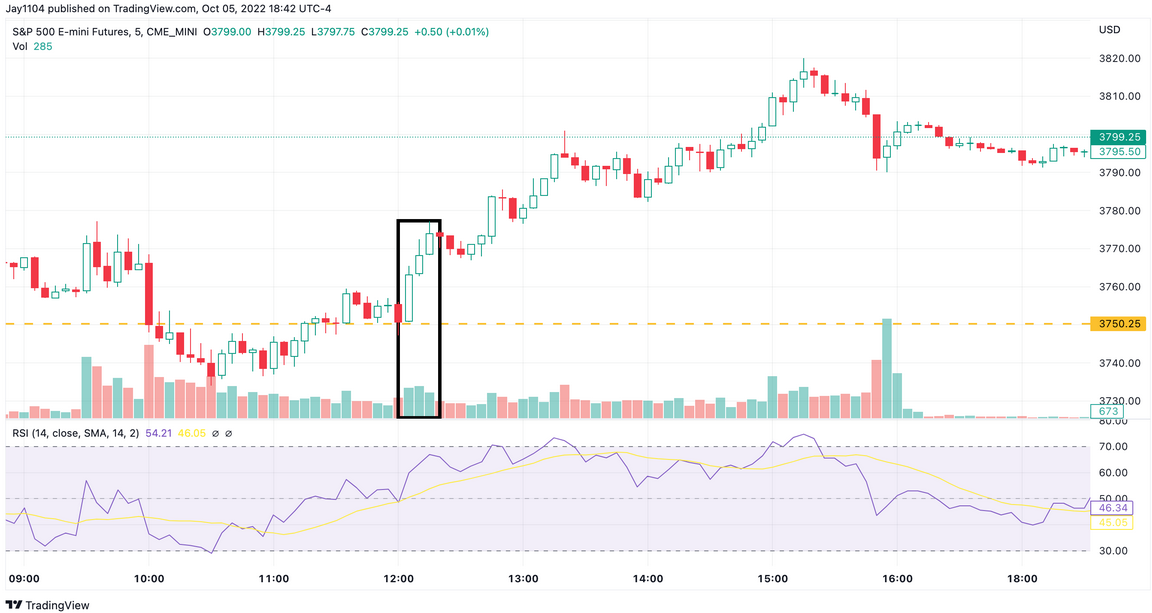 The 2-year has consolidated around 4.15 to 4.25% level and could be in a bull flag, suggesting the next move up the 2-yr could be significant and perhaps push it to that 4.6% rate. 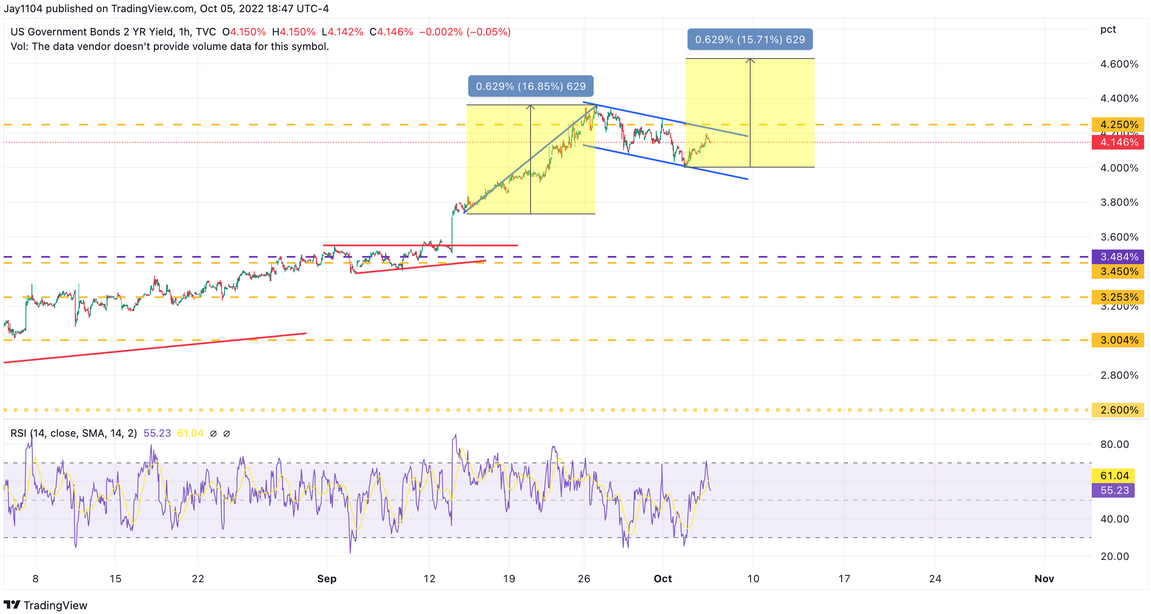 Meanwhile, ARK Innovation ETF (NYSE: ARKK ) is trending down and has an RSI that is trending lower, and the two suggest that ARKK is in a solid downtrend. If the ETF is falling out a bear flag from the mid-August peak, it simply hasn’t fallen enough to suggest it has bottomed. 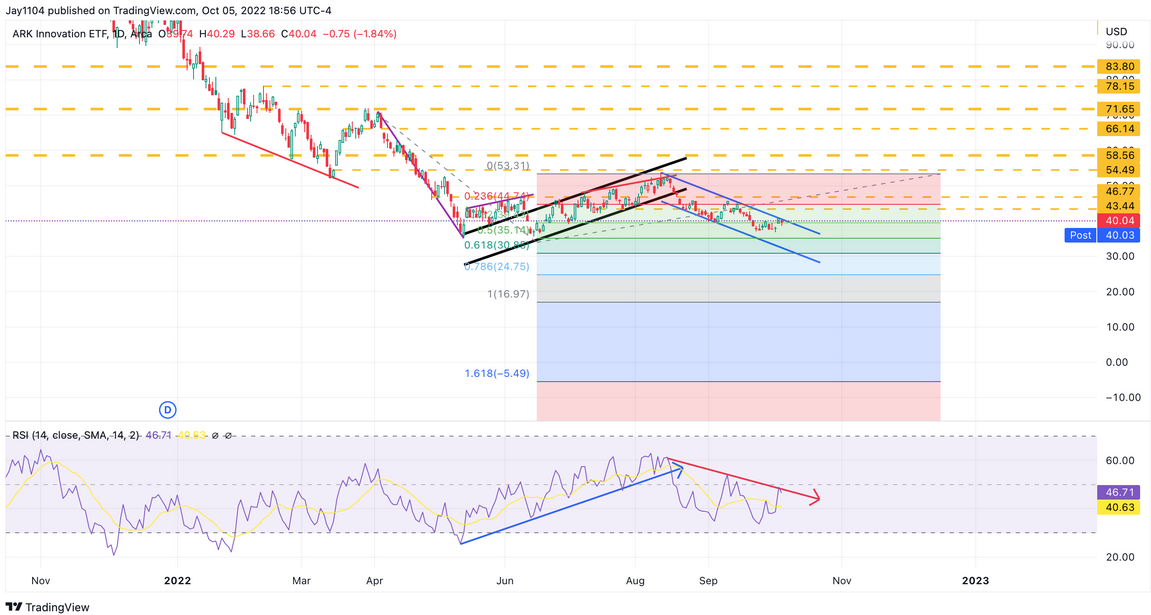 Tesla (NASDAQ: TSLA ) is probably going to be a drag on ARKK down too, with the news that Musk will go through with the Twitter (NYSE: TWTR ) deal. Support for Tesla is still a bit lower at $224. 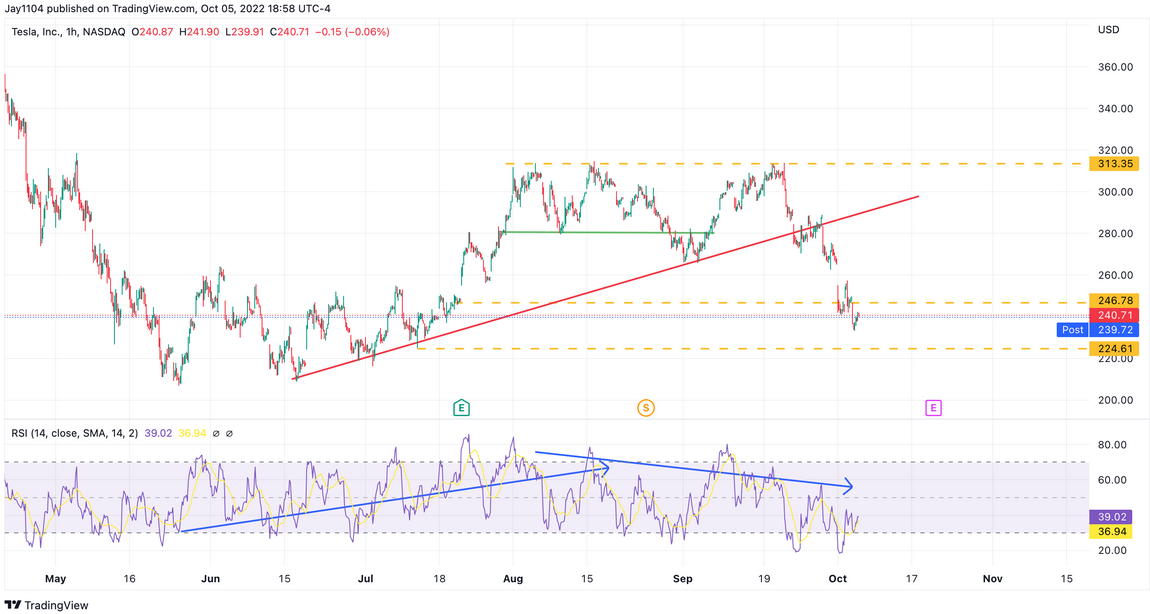 Finally, it looks like a bear flag has formed in the SPDR® S&P Biotech ETF (NYSE: XBI ), which could make sense if rates start to move. This sector has been one of the more sensitive sectors when it comes to rising rates. 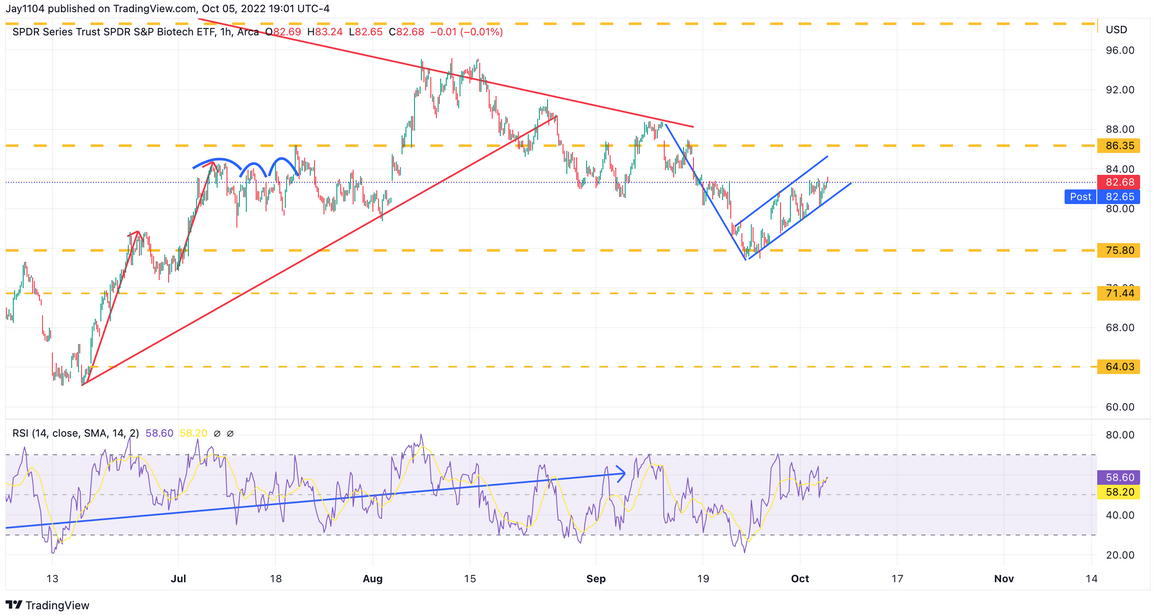