Stocks finished the day higher yesterday, with the S&P 500 rising by about 60 bps. The Fed minutes were not dovish, not if you got the point of them, which was that the terminal rate would be higher than previously thought. The pace of the hike probably doesn’t matter much because if the Fed wants rates to be at 5%, that is likely where they will be in early 2023. A 50 basis points (bp) rate hike would get us 4.5% by December and another 50 bp by January. The question is whether the rate will continue to push higher from there and what that means for Treasury rates.

If the Fed is going to leave rates at 5% for the next year, then over time, I would think the 2-year rate would rise to around that level to reflect that expectation. Whether the Fed leaves rates at 5% for all of 2023 isn’t the question. The question is if the Fed can make the market believe it will.

The need is to keep financial conditions easing, and I suspect they are not ready to let that happen.

The S&P 500 closed at the highs seen on Nov. 15, and I don’t think that is enough to change anything at this point. It still looks like a corrective wave, which looks like a double-zigzag. That is hitting up against a 61.8% retracement of the August highs and a 78.6% extension of the October lows.

Additionally, the VVIX had a big move higher yesterday for the second day in a row, and while two days in a row are not a trend, it is interesting as the VIX index declines.

The VIX to VVIX ratio fell sharply yesterday and below its lower Bollinger band. This year, every time that happened, it coincided with the S&P 500 topping. It is an observation.

Additionally, the VIX spot minus the VIX 3-month generic futures contract fell to -5.1 yesterday. That also has been historically associated with market tops this year as well. 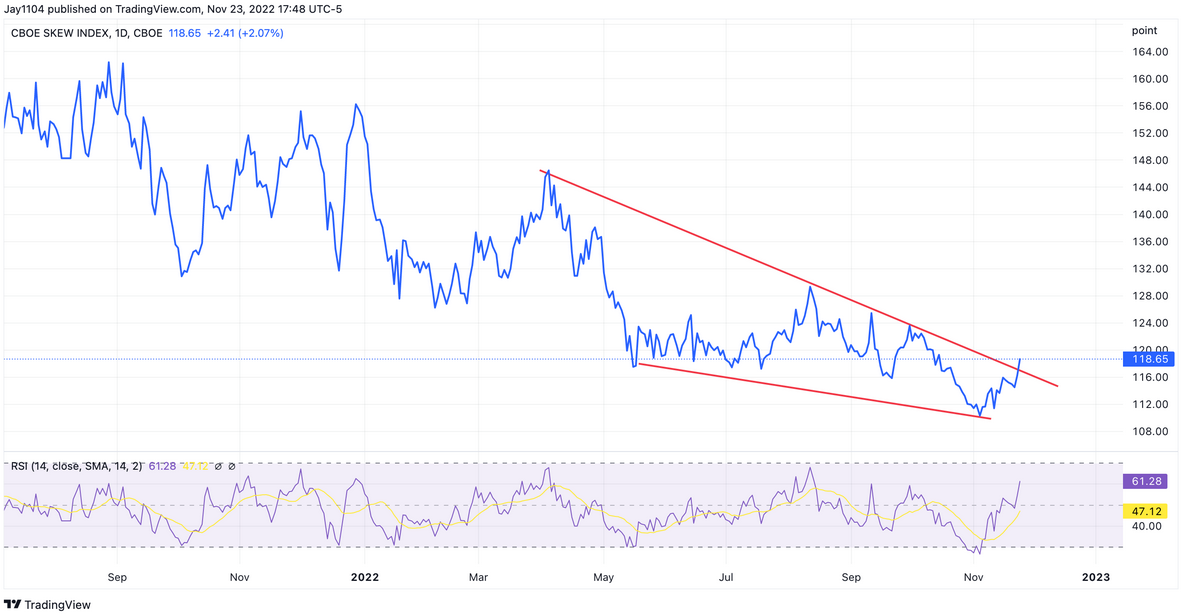 Again, these aren’t the makings of a market getting ready to move significantly higher. These remain markings of a market starting to position itself for higher volatility. Will any of these observations call the exact moment of a top no? But they can tell us what is happening beneath the surface and what traders think about and do. After all, the market likes to think about the second-derivative trade, and the second derivative of selling volatility is buying volatility. Plus, this is a holiday week, and the de facto trade into a holiday is to sell volatility as time value decays.

International Business Machines (NYSE: IBM ) finished the day lower yesterday, one of the stocks that helped push the Dow ’s outperformance and remains worth watching. The stock rose yesterday to the highest level price since February 2020. It is kind of ironic, in a way. As most stocks fall to their February 2020 levels, IBM is still recovering from the Covid sell-off. Caterpillar (NYSE: CAT ) also seems interesting, as its RSI is trending lower and has formed what could be a short-term double top. The stock hit resistance again yesterday at its April highs. Furthermore, it is not so much to figure out where this is going, but what signals it is sending. 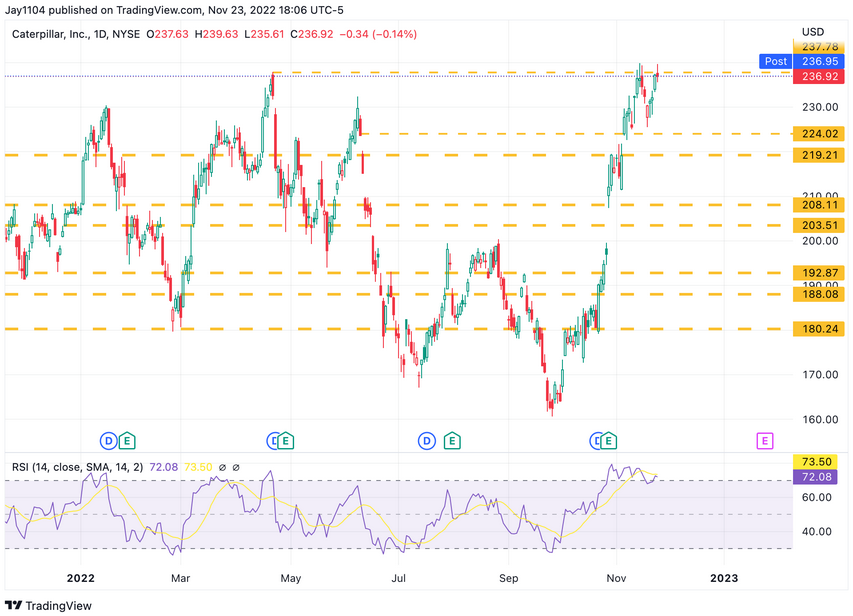 What is interesting is when you do a ratio of the QQQ to DIA . It is evident when looking at this ratio that money is exiting the higher-growth parts of the market and going back into the more traditional parts. The parts of the market were left behind over the past two years. Of course, the question is where it stops and if this is just a return to the longer-term trend line.

Otherwise, this may be some proxy trade on bond yields. Not sure. 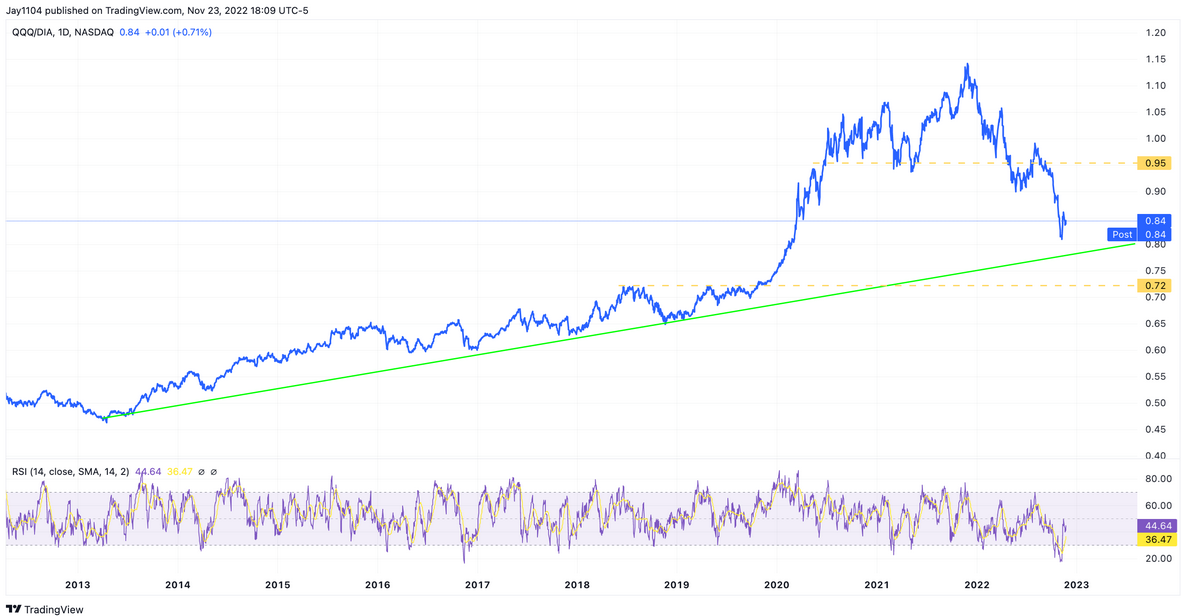