It seems the one constant in the investing world is that no matter what happens, there is always strong demand for U.S. Treasuries. That keeps prices high and yields low. 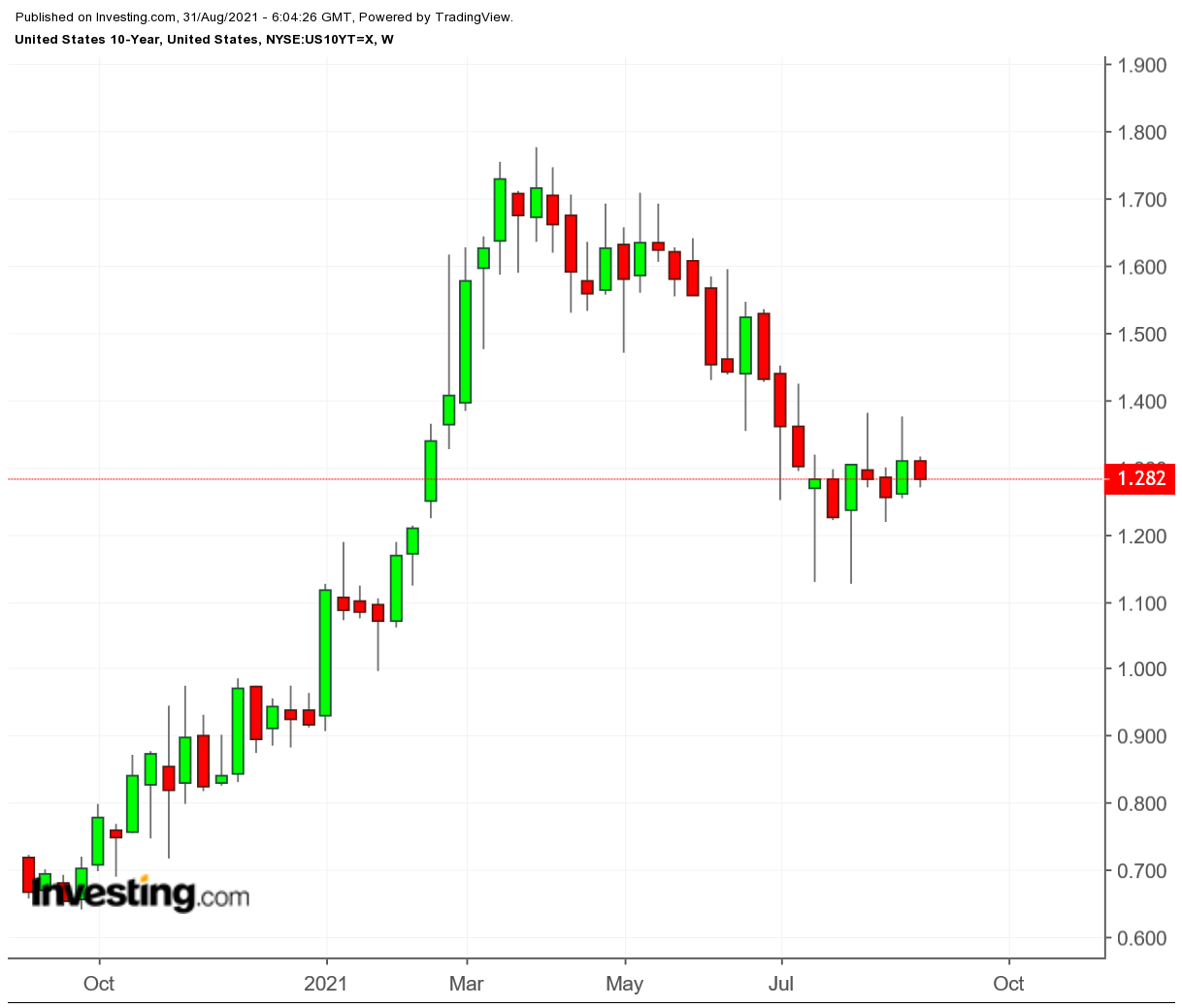 High inflation ? Investors can take comfort in Federal Reserve Chairman Jerome Powell’s repeated assurances that it is transitory—despite mounting evidence to the contrary.

They were also heartened by Powell’s assurances that even when the Fed starts reducing its bond purchases, it will maintain “elevated holdings of longer-term securities,” ensuring continued accommodative monetary policy.

August nonfarm payrolls are due out Friday and investors will watch the release closely for signs of how strong the economic recovery is. But the long Labor Day weekend is likely to keep trading thin. 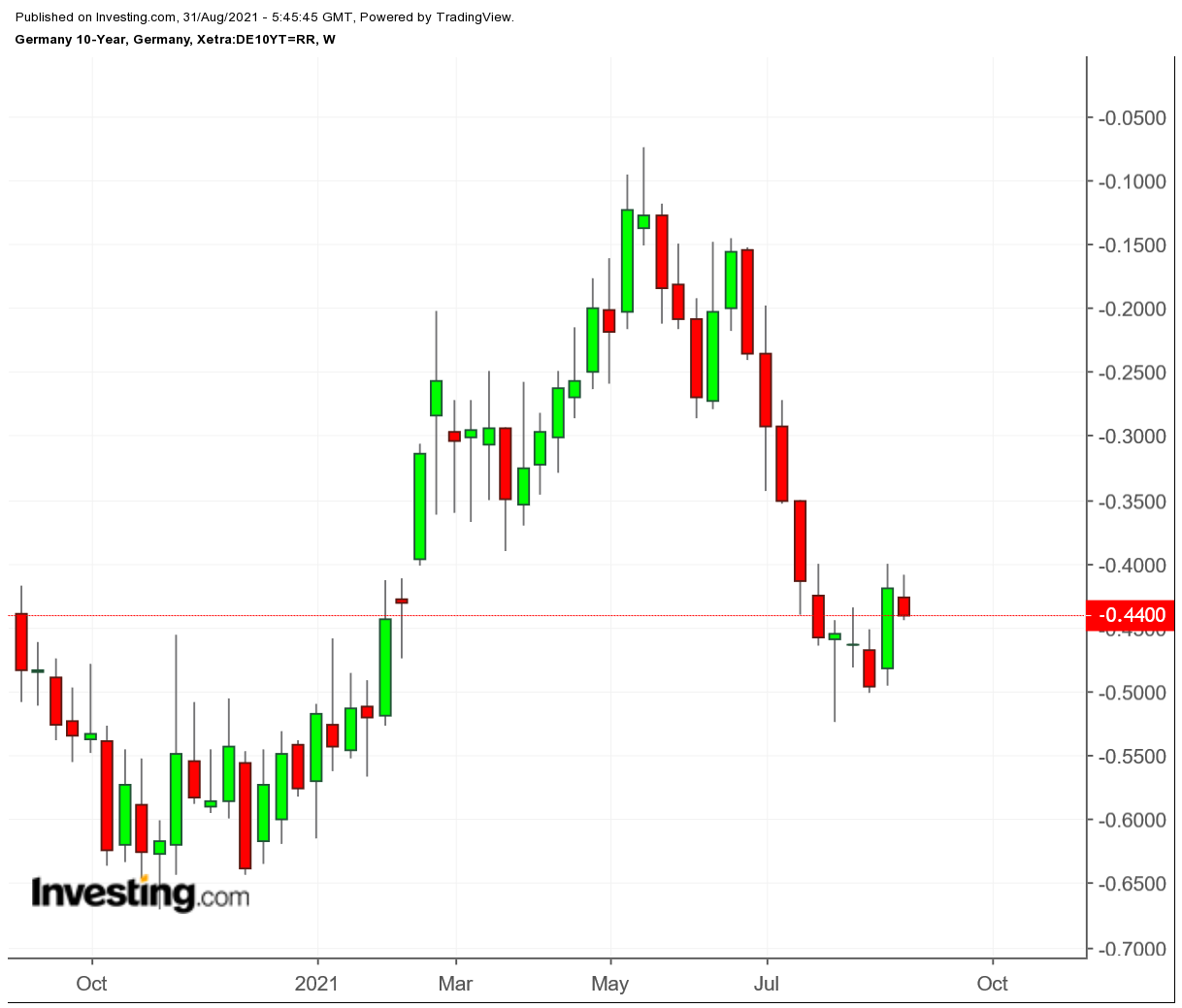 After rising ahead of local inflation data, yields on German government bonds fell when the year-on-year rate matched expectations of 3.4%. Yield on the benchmark 10-year declined about 2 basis points to minus 0.44%.

Base effects—in part because of a temporarily reduced value-added tax in 2020—reinforced investor opinion that the higher inflation reading is indeed temporary. With inflation concerns allayed, investors were content to follow the lead of Treasuries and push down German government bond yields.

As in the U.S., the political situation in Germany seemed to have little effect on bonds. Momentum in favor of the Social Democratic candidate for chancellor, Olaf Scholz, is growing, as a snap poll showed him the winner of the first televised debate of leading candidates and his party continued to pull ahead in the polls ahead of the Sept. 26 election.

There is a real chance that the center-left party could head a new government after 16 years under the center-right Angela Merkel as chancellor. In German terms, the emphasis in both cases is on “center.” 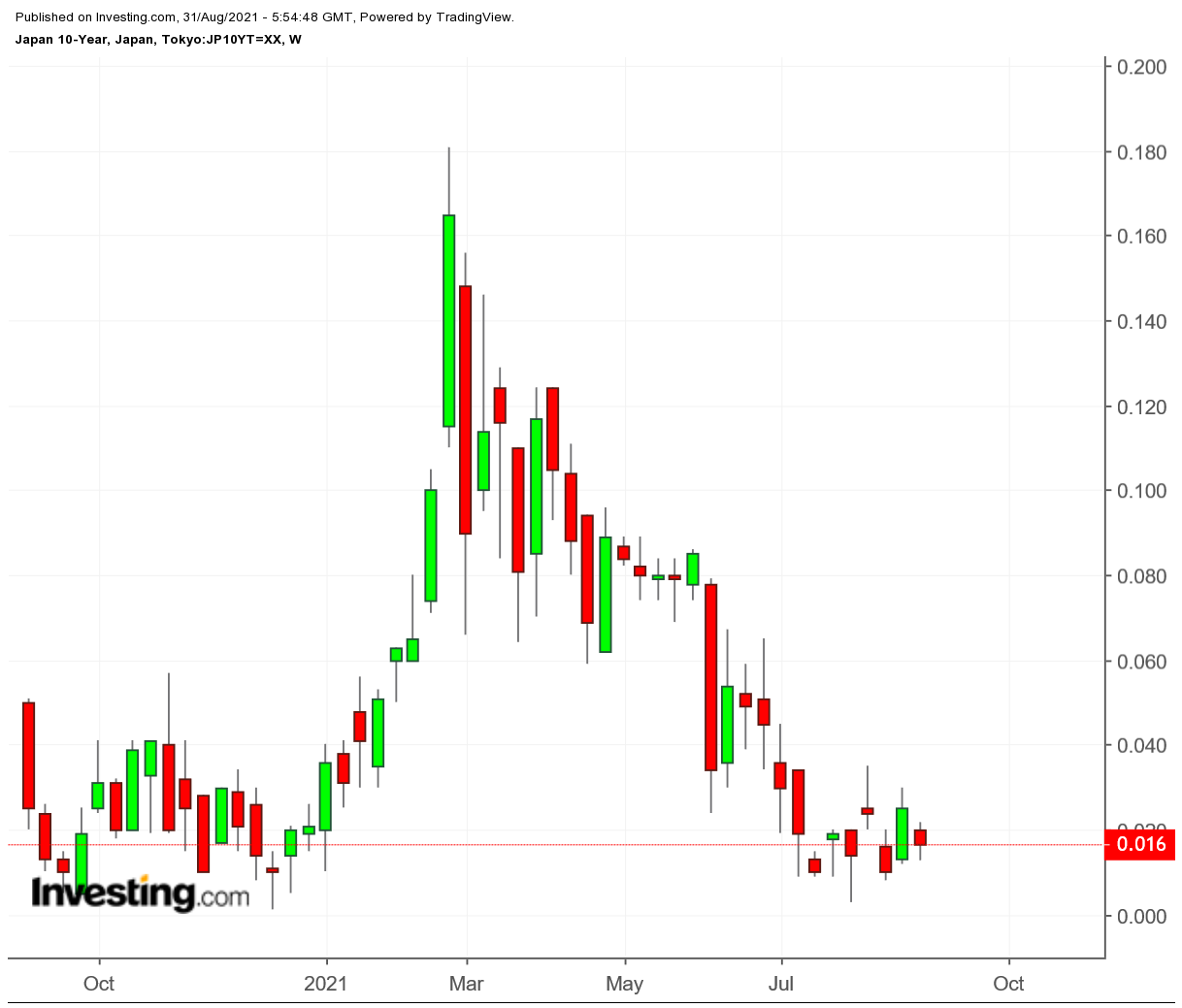 The prospect of a new prime minister also had little effect on Japanese government bond yields, which edged slightly lower, tracking U.S. Treasuries. The 10-year yield was off 0.5 basis points to 0.015%.

Support for Japanese Prime Minister Yoshihide Suga continues to slide, with one poll showing him at a record low of 26%. He faces a leadership vote in the Liberal Democratic Party at the end of September, to be followed in October with a general election, which is virtually certain to make whoever is LDP head the prime minister.