There remains a massive divide in salaries across gender lines, with women still making cents on the dollar compared to their male counterparts. While this may not be surprising to the half of the population for whom this is the reality, what many don’t realize is that this discriminatory trend even exists in an industry as visible as the film and television industry.

Even the biggest A-list actresses who are responsible for bringing crowds into the latest blockbuster films don’t make nearly as much as their male costars. Sometimes that discrepancy is one or two percent, and other times it’s a difference in millions of dollars. Read on to see examples of famous actresses who were paid less for the same amount of–or even more– work.

Hollywood power couple Angelina Jolie and Brad Pitt met on the set of the action romantic-comedy Mr. And Mrs. Smith, playing hitmen hired to kill one another, but falling in love in the process. 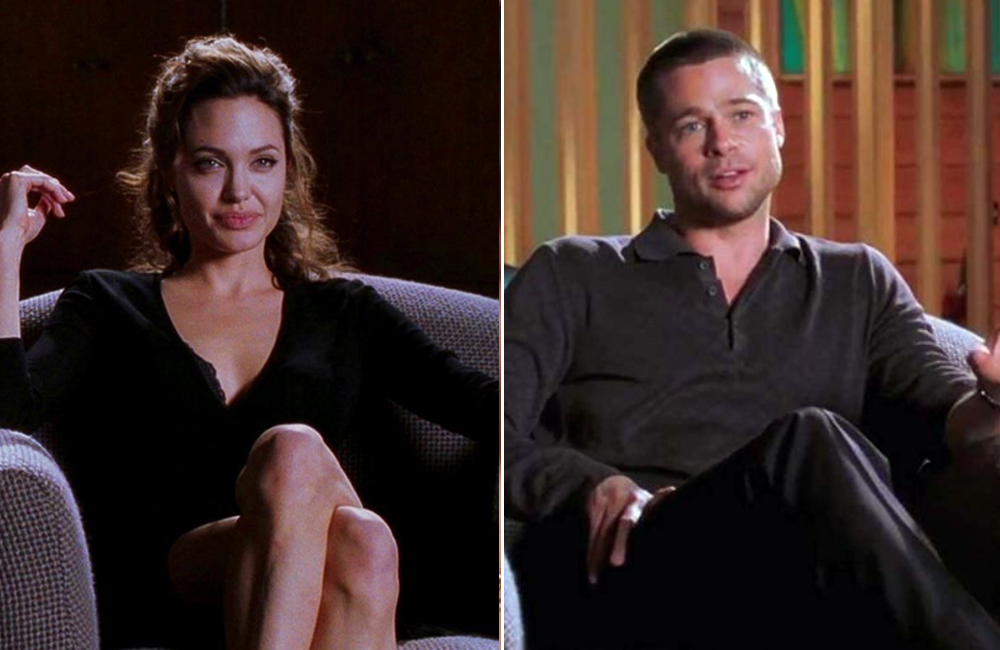 The movie was a box office success, earning $487.3 million dollars worldwide. Despite equal screentime as true co-stars, Jolie only made half as much as Pitt did for the film. At the time, in 2005, she was just as famous as him, so there’s not even a possible rationale for the wage disparity.

His Paycheck: Unknown
Her Paycheck: 3x less than Kutcher’s*

The same year as a film with the same premise, Friends With Benefits, No Strings Attached is a rom-com about a couple who try to hook up without commitments but end up falling for each other along the way. It stars Natalie Portman and Ashton Kutcher, both of whom had been acting in big projects since youth. 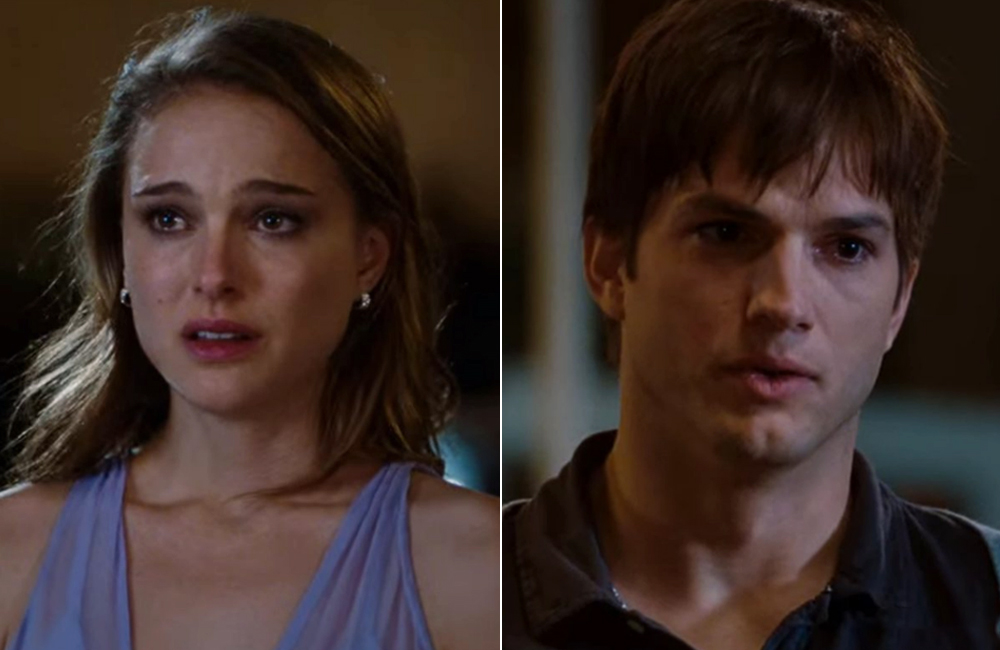 In an interview with Marie Claire UK, Portman admitted that she was paid three times less for her role opposite Kutcher. Portman said in the interview, “I wasn’t as p***ed as I should have been. I mean, we get paid a lot, so it’s hard to complain, but the disparity is crazy.”

Shameless is a popular Showtime show that ran for 11 seasons, from 2011 to 2021. The series follows an inept single father of six on the South Side of Chicago, and the eldest daughter who acts as a mother figure to her younger siblings. 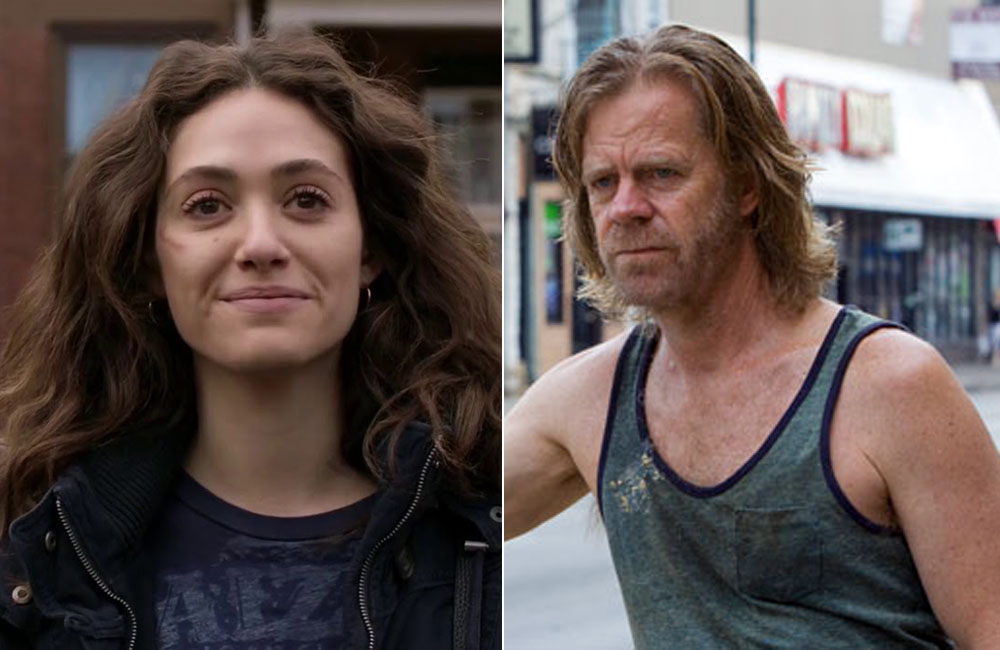 Though William H. Macy, who plays the father, has won an Oscar, he has the same amount of screen time as costar Emmy Rossum, who plays the eldest daughter. When she discovered he was getting paid significantly more, she halted the production of season eight until she was paid more per episode than him, to make up for the fact that for years she was making more than she was for the same work.

The Martian is a science fiction movie with a comedic slant, following astronauts as they attempt to create a colony on Mars. Much of the movie follows Matt Damon as he struggles to survive alone on the red planet. 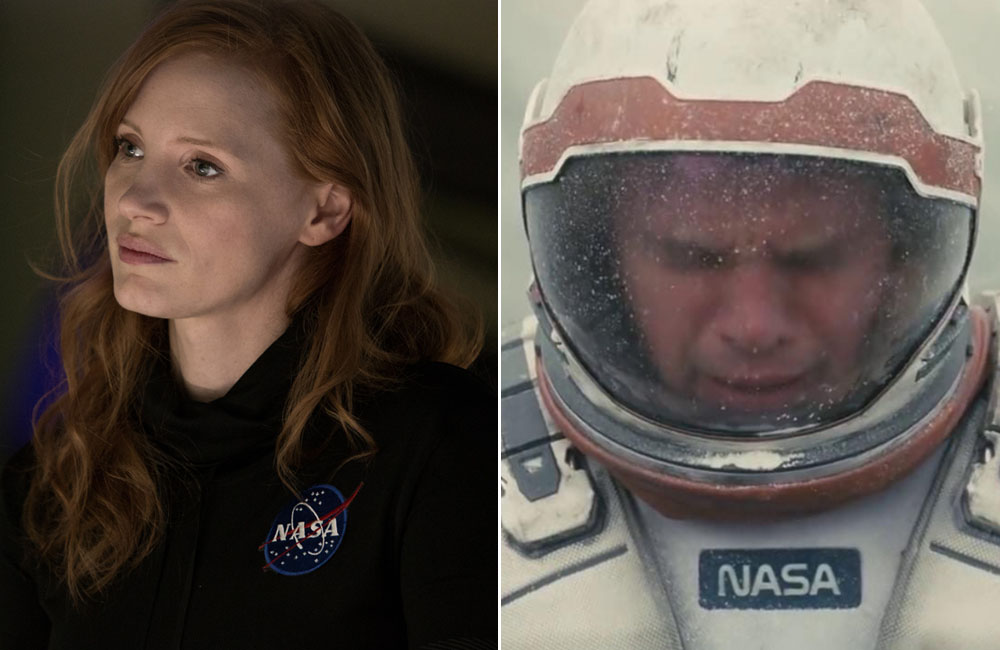 While Damon was undoubtedly the top billing cast member, Jessica Chastain had the second most screen time, and her performance was certainly not worth over $20 million dollars less than Damon’s.

His Paycheck: $40 million*
Her Paycheck: $11 million initially, $13 million after negotiation*

When Amy Schumer found out how much money veteran male comedians Chris Rock and Dave Chapelle were getting for their Netflix comedy specials, she couldn’t believe the difference. Even controlling for experience and popularity, they were making significantly more than she was. 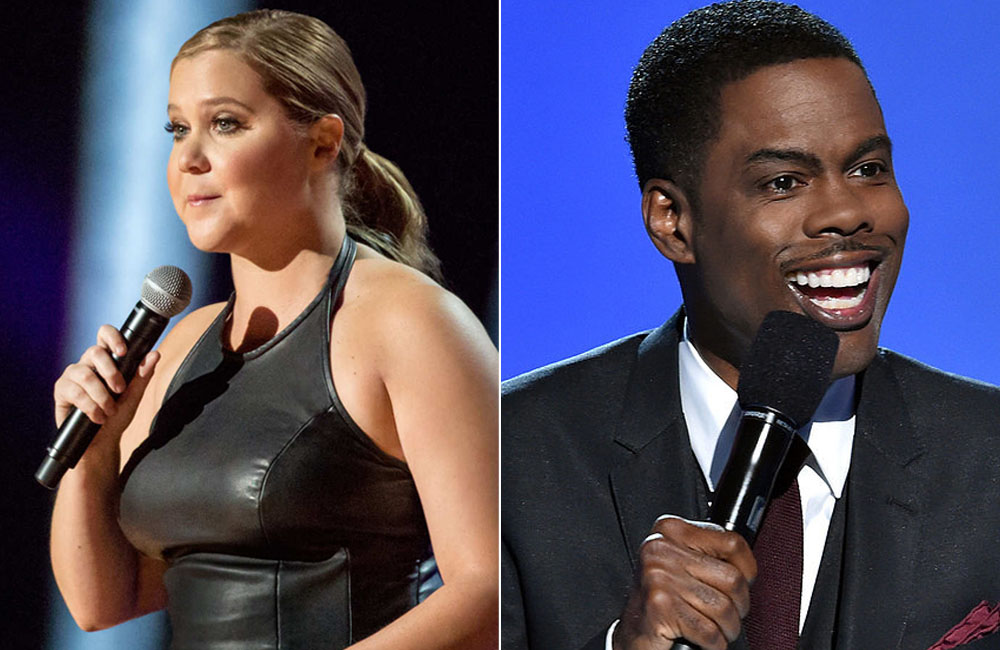 While Schumer was the first to admit that Rock and Chapelle deserved to be paid more, as they each have a bigger following and more years in the industry, she was still seeking to level the playing field a bit by securing a much-deserved raise.

The 2015 installment in the highly lucrative Star Wars franchise was a massive box office success, bringing in over $2 billion dollars against a budget of nearly $300 million. In the film, Harrison Ford reprises his role of Han Solo, while Daisy Ridley stars as Rey. 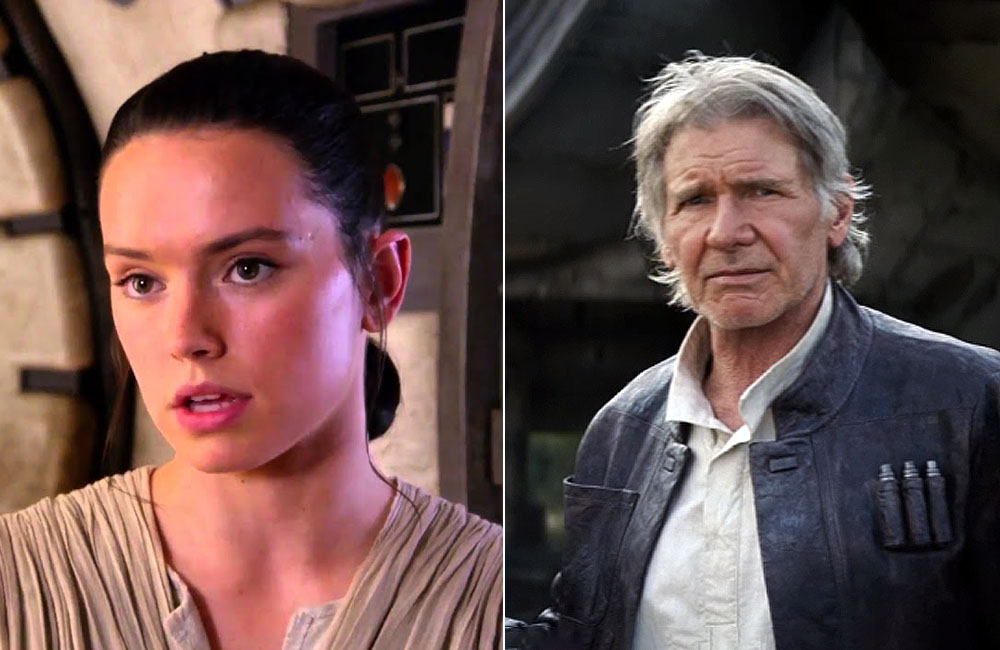 While Ridley was a relative newcomer, and Ford an integral part of the Star Wars brand, it doesn’t account for the fact that their wages were drastically different. When accounting for time on screen, there’s simply no excuse as to why Ridley was paid in the six figures, and Ford in the seven figures.

Up until 2015, Ellen Pompeo was being paid significantly less than her Grey’s Anatomy costar Patrick Dempsey, despite the fact that she acts as Meredith Grey, the protagonist of the acclaimed medical drama. 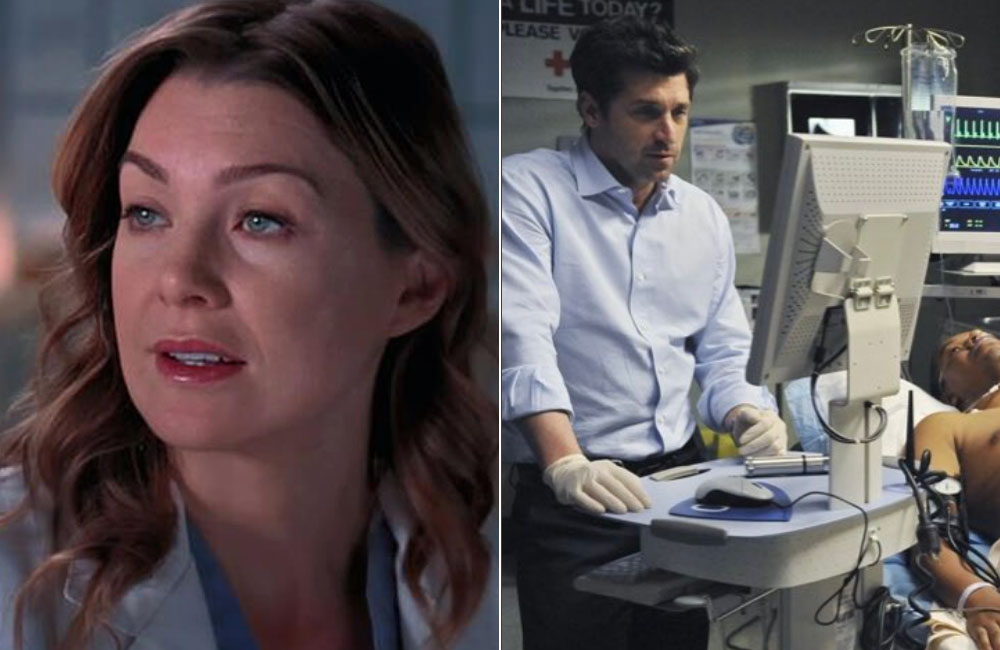 In 2015, Dempsey left the show, and Pompeo was finally able to renegotiate to make more than Dempsey had. Today, she makes $575,000 per episode, which amounts to nearly $20 million per season. She also earns money from the show’s syndication.

Pretty Woman is an edgy romantic comedy following Julia Roberts as an escort hired by Richard Gere, a wealthy businessman, and their unlikely courtship. The true irony of the wage discrepancy is that they played people in different socioeconomic classes, and were paid as such. 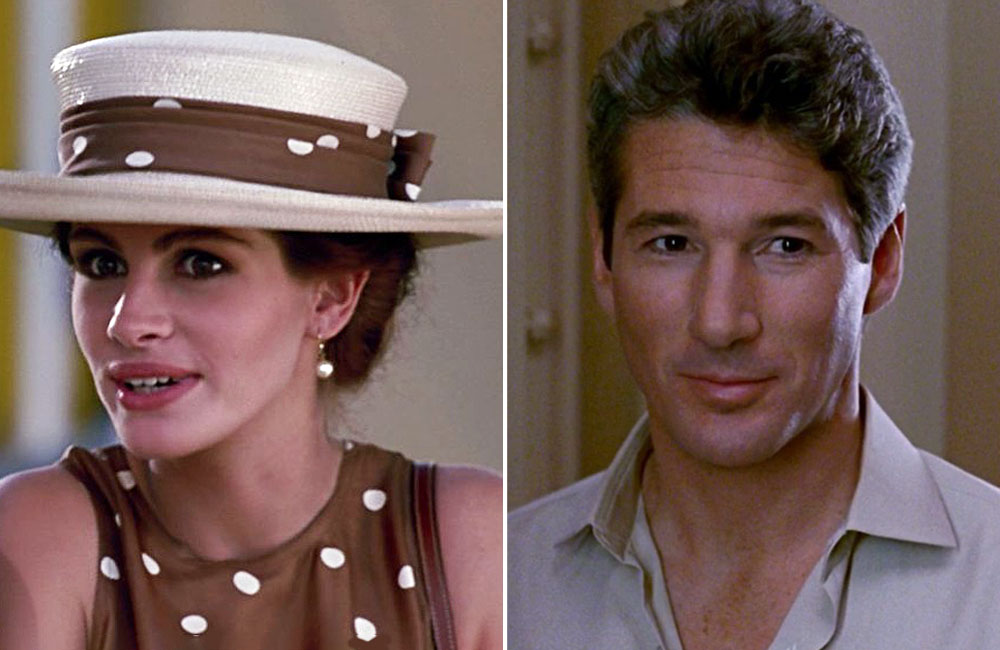 Roberts’ performance was undoubtedly the stronger, more memorable part of the film, and made the movie an instant classic. There’s no reason why she should have received millions less than her male costar, and hopefully, her speaking out on the fact shines a light on this pervasive issue.

Part of the Marvel Cinematic Universe, Guardians of the Galaxy Vol. 1 was a huge box office hit, spurring two lucrative sequels. It also launched Chris Pratt’s film acting career, as he previously was best known for his role on the sitcom Parks and Recreation. 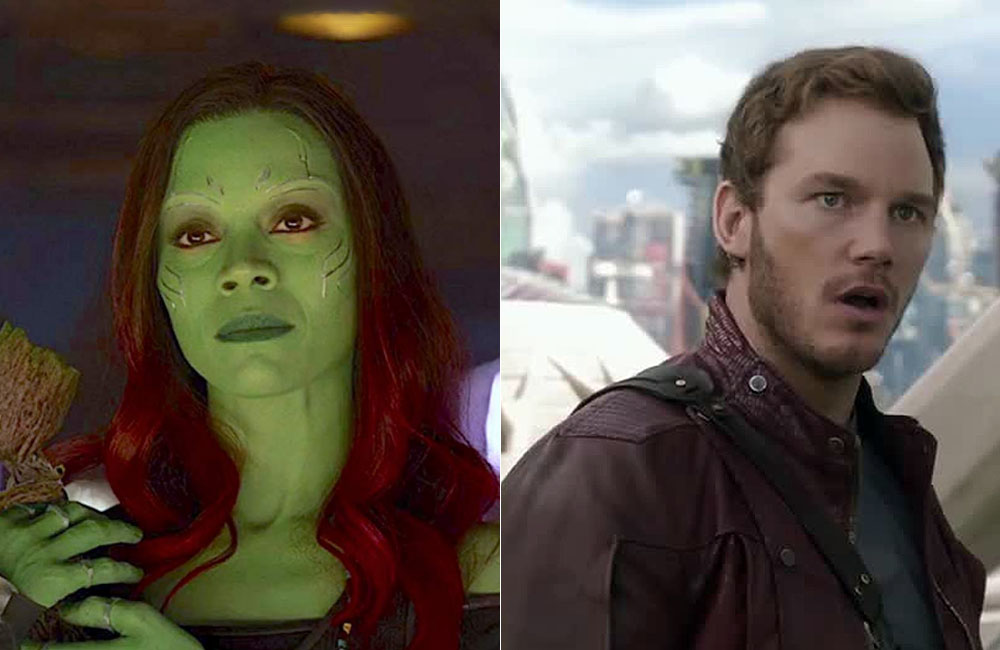 Though Zoe Saldana was already an established movie star at the time, she was paid less than a third of what Pratt made for the film. She has since reprised her role in Guardians of the Galaxy Vol. 2, hopefully for a more equitable paycheck.

In the atypical romantic comedy Something’s Gotta Give, Diane Keaton stars as a woman who ends up falling for an older man (played by Jack Nicholson) who dates her daughter. The movie was a big hit, with the veteran actors giving fantastic performances. 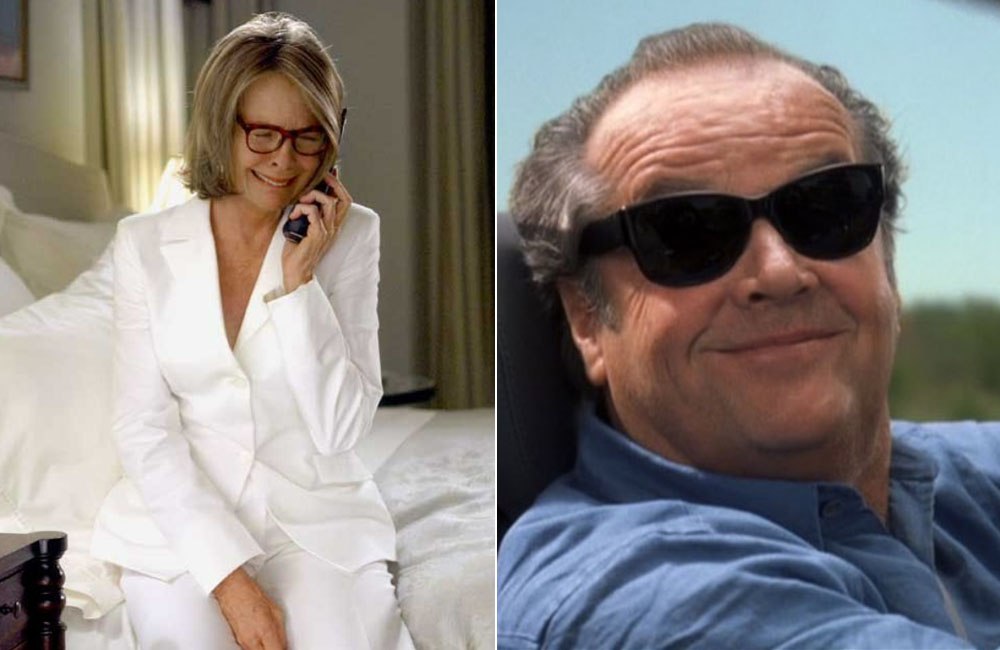 While Keaton and Nicholson’s salaries were comparable, Nicholson negotiated a backend deal, meaning that he took home some of the profits from the box office. Keaton did not get such a deal, but Nicholson was gracious enough to split his backend earnings with her.

House of Cards is a political thriller/drama that aired on Netflix for six seasons. It stars Kevin Spacey as ruthless politician Frank Underwood, and Robin Wright as his equally conniving wife, Claire, as they claw their way into more and more power. 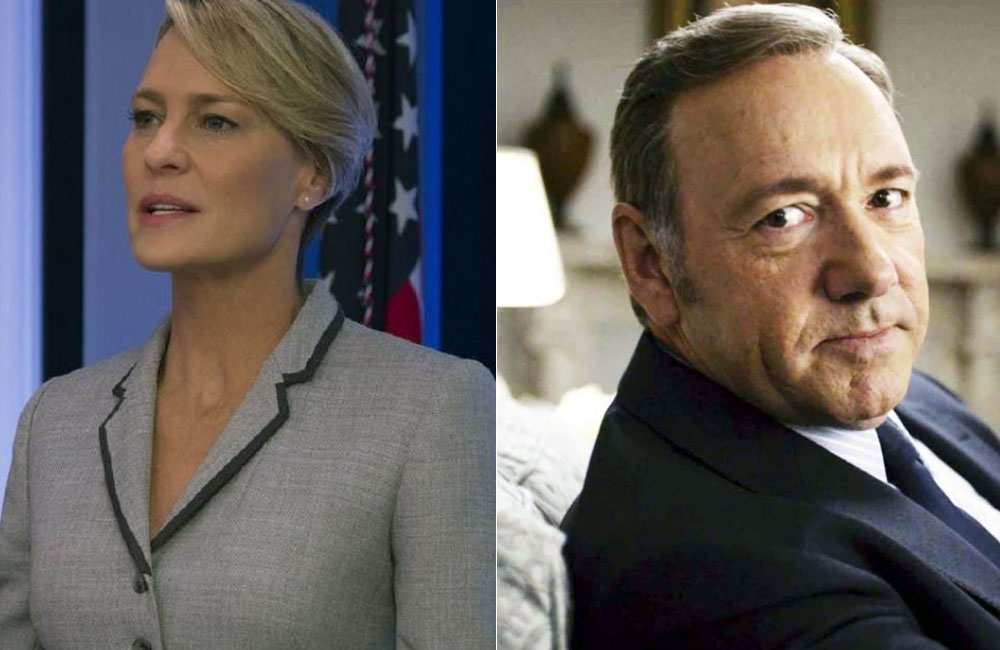 Though they had pretty equal screen time, with Wright’s character seeing plenty of her own storylines, she received $80,000 dollars less per episode than her costar. After a disgraced Spacey left the show, giving Wright the main lead, she likely received a raise, though she hasn’t come forward to say as much.

21 Bridges is an intense action thriller, named as such because a major plot point in the film involves closing all the 21 bridges in New York City to stop a criminal from escaping. It stars the late, great Chadwick Boseman, known for his work in Black Panther among others, and Sienna Miller, a longtime Hollywood mainstay. 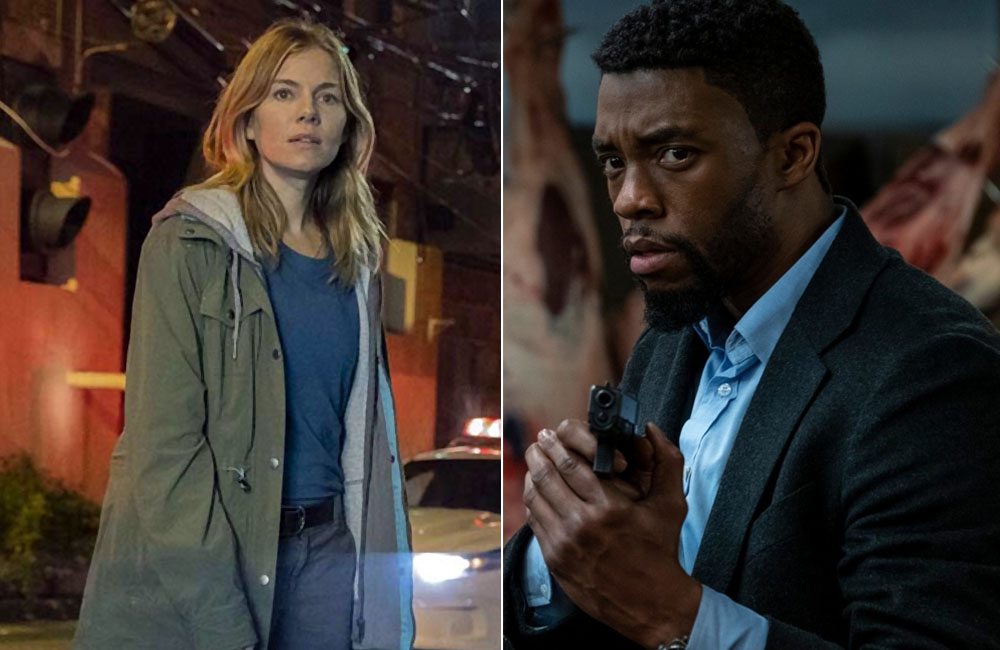 While the stars never revealed their paychecks, Miller received significantly less than Boseman for her role, despite asking producers for more money because she wanted to take a break from acting after the project in order to spend more time with her family. Boseman did the generous thing of giving her a portion of his salary to achieve the number she wanted.

Despite being an A-list actress with a filmography long enough to merit her own Wikipedia page, Charlize Theron made $10 million dollars less for her work on the film The Hunstman than her relative-newcomer costar Chris Hemsworth. 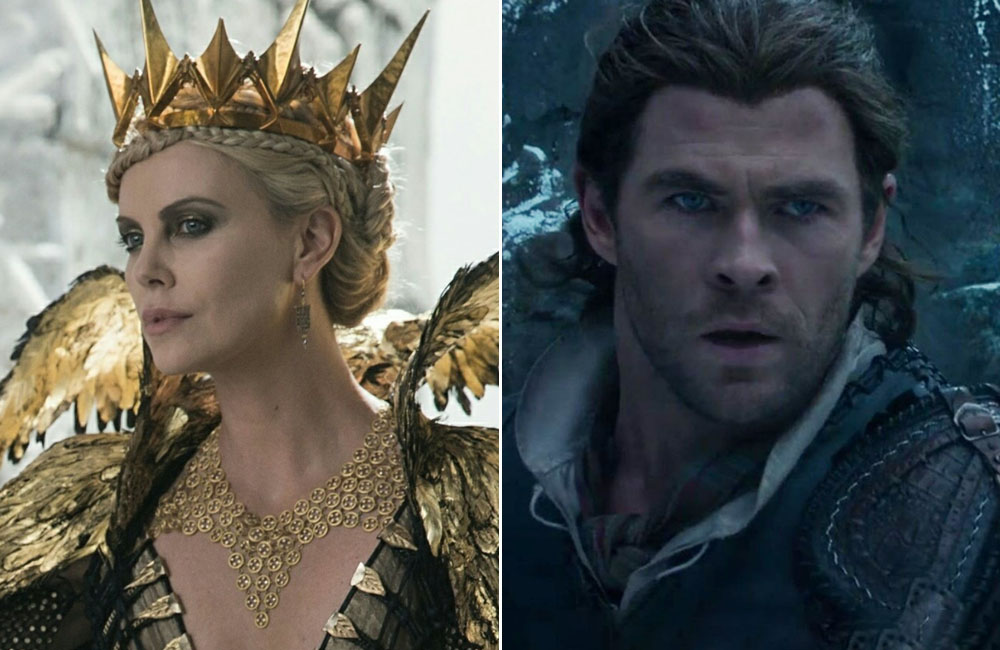 Theron rightfully brought the issue to the media, drawing attention to the obvious inequality she faced. For the sequel, producers agreed to match Hemsworth’s salary, proving that speaking up is always the right thing to do.

In the late 1970s and early 1980s, paycheck parity was far worse than it is today. Few examples are more glaring than that of what went on with the cast of the popular sitcom Three’s Company, starring Suzanne Somers, Joyce DeWitt, and John Ritter. 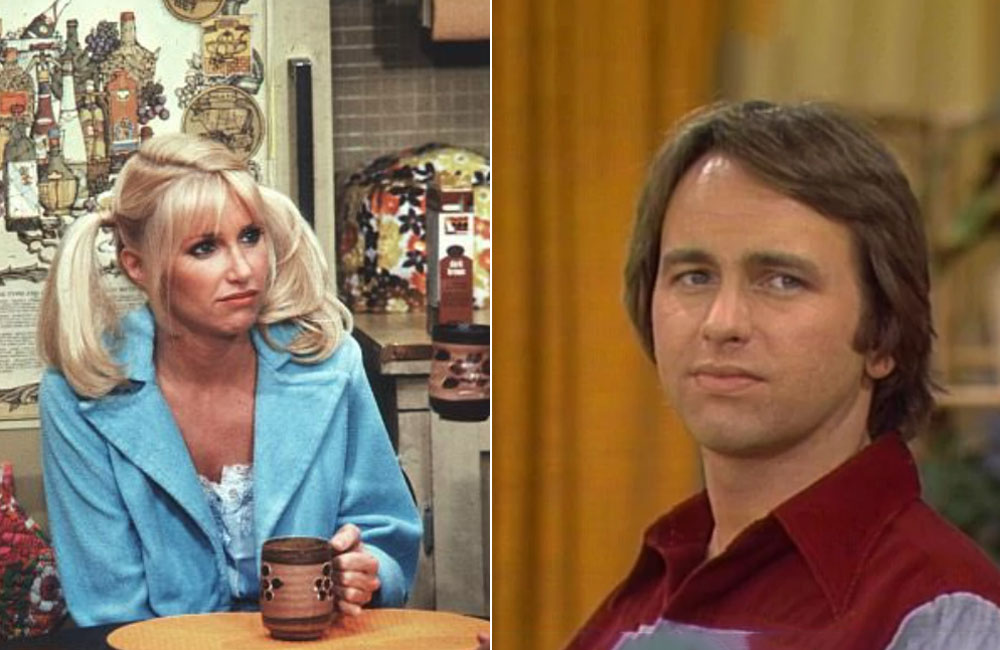 Somers was fed up with making a tiny fraction of what costar John Ritter made per episode, despite doing the same, or even more, work. When she went to the network to ask for a raise, they fired her and replaced her with Jenilee Harrison, despite having performed the role for four seasons.