The 1970s were a colorful time in American history, both figuratively and literally. If you grew up in this era, then you remember that the ‘70s were famous for the rise of disco and bell bottoms. You also know that this era was full of cultural change, technological innovation, and, as with any time in history, unique struggles.

Though 1970s fashion has been thoroughly discussed, the unique home features of houses in the ‘70s deserve a mention, too. The features on this list are nostalgia-inducing, but they’re not all a thing of the past. You can still find these designs, appliances, and other treats  at stores like Home Depot, Sherwin Williams, Lowe’s, and more – although they may have had updates! Read on to get a blast from the past.

In the 1970s, brands like Pioneer, Sony, Panasonic, GE, Akai, and more sold 8-track tape players for around $30 apiece. This magnetic tape recording tech was popular from the mid-‘60s to the early ‘80s. It was rendered outdated by the CD, which would, in turn, become a thing of the past because of iPods and, later, smartphones. 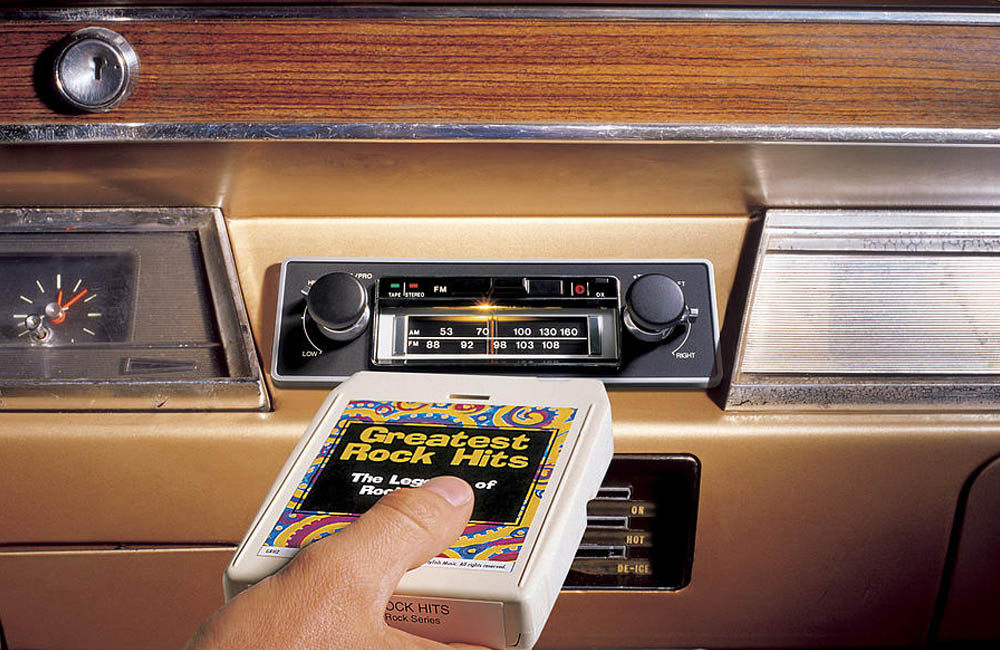 A big reason that 8-track players were so successful was because of the auto industry. In 1965, Ford introduced 8-tracks that could be installed right in your car by the factory or dealer. Home players were introduced a year later and, for decades, people loved the convenience and portability that these sound systems offered.

In 1975, America was caught in the thrall of the pet rock. While the idea of owning a rock as a pet might seem silly, over one million pet rocks were sold for $4 each. This made their creator, ad exec Gary Dahl, a millionaire. These smooth stones came from Baja California, and they were marketed like real pets. 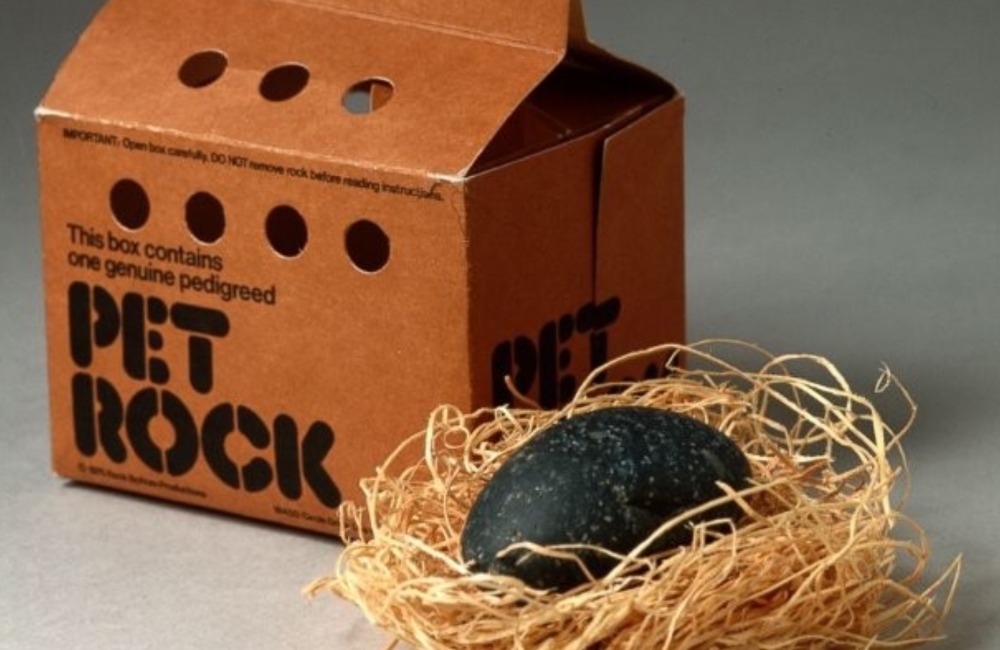 They even came with a cardboard box and care instructions. The fad lasted for six months, wrapping up in the Christmas season of ’75. The Pet Rock made Dahl rich and famous, so much so that he said in a 1988 interview that he almost wished he never created the hit fad toy.

When you ask someone what décor trend they think of when they reminisce about the 1970s, they’re probably going to list “wood paneling” as one of their top five. Now, wood paneling brings down a home’s value, and there are quite a few how-to articles about covering up this décor mistake. 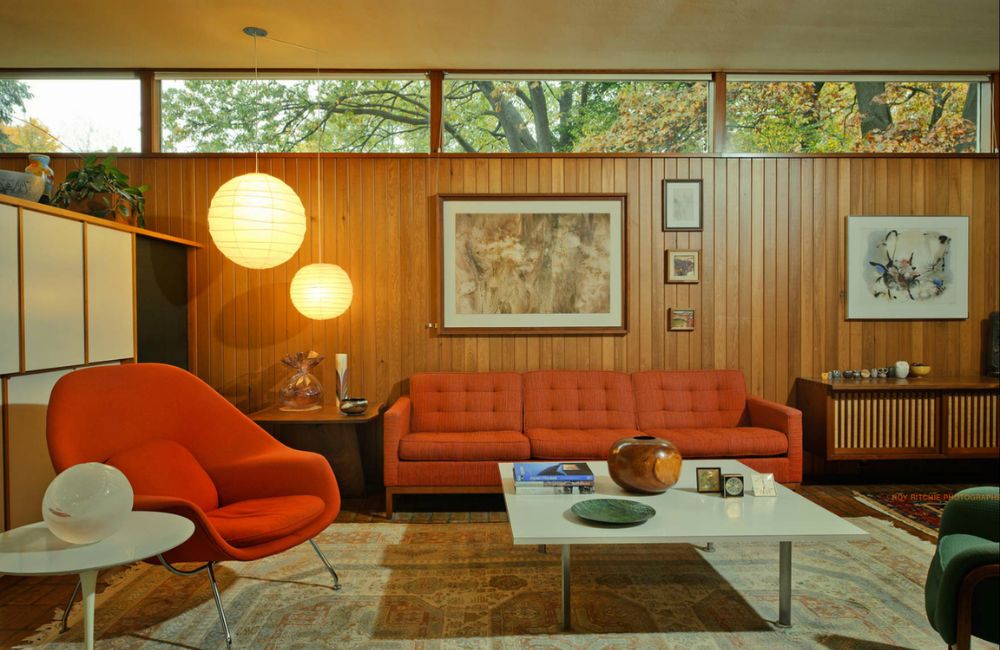 Paneling from this era was usually made from pressed fiberboard or plywood that was designed to look expensive. And don’t forget, this wood often was covered with a glossy coating to make it look as shiny as possible. That’s why, when you’re trying to paint over wood paneling, you have to do a lot of sanding first. Otherwise, your primer and paint won’t stand a chance at sticking.

According to Southern Living, it’s high time we brought back this polarizing food trend. Fondue: either you love it or hate it. This was a dinnertime staple of the seventies, and fondue pots hit their popularity peak during the decade. 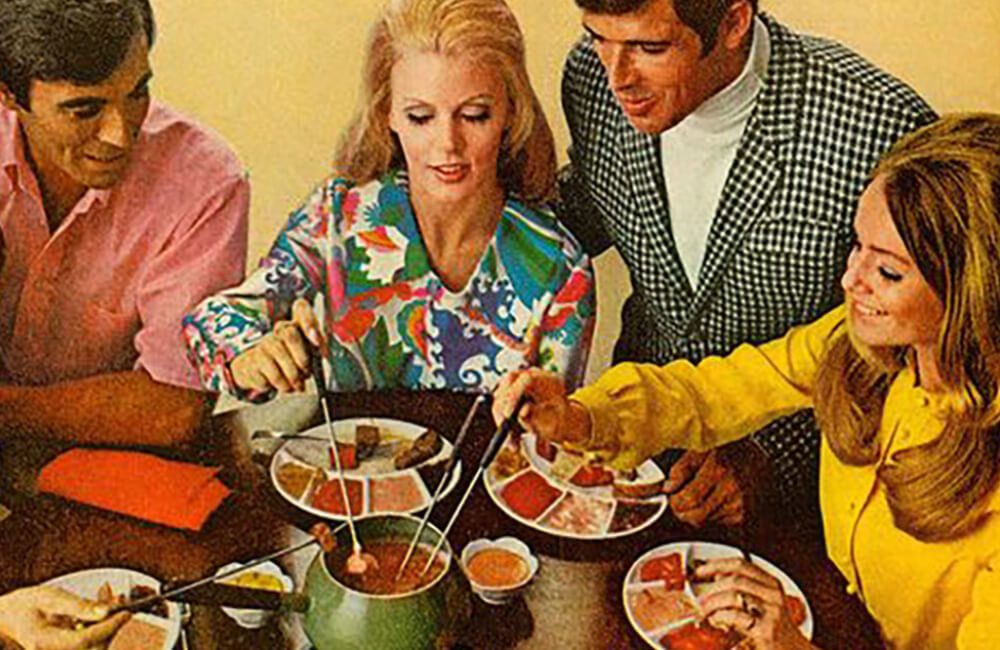 People would fill these electric pots with melted cheese, sweet chocolate, and hot oil in which to cook mystery meat chunks. Cheese and chocolate are to this day popular fondue options. One reason that cheese fondue became a huge fad was because, according to Groovy History, fondue-pot-makers advertised cheese as a super-healthy food, straight from the ski-lodge-happy Swiss Alps.

How do you cook hotdogs? On the grill? In boiling water? In the oven? If you grew up in the seventies, your parents skipped all that and just electrocuted the hot dog. The Presto Hot Dogger was invented in the early 1970s, and it immediately took off. The Presto is one of a lot of head-scratch-inducing products from that era that became wildly popular. 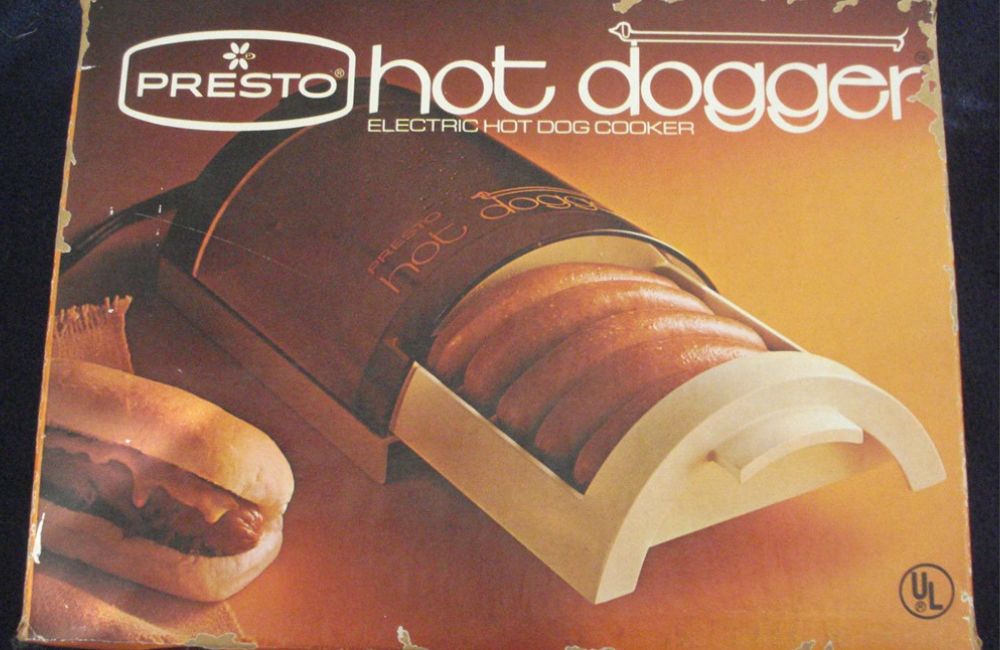 The Presto was sold at department stores, mostly. It used an electric current to cook between one and six hot dogs in just sixty seconds. According to people on Reddit who ate these electrocuted, shock-wave weenies, they didn’t taste too different from hot dogs cooked by any other methods.

Now, a TV dinner is pretty much maligned by the majority of nutritionists who either scorn this frozen food for having too much sodium or point out that you’re not supposed to eat in front of the TV. But, in the ‘50s, ‘60s, ‘70s, and ‘80s, there were no such naysayers. People ate their Swansons with reckless abandon. 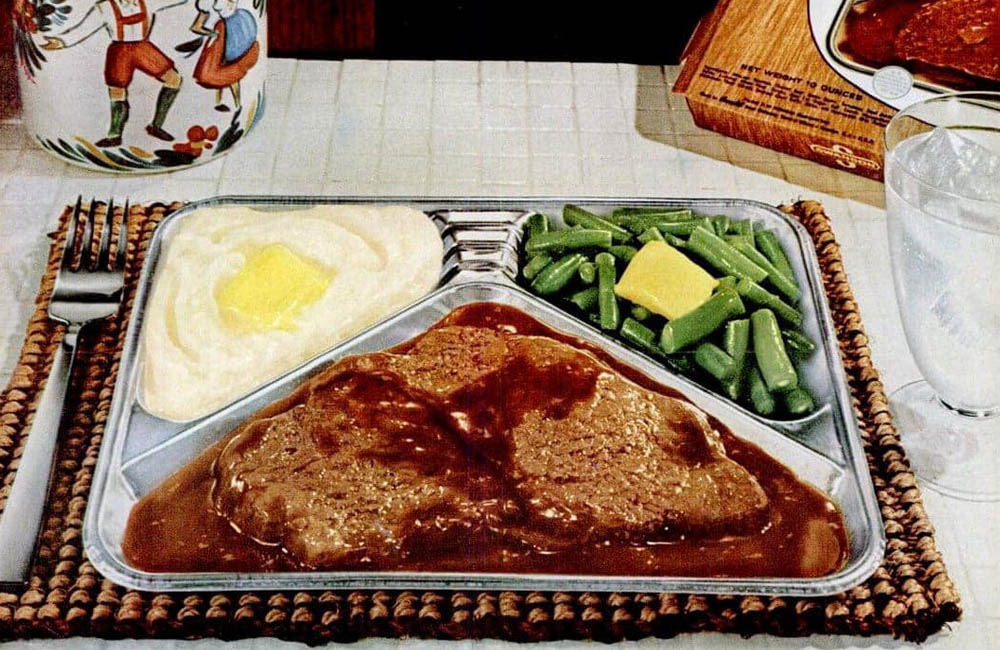 The Swanson TV Dinner hit grocery stores in the fall of 1953. These frozen dinners were an instant hit, selling millions of units. In the ‘60s and ‘70s, their popularity only increased. When Campbell’s came out with a microwavable tray, that cut this meal prep to mere minutes in the 1980s. Still, to this day, people make frozen dinners all the time.

Actress Farrah Fawcett was the it girl during the 1970s. She began her career in 1969, and she amassed six Golden Globe Awards, four Emmy Awards, and a ton of international fame. Fawcett catapulted to stardom when she was on the first season of Charlie’s Angels, a TV series. 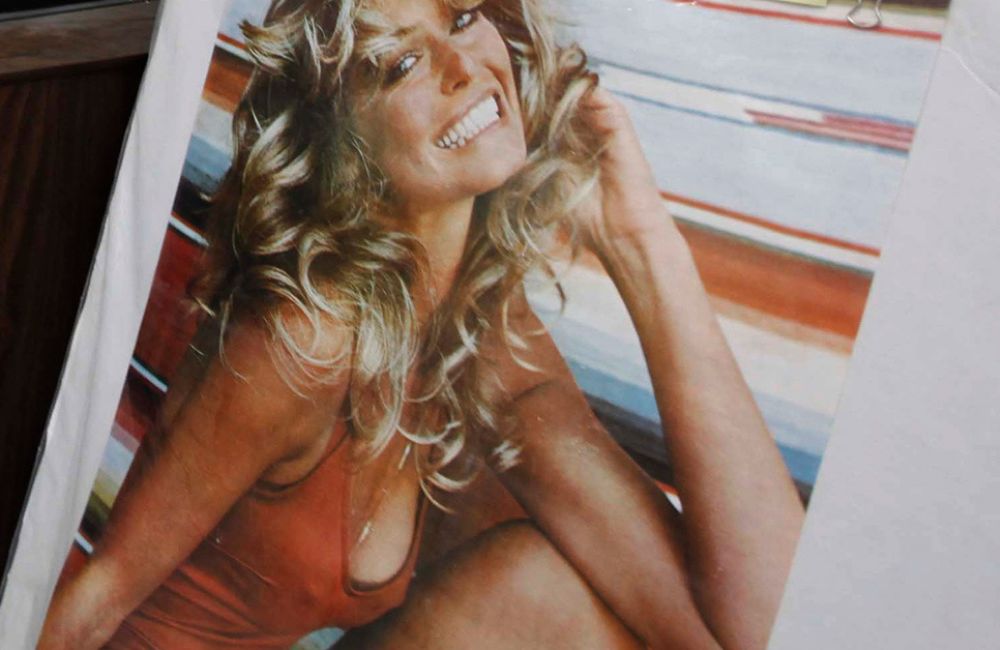 The actress also starred in hit movies like Logan’s Run, The Cannonball Run, The Burning Bed, and many more. The poster of Farrah Fawcett in a red swimsuit is one of the best-selling posters of all time, selling twelve million copies. The actress received quite a chunk of change from those posters, nabbing 40% of the profits from the iconic image.

Some designers want to bring this trend back, while others fight tooth-and-nail to prevent just that from happening. Sunken living rooms are certainly not as popular now, though there has been a slight resurgence in the trend. Called conversation pits, these recessed common areas started making a splash in the 1960s. 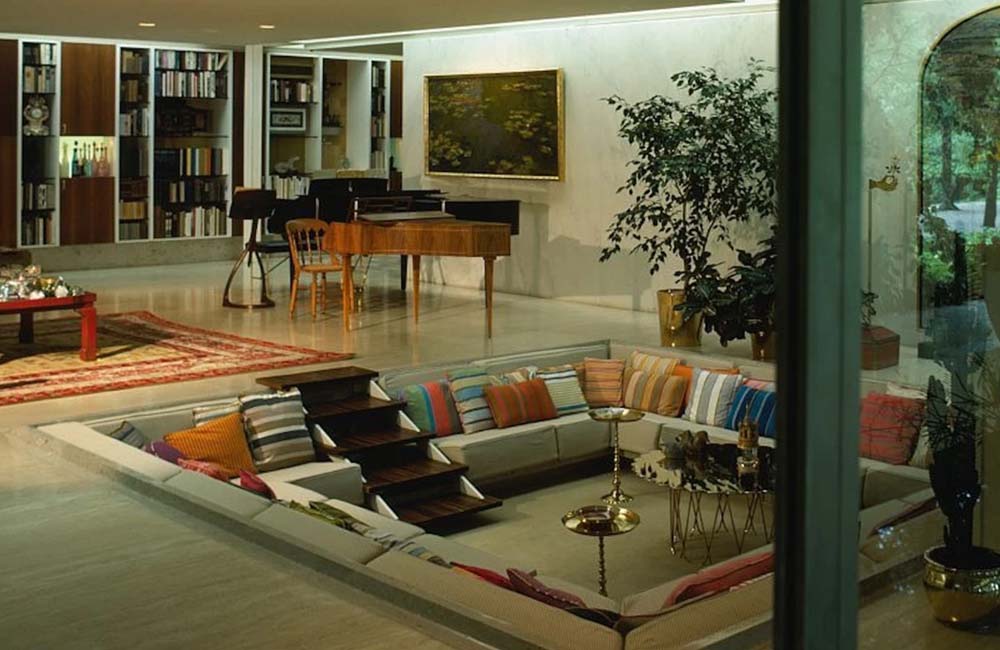 They spread like wildfire, and, for two decades, they were the best way to kick back with your family and entertain guests. You’d have to head down two or three steps to get to your home’s sitting area, but those steps served as a way to define the space in which you talked and laughed with family and friends.

The Ball Chair debuted in 1963, and it was considered a revolutionary example of taking Space Age design and incorporating it into your home. It debuted in 1966 at the Cologne Furniture Fair, and it made its mark as a famous, classic piece of Finnish design. The Ball Chair was even in a few movies and music videos. 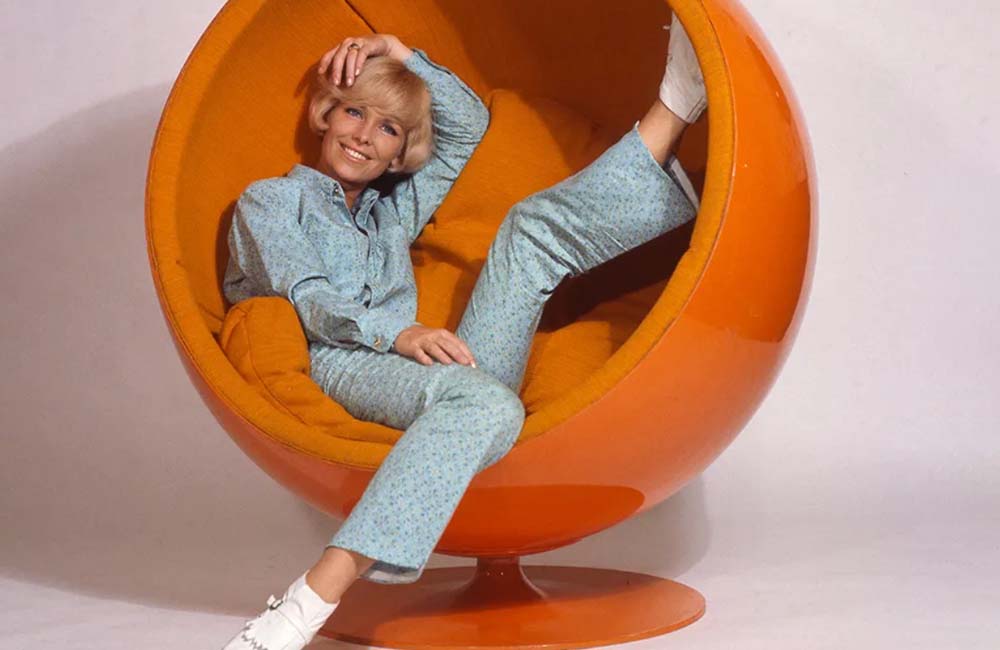 For those who couldn’t afford the steep price of the Ball Chair, there were plenty of copycats. Egg-shaped and ball-shaped chairs were spotted in lots of homes in the 1970s, and you could find them at pretty much any major furniture store as a staple.

In 1977, the gaming world changed when Atari came out with its Atari Video Computer System. This home video game console was responsible for popularizing video games, and every single kid in America begged their parents for an Atari for Christmas that year. When the Atari came out, it was priced at $190. 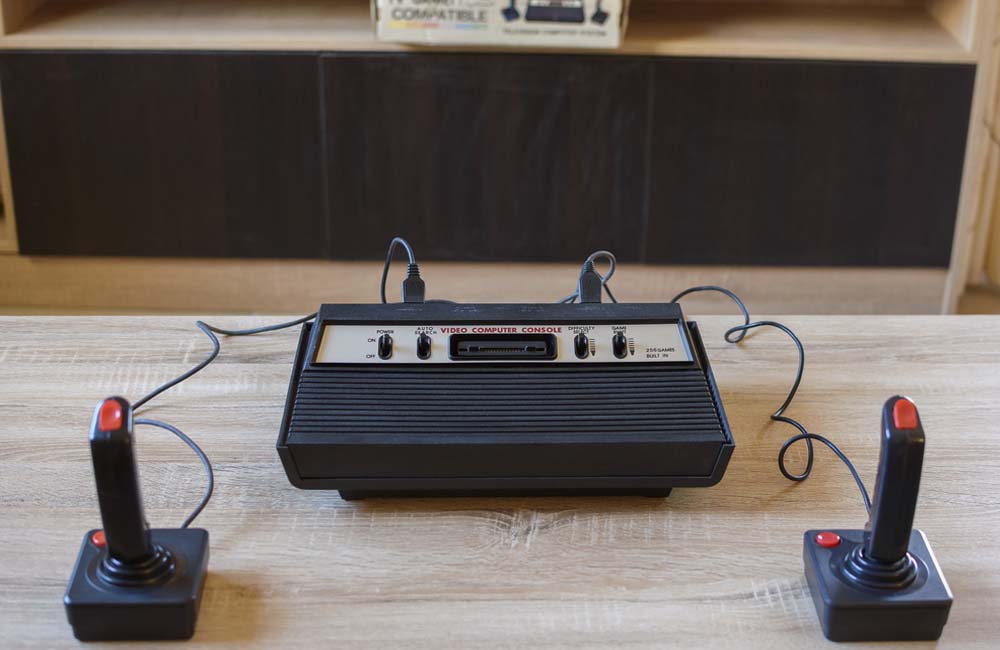 That’s the equivalent of $850 in today’s money. Though Atari dominated gaming in the late 1970s and early 1980s, it faltered amid competition from other game developers and their consoles. Also, Atari’s management made a series of bad game-production decisions that ended up sinking Atari, Inc. and ending its era.

If you watch any movie from the 1970s or around that time, chances are that you’re going to see a wall phone in a scene or two. Remember these phones? They hooked up to the wall via a long cord attached to a handset. They were the polar opposite of the sleek, convenient cell phones that we use today. 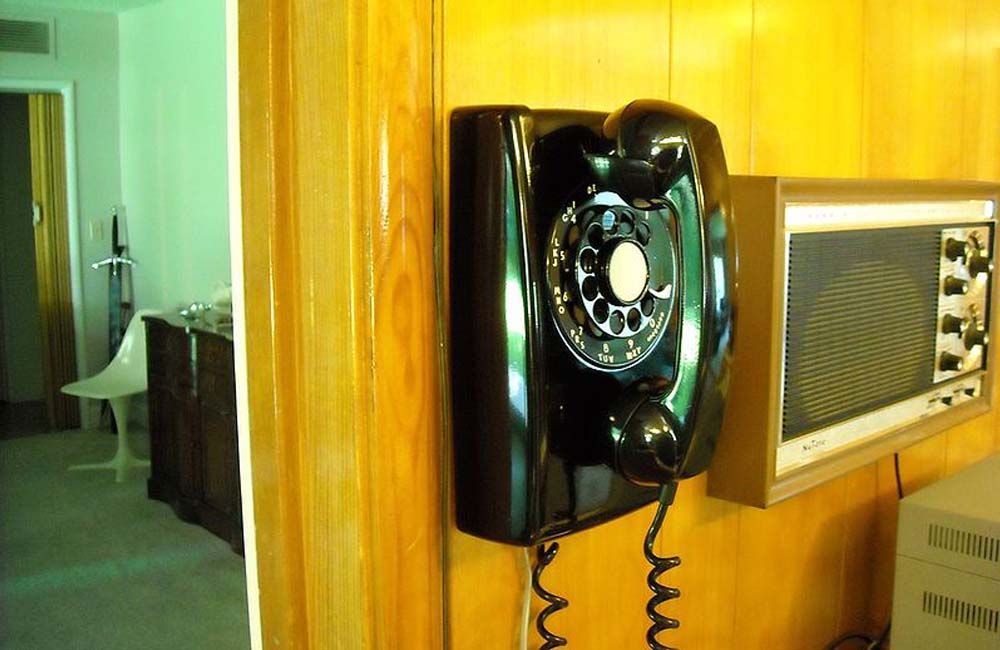 Motorola was one of the most popular phone brands at the time, and the company took things a step further in the early 1970s when it introduced the first portable phone. A decade later, the FCC approved the DynaTAC 8000X, the first cell phone. It was huge and unwieldy, and a lot of people preferred their wall phones.

The ‘70s was full of strange toys, and Sea Monkeys were definitely near the top of the list, as far as uniqueness goes. Sea Monkeys were brine shrimp sold as novelty pets. They were sold as eggs you could add to water, and they cost $1.25 plus postage from the “Sea Monkey Aquarium.” Over time, these Sea Monkeys would grow to a half-inch long. 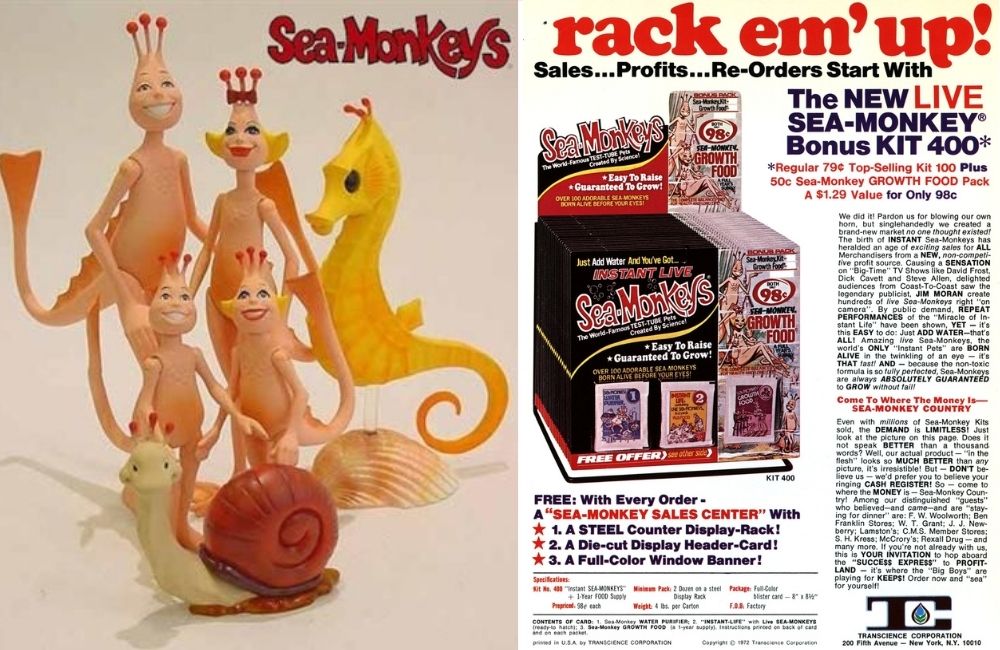 These pets became popular because they were so small and required little-to-no attention. Sea Monkeys were marketed as an alternative pet for people who weren’t able to have a dog, cat, or anything larger and more complicated.

The Woodie was a popular station wagon body type, and the appearance of polished wood on a car made it look less like an automobile and more like a piece of furniture. In the 1970s, cars no longer used actual wood construction, but they still accented the exterior with it. For example, the Ford Pinto Squire came out in the early 1970s with wood trim. 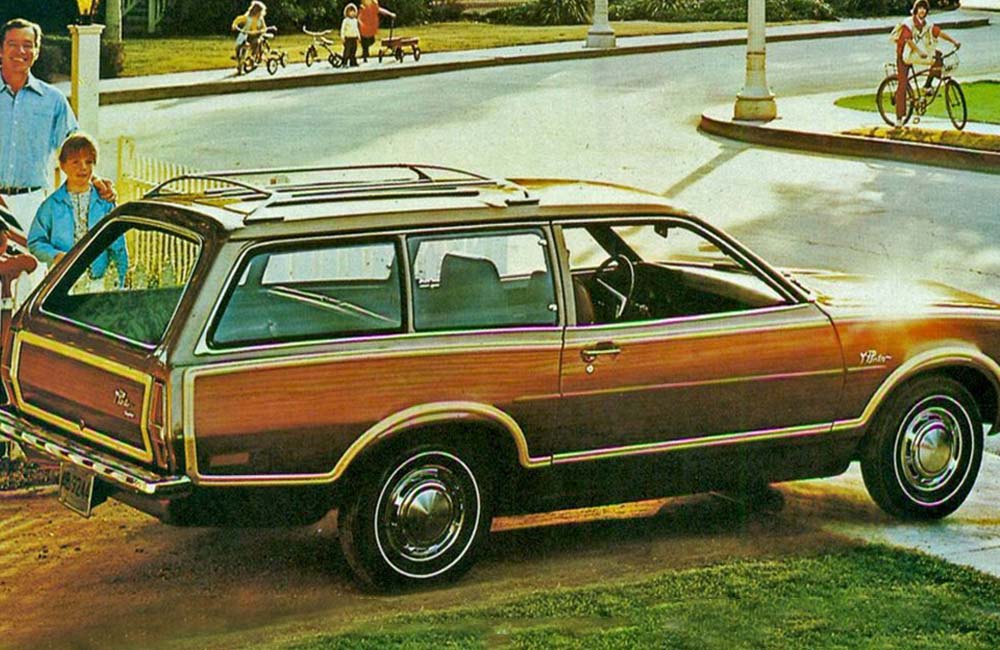 Chevrolet, not to be outdone, came out with the Chevy Vega Kammback in 1973. Other cars in the seventies that used the Woodie bodywork included the Chevy El Camino Estate, Chevy Suburban, Volkswagen Rabbit, and Jeep Wagoneer.

Wood frame furniture was a common staple of 1970s homes, and furniture and department stores would have been remiss if they sold a piece without a telltale showing of beech, mahogany, white ash, or birch. White and red oak, hard maple, and American elm were also often used for framing furniture. 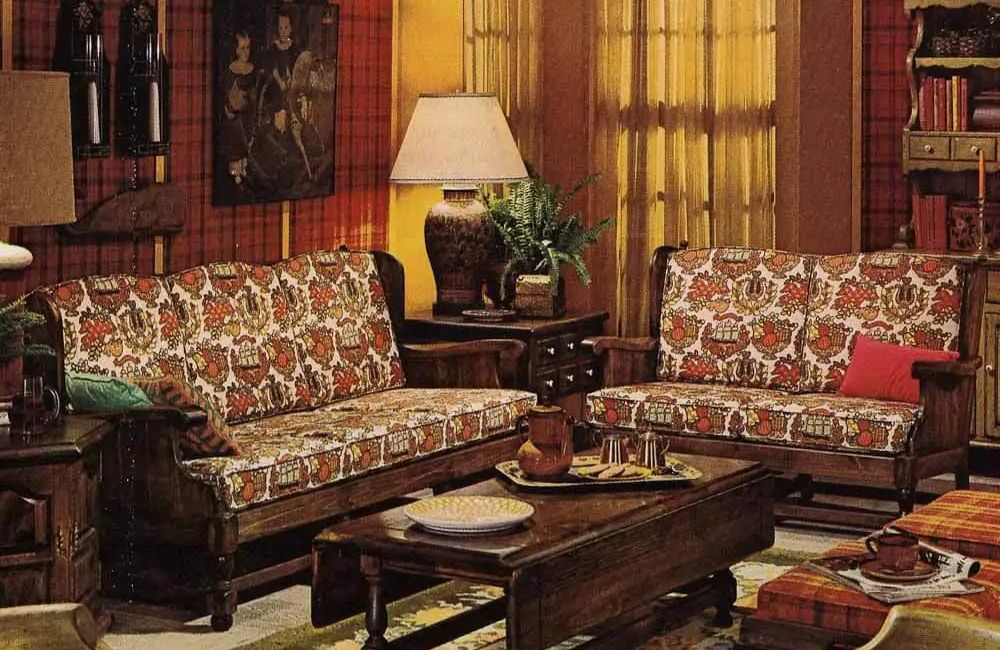 When you look at an image of vintage furniture, the wood framing is often an easy indicator that the piece is dated. Even armchairs couldn’t escape this feature. As you can see, this photo is classic ‘70s, through and through, from the interesting chair pattern to the bottles of Faygo on the floor.

The Most Expensive Outfits Royals Have Worn
From the moment we are old enough to dream, we hear stories about princesses in towers, read books about princes riding on a white horse, and watch movies with magical pumpkins and glass slippers. Hearing about the real royal families is a way to keep that childhood magic alive.  The royal family are the epitome […]
These Hit TV And Movie Sets Are Abandoned – And Still Standing Today
Hollywood is the stuff of dreams, and where fantasies become a reality. We all grow up with the movies, dreaming of the Wild West, fantastical adventures, or being swept off our feet just like in the pictures. Parallel universes, dystopian worlds, or a thrilling chase after the bad guy. The only limit is our imagination. […]
Most Expensive Cars of the British Royal Family
The British Royal family has managed to amass quite the fortune over the years, but their net worth extends far beyond what King Charles III has in the bank. In fact, what he has in the garage is just as lucrative, too. The House of Windsor has always been fortunate enough to acquire and drive […]
The Most Extravagant Gifts Ever Received by the Royal Family
The House of Windsor is a treasured British institution, especially because Queen Elizabeth II has been on the throne for so many years. Since her coronation in 1953, Elizabeth has been on multiple tours and greeted many important figures. As a result, she is the proud recipient of some truly interesting gifts.  Liz isn’t the […]
Advertisement