Showbusiness isn’t an exact science, and being a star isn’t always as easy as it looks. A lot of work goes into making a movie or a TV show, so it’s only natural that actors want to make sure they get a salary that reflects their experience and star pull. The more successful an actor is, the higher the asking price.

With that being said, some studios like Disney don’t always have the budget to pay actors what they want. Negotiations can either be successful or have a huge impact on what happens next. Some actors walk away with multi-million-dollar checks, while others walk away with nothing but a missed opportunity.

Bruce Willis has managed to establish a reputation as one of the best action movie actors of all time, so it’s probably not surprising that he knows his own worth. Sylvester Stallone approached Willis to appear in 2014’s Expendables 3, but Willis wasn’t about to do it for nothing. 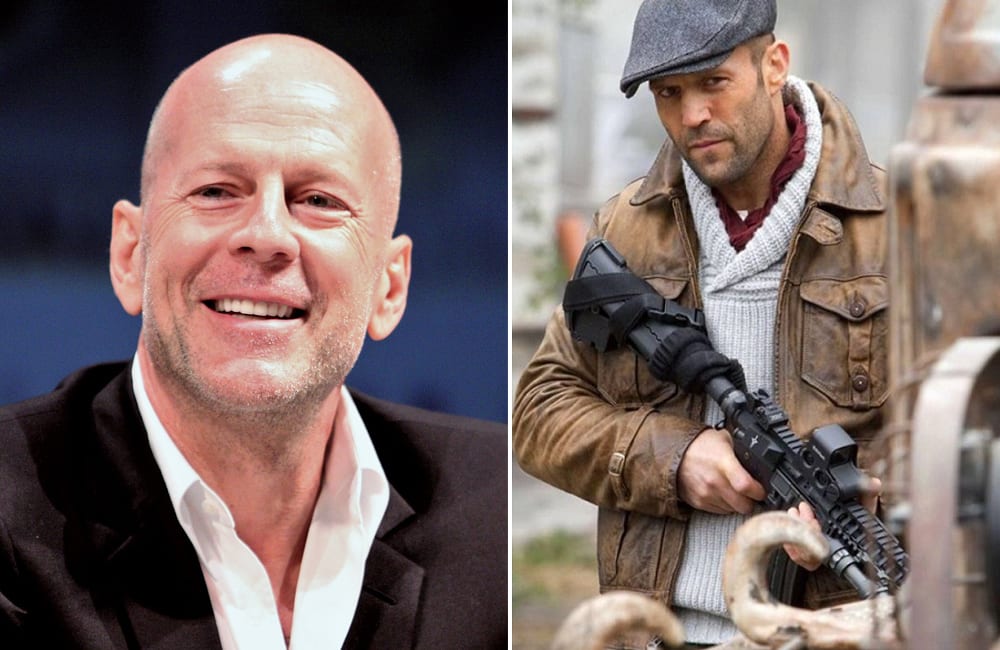 Even though the part wasn’t a major one and would take around four days to shoot, the Sony actor wanted $1 million a day. Stallone could only come up with $3 million, so Bruce walked away. This rocked the boat slightly, causing Sly to label his buddy as “greedy and lazy.”

We all know that Angelina Jolie did a very good job of playing the lead character in Salt, but did you know that the project could have looked very different? Everyone’s favorite Scientologist Tom Cruise was reportedly in talks to play the character of “Edwin A. Salt” but the studio wouldn’t cough up $20 million. 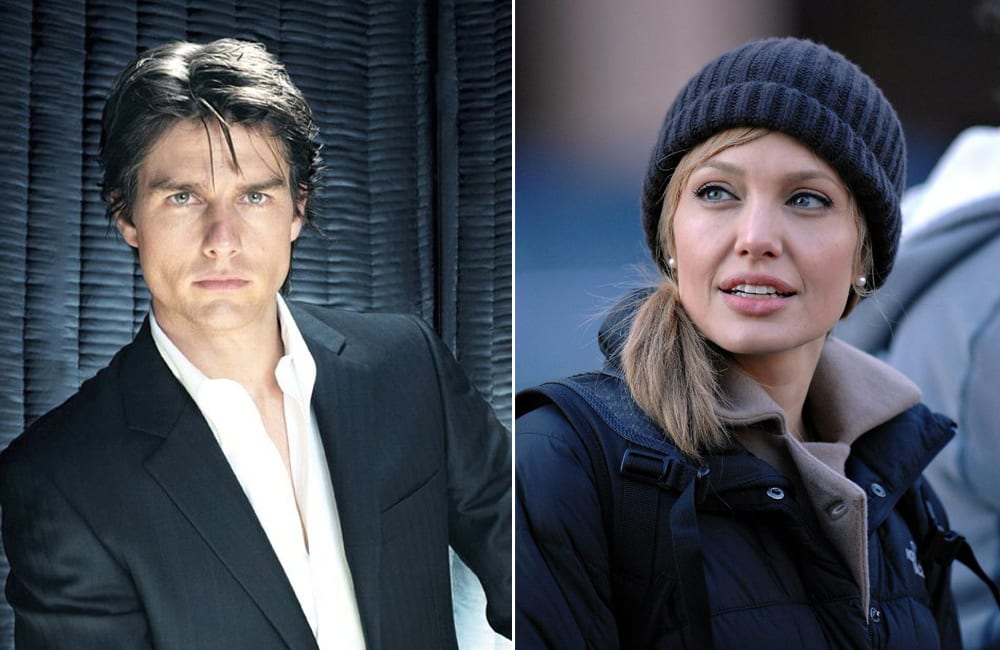 Tom wasn’t at peak popularity at the time, so the studio refused, although Cruise later said he was the one who decided not to take part as it was too similar to some of his other projects. Either way, Jolie stepped in to play a revised version of the character in the caper.

Valentine’s Day was made up of a decent ensemble cast, including Jessica Alba, Bradley Cooper, Kathy Bates, and more. It also very nearly included Katherine Heigl, but the Grey’s Anatomy star ended up walking away from the project in the early stages of negotiation. 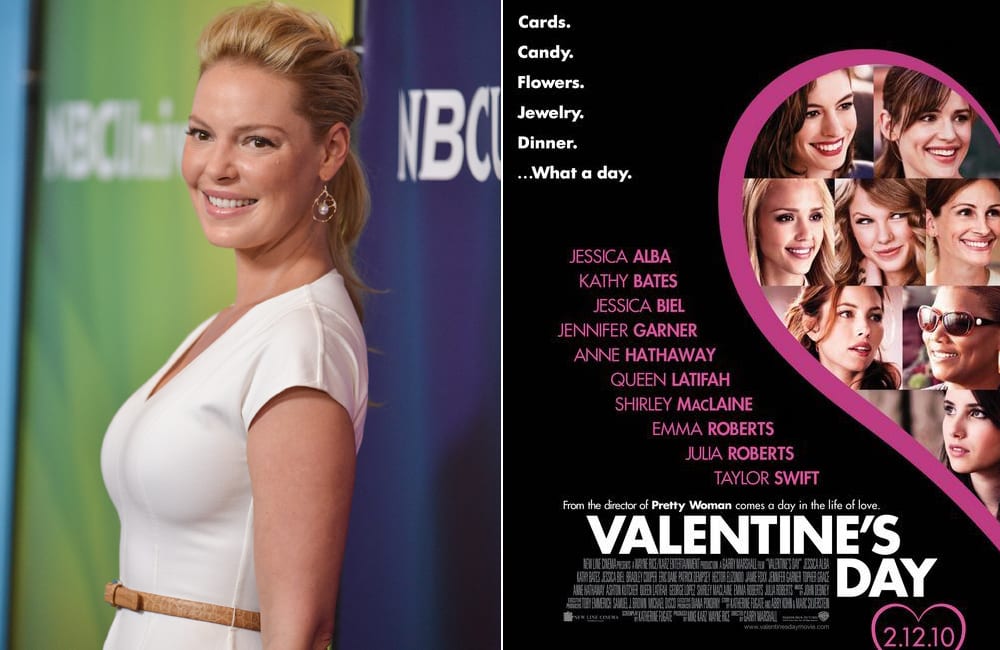 Rumor has it that the Disney ABC beauty wanted $3 million to film the project, which was much more than what her co-stars had settled for. Katherine didn’t star in the film, but her people later slammed the claims as “ludicrous” and that she decided not to go ahead with the movie for “multiple reasons.”

Viewers tune in to shows like American Idol not only for the talent but because they want to see the A-list panel of judges, too. When J-Lo signed on in 2011, it was a big thing for Simon Cowell. Jenny from the Block is loved by many, so the network was more than willing to pay her handsomely. 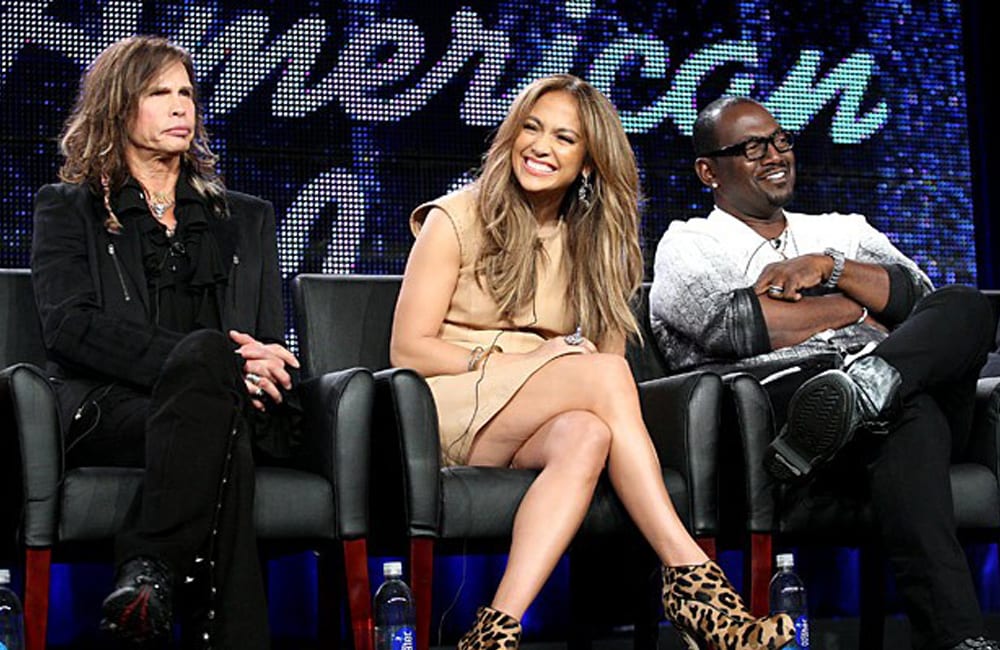 However, as the seasons rolled by, Jen wanted more and more money to appear on the Fox show, reportedly asking for $22 million. No one was willing to pay that sum, so J-Lo walked away from the show, although she later said it was to focus on other projects that she had going on.

Project: Iron Man 2
Proposed Salary: $7 million less than the previous movie*
Outcome: Terrence was fired when he fought back

We all know now that Iron Man is one of Marvel’s biggest and most lucrative movie characters, but when Robert Downey Jr. signed up to play Tony Stark in 2008, he wasn’t paid a lot for it. By the second movie, RDJ had built up his confidence and asked for considerably more, but there was only one problem. 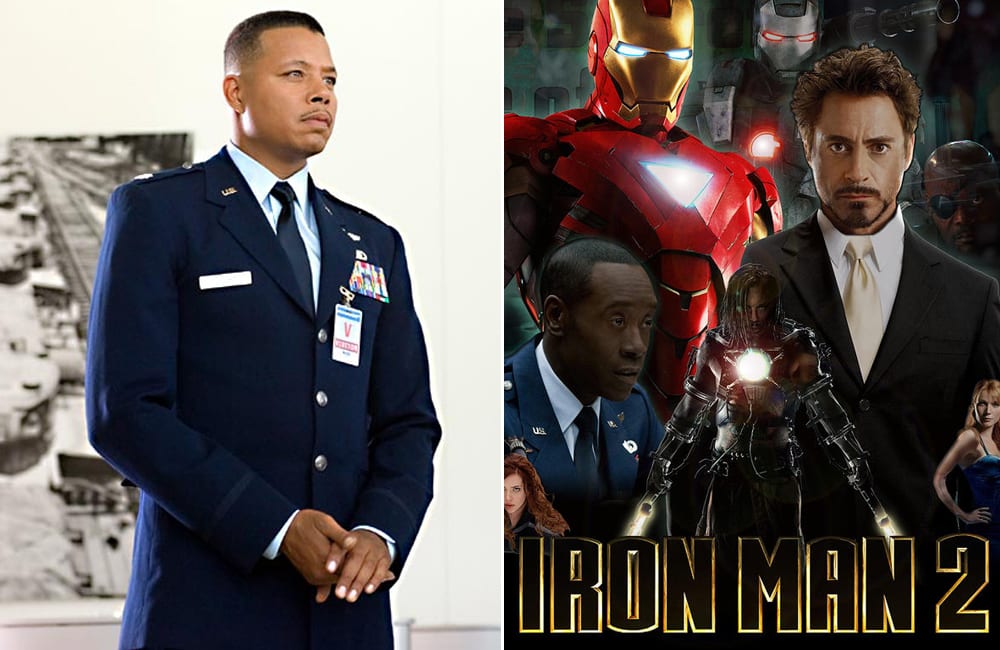 Disney wanted to chop down co-star Terrence Howard’s salary by more than $7 million to balance it out. Terrence fought back, but he ended up getting fired and replaced with Don Cheadle, who continues to play the part of War Machine as of 2021.

Say what you want about Charlie Sheen, but the guy drives a hard bargain. Even though Charlie was offered $48 million for two seasons of Two and A Half Men, Sheen wanted more. He wanted an astonishing $100 million, or he said he would walk away. 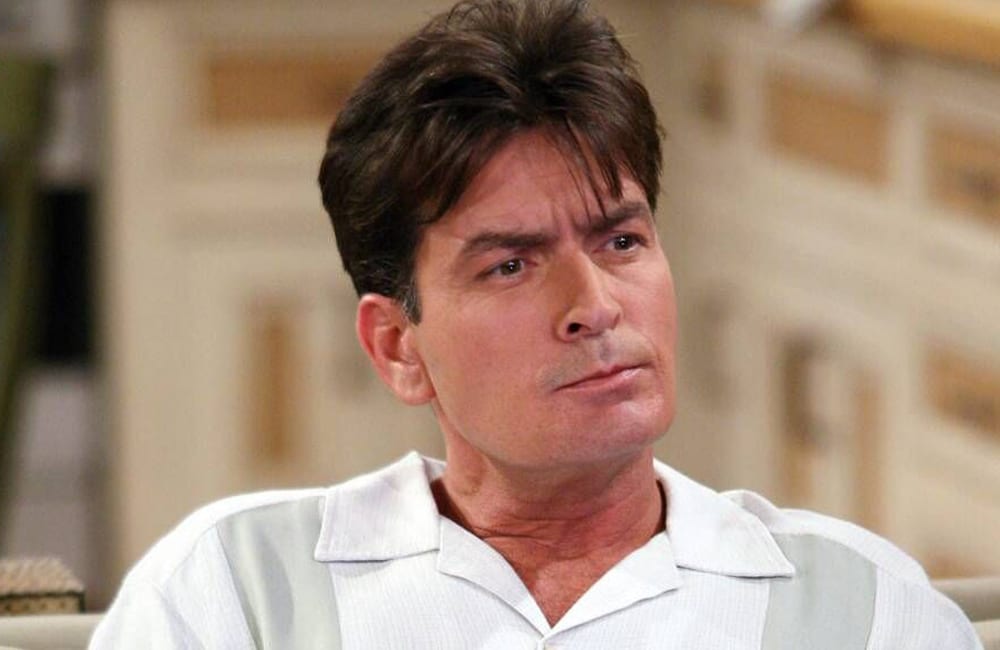 Charlie Sheen - Two and a Half Men @tvline / Pinterest.com

At first, the network didn’t believe him, but before long, it became clear Mr. Sheen wasn’t joking with CBS. After playing a game of hardball, they eventually gave in to his demands. Of course, Charlie would end up getting axed from the show any way in 2012, but his deal still made him the highest-paid TV star in history at that time.

You don’t have to be a movie expert to know that Johnny Depp has had a rough time over the past few years. While he was once box office hot property, Depp’s star began to fade in the 2010s. When he originally signed on to star in 2015’s Black Mass, he agreed to $20 million. 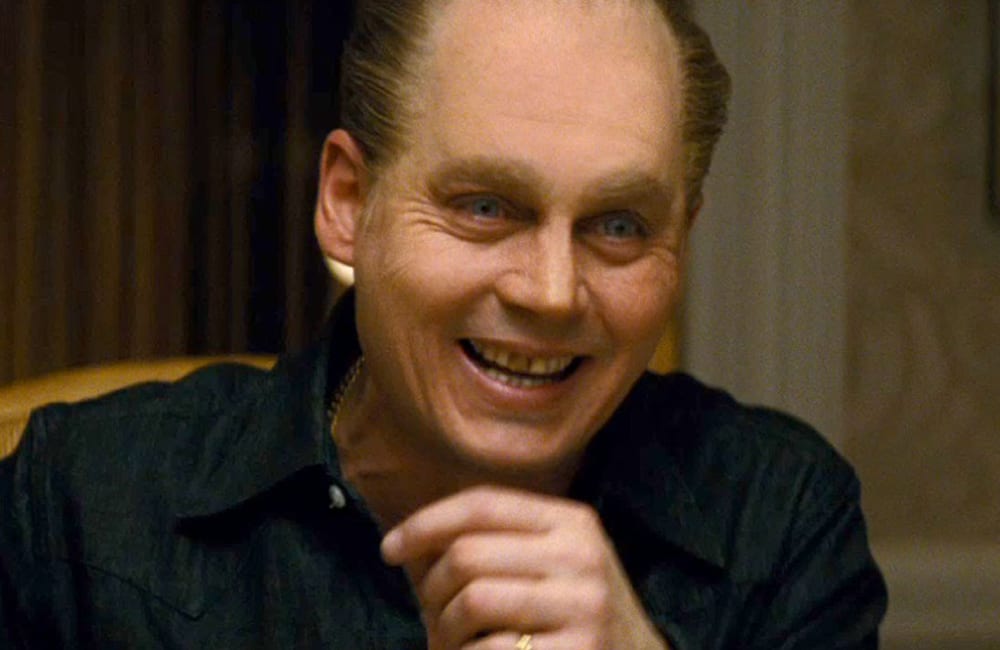 However, when production costs continued to rise on the AT&T picture, the studio was left with no choice but to offer him just $10 million. Depp walked away from the project but later returned, although it’s not clear whether he was given his full asking price or just settled for the lesser amount.

Crispin Glover has never kept it a secret that he didn’t enjoy his time on Back to the Future. When Glover said he didn’t agree with the script for the sequel, the producers supposedly made life difficult for the actor – at least, according to him. 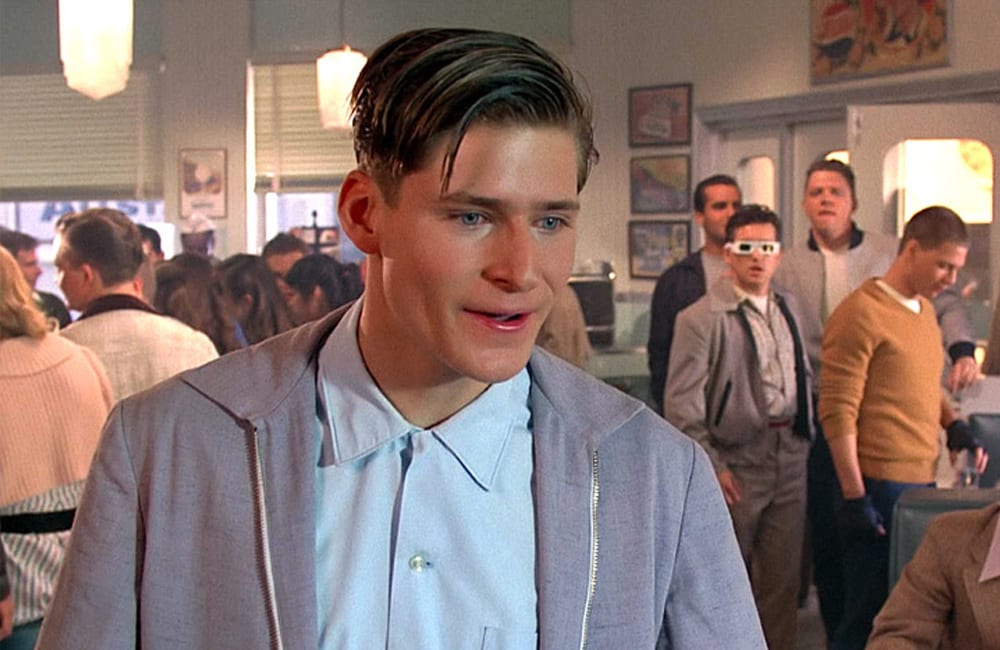 Crispin Glover - Back to the Future: Part 2 @lesksmith2013 / Pinterest.com

What’s more, they weren’t willing to pay him much at all, offering him $150,000. Glover soon discovered that this amount was far less than other supporting actors were being paid for the same project, and decided his time with the franchise was over for good.

Harrison Ford is a formidable actor that can do comedy and action just as well as drama, but could you imagine him in 1988’s Who Framed Roger Rabbit? If Ford hadn’t have been so darned expensive, Bob Hoskins may never have got his shot with Jessica Rabbit at all. 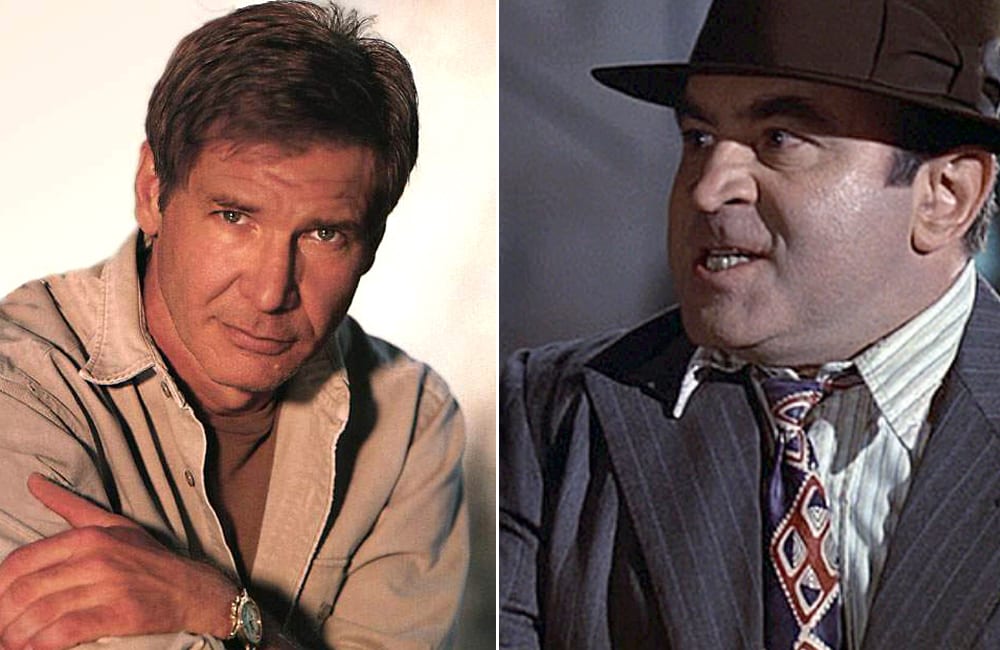 The filmmakers originally wanted the Indiana Jones star to play the part, but they simply couldn’t afford him. He was too much of a big shot to be messing around with cartoon crimes, but it all worked out well in the end. Hoskins did the Disney Touchstone picture proud.

Laurence Fishburne and Samuel L. Jackson were coming up in the industry at the same time, which is why their stories are often intertwined. Not only was Laurence Fishburne originally offered the part of Jules in Tarantino’s Pulp Fiction that ended up going to Jackson, but Jackson also ended up taking another part meant for Fishburne, too. 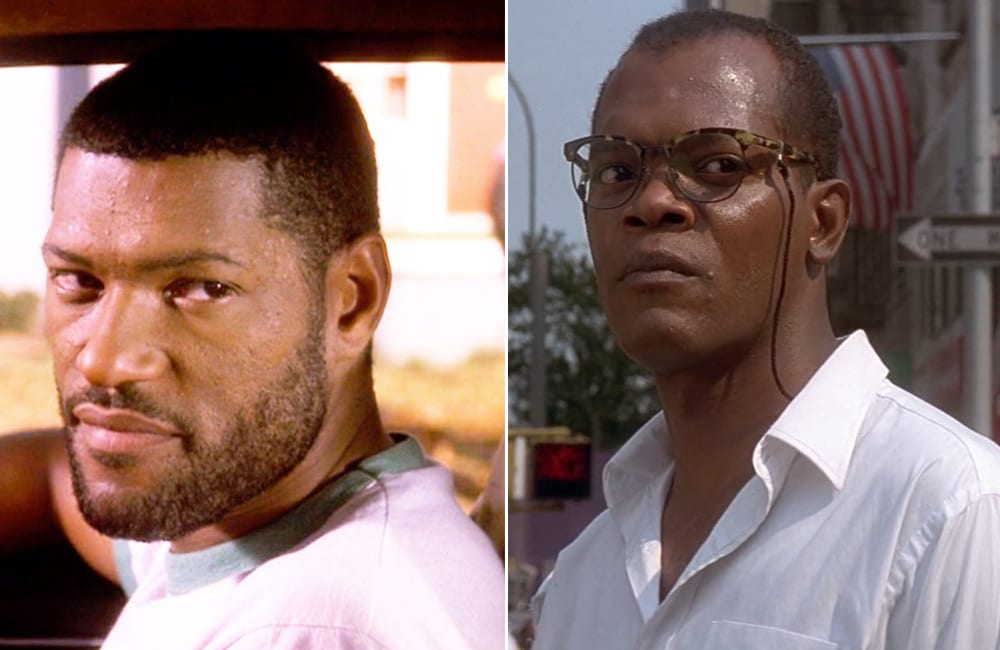 Fishburne was all set to star in Die Hard With A Vengeance as Zeus, but at the last minute, the studio found a cheaper alternative in Jackson. It’s not known exactly how much Laurence asked for, but it’s thought executives just wanted to save some cash.

Project: Hercules
Proposed Salary: $10-$15 million*
Outcome: Someone else was cast

Jack Nicholson is the kind of actor that the world sees once in a blue moon. He’s so devilishly good that he would have absolutely smashed it as Hades in Disney’s Hercules, but Jack doesn’t mess around. He was offered $500,000 to participate, but Jack wanted $10-$15 million and a slice of the profits. 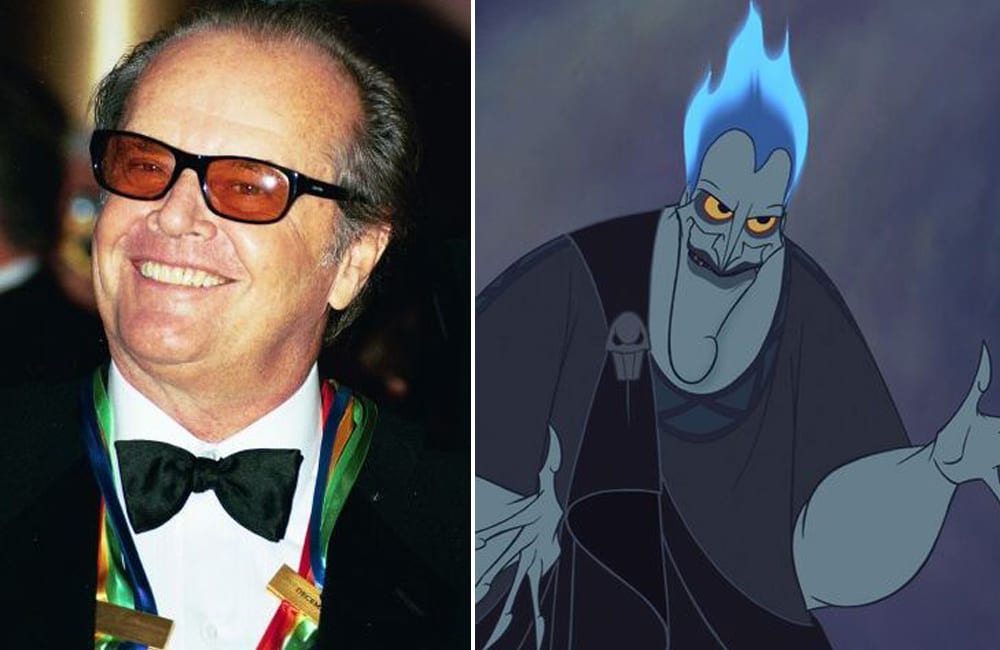 Disney was never going to pay that much for what they considered a secondary role, so off Jack went to work on other projects while James Woods stepped in and voiced the character. It all worked out well in the end, with Woods doing a stellar job.

Legendary star Sean Connery is largely considered one of the best Bond’s ever to grace our screens. He starred in seven movies, but when it came time to star in his fifth, he wanted an increase on his $750,000 salary. Amazingly, despite his popularity, the studio didn’t agree. 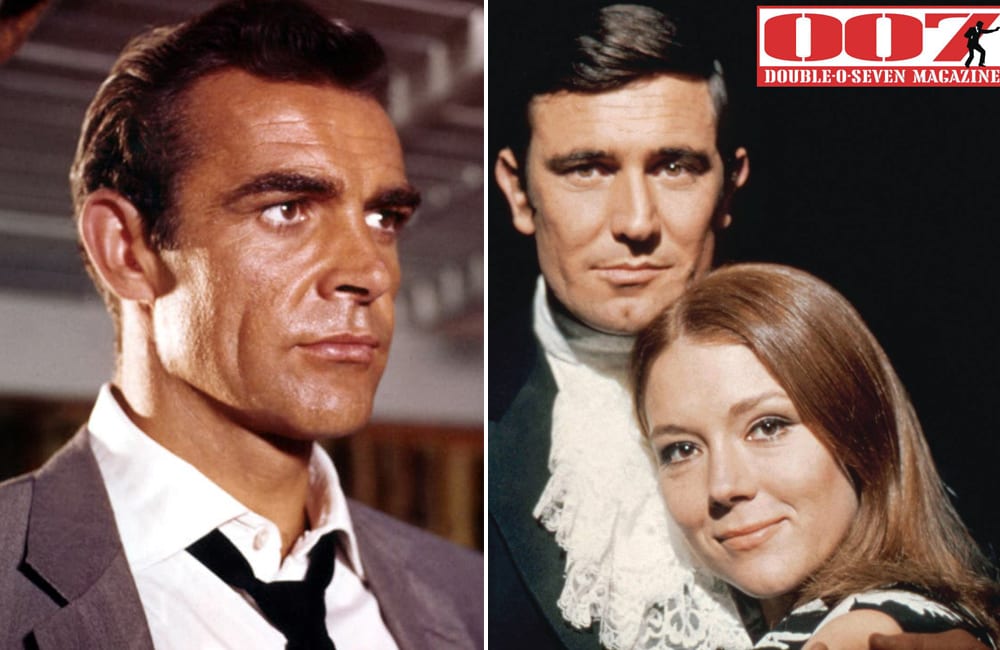 Another actor ended up being Bond for On Her Majesty’s Secret Service, but it didn’t quite work out and Sean came back for the 1971’s Diamonds Are Forever. Even then, Connery only returned because he was lured in with better pay and benefits.

Project: Independence Day sequels
Proposed Salary: $50 million and a part for Jada*
Outcome: He was dropped

Will Smith is one of Hollywood’s biggest assets, but that doesn’t mean he can ask for enormous amounts of money and get them at the drop of a hat. Independence Day is one of his most memorable movies, and producers were keen to get him back for the sequels. 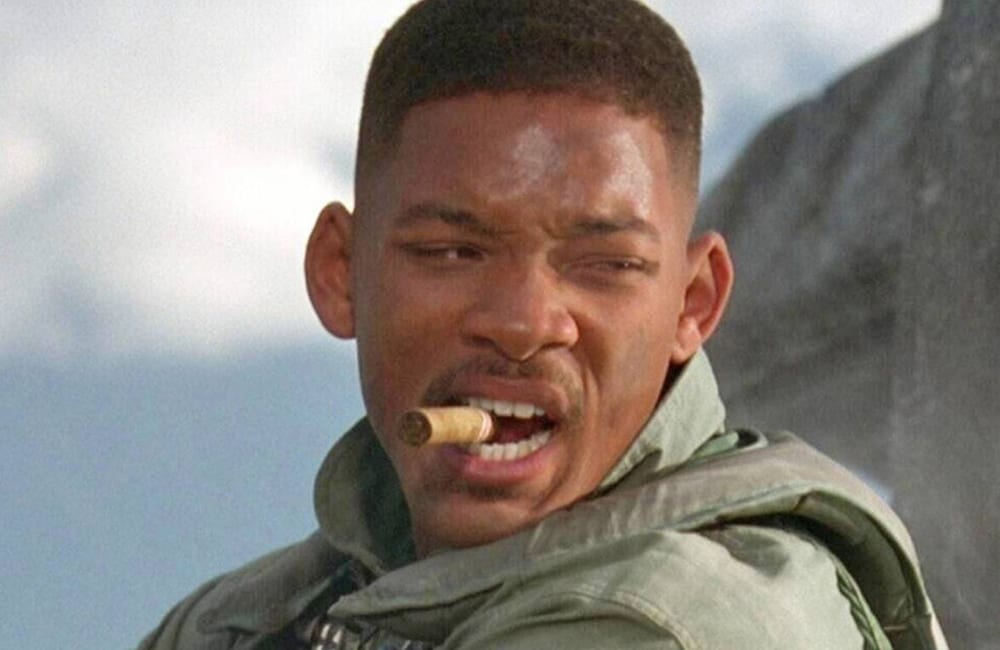 But Will’s asking price of $50 million for 2 & 3 was way too much. Not only did he want that cash, but he wanted his wife, Jada Pinkett-Smith to have a part to play, too. The studio simply couldn’t afford him and turned him down, moving forward without him.

Grey’s Anatomy is one of the most popular medical dramas ever to grace our screens, so lead actress Ellen Pompeo knows that she’s holding all the cards. However, in the early days of the show, Ellen wasn’t the highest-paid actor on the series at all. Her co-star, Patrick Dempsey, was getting more than she was. 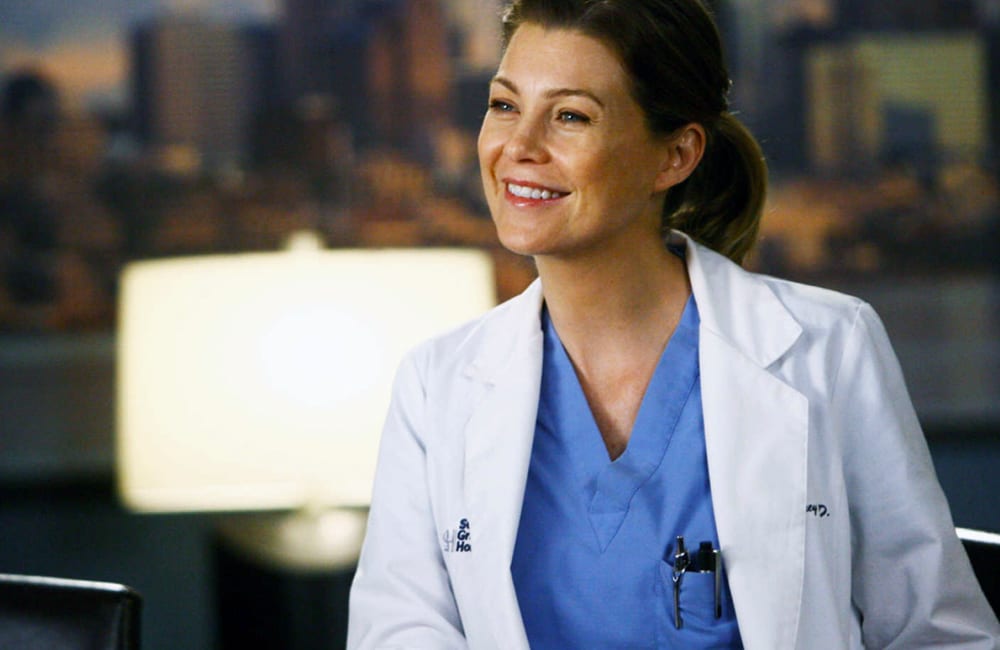 Ellen went head-to-head with the network and they ultimately agreed to pay her $5,000 more per episode than what Dempsey was getting. Now, Pompeo is the highest-earning actress in her niche, taking home $20 million a year for her role as Meredith Grey.