Famous faces are always looking for ways to spend their hard-earned money and capitalize on their own celebrity status. The food industry has long been a place for both modern and outdated stars to invest in for a quick cash injection.

From fancy Pan-Asian eateries that barely lasted a season to table tennis clubs that are still thriving, some of these big (and formerly big) names have had some big disasters, while others will be dining out on their success for years to come.

On Yelp, the main complaint about Tagine has nothing to do with its food or atmosphere—it has to do with the fact that Ryan Gosling, one of the co-owners, isn’t there enough. Tagine is, according to its website, a “secluded hideaway” in Beverly Hills, California. The restaurant is beloved by locals. 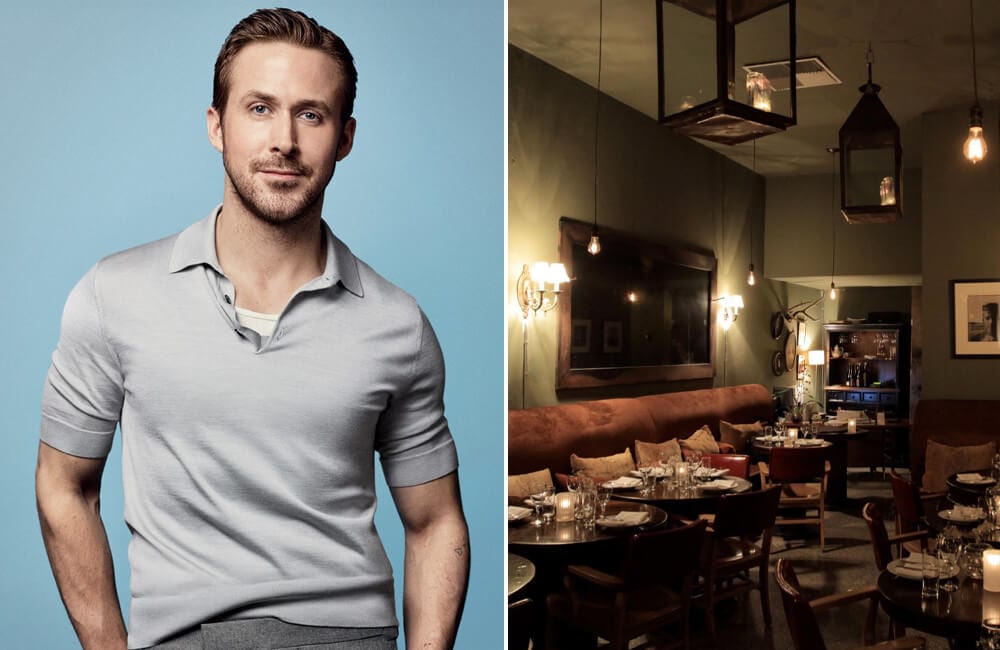 The Hollywood hunk is one of several investors behind the restaurant, which serves Moroccan cuisine. Gosling even took a picture of himself washing dishes there. But, alas, as one waiter told customers (who ran and repeated the comment to the Toronto Sun), Gosling hasn’t visited Tagine “in months.”

Britney Spears’ Cajun-turned-Italian restaurant, Nyla, was opened and closed within a year in 2002. Spears reportedly terminated her relationship with the business after she said that management failed to keep her “fully apprised” during its operation. 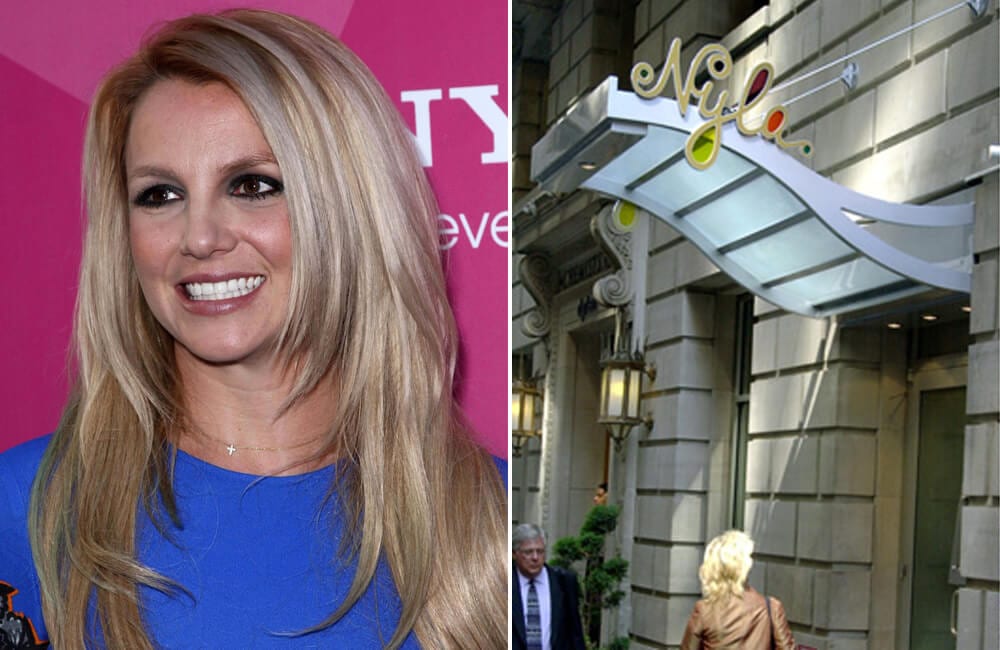 Nyla’s vendors filed a motion in federal court to have Nyla declared bankrupt, claiming that they were owed over $25,000 in back payments. The restaurant had a celebrity-studded opening with Ja Rule and other high-profile stars, but even that wasn’t enough to save it from being shut down.

Sandra Bullock might be more famous as an actress than as a restaurateur, but she excels at being both. The star took over Walton’s Fancy and Staple in 2009, moving the 1969-established business to a new location in Austin, Texas. 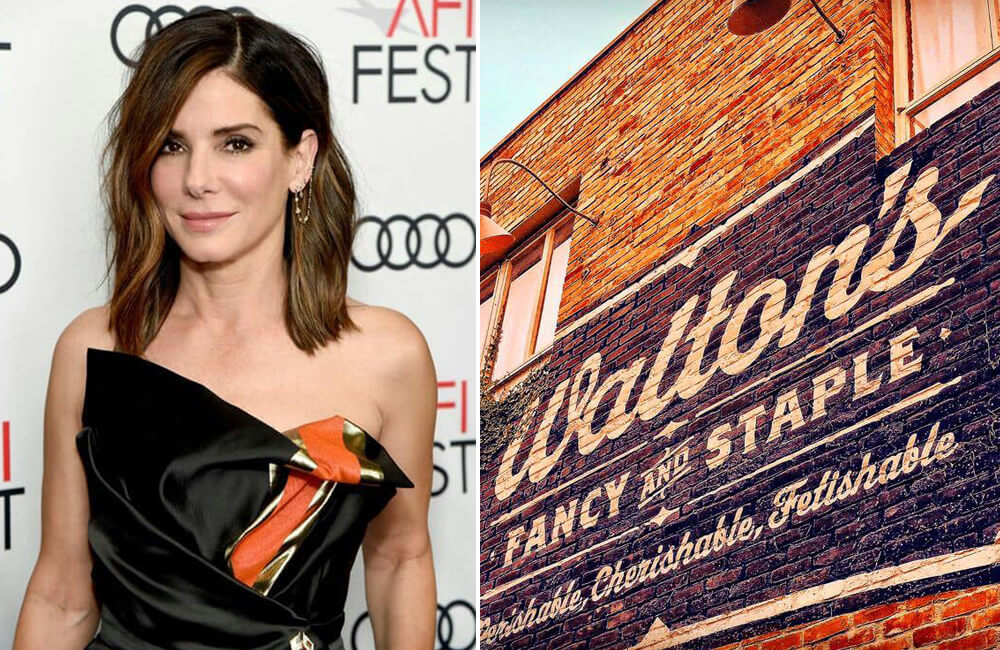 11 years later and the quaint restaurant is still going, offering flowers, deli, gifts, catering, and even a happy hour. It isn’t a five-star eatery, but a relaxed cafe that is just as warm and welcoming as Bullock herself. The actress has been known to pop in when she’s not starring in hits for the likes of Sony or Disney.

Investing in a big chain like Papa John’s can be a risky business, but Peyton Manning took the opportunity and seized it. The former NFL star had a stake in 31 Denver locations owned by the pizza company up until 2018. 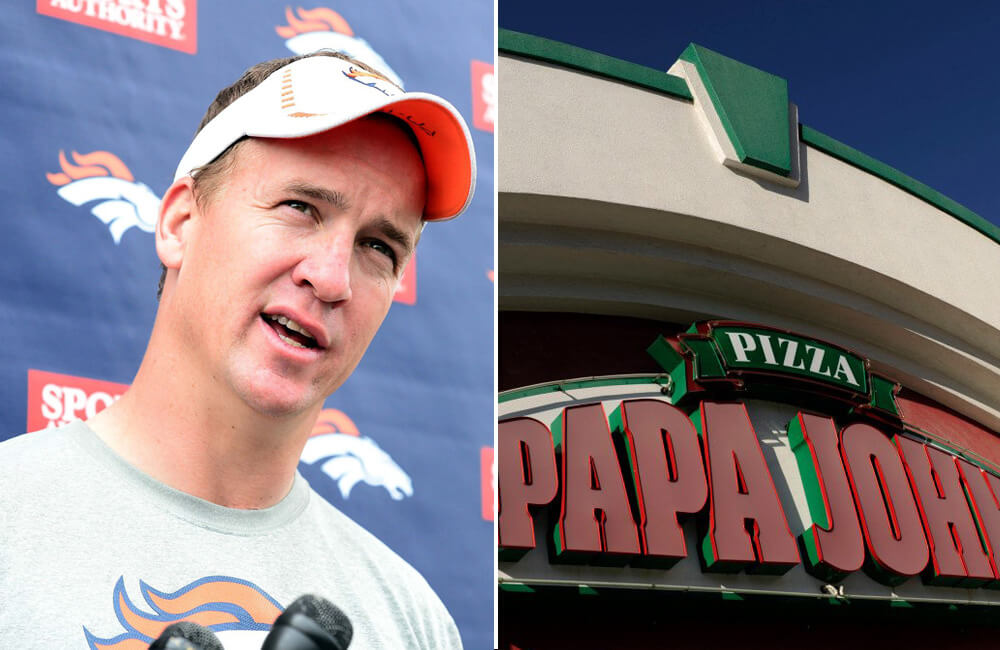 It’s not clear how much money Manning stood to make from the deal, but it was likely a tidy sum. Luckily for fans of pizza and Peyton, his affiliation with Papa Johns didn’t end when he sold the shares. He’s still a spokesperson for the chain, which certainly helps bring in some extra dough…

Lady Gaga might not be the owner of New York’s Joanne Trattoria, but she’s certainly well connected to it. Her parents, Joseph and Cynthia Germanotta, opened the Italian restaurant back in 2012, much to the delight of fans hoping to catch a glimpse of the superstar singer. 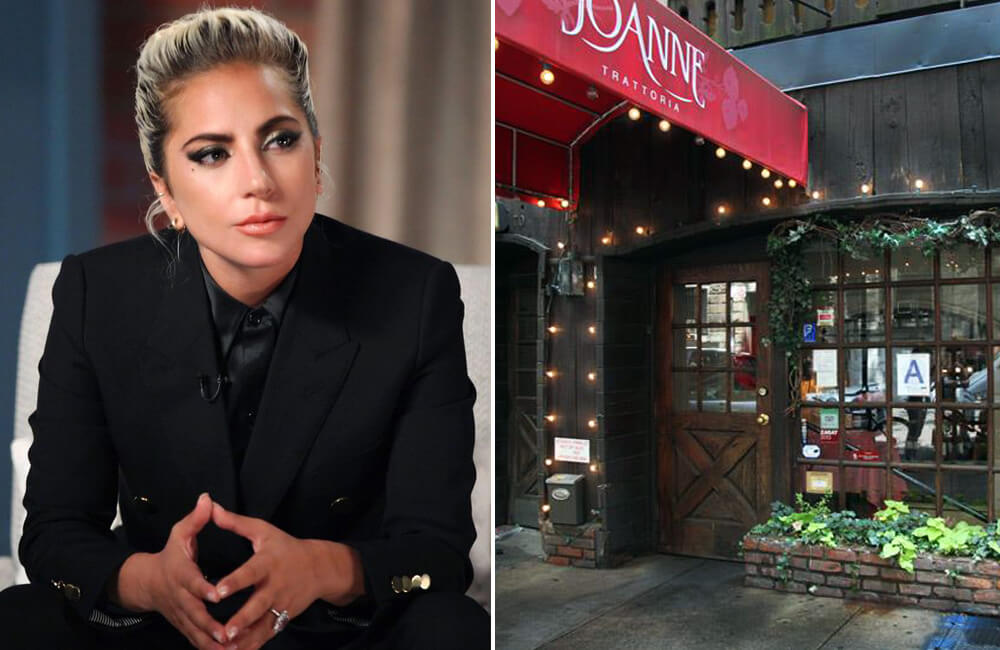 Like many eateries Joanne Trattoria took a hit during the pandemic, causing Mr. Germanotta to set up a GoFundMe page to try and cover the operating costs. Many thought this was a slightly unorthodox move considering his daughter is worth an estimated $246 million thanks to her contract with Tencent’s Universal Music Group.

There aren’t a lot of actors that are as versatile as Hugh Jackman. On the one hand, he’s capable of playing brooding Wolverine, while on the other he’s able to sing his heart out as Jean Valjean in Les Miserables. He also really knows his java. 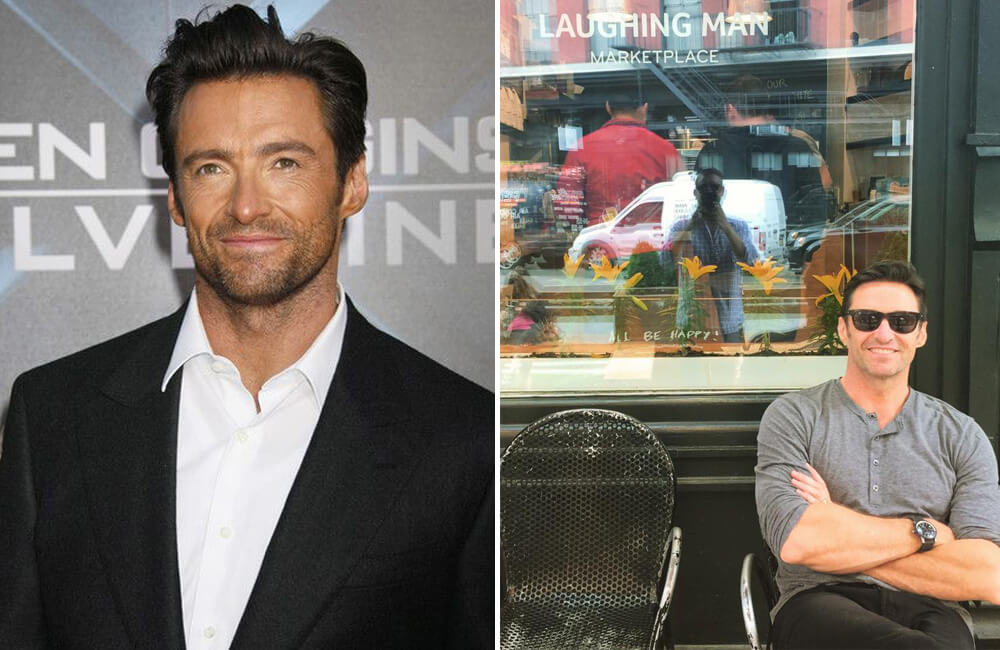 The Sony Pictures star first set up Laughing Man Coffee back in 2011 when he joined forces with criminal prosecutor David Steingard. The brand has two locations in Manhattan, but the business is about much more than the perfect brew. Jackman uses it to support his foundation and help coffee farmers in places like Ethiopia get a decent living wage.

When most of us think of Robert De Niro we think of seeing him in mob movies like The Irishman or Goodfellas. We don’t necessarily think of him as a savvy businessman, but that’s exactly what he is. 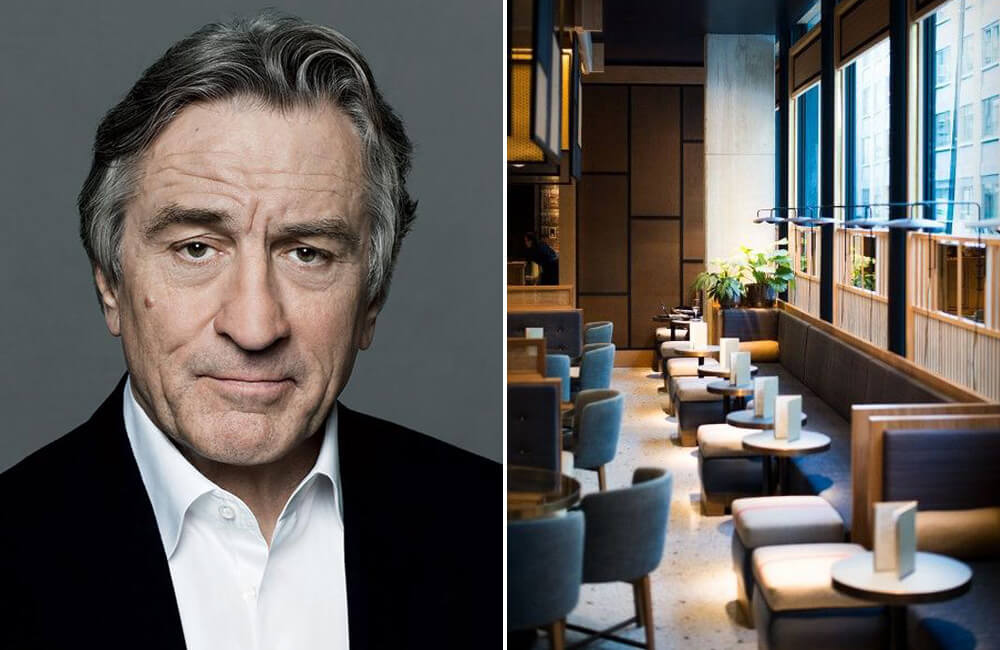 In fact, De Niro is possibly one of the most successful restaurateurs ever to enter the business. The actor first went into business with Nobu Matsuhisa in 1994, after trying to persuade him to enter a partnership since the late ‘80s. Now, Nobu is an empire with over 29 locations. Matsuhisa himself has amassed a fortune of over $200 million.

Fruit and vegetable juices have been steadily growing in popularity for the past few years, especially when it comes to grab and go drinks. Jamba Juice was first founded back in 1990 as a healthy alternative to fast food. 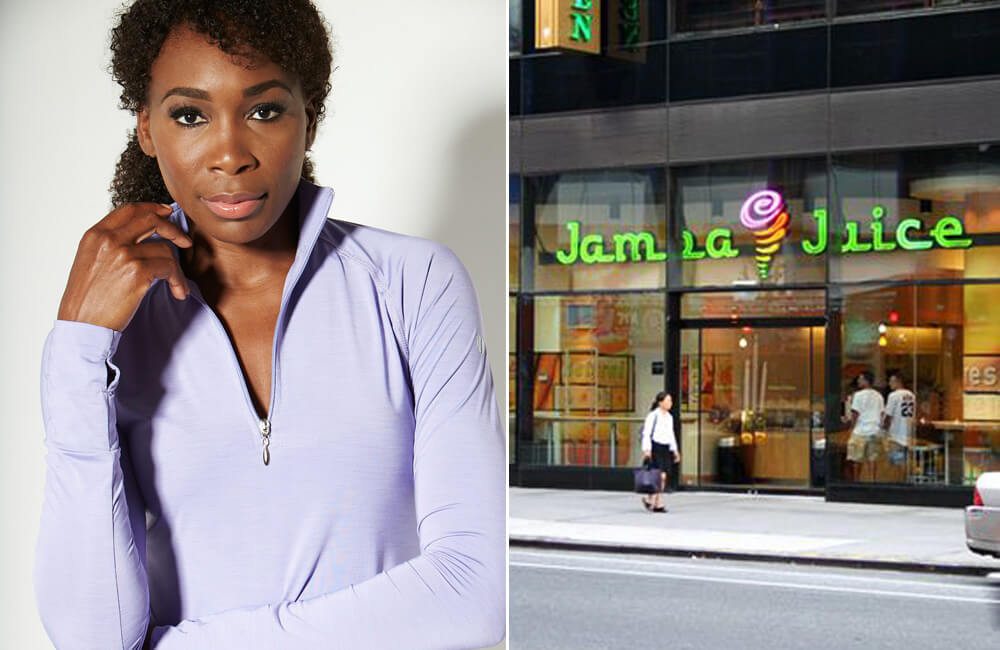 When tennis pro Venus Williams became a franchise partner of Jamba in 2011, it was the kind of endorsement the business needed to expand. Williams continues to be a well-known face both off and on the court thanks to her deals with brands like Nike. By 2014, Jamba and Venus shared four locations across America.

Ask any Venice, California native what restaurant to head to, and the chances are they’ll point you in the direction of Clutch. The casual dining hotspot is the brainchild of actor Jon Huertas, his wife Nicole, and two business partners. 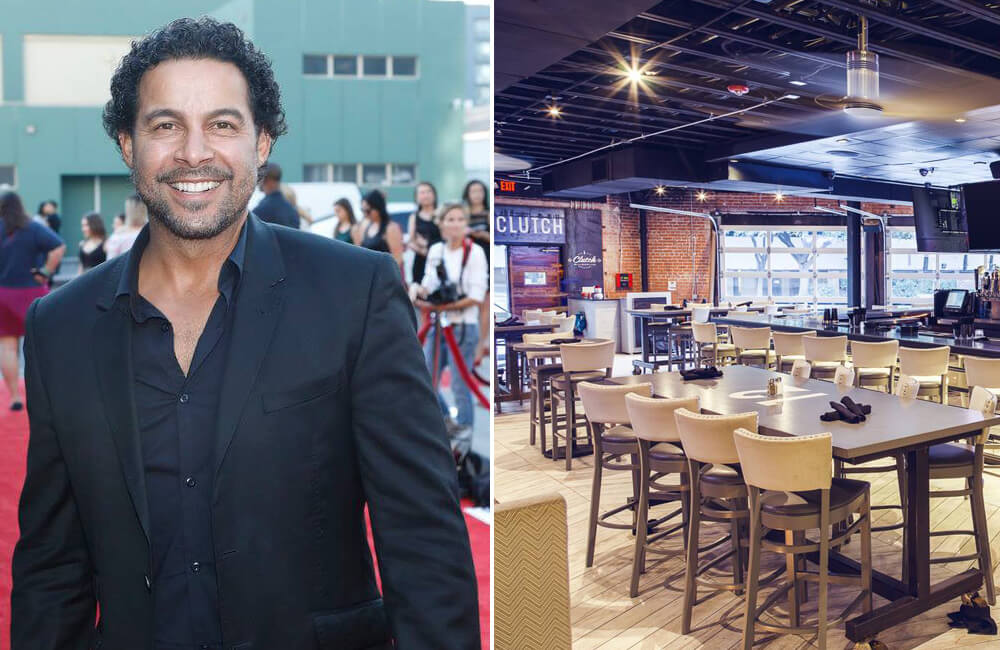 When talking about the location to Variety in 2019 Huertas said, “We wanted a place where people would stop not to refuel their cars, but their bodies. It’s our neighborhood roadhouse.” When Huertas isn’t starring in Comcast’s This Is Us, Jon can often be found in the 88-seat hotspot making sure things are running smoothly.

What do you get when a top model decides to open a restaurant? It’s not quite what you might think. Olivia Culpo opened Back 40 in 2017 alongside her family in a bid to provide hearty comfort food to the residents of North Kingstown, Rhode Island. 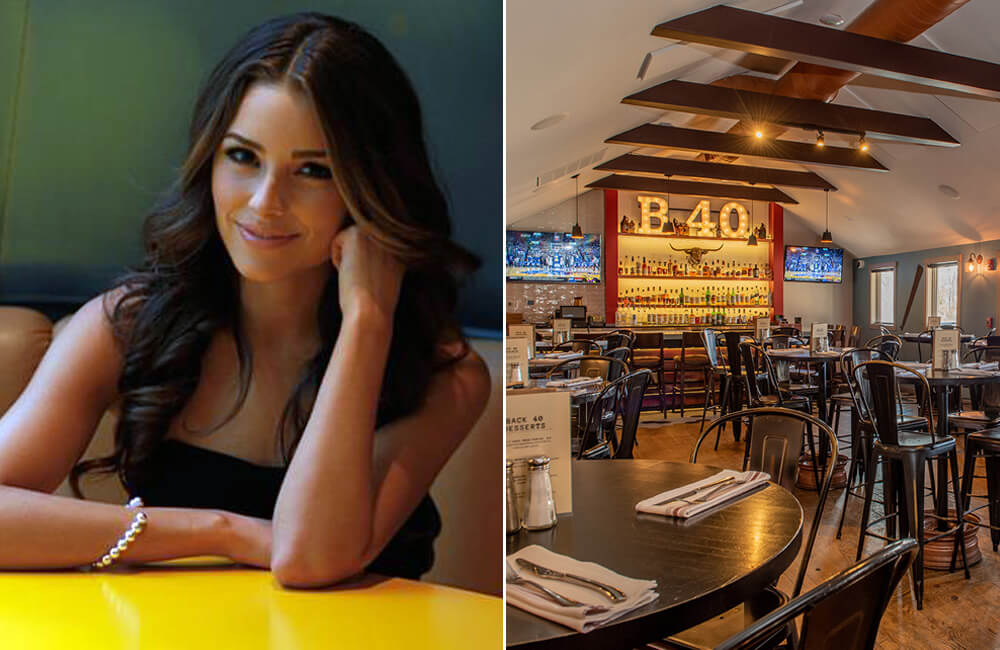 When talking to Boston.com, Culpo explained, “It’s hometown, country-style, all-American cuisine. It’s going to be big and welcoming.” Olivia and her father Peter provided the financial backing while her cousin Joshua manages the joint, making it a true family affair. As she doesn’t have to worry about washing dishes, Olivia can focus on starring in movies for studios like Disney.

When Susan Sarandon decided to go into the bar business, she had a very specific idea: table tennis. Strangely, the niche market proved popular and Susan and her then-boyfriend Jonathan Bricklin had a hit on their hands. 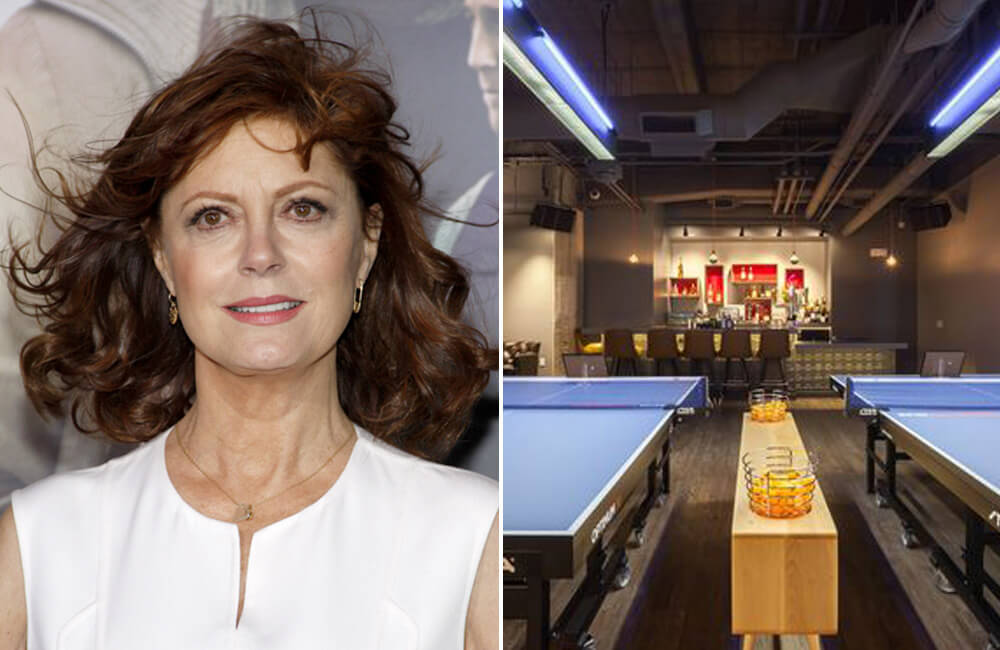 The first location opened up in New York City in 2009, but now there are several different spots in Austin, Chicago, Los Angeles, Philadelphia, and San Francisco. SPiN also opened up in Dubai in 2013 but didn’t last that long due to the country’s slightly less relaxed approach to alcohol. Visitors to the clubs can enjoy a Budweiser and a friendly game at the same time.

Many people have asked the question, “Is there anything Michael Jordan can’t do?” but no one has ever answered yes. The former NBA legend has proved that he has just as much business acumen as he has sporting finesse many times over. 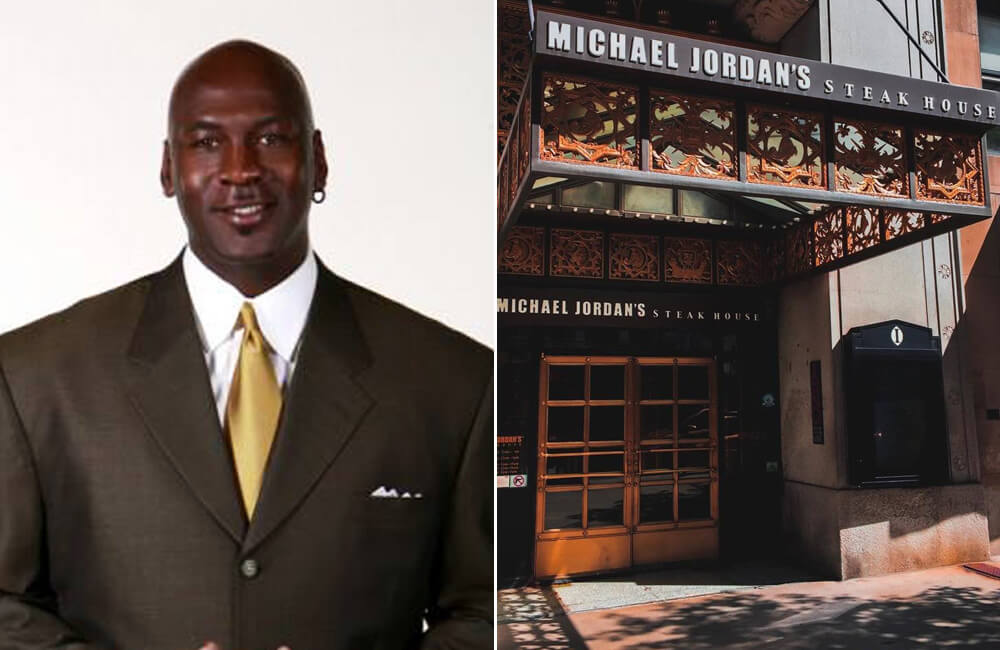 Michael Jordan’s Steakhouse chain is just one of the many ventures that have helped the star amass a net worth of $1 billion. The first steakhouse opened in 1998 in Grand Central Terminal, New York City, but now there are five locations across America. Interestingly, you won’t spot a hint of sports memorabilia in any of the restaurants.

New Orleans can be a fabulous place to open a bar, but that doesn’t mean it’s always a good idea. With such stiff competition, Channing Tatum took a big chance in 2012 opening a bar on one of the city’s busiest stretches: Bourbon Street. 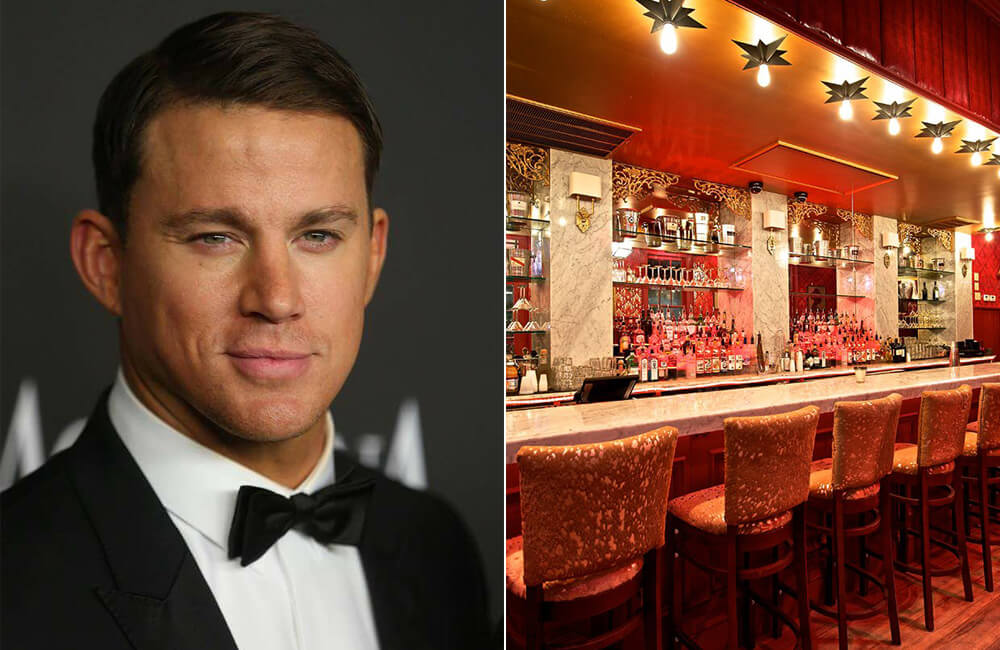 According to the website, Saints and Sinners offers “fun, not fine, dining” and a “wicked good time.” With great burgers and a selection of seafood, the bar remains a popular staple on the street eight years after it first opened its doors. Channing’s star power certainly helps.

Cameron Diaz certainly has her hands busy these days with a glittering Hollywood career, a baby, and a husband, but back in 2000 she was just getting started. The actress invested in Pan-Asian restaurant Bambu on Miami Beach, helping it become a swinging hot spot in the area. 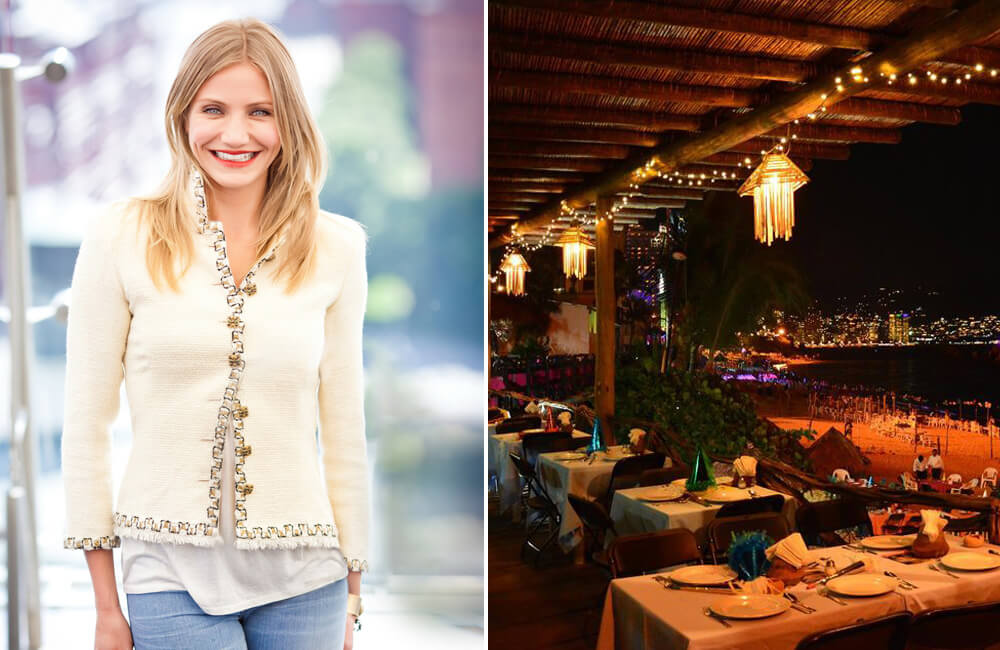 However, it wasn’t destined for longevity. Two years after the doors to the building opened they closed for refurbishment, but patrons were disappointed to find the eatery never started trading again. Bambu vanished almost as soon as it appeared. Thankfully for Cameron, her career went from strength to strength.