Product placement and brand deals have gone hand-in-hand with the movie business since cinema first started. Without lucrative partnerships to help finance blockbusters, some of the best features probably wouldn’t exist. On the flip side, some brands wouldn’t be nearly as popular as they are today without being featured in a successful movie.

From Tom Cruise’s Ray-Ban’s in Risky Business to Sharon Stone’s Hermes scarves in Fatal Attraction, some companies hand-picked the perfect moment to debut their products, hitching a ride on the Hollywood wagon right to the top. Here’s a history of our favorite brand debuts – many of which you probably didn’t even notice!

It’s a Wonderful Life premiered way back in 1946, but even though it’s one of the oldest holiday movies out there, it’s still a favorite among fans. While there are plenty of notable moments in the feature, National Geographic managed to create a little magic of its own by getting a spot in a particular scene. 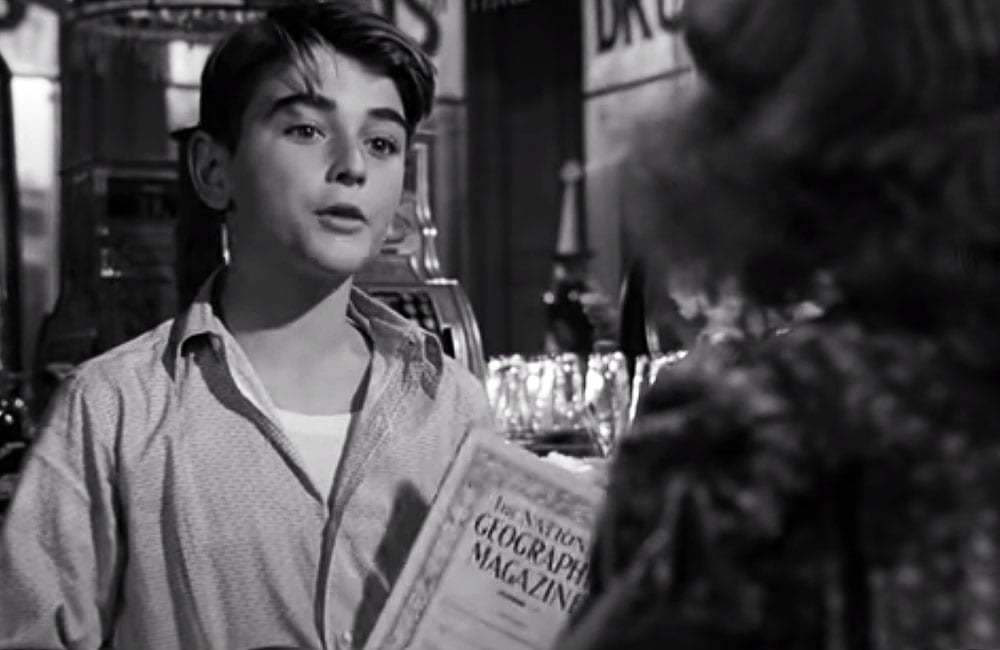 Young George is talking to Mary about coconuts when he pulls out a copy of the Disney-owned magazine to illustrate his point. Considering how popular It’s a Wonderful Life became and how legendary it is now, the magazine clearly picked its cinematic debut well.

James Bond movies have always been synonymous with the latest cars and the coolest tech, so it’s only natural that manufacturers have been keen to partner with 007 for decades. Back in 1967, it was Toyota’s turn when they introduced the 2000GT. 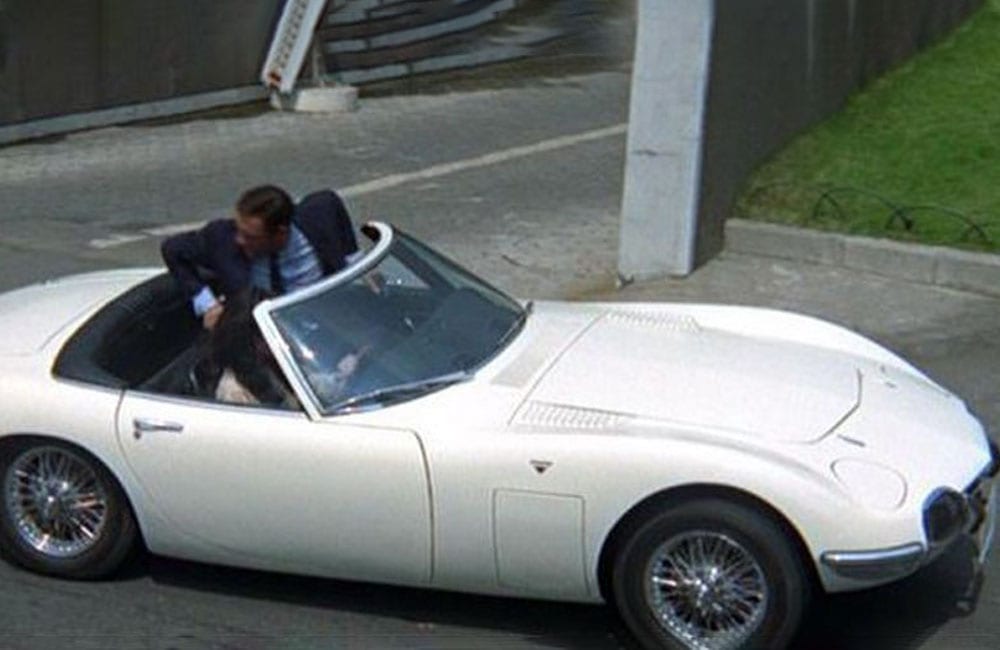 Two specially-designed topless models were made by Toyota to be used in the movie, giving the filmmakers exactly what they needed. The partnership proved to be fruitful, even though the million-dollar car only featured in one Bond movie. Clearly, production did something right by choosing a slick spy caper to introduce the car to the world.

Love Happy isn’t one of Marilyn Monroe’s most famous movies, but it remains notable because it’s a Marx Brothers project (in fact, it’s the last Marx Brothers feature ever released). Critics weren’t keen on the musical comedy, but eagle-eyed viewers may have spotted several brand advertisements nestled in there. 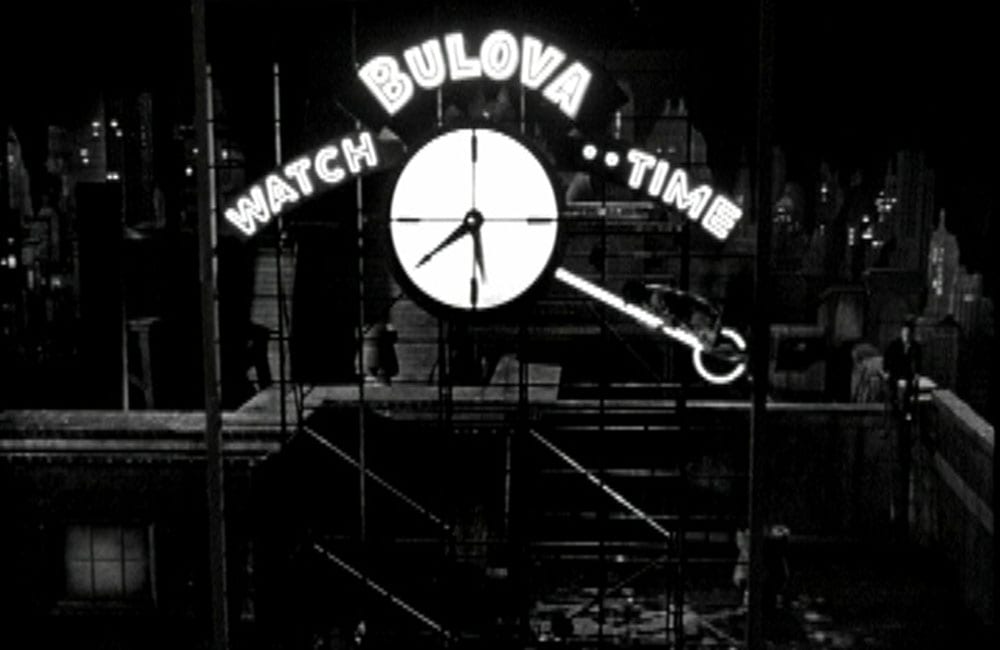 General Electric, Fish Tires, Kool Cigarettes, and Wheaties are all noticeable in the movie, as well as oil company Mobil. At the time Love Happy was made in 1949, Mobil was one of the biggest petroleum companies in the world, so of course it wanted an on-screen presence, too.

Godzilla has been a classic cornerstone of film for years, but not every single movie that gets released is a huge blockbuster smash. That being said, Dr. Pepper was keen to leave its mark on 1985’s The Return of Godzilla when it was recut for global audiences. The marketing department managed to put in numerous ads for the drink, even though it was met by resistance from some of the cast. 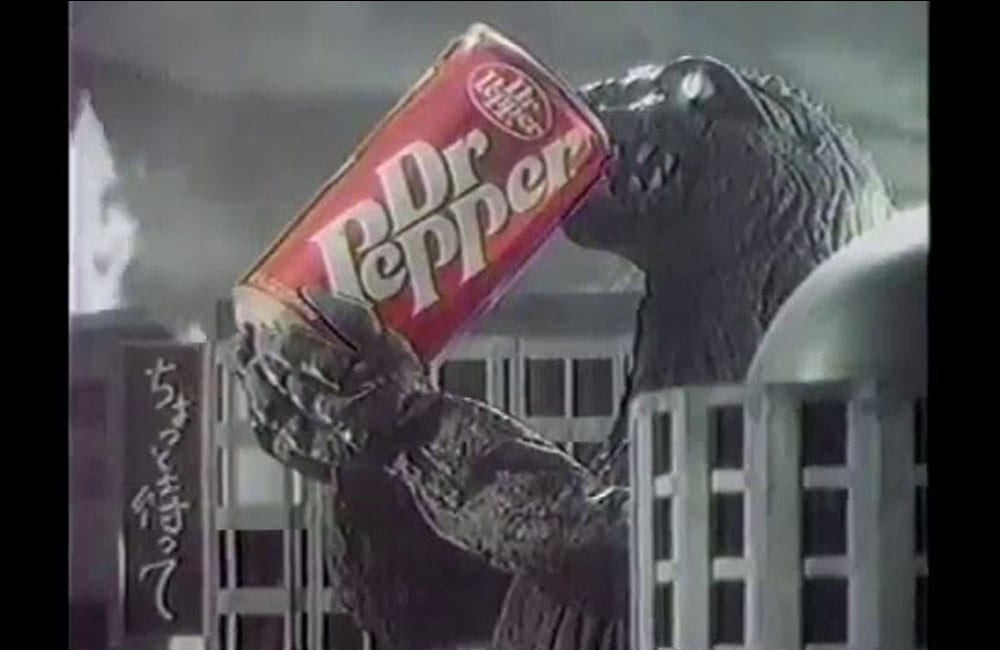 Actor Raymond Burr was told by the marketing director of Dr. Pepper to drink a can in one scene, but Burr refused. Either way, the brand was still prominently featured, generating some great exposure to King of the Monsters fans.

Clark Kent might be known as one of the strongest men in the fantasy world, but even Superman can’t underestimate the value of a good breakfast. In 1978’s Superman Clark is about to head off on a journey when his mom puts some Cheerios down on the table. 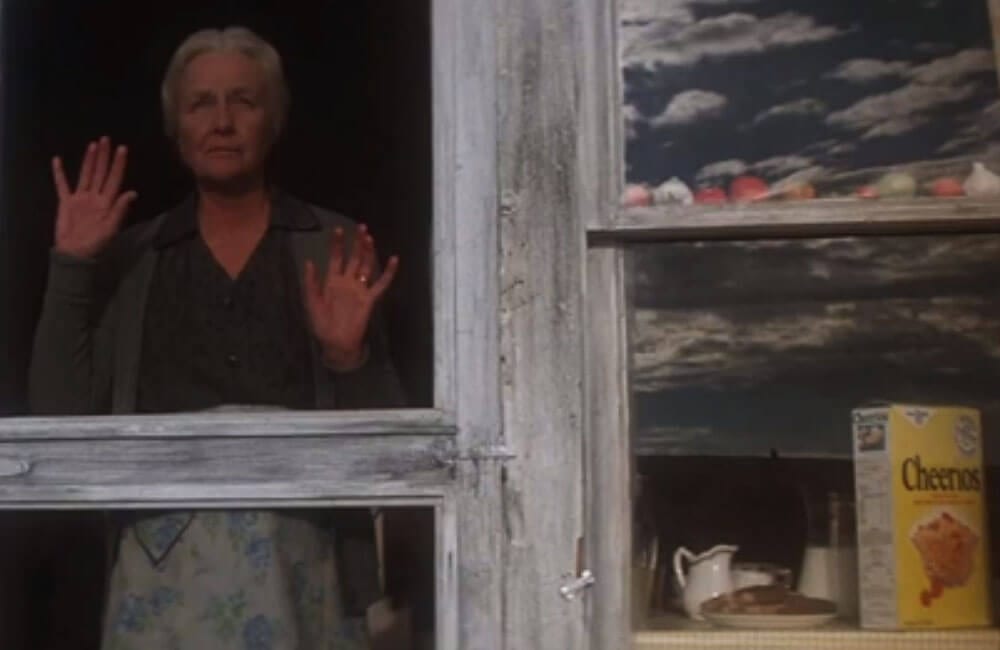 The General Mills brand first hit the market in 1941 as CheeriOats before switching its name in 1945. Although the cereal was well-established by the 1970s, having a superhero as popular as Superman eat it certainly didn’t damage sales.

Mr. Ed ran from 1961 to 1966, but the much-loved series may have never taken off if it wasn’t for the help of automobile manufacturer, Studebaker. The now-defunct car maker went out on a limb when it decided to sponsor the show for the first three seasons, first solo and then as a co-sponsor. 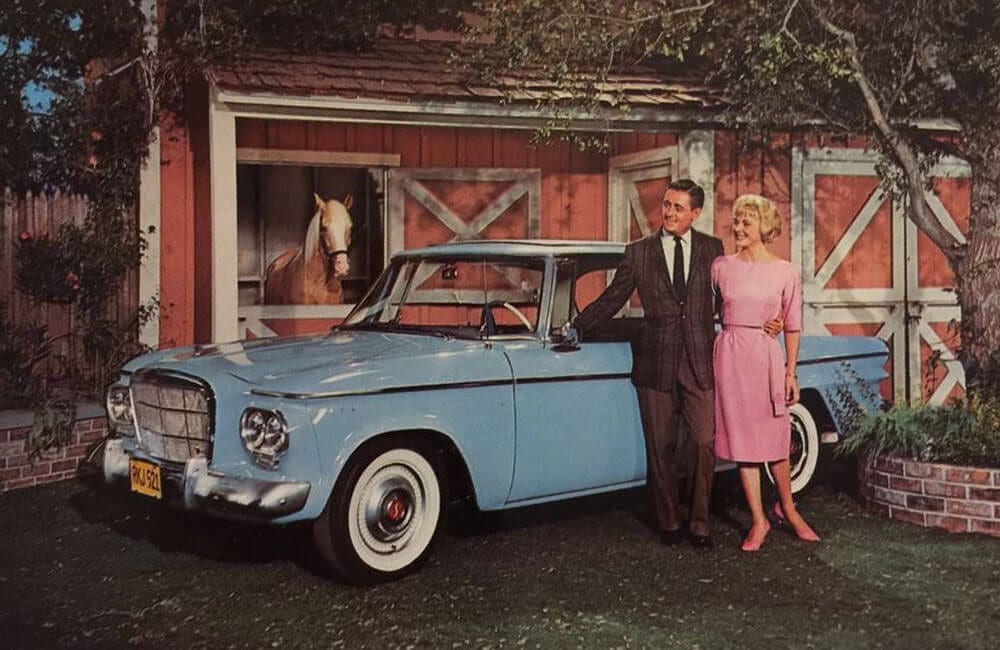 As Studebaker’s first TV sponsorship deal, the company hoped it would help spread the word and increase sales. It did help in the short term, but by 1967 the company was out of the game entirely. The legend of Mr. Ed lives on, but Studebaker has faded into relative obscurity.

It might be hard to believe now, but the iPad hasn’t really been around for all that long. In fact, the first version of the product hit the market back in 2010. Even though it seems like we were never without them, these handy gadgets are still relatively young. 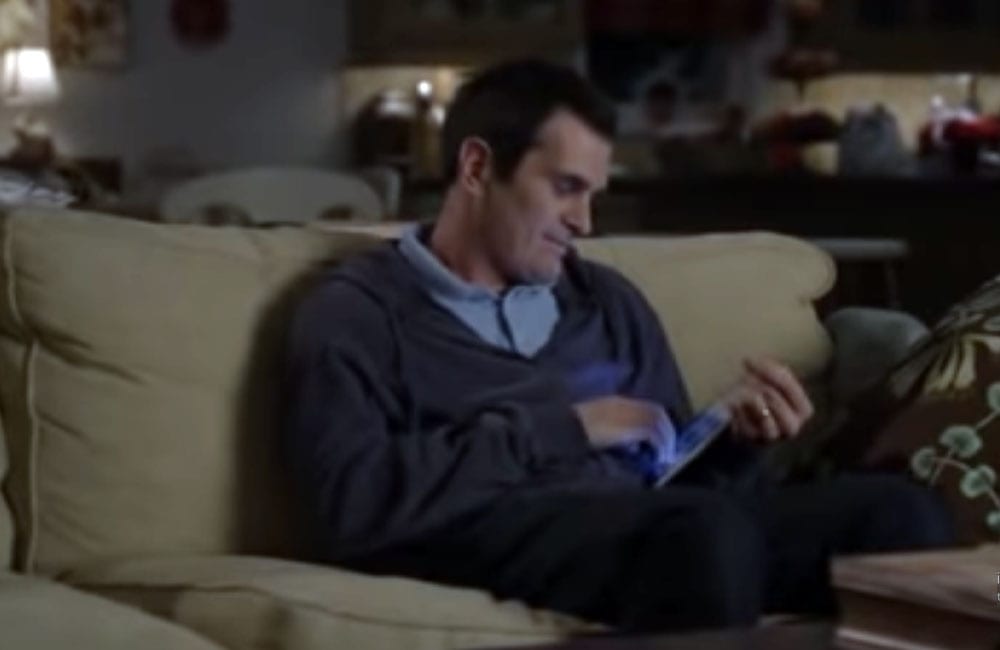 In 2010, Apple reached out to ABC’s Modern Family to strike a product placement deal that would debut the tablet. Writers specifically had Claire try to hunt down an iPad for Phil’s birthday present in one season one episode. iPads went on to become must-haves for families across the world.

Tom Cruise has been a big studio hit for decades now. He may be a Hollywood veteran in 2021, but back in 1990 he was still establishing his reputation as a true leading man in Tony Scott’s Days of Thunder. As with any race car movie, a lot of emphasis was placed on just what the cars looked like. 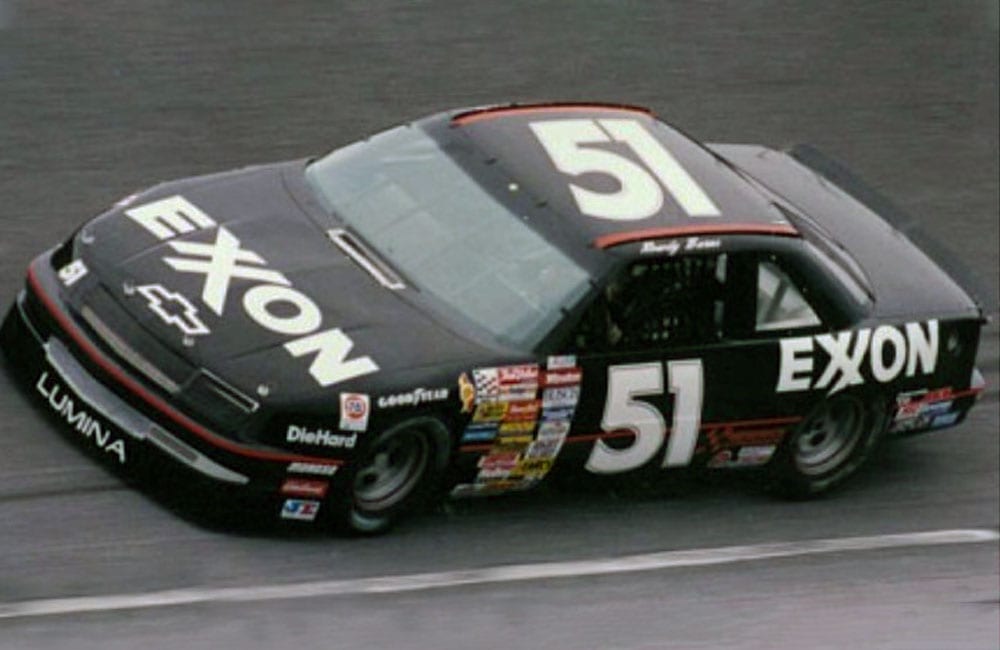 Any true racing fan knows that cars are always covered in the names of sponsors, so it made sense for Exxon to be plastered over the bonnet of one of the vehicles. There’s no missing the company name when it’s so large and in charge – even if it’s whipping past at 100 miles per hour.

Pan Am was first established in 1927 as the largest airline in the United States. It was a huge titan of industry until it eventually collapsed in 1991. A good few years before the company called it quits, it was prominently featured in Stanley Kubrick’s masterpiece, 2001: A Space Odyssey as a titan of the future. 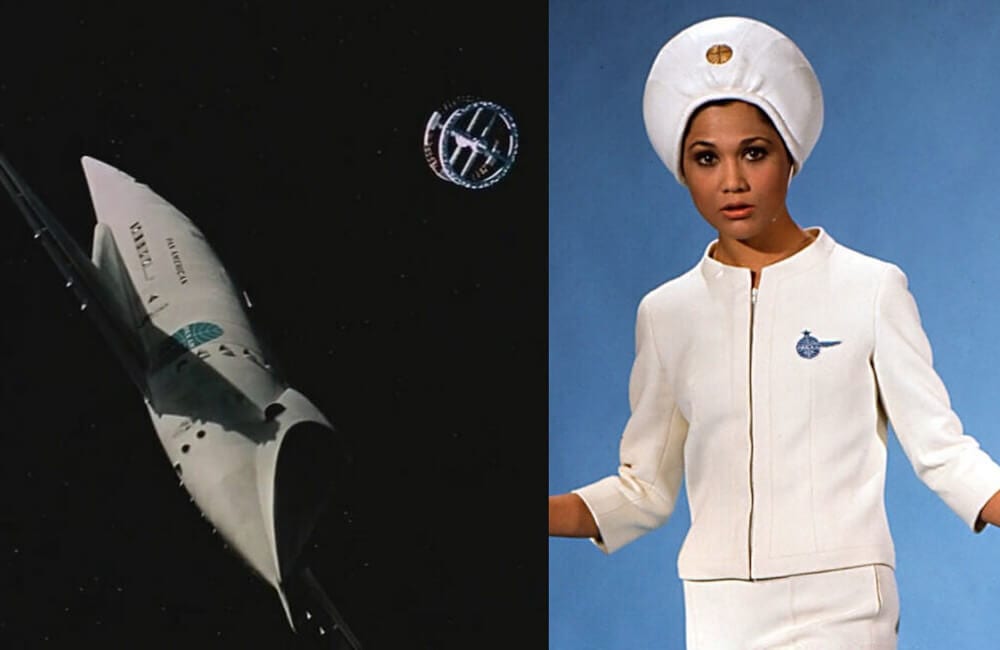 Pan Am in "2001: A Space Odyssey" @dakaridunning / @panamexperience | Twitter.com
Advertisement

A space shuttle with Pan Am branding is seen docking at the International Space Station V, prompting viewers at the time to wonder if the airline would really be that involved in the future of space travel. Sadly, we know now that was a long way off. Just ask Tesla’s Elon Musk.

Three Men and a Baby is a good, wholesome comedy that hasn’t stopped drawing the laughs 33 years after its release. Of course, plenty of baby companies wanted to get their products showcased on a movie that Tom Selleck was headlining, but Pampers won out. 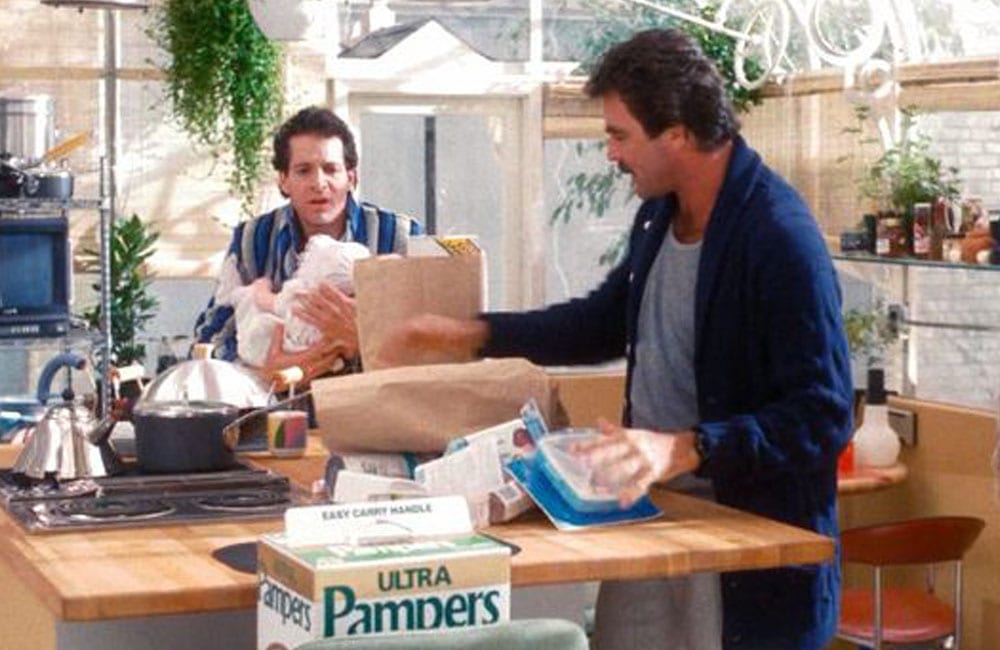 Procter & Gamble paid around $50,000 to be prominently featured in the caper, with boxes casually littered around the apartment in multiple scenes. It proved to be a good move for Pampers as it still remains one of the most loved and well-trusted baby brands to this day.

In the early days of Golden Age Hollywood, the Marx Brothers movies were a big deal. 1932’s Horse Feathers was loved by audiences at the time, with The New York Times stating the movie “aroused riotous laughter” when it debuted to delighted audiences nearly a century ago. 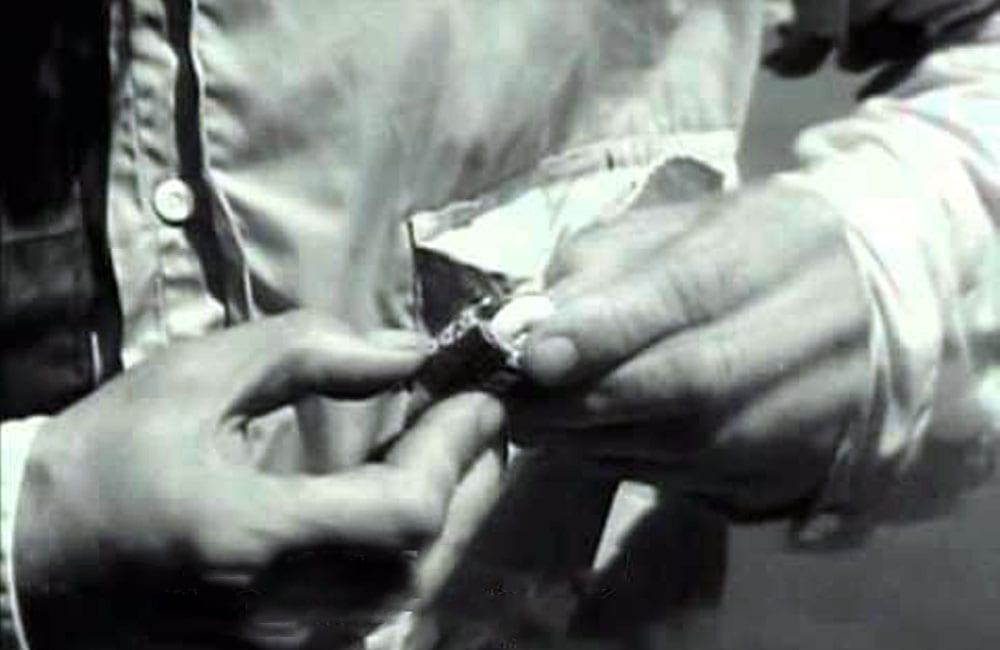 What overjoyed viewers probably didn’t realize was that product placement was very much alive and well, even then. In this instance, a Life Saver got the spotlight when one was thrown to a character in the CBS Paramount Pictures caper. These handy inventions were only 20 years old at this point and had never been seen on screen before.

Stanley Kubrick’s adaptation of Stephen King’s The Shining went on to become a cult hit, even though it didn’t exactly break box office records at the time. Starring Jack Nicholson as crazed writer Jack Torrence, the thriller eventually had a sequel in 2019 titled Doctor Sleep. 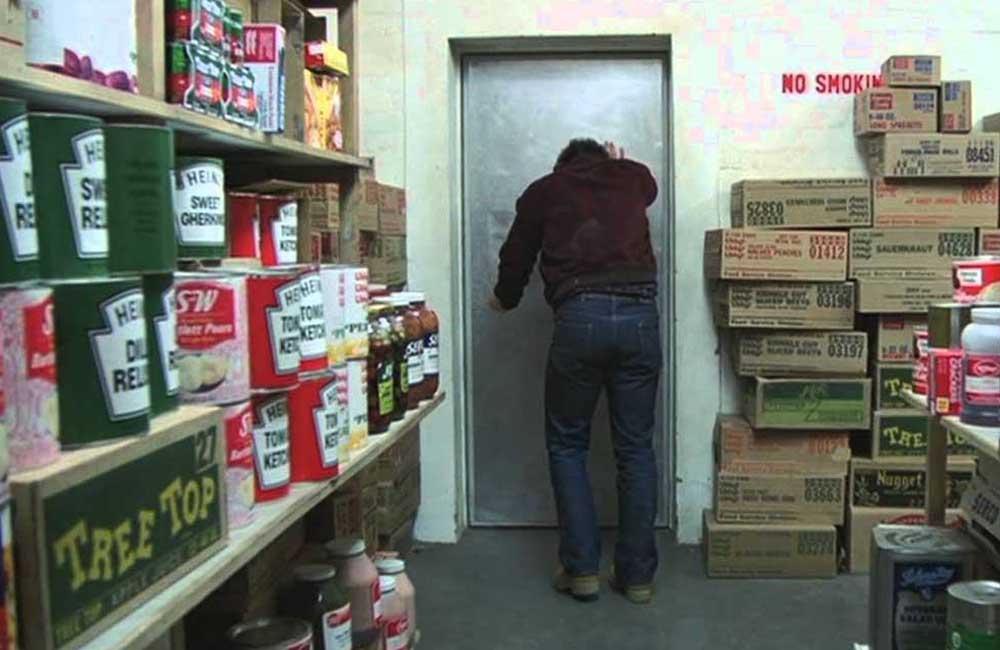 By the time this feature was released in 1980, Kubrick had a reputation as a stirling filmmaker. That being said, it was a shrewd business move for Heinz to strike a product placement deal considering how iconic (and controversial) Kubrick projects tend to be. When Jack is in the store room at the hotel, cans of different Heinz products can be clearly seen stacked up upon the shelves.

When Basic Instinct premiered in 1992 it turned young Sharon Stone into an overnight sensation. Besides that infamous interrogation scene, Stone’s character Catherine Tramell became a style icon thanks to her obsession with high-end fashion, including Hermes scarves. 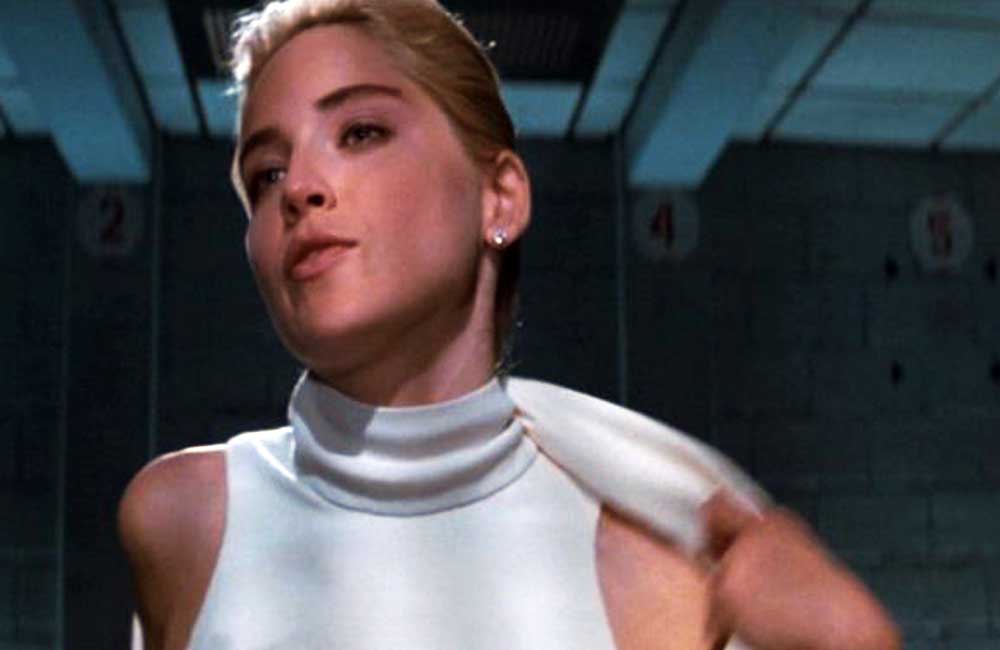 The brand was already worth a pretty penny then, but seeing Stone looking so elegant and cut-throat at the same time while sporting Hermes clearly upped its rep considerably. Hermes now boasts a value of $110 billion.

German thriller M was originally made in the 1930s before getting the Hollywood treatment in 1951. Joseph Losey signed on to direct the American version of the film noir, which starred David Wayne, Howard Da Silva, and Luther Adler. 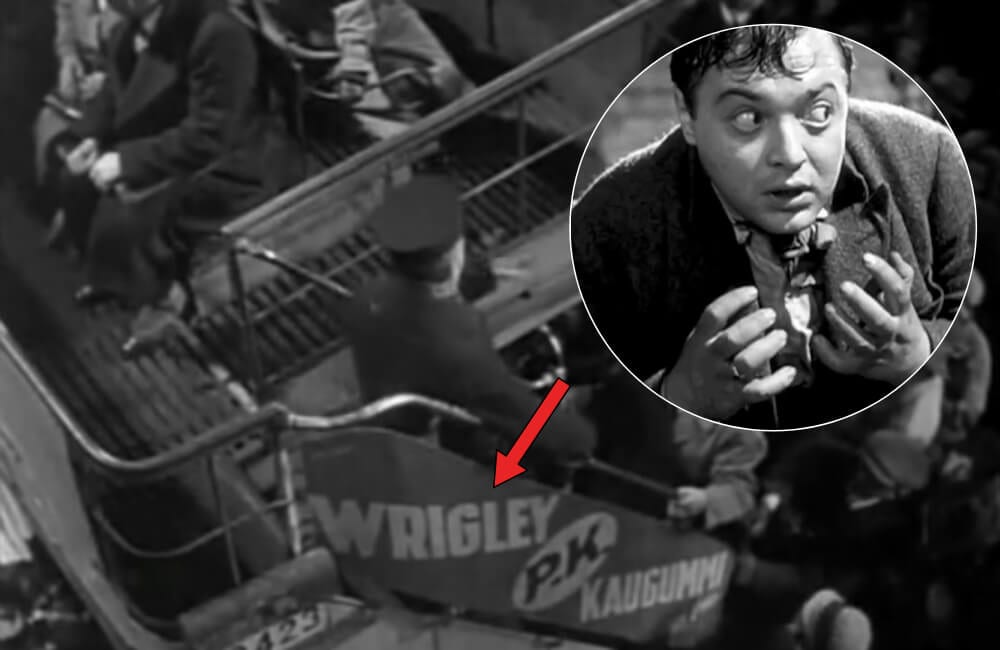 Part of giving the story the American treatment was incorporating brands like Wrigley’s Chewing Gum. Although most audiences probably haven’t noticed, it’s partnerships like this that often kept movies ticking along. Without much-needed finance, no feature would get made. As for Wrigley’s, the company is still going strong today was the world’s most popular brand of gum.