Many brilliant companies – from Apple to Starbucks – have been founded in the United States, starting out as small ventures to become international leaders in their fields. However, the world of business isn’t always as straightforward as it looks. Regardless of how well-rooted a company’s American history is, it doesn’t mean that it will always belong to Uncle Sam.

In fact, many quintessentially American brands are no longer American-owned at all. From Ben and Jerry’s to IBM and Holiday Inn, overseas investors have played a big part in keeping these companies moving forward. Without them stepping in, some of them may have ceased to exist altogether.

Popsicle has such an interesting history that it’s almost Hollywood. The recipe was created by 11-year-old Oakland native Francis Epperson when he accidentally left a drink outside overnight with a stick in it. When he returned to it the next day, it was a popsicle. As an adult, he released the product to the world and it was an instant hit. 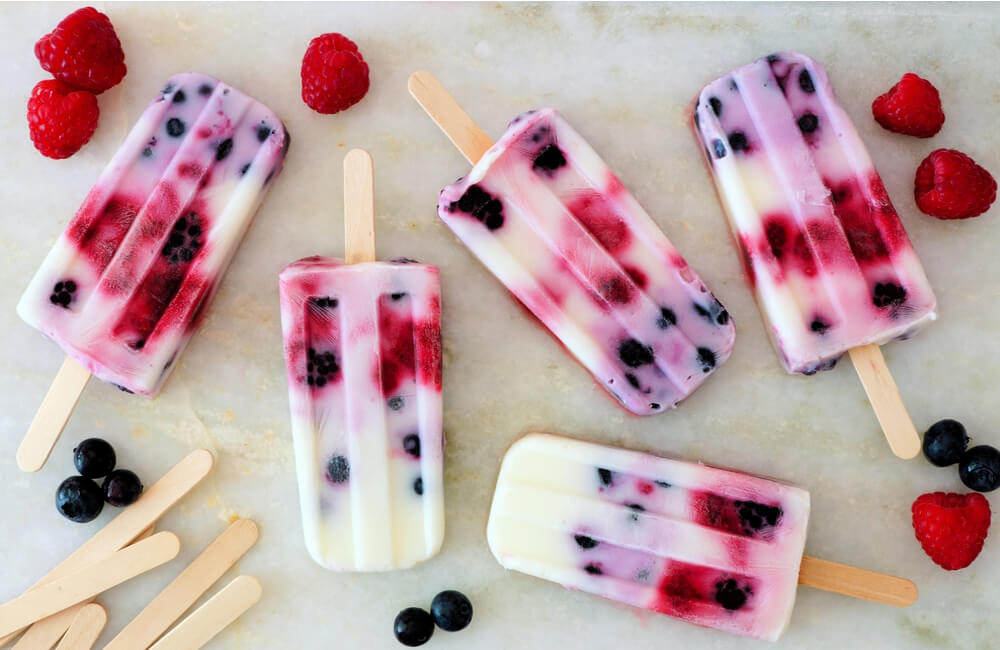 Just three years later in 1925, Epperson sold the rights to the Joe Lowe company, a move which he later regretted, stating “I haven’t been the same since.” Epperson’s rival Good Humor bought the Popsicle in 1989, but by then was a subsidiary of Unilever, making the Oakland-born Popsicle a British-Dutch owned creation.

When it comes to beers, many people assume you can’t get more American than Budweiser. There was a time when that was true, but sadly, the beverage company founded in 1850s Missouri is no longer an American company, even though it says “America” on the can. 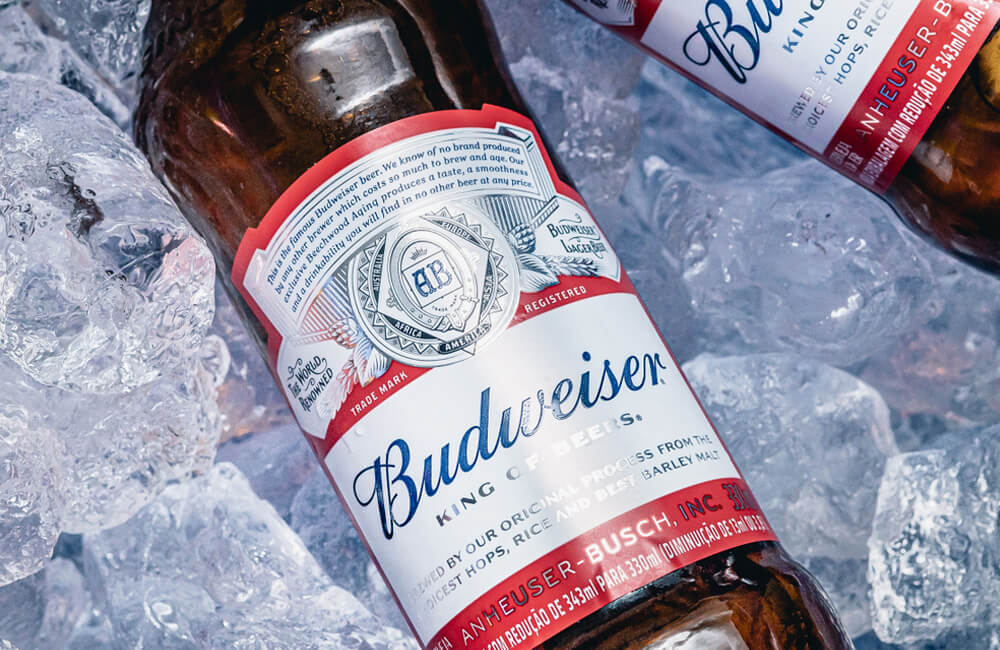 In 2008, the company cashed in when they sold to Belgium beer powerhouse InBev for a whopping $52 billion. Many people don’t realize that Budweiser has an American history now, but not an American future. Luckily, the owners may have changed, but the taste has stayed the same.

Ice cream company Ben & Jerry’s has made a name for itself as a pop-culture staple. The brand is mentioned in countless movies and TV shows as one of America’s most-beloved foods. The origin story is sweet too, with best friends Ben Cohen and Jerry Greenfield opening their own parlor in 1978. 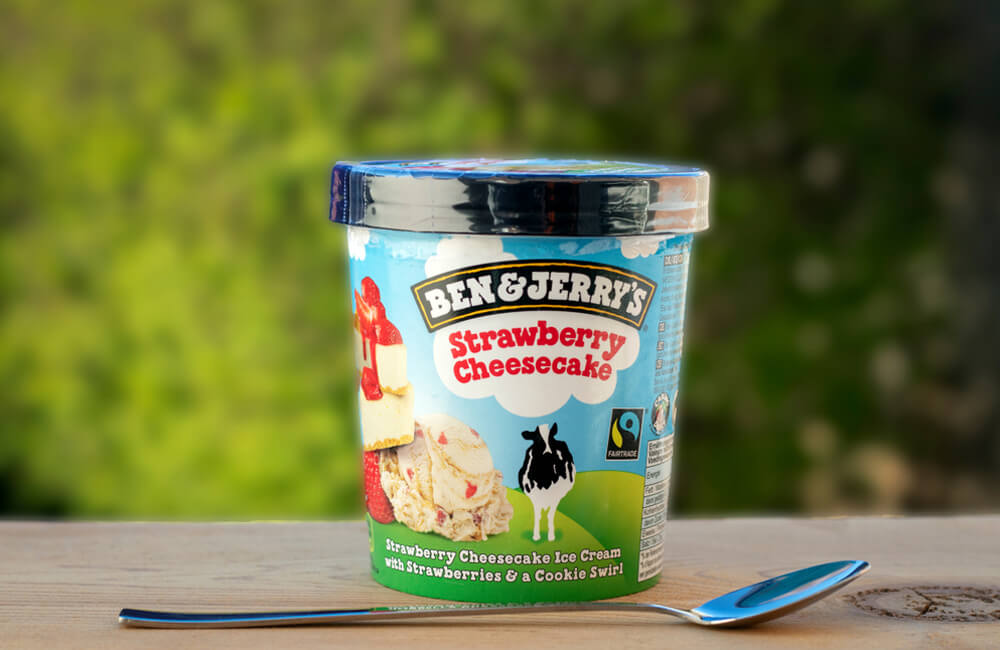 In 2000, Ben & Jerry’s announced it had been bought by London-based conglomerate Unilever. The deal was struck for $326 million, with Unilever being the highest bidder out of three different companies looking to make the takeover. The purchase helped to boost Unilever’s portfolio.

Fast food has long since been an institution in the United States, with many names, including Burger King, making a huge amount of profit. James McLamore and David Egerton first opened their store called “Insta Burger King” in Miami back in 1954. Little did they know they were creating an international brand. 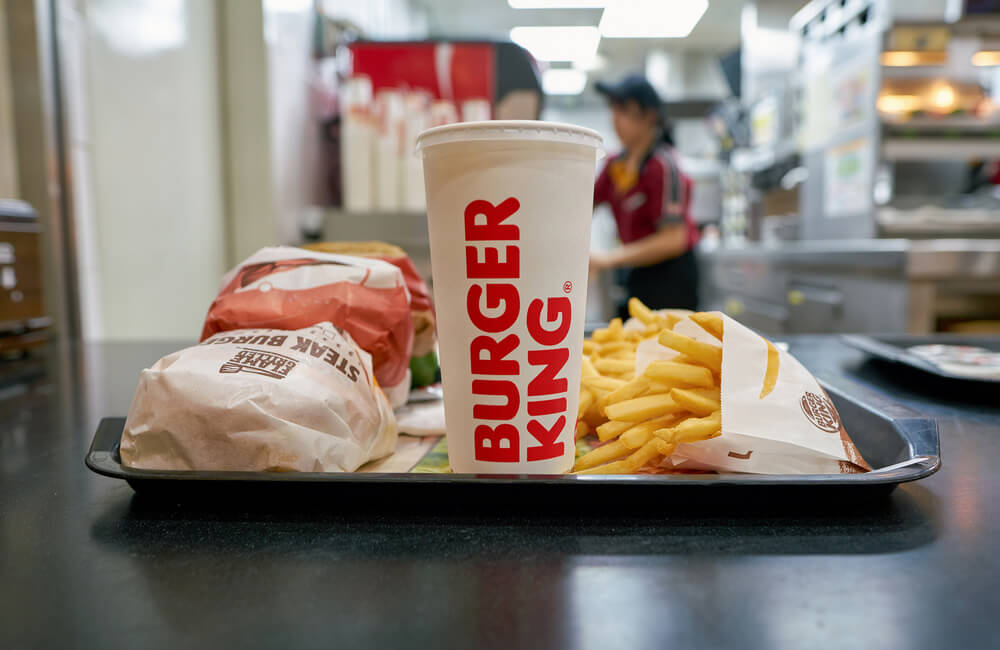 Just over 10 years later, Burger King was sold for the first time. Since then, it’s been owned by several companies. As of 2020, Canadian company Restaurant Brands International is the proud owner of the Big Whopper, which merged with Tim Horton’s. BK still receives financial backing from NYC’s 3G Capital.

Competition in the convenience store sector has always been fierce, especially if it’s located in a heavily populated area. Back in 1967, Joe Coulombe started stocking unusual and hard to come by foods to try and entice customers into shopping with him instead of at 7-Eleven. It worked.

That store is still open today, but Joe sold Trader Joe’s in 1979. The owner of Aldi Nord, Theo Albrecht became the new owner. Aldi is a huge supermarket chain, so the Albrecht’s have a great deal of family money. Theo is said to be worth over $16 billion thanks to his wise investments.

Lucky Strike cigarettes, or “Luckies”, is one of the best-known American cigarette brands there is. Back in the 1930s and 1940s, everyone was smoking Lucky Strikes thanks to its appealing advertising. As a result, the brand was the number one-selling cigarette at the time. 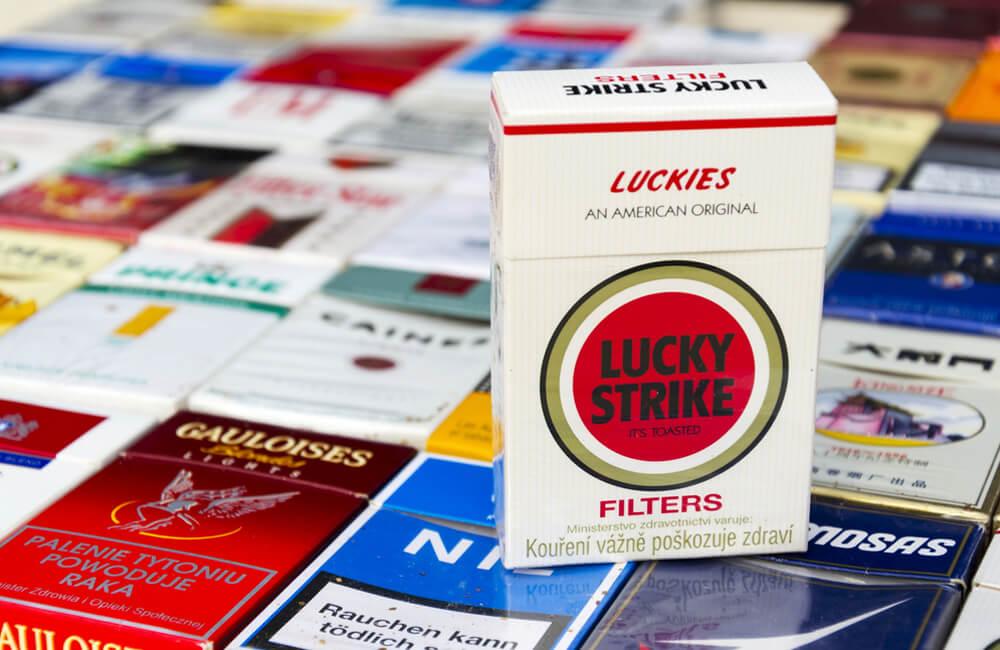 The company first brokered its relationship with British American Tobacco in 1976, before B.A.T then bought its old parent company the American Tobacco Company in 1994 and absorbed both Pall Mall and Lucky Strike. Despite this, the company continues to be considered quintessentially American, thanks in part to shows like Mad Men.

One of the most appealing aspects of clothing retailer American Apparel for consumers was its slogan, “Made in USA – Sweatshop free.” For the conscientious shopper, this was a brilliant brand. Everything went swimmingly for the company up until 2015, when it went bust and scrambled to get back on its feet. 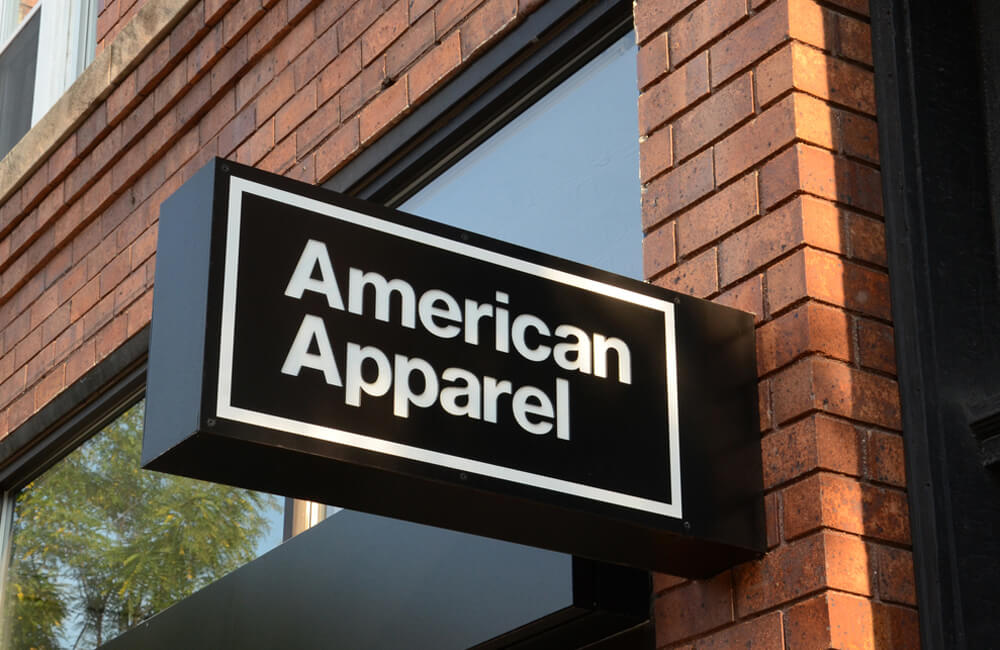 In 2017, Canadian company Gildan Activewear swooped in to save the day, buying the rights to the American Apparel name and buying the manufacturing equipment at the same time. It didn’t come cheap, at a final price of $88 million. Because of this, American Apparel lives to fight another day – only, now it’s Canadian.

Every great company starts with one person and a dream. 7-Eleven was no different. Jefferson Green was just an average guy working for Southland Ice in 1927 when he started to expand his range, providing customers with eggs, bread, and milk. This business model proved popular, especially when he changed the name to 7-Eleven after the store’s opening hours. 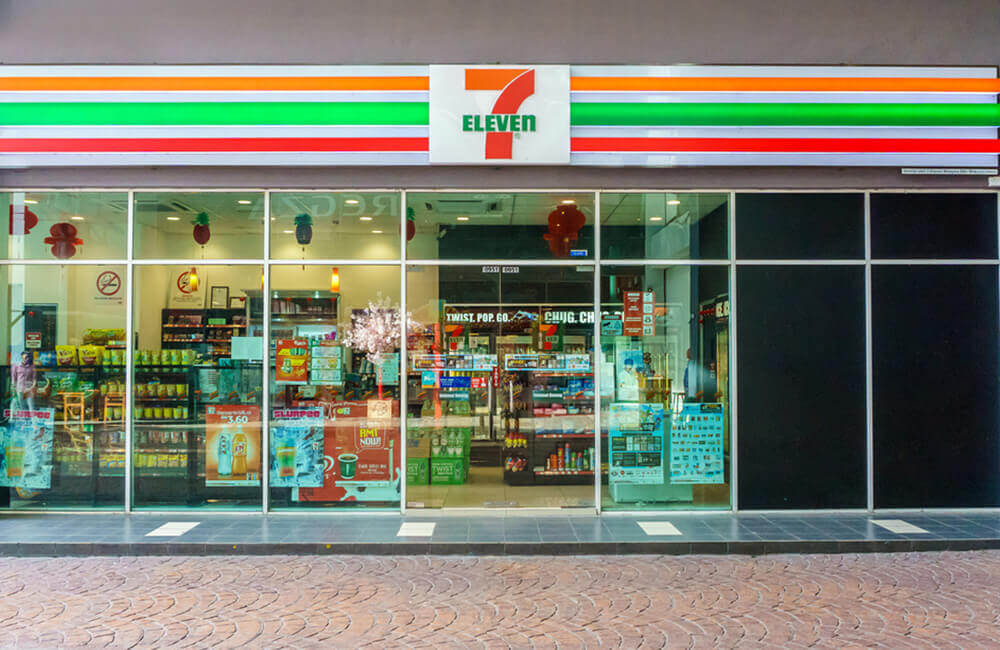 As the decades ticked by, 7-Eleven became a well-known brand in America, with more locations than Jefferson Green could’ve ever dreamed of. However, it didn’t come out of the 1987 financial crash unscathed. Japanese company Ito-Yokado bought it. Now, it’s part of its parent company, Seven & i Holdings.

For eyewear lovers, Sunglass Hut is the one-stop shop to cater to every single need. From clear glasses to tinted, the company has stores in India, the United Kingdom, South Africa, and more. Of course, it originated in Miami, Florida as the brainchild of optometrist Sanford Ziff. 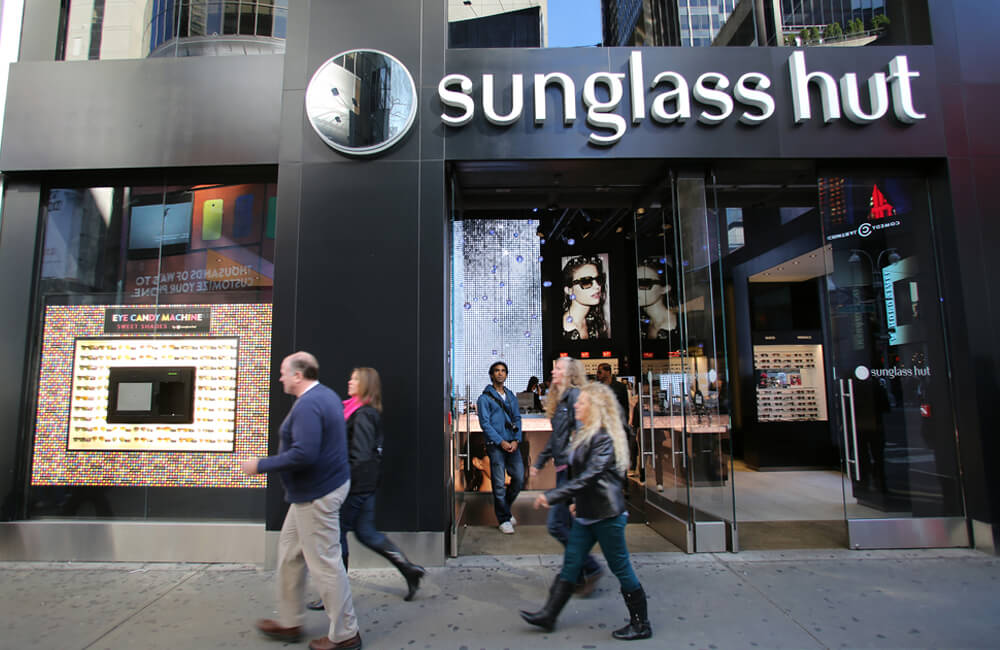 Five years after opening its 100th store in 1986, Sunglass Hut was sold. These days, it’s part of the Luxottica Group who made the purchase in 2001 for an eye-watering $653 million. At the time, over 1,300 stores existed. Now, close to 2,000 exist across the globe, with 81 of these existing in the United States.

It may be hard to imagine now, but back in 1952, Holiday Inn was just a single motel on the way from Memphis to Nashville. Kemmons Wilson first came up with the idea after having a less than desirable experience during a family road trip to Washington D.C. By 1953, Wilson had partnered with Wallace E. Johnson to build more locations. 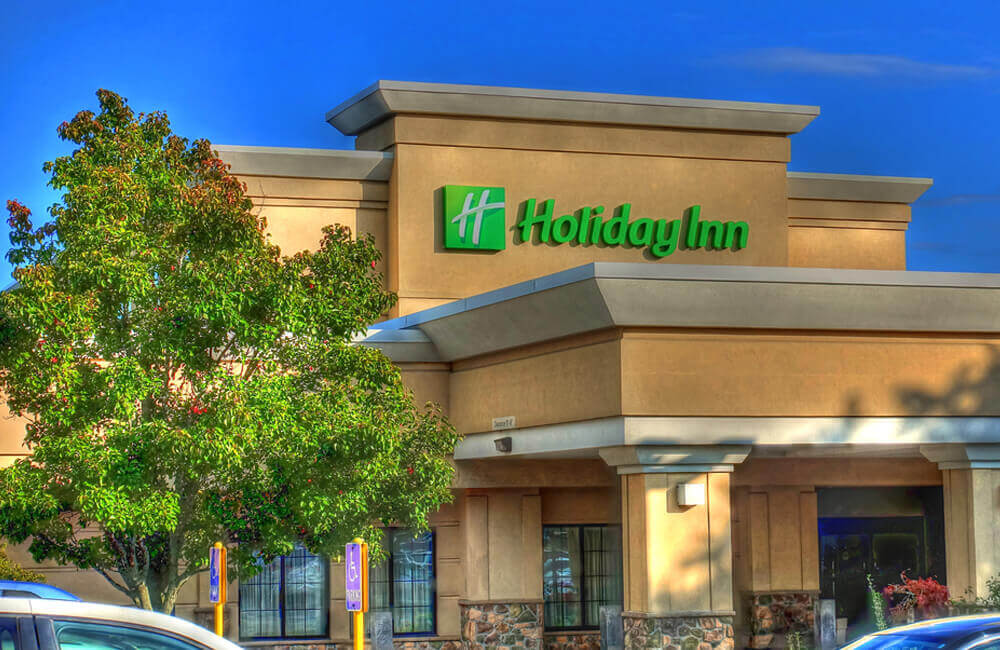 At some point in the late ‘80s, the well-established hotel chain was purchased by an English company called the Intercontinental Hotels Group. Holiday Inn locations have continued to pop up and are still owned by IHG to this day, proving it to be a wise investment.

Hellman’s mayonnaise is a refrigerator staple for most households. There’s one man responsible for that. German-born Richard Hellmann came up with the recipe back in 1905, putting a twist on the French condiment and bringing it into the American market. 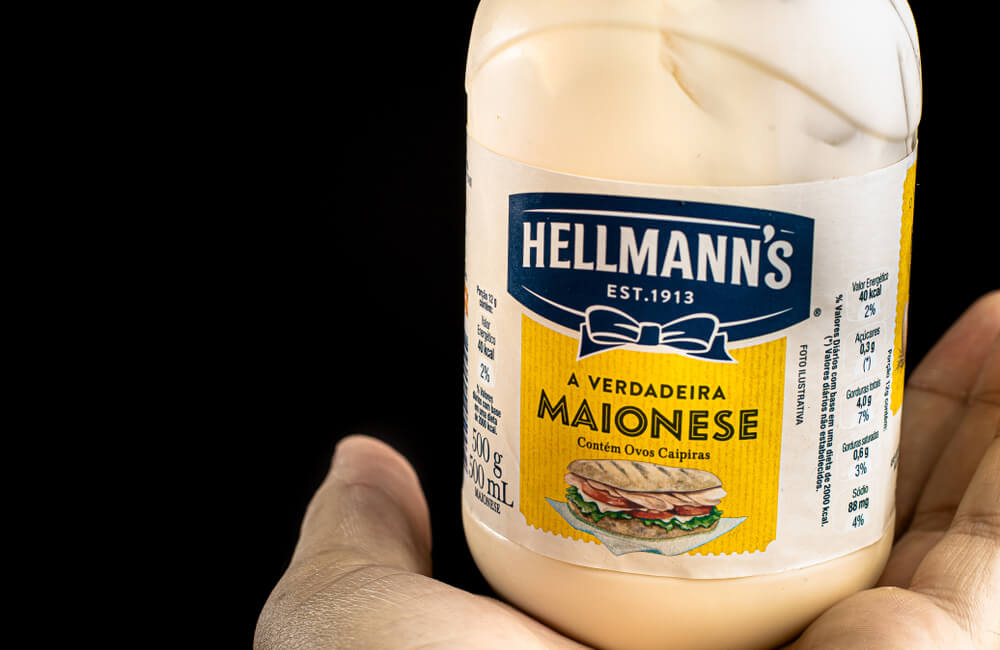 Customers at his delicatessen loved it so much that Hellman sold it alone. By 1932, he sold to Best Foods, where it stayed for another 70 years. By 2000, the company was purchased by Unilever, who spent $20.3 billion on the brand that started out as a simple sauce in New York City.

When it comes to producing pork-based products, Smithfield Foods reigns supreme. The company has been going since 1936 when it was created by Joseph W. Luter and his son. The business grew steadily over the years to become one of the largest in the industry, with over 500 farms in America alone. 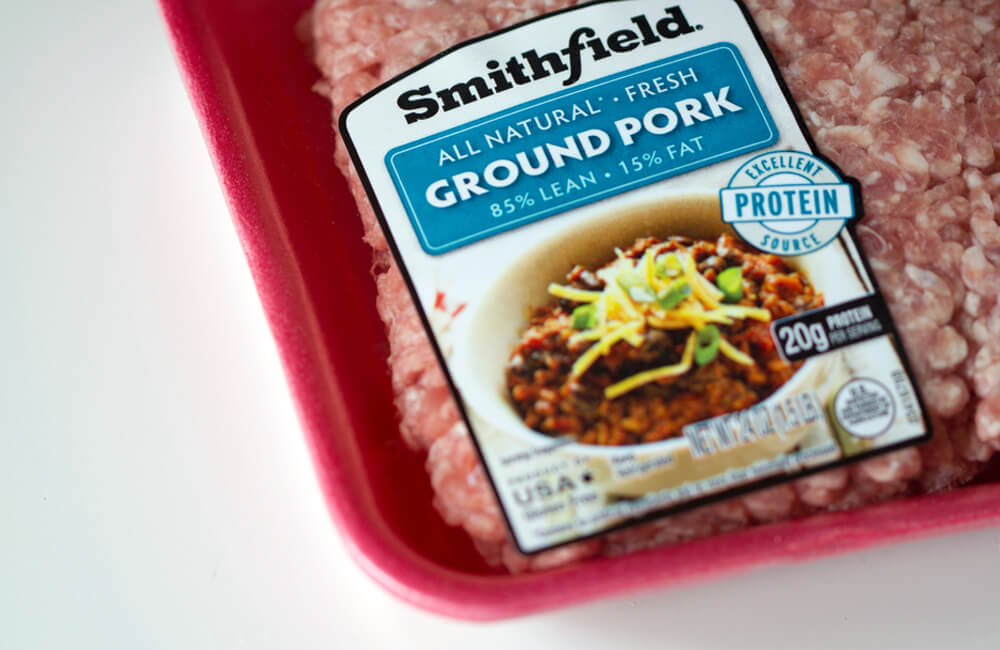 Back in 2013, WH Group bought Smithfield foods for the astronomical sum of $4.72 billion. At that time, it was the most expensive acquisition made by a Chinese company in America. So, while Smithfield’s HQ might be in Smithfield, Virginia, the company is actually run from Luohe in Henan province.

The Ironman competition started out as part of the Hawaii Triathlon Corporation before being purchased by Dr. James P. Gills in 1990. At the time the deal was worth $3 million. Since then it’s become a much bigger entity than it once was. In 2008, it was sold to Providence Equity Securities for a healthy $85 million, before the Dalian Wanda Group came onto the scene in 2015. 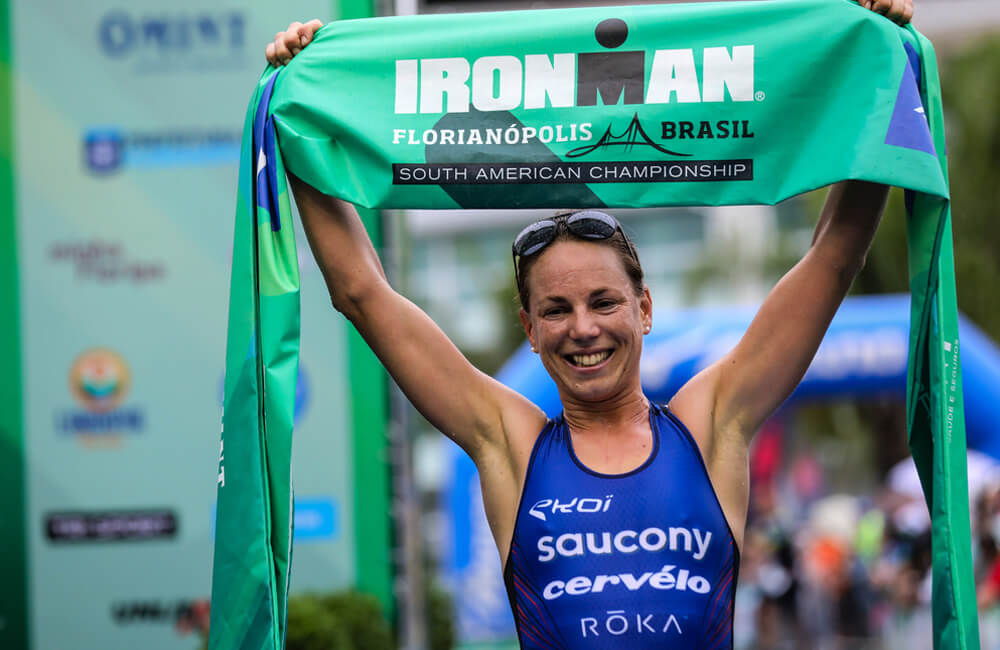 The renowned Chinese corporation bought Ironman for $650 million, even taking on the debt left behind. Although the company was successful prior to the purchase, Wanda was especially happy with the 40% year after year net growth.

The first issue of Forbes was released back in September of 1917. Over the past 102 years, it has grown to become a trusted publication that holds definitive rankings of both companies and celebrities, while also maintaining popular lists like 30 Under 30 and World’s Most Powerful 100 Women. 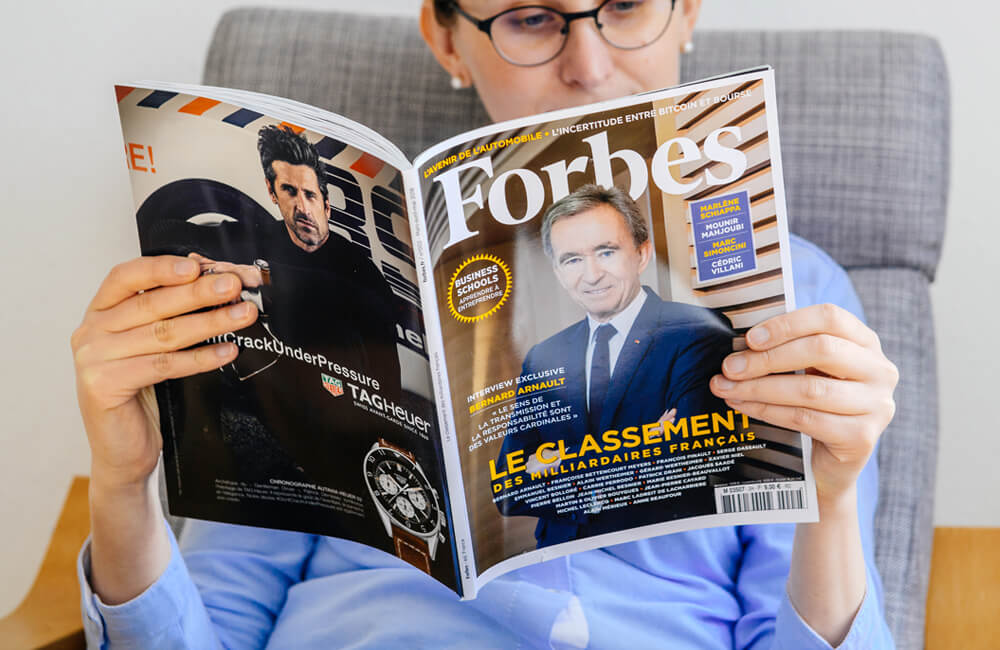 Although it’s often seen as an American publication and it is still operated in the US, the company hasn’t been American-owned for quite some time. In 2014, Hong Kong-based company Integrated Whale Media Investments bought the magazine for around $400 million. However, readers probably haven’t noticed the difference.