India is a spiritual country with thousands of years of rich history and an ever-growing population that has now topped 1.4 billion people. With every twist and every turn that one takes down the streets of Mumbai, Jaipur, Agra, New Delhi, Kerala, or Varanasi, there will be a new surprise waiting.

Whether it’s one of the world’s most recognizable structures, ‘blood rain,’ a floating lake, or one of its 2,000,000+ Hindu temples, India is not lacking for things to see. There’s not enough time in the world to see them all, but let’s take a little time to take a gander at some of the unusual, expensive, and oddly bizarre things that India has to offer.

In the summer of 2020, the world was attempting to cope with an invisible enemy, and vaccines weren’t even a blip on the radar. However, a man from the western Indian city of Prune took the matter of self-protection into his own hands. 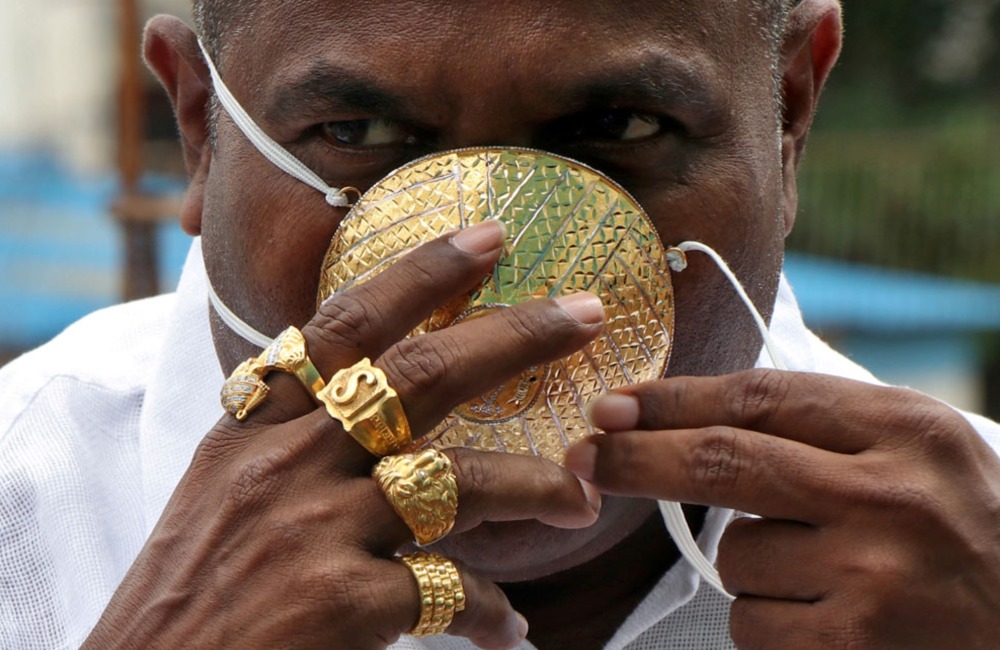 Businessman Shankar Kurhade hired a craftsman to forge him a Covid mask made out of two ounces of the most precious metal around, gold. Shankar says the mask is very thin and has incredible small pores that allow him to breathe easily while wearing his custom mask in public.

The southwestern district of Kerala is known for its beautiful beaches with stunning blue seas, its black sands, and the red rains that have randomly fallen from its skies over the last two hundred years. Since its first documentation in 1818, there have been many theories about what could be causing the ‘blood rain.’ 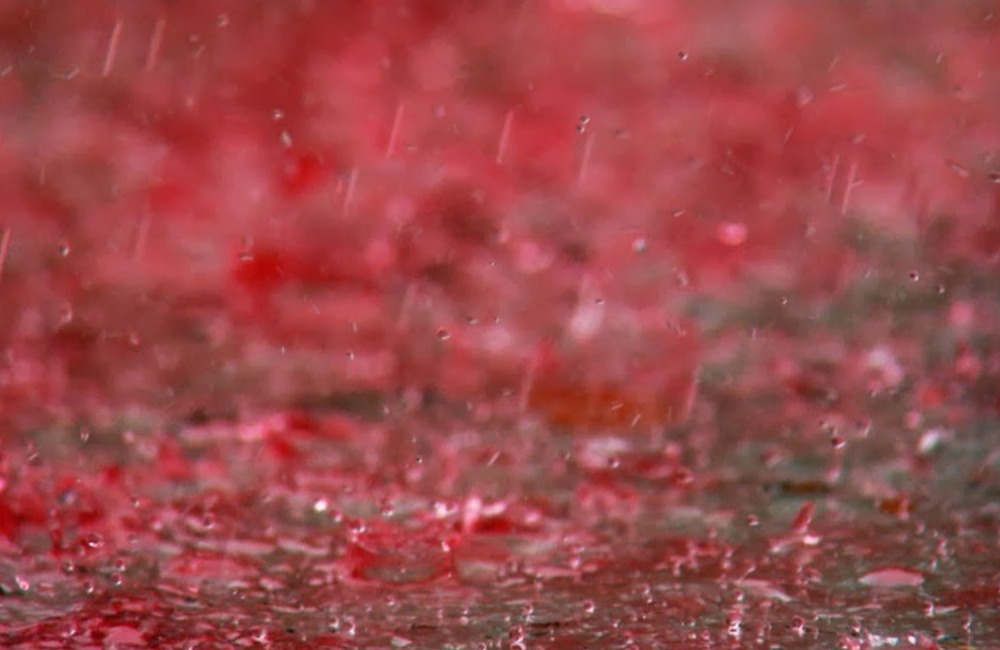 The fallout from a hypothetical meteor burst was one hypothesis that was thrown around for a while. Another is the Hindu belief that when the sky rains blood, those without sin have lost their lives. The Indian government has since come up with a less outer-world explanation — airborne spores from a local strain of algae.

One of the best ways to promote a product is to put it on display for all to see, and that’s exactly what retailers are doing when they dress mannequins in clothing and set them up in all of the store’s best vantage points. The problem is that very few customers are the same size as the dummy on display. 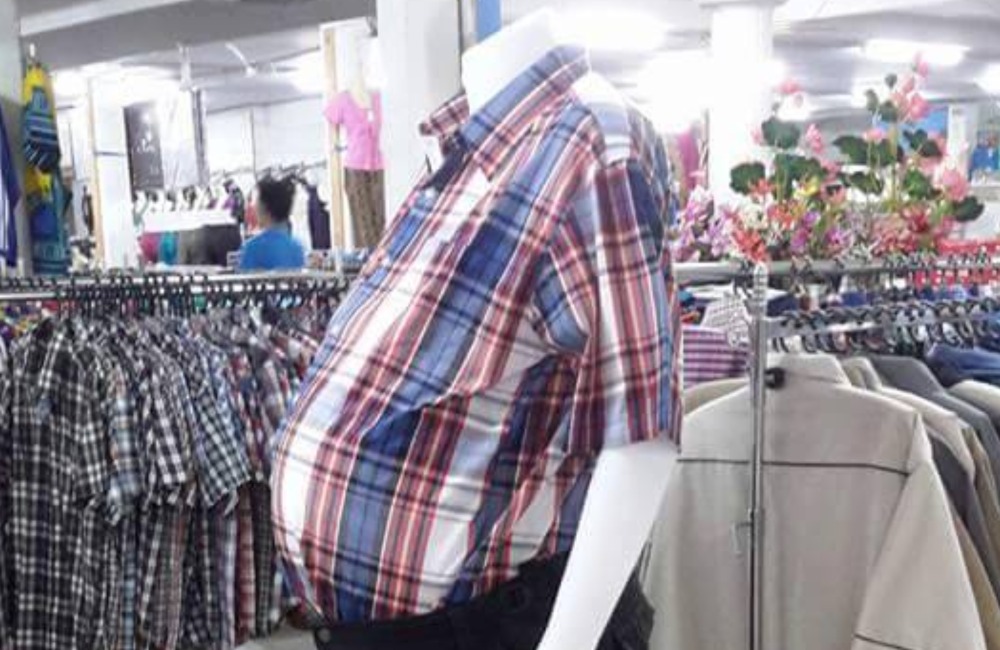 In several major cities across India, shops have begun using mannequins that are much more comparable to the average person’s form than what you’d be used to seeing at Abercrombie & Fitch. The dummies have curves, contours, and ‘dad-bods’ that better understand how well an article of clothing will truly fit.

As more people arrive in a city, the need for additional electric lines because larger. Due to the unimaginable amount of people who live in India’s most densely populated areas, the power lines are every bit of a mess as you could imagine.

There are cables upon cables upon cables, and each of them is intertwined with a half dozen (or more) others. After seeing this, untangling headphone wires doesn’t seem nearly as bad. Considering the constant threat of imminent danger they’re under it’s a wonder how electricians aren’t one of the most revered professions in India.

Amongst the many historical wonders that India is known for are the incredible mosques, temples, and tombs that have become symbols of the nation over the years. There are more than two million Hindu temples (and another 300,000 Muslim mosques) in India, including 23,000 Hindu temples in the riverside city of Varanasi alone.

To put things into perspective: there are more Hindu temples in India than there are people in any one of Bahrain, Estonia, or Latvia. However, when looking at the fact that India’s Hindu population makes up almost 80% of the country’s 1.4 billion people, two million temples actually seem reasonable, if not too few.

Millions of historical structures in India have been around for hundreds (if not thousands) of years. However, lost in all of this history are the modern accomplishments of this great nation. For instance, in the far north of the country is the highest rail bridge in the world. 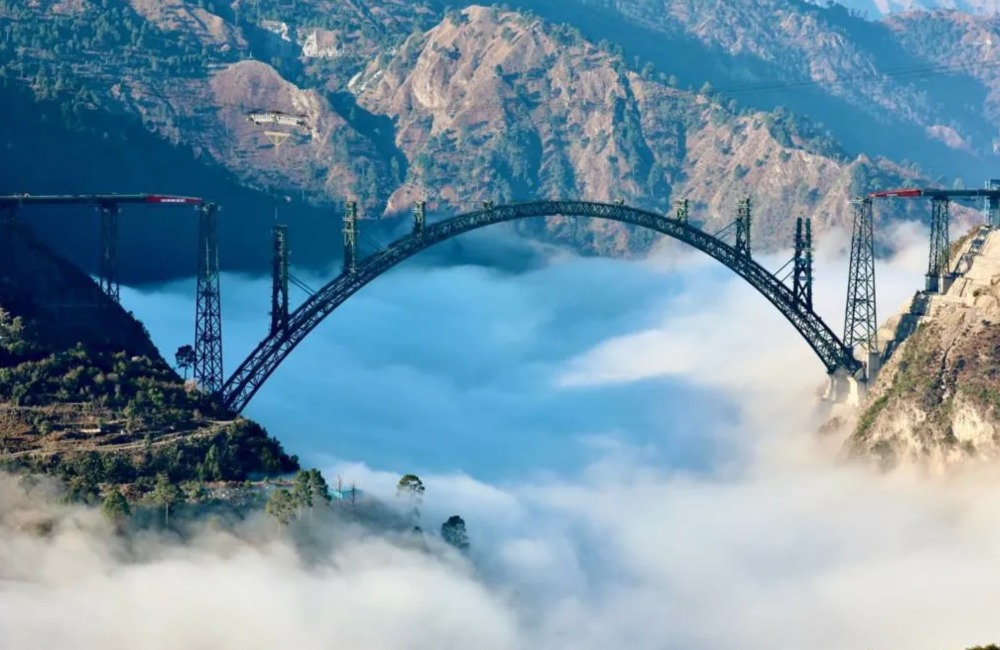 Construction of the bridge began in 2004, and if all goes well, commuters will be able to cross the Chenab River that lies between Bakkal and Kauri (via train) from 1,178 feet above. The views of the landscape range from the Chenab Bridge are sure to take anyone’s breath away.

Built on top of 67-square-feet of marble in the mid-1500s, Sri Harmandir Sahib (the Amritsar Golden Temple) is the top spiritual shrine in the Sikh religion. The temple draws visitors from across the globe, but not everyone goes there for religious reasons. 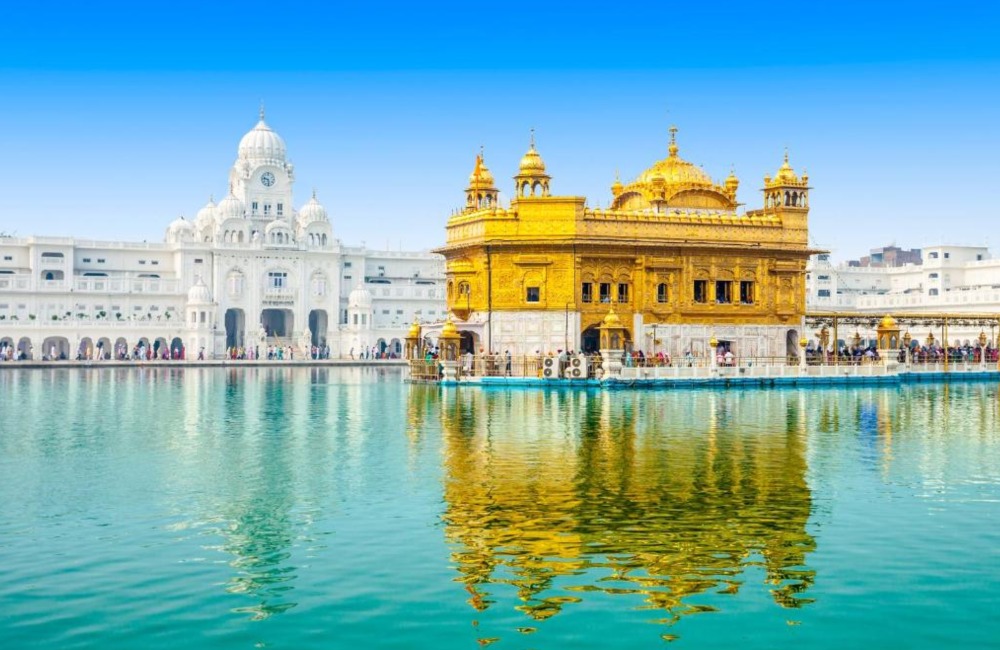 The Amritsar Golden Temple has an open-door policy for people of all beliefs (or lack thereof). Visitors are welcome to explore the temple and wonder at the 880 lbs of 24-carat gold leaf that gave it its majestic appearance. Moreover, the temple provides free vegetarian cuisine to 50,000+ visitors every day.

If you thought the hall monitors at school were annoying, you ain’t seen nothin’ yet. Several of the major cities in India have employed Nuisance Detectors whose jobs are to ticket people for, you guessed it, causing a nuisance. A handful of nuisances are focused on more than the others. They are the ones that obviously cause a disturbance to the general public. 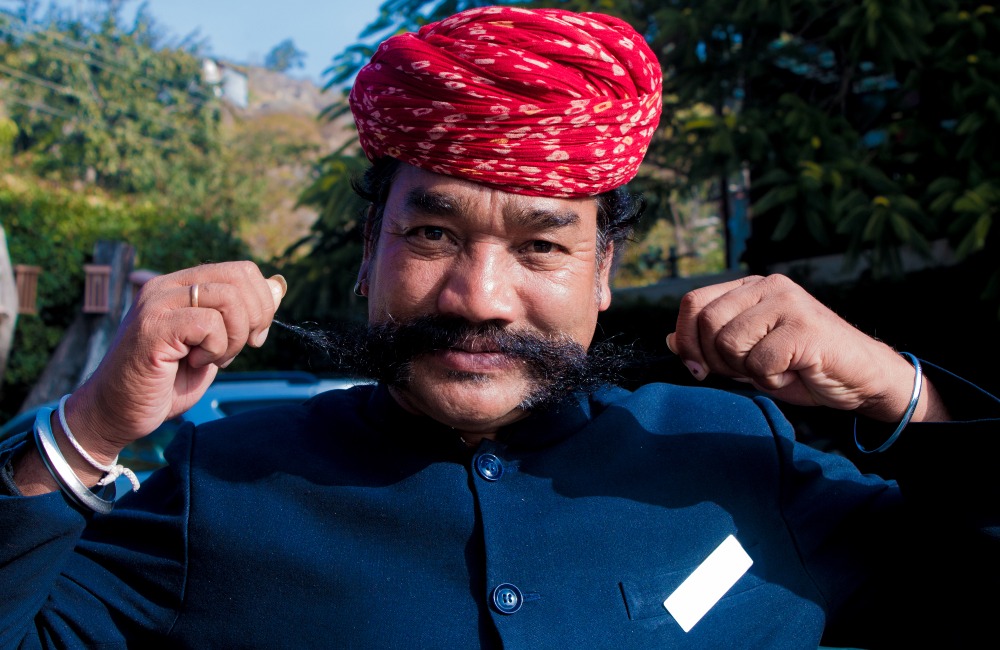 Urinating and defecating in public both qualify as punishable nuisances, as does fornication (of any kind). As made famous by the government in Singapore, spitting in public is also considered to be a nuisance in India.

The Goud family from Hyderabad has invented what they claim to be a home remedy “miracle cure” for asthma. They won’t tell doctors what’s in it, nor will they let it be taken for testing, but they do claim a 100% success rate if the “treatment” is followed to a tee. 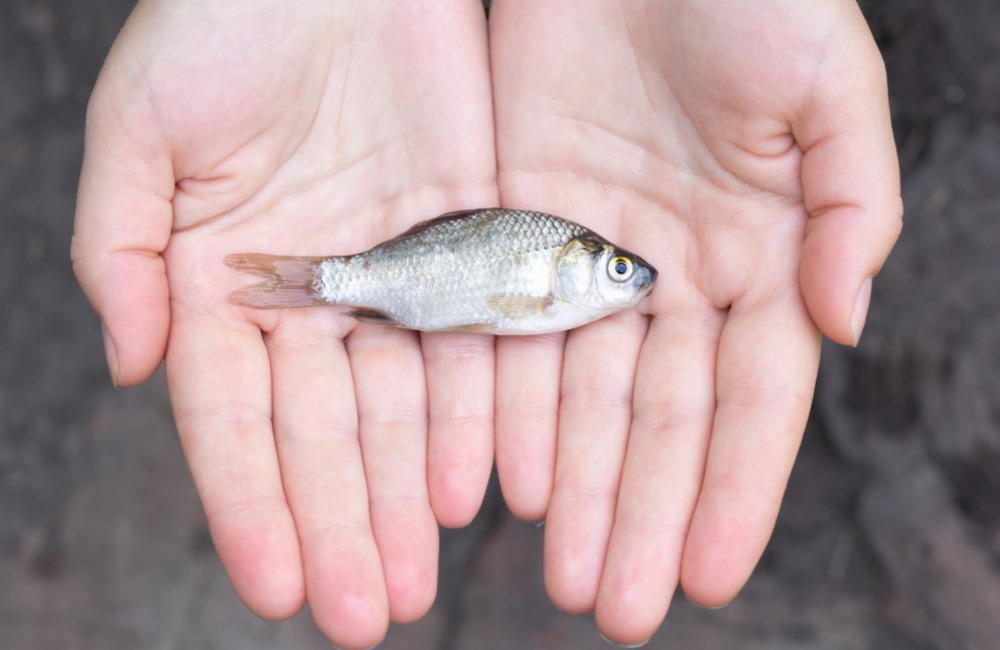 All you have to do is show up for treatment at the start of the monsoon season each year (for seven years), and swallow a small live fish that’s been attached to a ball of yellow paste (with undisclosed ingredients). Then you have to eat nothing but dried mango, rice, sugar, spinach, lamb, and 20 other very specific ingredients for 45 days. Sounds easy, doesn’t it?

In the southern central village of Channapatna, a temple was built next to the Goddess Kempamma’s temple (the deity whom the villagers revere the most) in 2010 because the Goddess is said to have visited a man in his dream and bade him have it done. 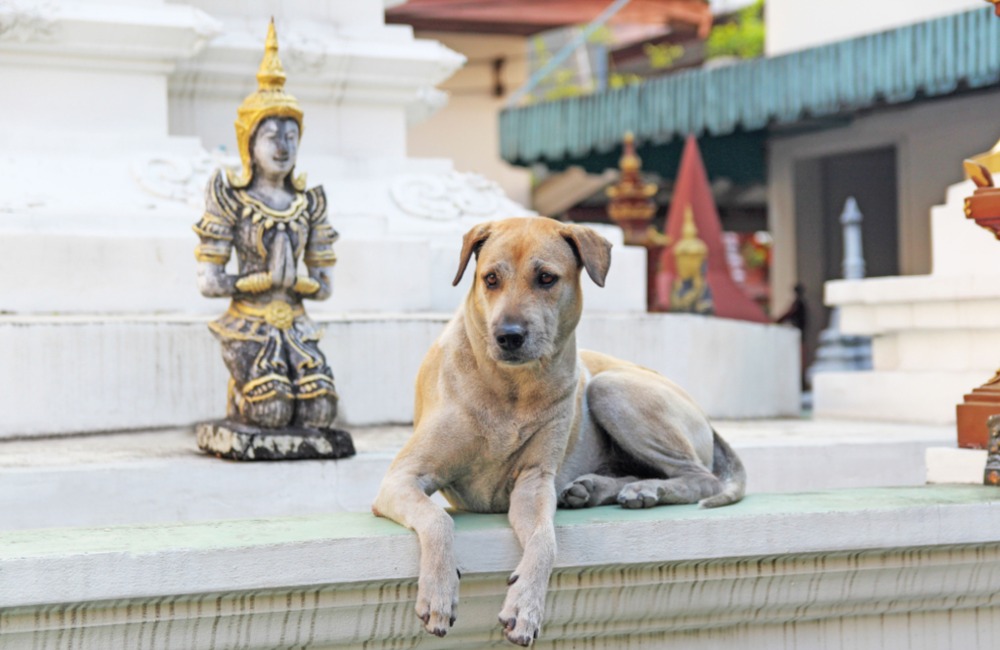 The new temple was built in honor of two of the village’s dogs, who had vanished without a trace. Statues of the missing dogs now stand proud within the temple’s walls, and every year Channapatna holds a festival that celebrates the lives of the lost dogs.

Northern Australians have cyclone season, Americans from the southeastern States deal with hurricane season, and India is hit with monsoonal rains. The main difference between the three is that most of the houses in India are not built well enough or in safe enough places to protect them from annual flooding.

The monsoons season, and the flooded living room that comes with it, are something that the locals have grown accustomed to. It shows up every May/June and stays until September/October, so the best thing to do is get a good pair of swim shorts and a comfortable pair of Crocs because it’s going to get wet.

Found in: Various Rivers and Lakes Across the Country
Est. Cost: N/A

Anytime an elephant is involved, there is the chance that something could go terribly wrong, and elephants happen to be around quite a bit in India. Miraculously, not nearly as many elephant accidents occur as one would expect, but that’s not for lack of unsafe practices. 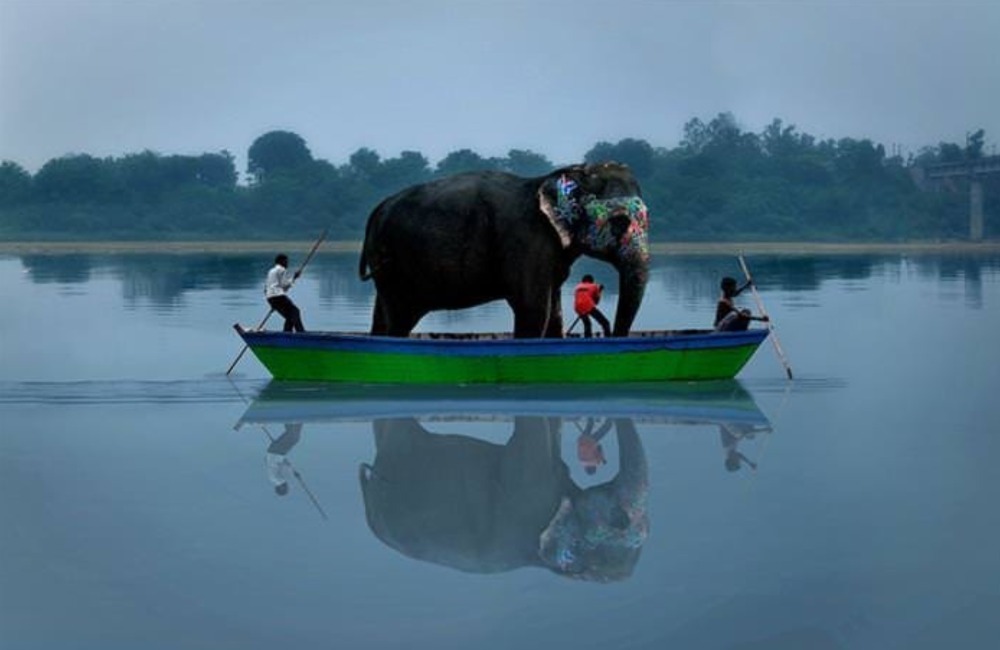 Transporting an elephant can’t be easy, but they seem to have mastered the craft in India. Whether by truck, train, or even boat, the people of India have come up with creative ways of moving Earth’s largest land mammal from point A to point B in the most efficient manner.

The Taj Mahal is arguably the most well-known structure in India and one of the most recognizable in the world. Not long after the Taj was built, a smaller, less impressive, but still extravagant structure was erected 615 miles southwest of the original. It’s called Bibi Ka Maqbara, or the ‘Mini Taj.’ 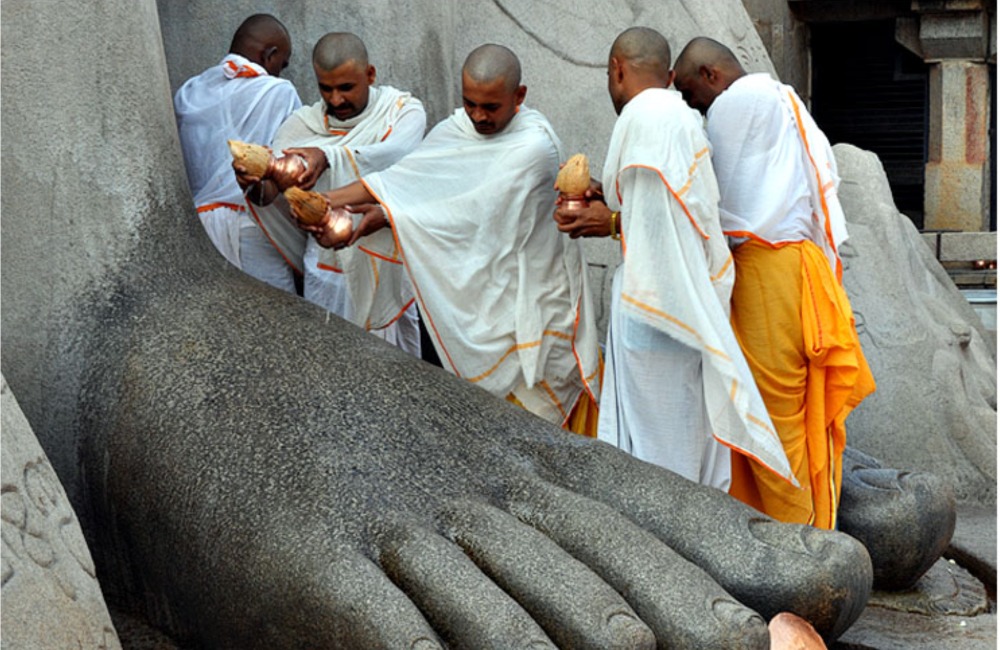 The ‘Mini Taj’ was, in fact, commissioned by the son of Mumtaz Mahal (the woman for whom the Taj Mahal was built), Mughal emperor Aurangzeb. Following in his father’s footsteps, he also built a shrine for the love of his life, his wife, Diras Banu Begum. A shrine that cost approximately $8,700 to build in 1660.

For as far back as the written records go (and even further back, still), camels have been integral to human survival. They have been the helping hands that have (literally) carried civilizations on their backs through harsh climates and terrains. At times, they’ve been the sole companion of a lonesome traveler. In Bikaner, Rajasthan, the people have found a way to celebrate all that these “Ships of the Desert” have done for us. 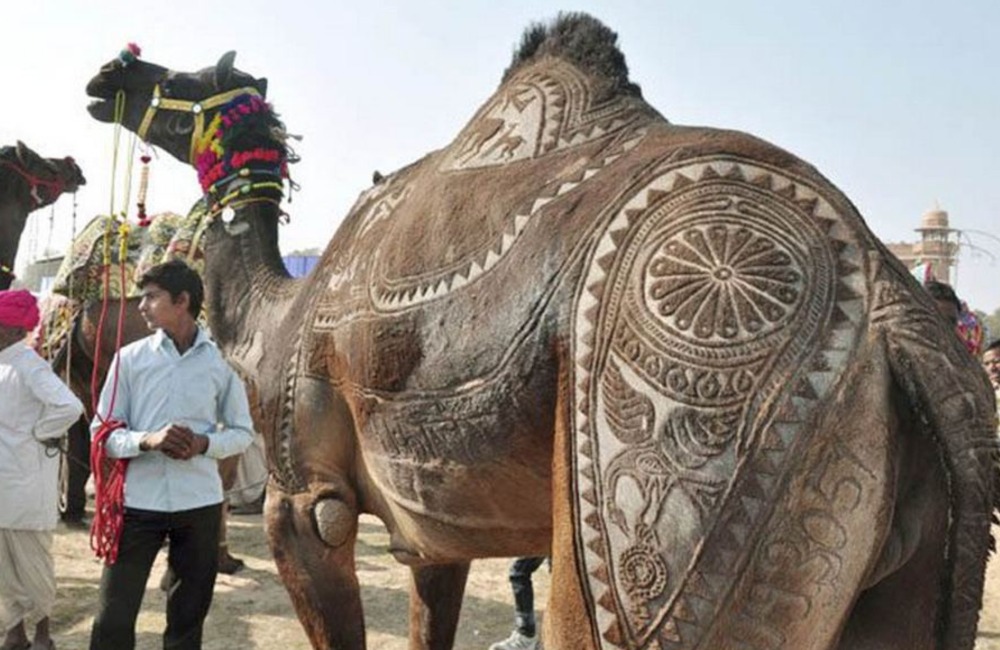 They bring in the new year by hosting an annual International Camel Festival every January. The highlight of the festival? The beautifully adorned camels, of course. They’ve been dressed by their people and given artistically marvelous haircuts as well.