Fashion and celebrity have gone hand in hand ever since newspapers were in print. Fans have always been heavily influenced by what their idols wear – and for good reason. After all, why wouldn’t we want to emulate icons like Kate Moss, Audrey Hepburn, and even Elton John?

On the flip side, designers stand to make a serious amount of money from trends that skyrocket. All it takes is one A-lister to be spotted wearing an item for it to sell out within hours. Some of these celebrity-started trends might be questionable now, but at the time they were making designers money hand over fist!

When it comes to fashion, Rihanna is a true pioneer. The “Umbrella” hitmaker has always been a trendsetter, so it’s hardly surprising that some of her choices are a little out there. A few years ago, RiRi sported Gucci socks with white heels. Although not everyone could afford the $1,340 pair of socks Rihanna had, it became a firm trend that has yet to die out.

Multiple stars have since shared similar looks to Instagram of themselves wearing socks with fancy shoes. What would have once been considered a fashion faux pas was made a chic power play thanks to the singer.

There is no doubt that Madonna is one of the most famous pop stars in the industry and considering that she has been active since the early ’80s she’s certainly influenced numerous fashion trends. One of them is wearing underwear as outerwear which used to be scandalous but the singer made it acceptable. 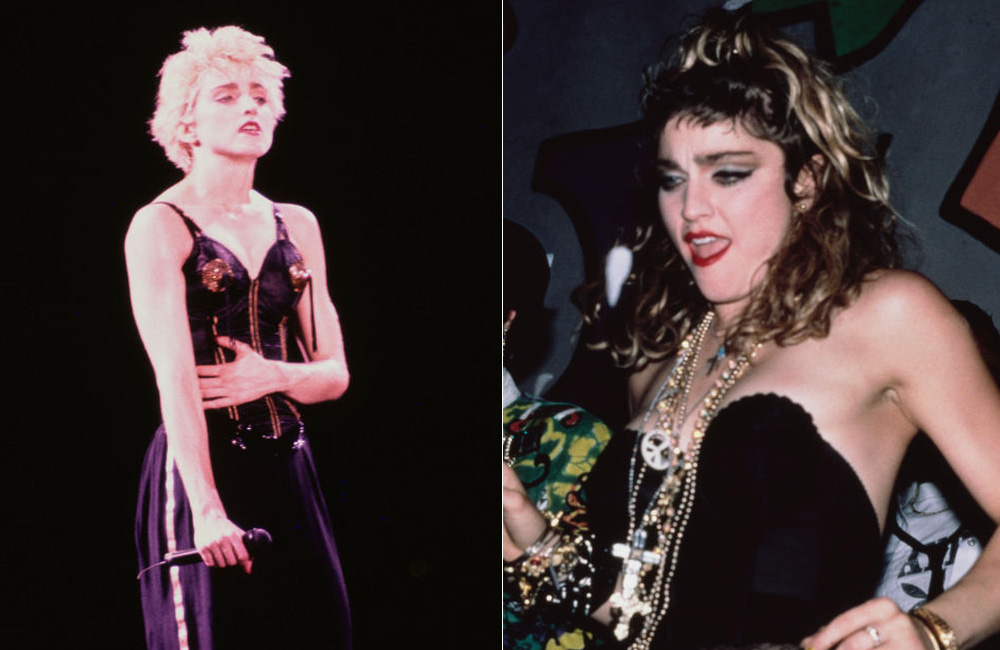 In the ’80s, Madonna was frequently spotted wearing corsets and bralettes as tops—whether it was on stage or during a fun night out. The look was quickly copied by her fans, and today wearing underwear as actual clothes is definitely not that uncommon. After all, plenty of underwear tops are too cute not to be seen!

The impact that the entertainment industry has on the fashion industry can never be underestimated. Sometimes, it’s characters that create trends just as often as the actors that play them. Before Sex and the City aired in 1998, few knew who Manolo Blahnik was, let alone what the designer sold.

Carrie Bradshaw changed all that. Her love affair with the footwear savant turned the brand into a household name. Sarah Jessica Parker carried this relationship over to real life and now, Blahnik is a high-end designer worth over $200 million. Blahnik doesn’t owe everything to HBO, but it certainly elevated his business to a new level.

Birkin bags were created in the ’80s by the French luxury brand Hermes and since then they’ve become a symbol of wealth and style. The tote bags are handmade and they are named after actress and singer Jane Birkin.

The price of a Birkin bag starts at around $11,000 but most sell for hundreds of thousands of dollars. The Birkin has been trendy for decades and one “diamond-encrusted design” is even priced at $2 million. When it comes to the rich and famous, you’re not someone until you own a few Birkin bags in your closet.

In the late 90s and early 2000s, Destiny’s Child were known for their incredible outfits which were the work of Beyonce’s mother Tina Knowles. A big part of their look were bandanas, and Beyonce was frequently spotted rocking bandana tops during performances.

As the 90s have been making a comeback for years now, it’s not surprising that bandana tops are becoming increasingly popular again. While one can actually tie a bandana and wear it as a top, it is probably more secure to get an actual bandana top with straps that will ensure everything stays in place. Beyonce is a true fashion icon and now owns her own uber-successful brand, Ivy Park, that’s worth millions of dollars.

Legendary singer George Michael was also known for his brave fashion choices and one of them was rocking only one earring. The singer was often spotted with a cross dangling off his left ear, and he quickly became known for the look. 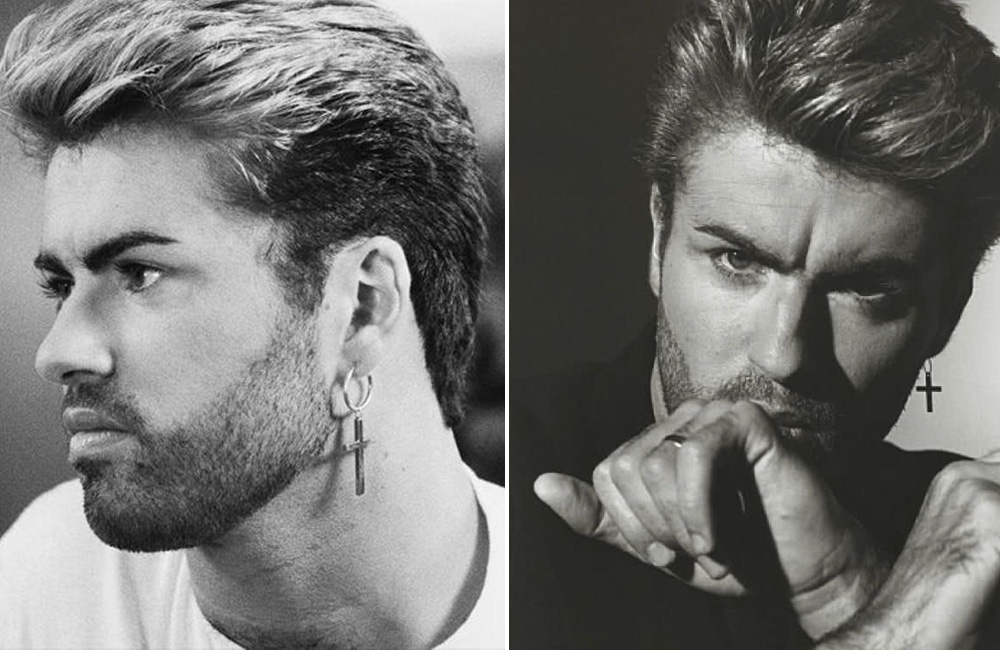 While wearing one earring definitely isn’t too common, some other artists seem to have taken inspiration from George Michael’s look. Colombian singer J Balvin and Puerto Rican rapper Bad Bunny are only two contemporary stars who also frequently rock just one earring. While not everyone can pull the look off, the Latin stars definitely do!

Since rising to prominence in the ‘80s, Johnny Depp has remained one of Hollywood’s most talked-about stars. It may not always be for the right reasons, but Johnny knows how to steal headlines and has topped his fair share of best-dressed lists.

The former Disney actor loves a sharp suit, but his heart belongs to his collection of hats. Depp has been spotted wearing several Fedora hats over the years, inspiring tons of would-be heartthrobs to hop over to Stetson and purchase their own. After all, imitation is the sincerest form of flattery – and hatmakers certainly aren’t complaining about the free PR.

Jackie Kennedy was captivating to many people, some of which found her more thrilling than her husband, President John F. Kennedy. The young brunette brought a much-needed element of glamor to the White House. Jackie became well-known for her influence on fashion, including her pillbox hats, designed by Halston.

Many Americans and beyond rushed to buy similar hats at the time, helping the designer to achieve legendary status. Roy Halston may have passed away in 1990, but the brand still lives on, although it no longer sells hats. Vintage Halston pillbox hats can still be found on eBay though, at a cost of around $300.

Small sunglasses were a huge hit in the ’90s and in the past couple of years, they’ve had a comeback thanks to models like Bella Hadid and Kendall Jenner who were frequently spotted wearing them. With this trend, the tinier the lens the trendier you are.

While tiny sunglasses don’t really give you much protection from the sun, they are definitely a stylish accessory. In fact, Hadid and Jenner like wearing them a little bit lower on their noses so that they are technically looking over them. This trend is definitely better suited for those days when you don’t actually need a pair of sunnies.

Once upon a time, Nicole Richie was best-known for being Paris Hilton’s BFF thanks to their MTV show, The Simple Life. After she departed from the series, Richie soon carved out a reputation as a style aficionado. She was photographed several times wearing an Alexander McQueen skull scarf, which piqued the interest of fans. Before long, skull scarves were being sold in mall stores for those that couldn’t afford the $200+ price tag. 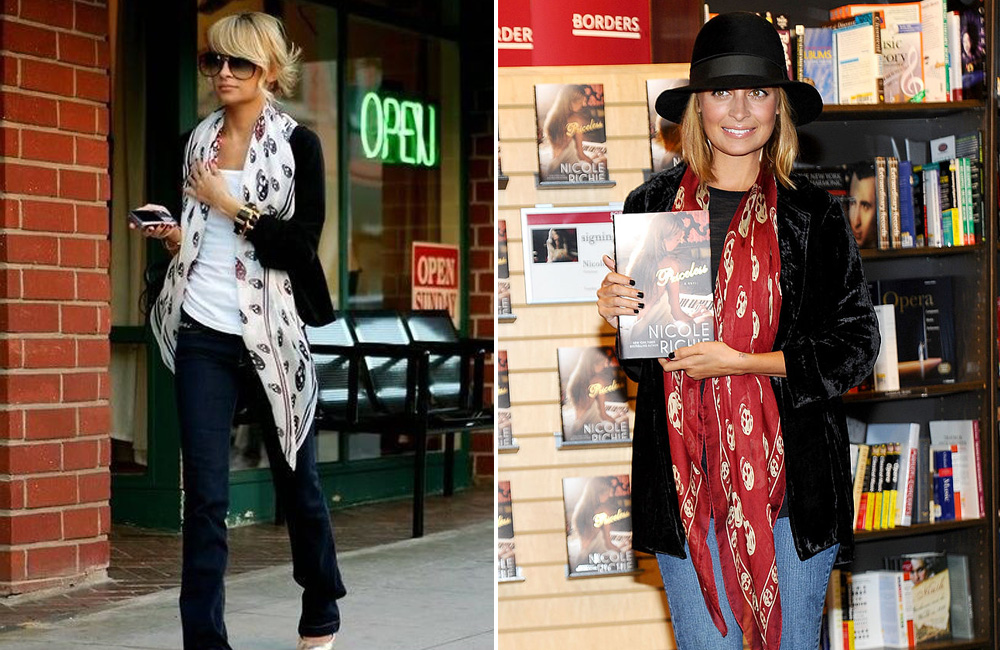 Alexander McQueen skull scarves are still on sale today, but the accessory isn’t anywhere near as popular as it once was around 2010. Needless to say, Richie did the designer a solid by sporting the product, likely making McQueen a pretty penny.

It’s hard to believe that Avril Lavigne had her breakthrough way back in 2002, entering a female pop-punk niche that was vastly underrepresented at the time. Not only did fans fall for her music, but they fell for her unique sense of style, too.

Suddenly, girls of all ages were walking around wearing ties with tank tops and carrying skateboards. It’s not known where Avril bought her ties during this era, but we do know that affordable brands started carrying them in their accessories sections almost immediately. This was one early noughties trend that proved to be incredibly lucrative.

Crocs might be one of the most polarizing items of footwear ever to hit the market. Although the company is now worth $4.2 billion, there are still those out there that wouldn’t be caught dead in a pair of these comfortable kicks. The brand has been around since the early noughties and believe it or not, has had famous fans since the beginning.

Early celebrity pioneers of Crocs include actor and rocker Jared Leto and the one and only Adam Sandler. Sandler loved them so much that he even wore them to the red carpet premiere of Sony’s The Longest Yard in 2005.

Capri pants became trendy in the late ’50s and early ’60s thanks to the actress and Princess of Monaco Grace Kelly who was often seen wearing them. Capri pants are longer than shorts but shorter than trousers and for most people, they cover about three-quarters of their legs. This style of pants was named after the Italian isle of Capri. 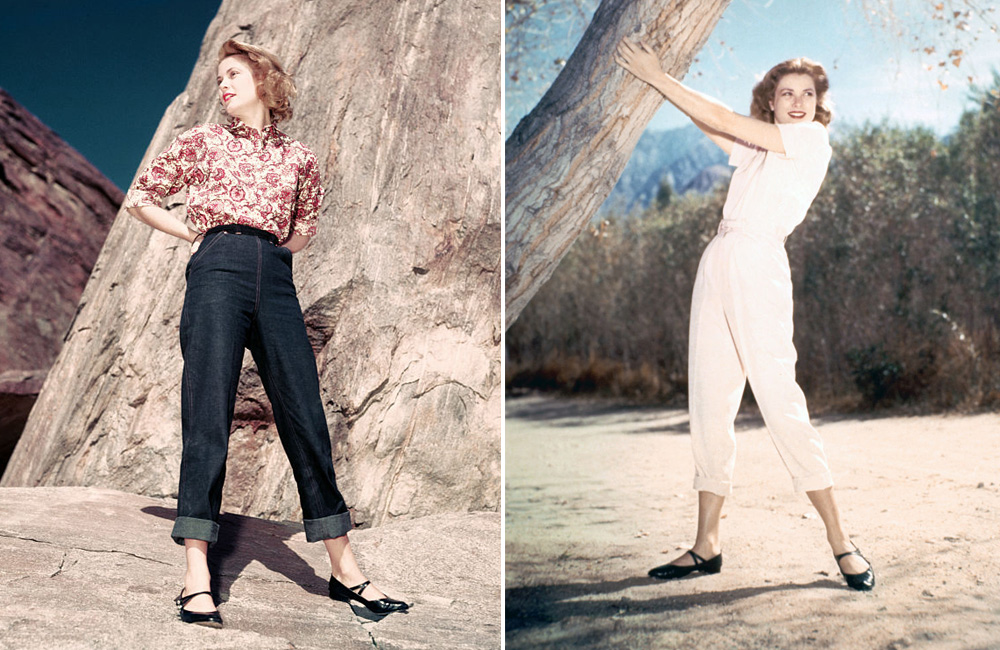 Capri pants were originally designed by fashion designer Sonja de Lennart, but today they are made by numerous brands. Apart from Grace Kelly, capri pants were also made popular by Hollywood legends like Audrey Hepburn, Brigitte Bardot, and Marilyn Monroe.

Snoop Dogg has always played by his own set of rules, releasing music to please the masses and wearing exactly what he wants, when he wants. Unlike many other rappers, Snoop doesn’t seem to take his image overly seriously, instead choosing to have fun with his fashion choices.

A staple look for Snoop became sliders with socks, which isn’t something that many thought would catch on. However, it soon became clear that this artist is also a fashion genius. Snoop’s endorsement of this comfy dad trend was the greenlight fans needed to rock the same look without shame.