TV shows become such a staple of our lives that it’s often devastating for fans when they come to an end. If we had it our way, our favorite characters would stay on the air forever, but it doesn’t always work out that way. Even The CW’s Supernatural had to end. However, there could be hope.

Reboots and revivals of iconic shows are now more popular than ever. From Buffy the Vampire Slayer to Gossip Girl and High Fidelity, producers are hard at work trying to find a way to bring back nostalgic programs for original fans and modern audiences to enjoy. There are some seriously exciting projects in the pipeline.

West Side Story is one of the most poignant musicals out there, but it often gets left behind in favor of more family-orientated numbers. Almost 60 years after the first movie hit theaters, Steven Spielberg is at the helm of a new, $100-million-dollar project. The Fault in Our Stars actor Ansel Elgort landed the role of Tony, while Rachel Zegler plays his love interest, Maria. 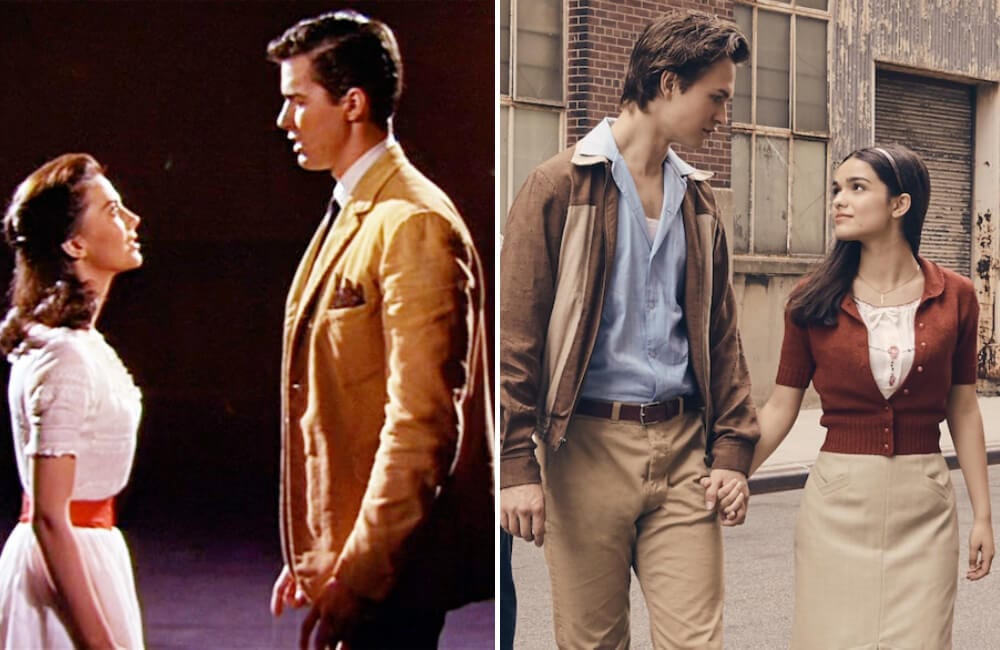 This version of the musical is set to be a stunner when it’s released in the United States on December 10, 2021. Filming wrapped in September 2019, and the release was initially scheduled to be released in December 2020 however, 20th Century Studios decided to push back the released date to coincide with the 60th anniversary of the original film.

Samantha and her nose-shaking ways were the talk of the town from 1964 to 1972, so it’s only natural that someone wants to deliver it to modern audiences. However, the original series would be a little dated, so creator Kenya Barris pitched a revamped version to ABC.

In this proposed pilot, Samantha is a black witch that falls in love with a white man and the show will cover the topics of race and class. ABC president Karey Burke was heavily into the idea, praising Barris for her work so far. However, while the pilot is still in the works, it has reportedly been pushed back until the 2021 television season.

It’s been a long, lonely time since Frasier bid farewell in 2004. Fans of the show have been lobbying for a reboot of the series for almost two decades. In 2019, the TV gods listened. Star Kelsey Grammer explained, “We’ve got it hatched. We’ve hatched the plan…we’re working on a couple of possible network deals.” 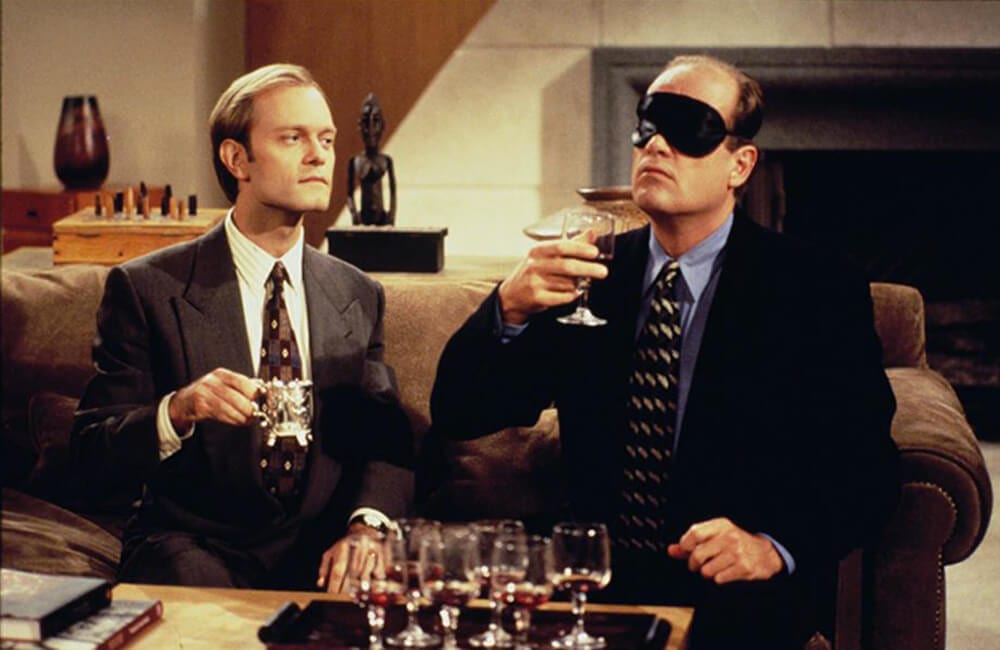 However, the series development seemed to stall, with no further news breaking until early 2021. Deadline announced that both Grammer and David Hyde, aka Niles Crane, are in talks with CBS to finally launch the reboot. If everything goes to plan, it should hit our screens in 2022.

Designing Women isn’t a show that you hear much about these days, but that could all be about to change. The series focused on four women balancing their personal lives with their jobs at an Atlanta interior design firm. In many ways, the show was ahead of its time. In 2018, it was announced that ABC had ordered a script. 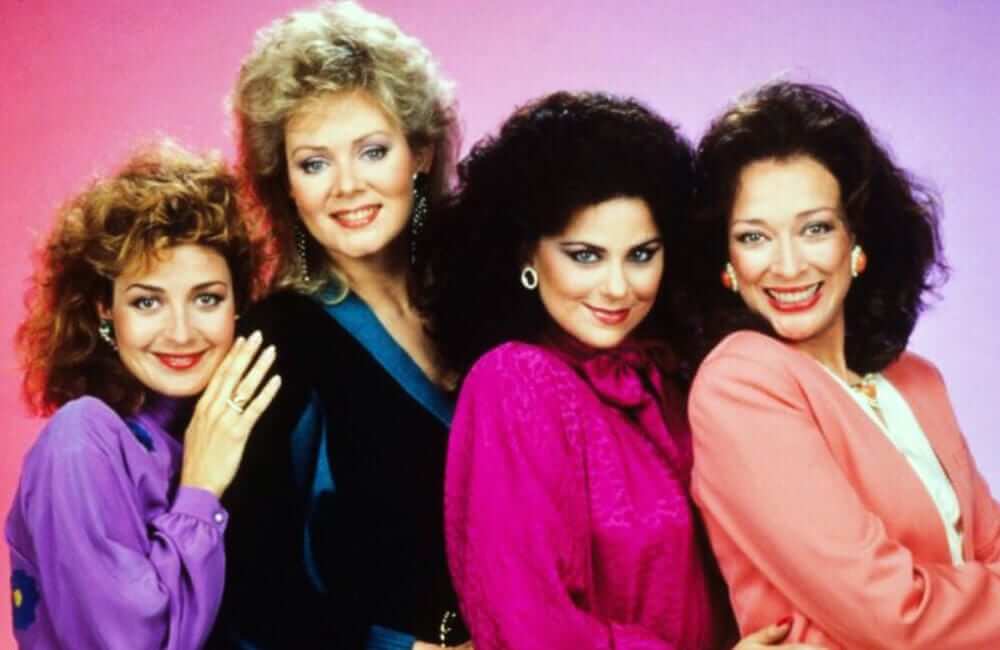 The rebooted series would serve as a sequel, but it’s worth noting that Dixie Carter and Meshach Taylor both passed away some years ago. However, Annie Potts has expressed some interest in revisiting the series, stating, “I would love that. I don’t know when I would find the time for it, but I think that they could use a show like Designing Women.”

When Grease stomped into theaters in 1978, it captured the hearts of music lovers the world over. John Travolta became an instant star, while girls longed to look like Sandy in her skin-tight leggings. Now, it looks like an entirely new generation will get a revamped version. 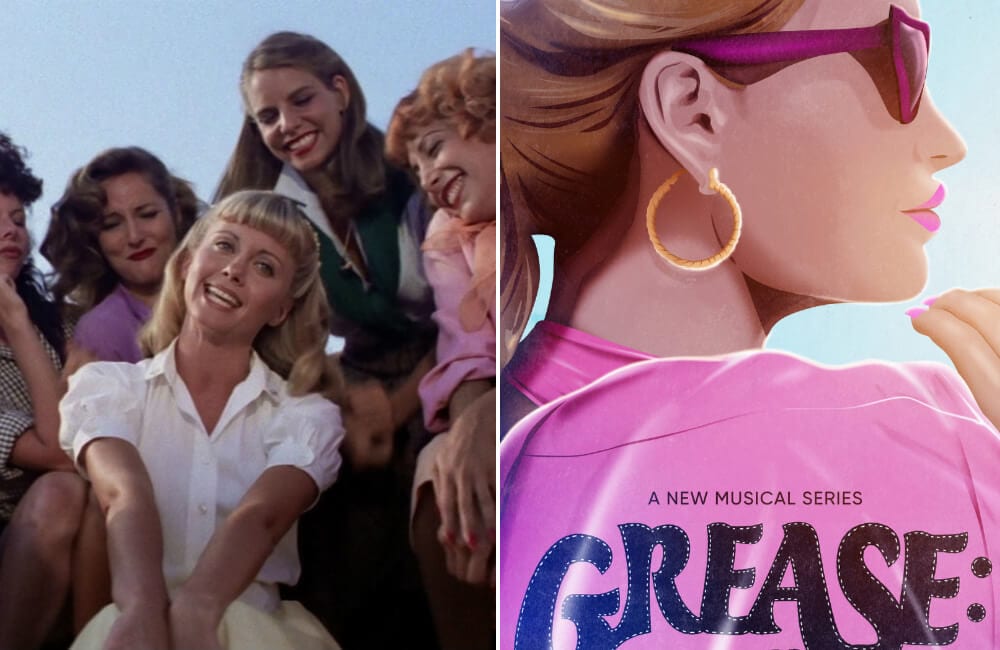 The series will be a continuation of the film. According to Sarah Aubrey at HBO Max, the show will be set in the ‘50s and packed full of songs. “This is high school and life in small-town USA told on the scale of a big rock ‘n’ roll musical,” she explained. A full first season of the show was ordered and is likely to debut sometime in 2020.

Saved by the Bell was the premier high school sitcom of the ‘90s, spawning multiple movies and spin-offs. Fans loved to watch Zack Morris fawn over Kelly Kapowski. According to the show’s official synopsis, Zack is now the governor of California and sends a bunch of kids to Bayside High. 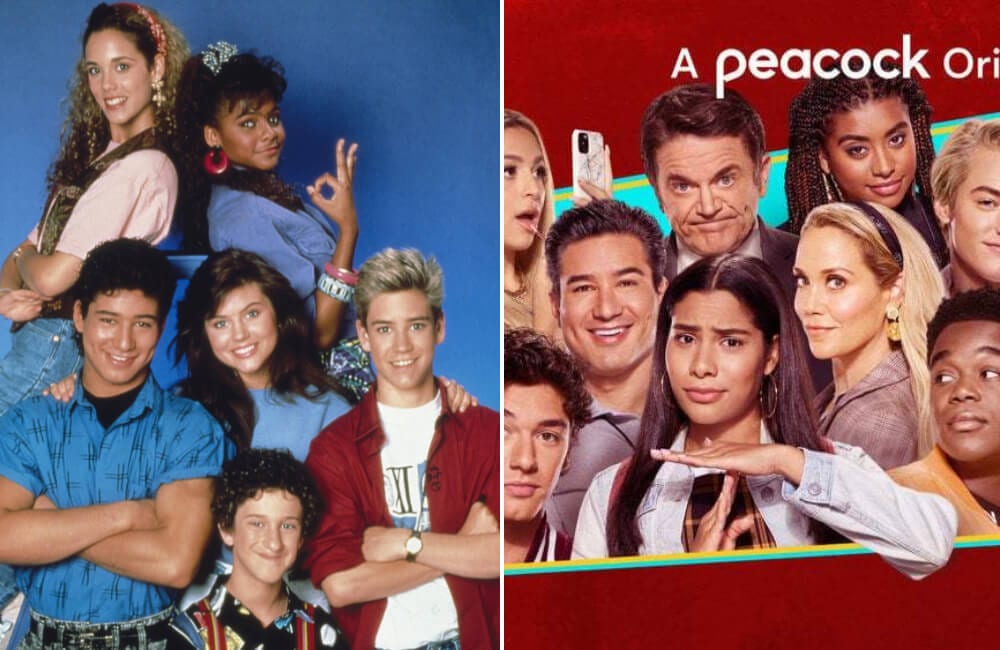 Actress Elizabeth Berkley who played Jessie in the original series confirmed her involvement in an Instagram post in early 2020, saying, “Jessie and Slater are back for more fun. We are thrilled to have Emmy winning 30 Rock writer Tracey Wigfield bring the sequel to life on NBC/Universal.” The show is set to premiere on the 25th of November, 2020 on the streaming platform, Peacock.

Back in the ‘90s, Neve Campbell and Matthew Fox were starring in Party of Five, alongside a pint-sized Lacey Chabert. The siblings did their best to navigate their way through life without parents to guide them, which proved popular with audiences. 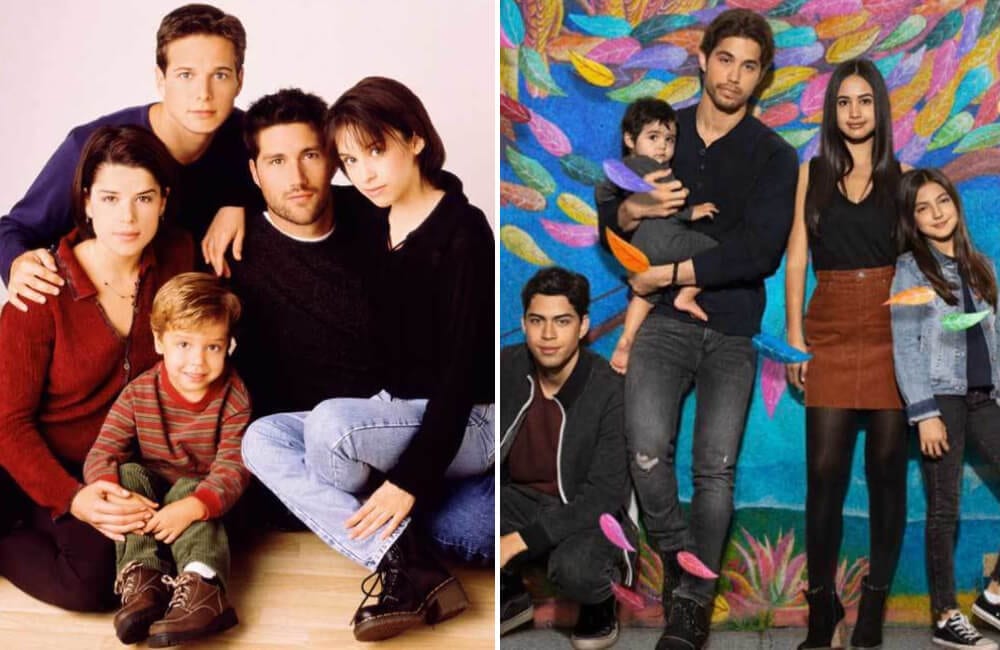 The series was remade in 2020 to address modern issues, with siblings faced with life alone after their parents are deported back to Mexico. Although the show has the same name as the 1994 version, the Reboot takes a slightly different direction. The critical response to the first season was largely positive, however, it was not renewed for a second.

In many ways, Gossip Girl was the perfect teen show. It had it all, following the lives of Manhattan’s Upper East Side elite teens. There was romance, intrigue, and plenty of fashion moments that Vogue could be envious of. In July 2019 HBO Max announced plans to reboot the franchise. 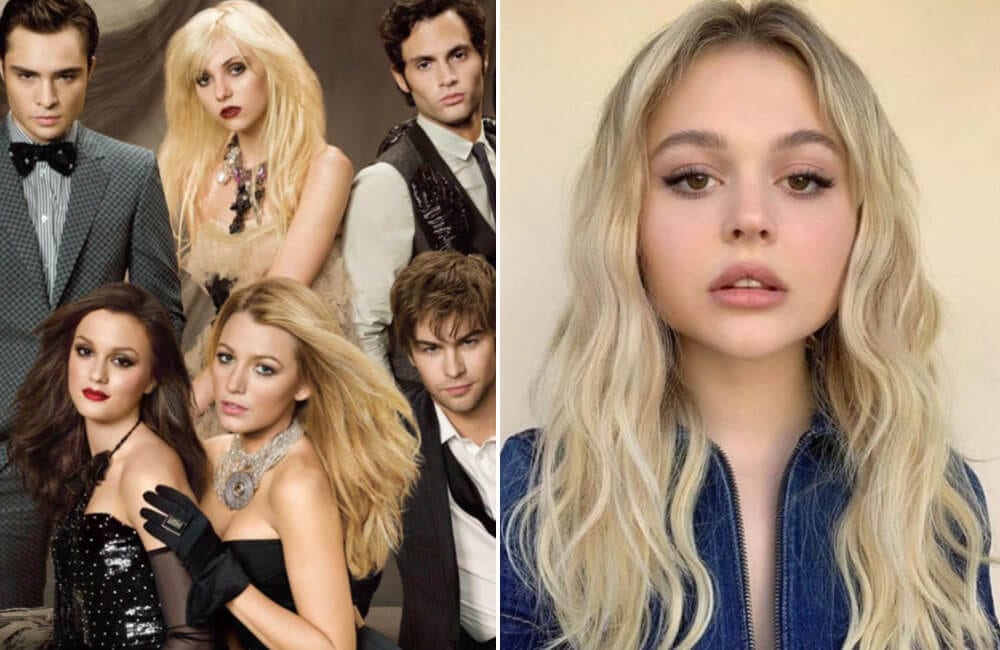 A host of young stars on the rise are already attached to the project, including Emily Alyn Lind, Thomas Doherty, and Tavi Gevinson. They join Kristen Bell who is reprising her role as the narrator. HBO has reportedly ordered a full 10 episode season set in the same universe as its predecessor. The original characters will be referenced and could even pop in for a cameo.

Punky Brewster was a great show, even though it was only on screens for two years. While the premise was entertaining, it was also unsettling as the main character is abandoned by both of her parents. By chance, she finds an empty apartment and forms a bond with the building manager. 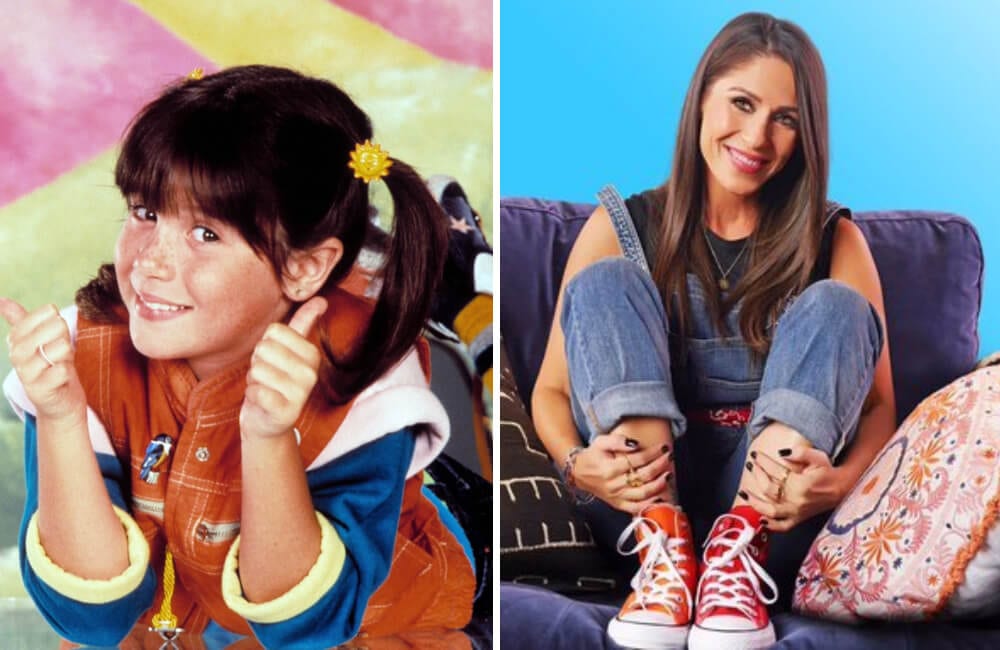 Punky and her dog Brewster are set to debut on Peacock in a reboot of the original. Original star Soliel Moon Frye will reprise her role as Punky finds herself trying to cope as a single mom. She also finds a child similar to herself in the foster system. Freddie Prinze Jr. is on board as Punky’s ex-beau.

For kids in the ‘90s, Animaniacs was the best of the best. The three crazy cartoon characters graced our screens for five years, taking up a good portion of the decade. Reruns of the series are still popular with new generations, which might explain why Hulu is resurrecting it. 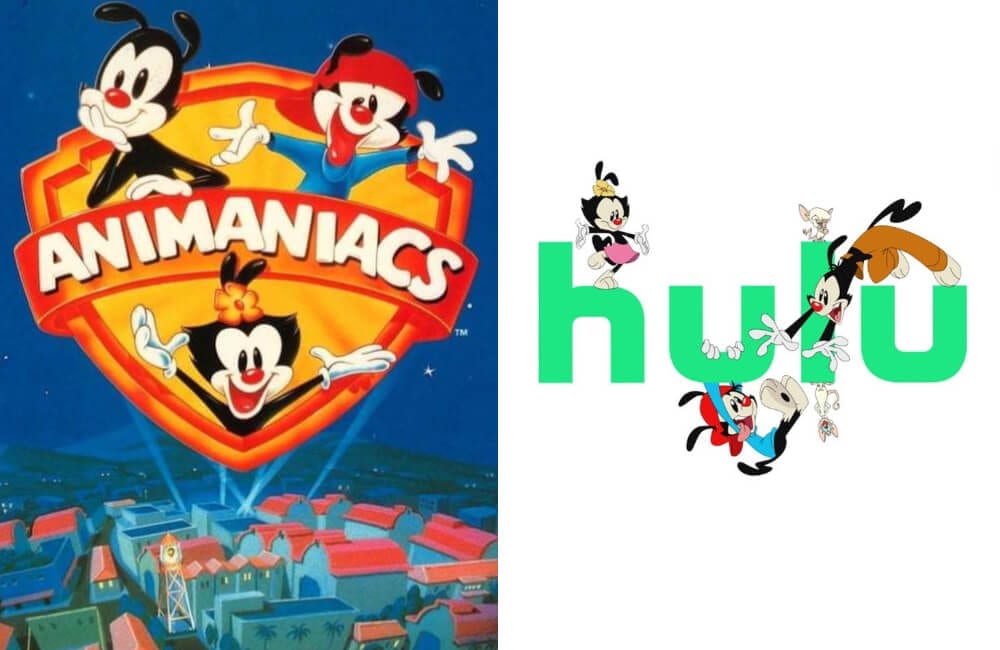 The original voice actors are set to reprise their roles, but there’s another cherry on top of the sundae. Pinky and the Brain are coming back to take over the world once more. What’s more, Steven Spielberg will be back at the helm as executive producer. It doesn’t get much better than this.

Tommy, Chuckie, Phil and Lil, and Angelica were the most famous babies in the world from 1990 to 2006. The long-running Nickelodeon series kept fans of all ages entertained. When the final episode aired, it was a sad day. 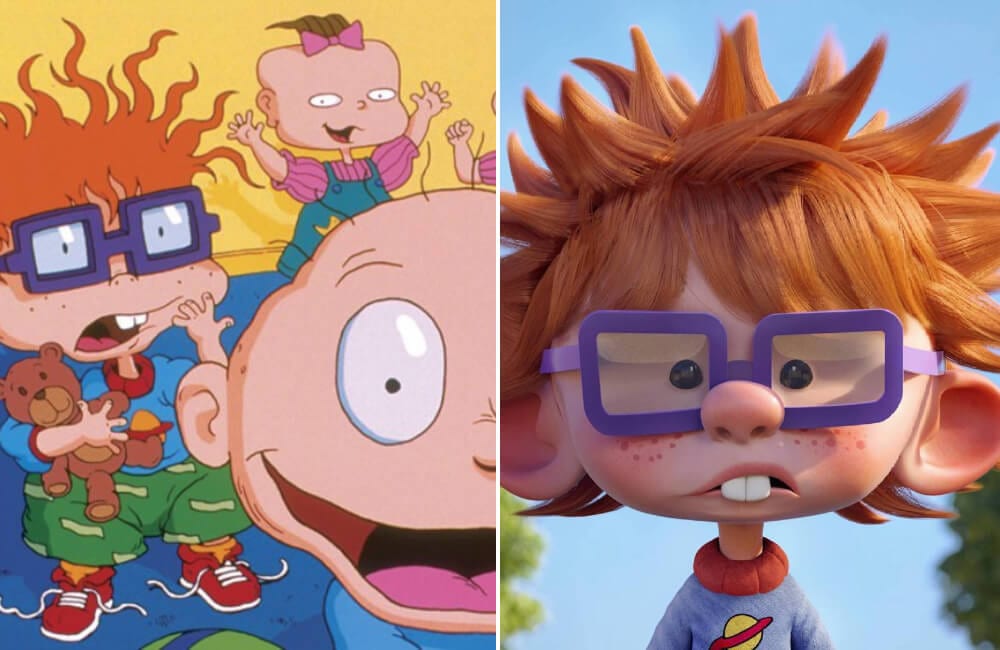 In 2018, the network announced that there would be a reboot of the series, with Chuckie actress Nancy Cartwright reprising her role. Not only would there be a new run of episodes, but a live-action Rugrats movie that is set to premiere in November 2020. Word is still out on whether the rest of the cast will return.

News of a Sister, Sister revival first surfaced in 2018, giving Tia and Tamera fans the news they had been waiting patiently for years to hear. However, it’s likely going to be a long time before the show actually surfaces. 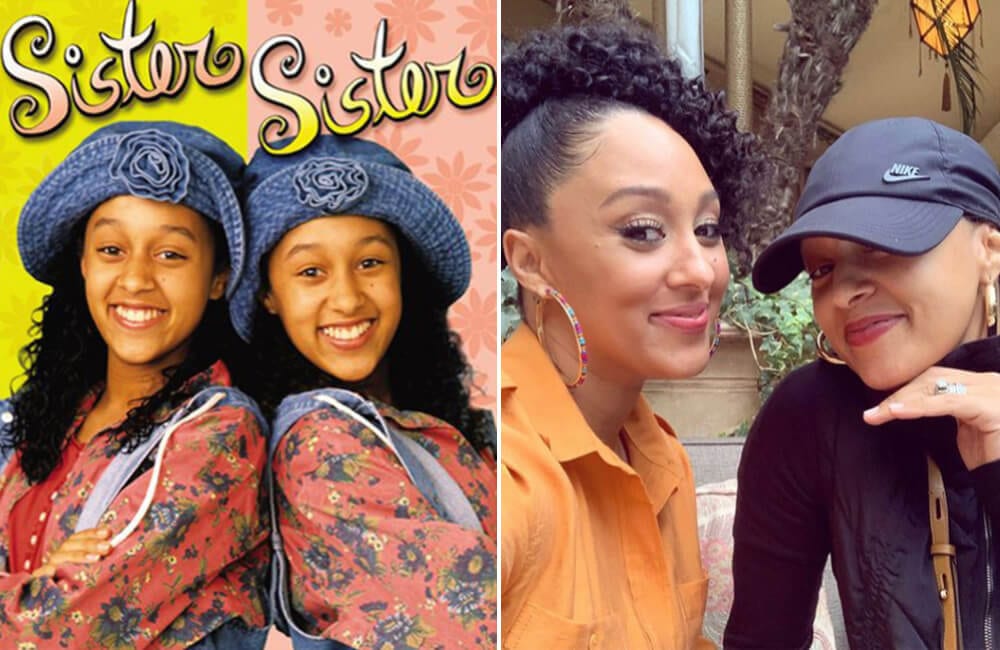 “We’re both doing individual things, so it’s about timing,” Tamera said in 2019. “It’s just the timing hasn’t really presented itself and because Sister, Sister was so iconic, we want to make sure that when we do it, it’s done right. Both my sister and I have producing credits in our background, so we definitely want to be involved in that process.”

Bizarre TV shows often catch on to niche audiences and despite the odds, wind up successful. Paul Fusco and Tom Patchett’s creation Alf certainly came out on top. The titular character is a friendly, strange-looking alien that settles into life with a typical American family out in the suburbs. 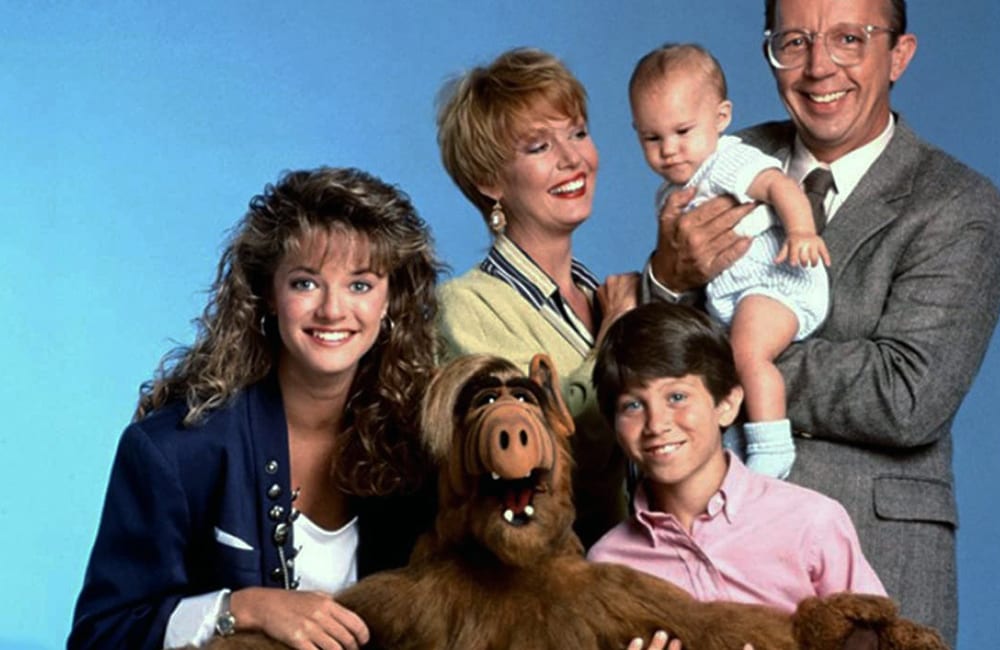 In 2018, Warner Bros. announced plans to bring Alf back to our screens, this time with a new family and a host of new, hilarious situations. Sadly, by the end of the same year, the proposed revival was dead in the water as the studio couldn’t find a network willing to take the show on.

Everyone’s favorite futuristic family is set to take over the airwaves again, but this time it will look a little different. A live-action version of The Jetsons is currently in development at ABC since the idea first gained traction in 2018. 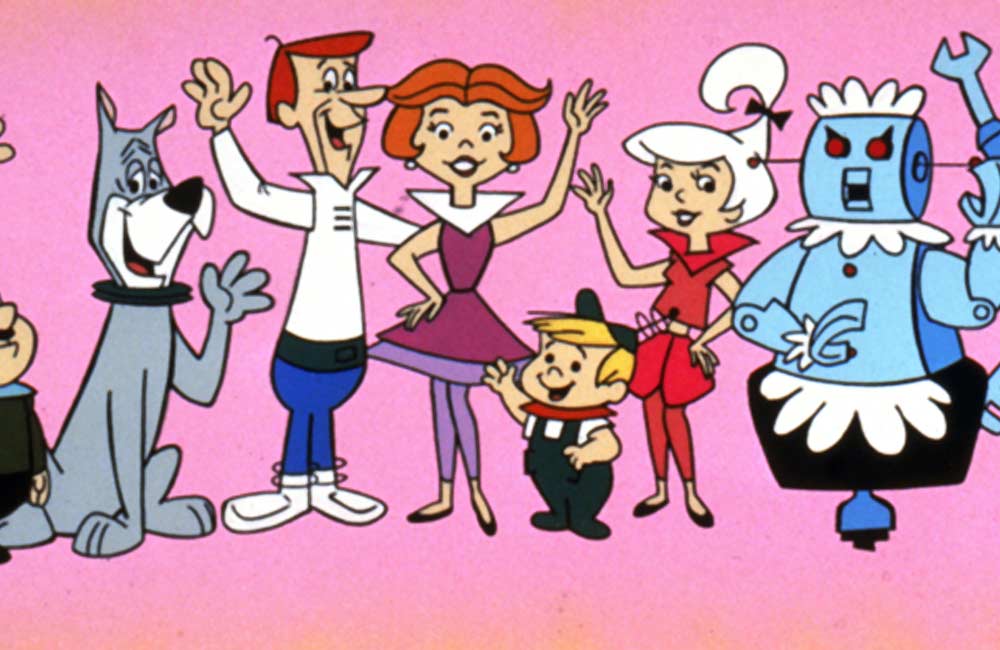 According to the network, Back to the Future filmmaker Robert Zemeckis will be directing the show, which will be shot in front of a studio audience. At this point, we still don’t know who will be starring in the series, or when we can expect it to premiere. It may be some time before this reboot comes to fruition.