2020 has been a tough year on businesses across the board, with many closing their doors for good. The courts have been inundated with Chapter 11 filings as companies struggle to stay afloat after months of temporary store closures. Some have managed to come out on top, but others have a long road ahead of them.

As states begin to open up and find a new normal, retailers are trying to find their feet by opening locations across the board. Read on to find out the status of some of America’s most prominent businesses.

As a store that sells essential items, Costco has remained functional throughout the pandemic. However, operating hours were drastically reduced in order to give staff enough time to restock the shelves. Teams also need to deep clean the stores every night, which couldn’t be done with customers milling around. 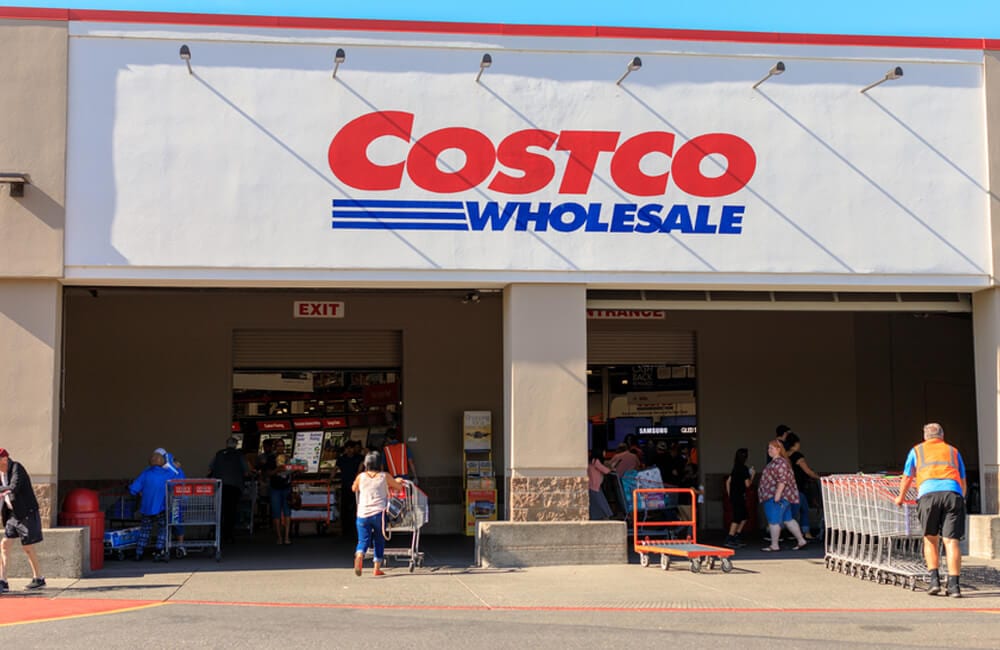 From May 4, Costco stores started to return to normal operation hours in most places. Costco gas stations and warehouses are open too, but Monday to Friday between 9 am and 10 am are reserved solely for those with disabilities or people over 60. If you’re planning a trip, remember that Costco requires all customers to wear a face mask while in the store.

Shoe retailer Aldo is one of many fashion brands facing a sink or swim situation. The footwear company closed all 850 of its North American stores during the pandemic, but the financial strain has been too much to bear. On May 7, Aldo announced it would be restructuring under the Companies’ Creditors Arrangement Act. 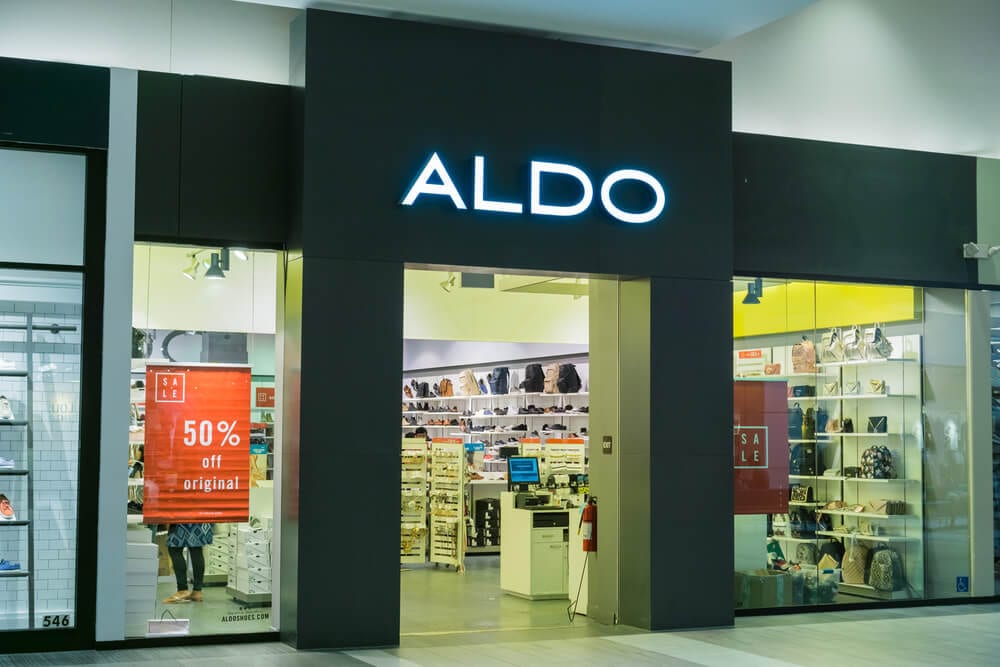 While some stores are set to reopen, it’s not immediately clear how many locations will open their doors again, or how many people will lose their jobs as a result. According to the filings made by the company, it will run out of cash by the first week of June.

Department store giant Macy’s took a huge hit when they closed 775 stores, but they were keen to start getting things back to normal. In the first week of June, 68 stores reopened in Georgia, Oklahoma, South Carolina, Tennessee, and Texas. The company hopes to open all locations by late June.

Normal looks a little different though, as ear piercing, bra fittings, and alterations won’t be on offer for the time being. Fittings rooms will be operational, but limited, while each employee will wear a company issued face mask until the pandemic is curbed.

JCPenney is an American institution, founded all the way back in 1902. Sadly, the company’s sheer infamy wasn’t enough to keep it afloat during the global pandemic. The retailer closed all 846 of its stores as a result of COVID-19, but opened up 153 locations on May 20. 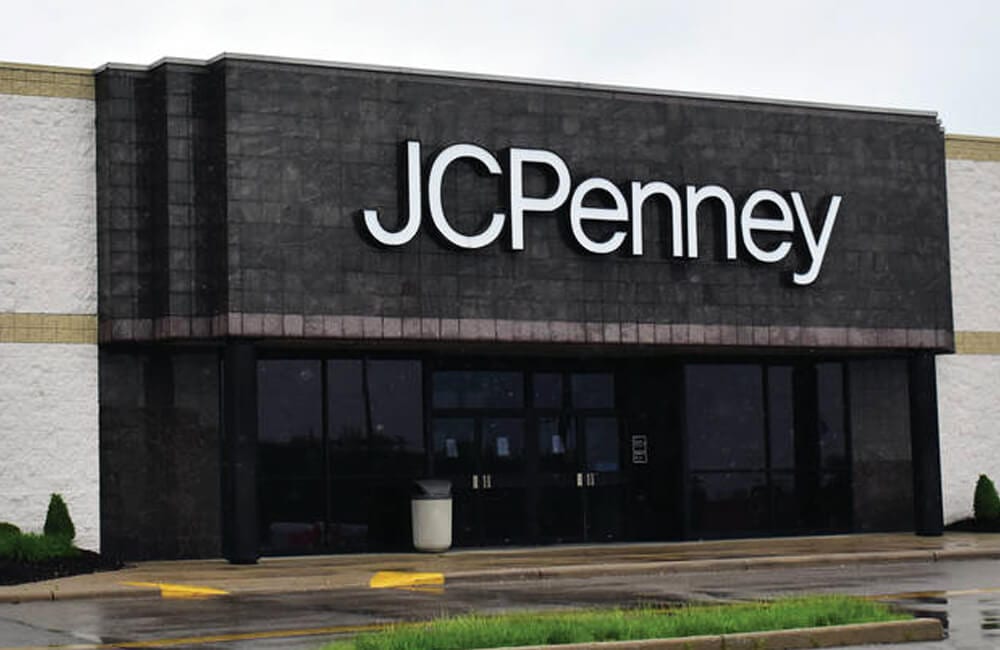 Despite high hopes, the 118-year-old business had no choice but to file for bankruptcy. 192 locations across America are set to be closed this year permanently in a bid to save money and concentrate on locations that are higher earners. CEO Jill Soltau hopes “JcPenney will build on its over 100-year history to serve our customers for decades to come.”

For coffee lovers, kissing goodbye to their morning Frap was a sad part of reality in 2020. Starbucks is a huge company with enough pushing power behind it to keep it going during these tough times. The demand is still as high as ever. Although the coffee specialist closed 80% of its stores, they aim to have 90% of these operational by early June. 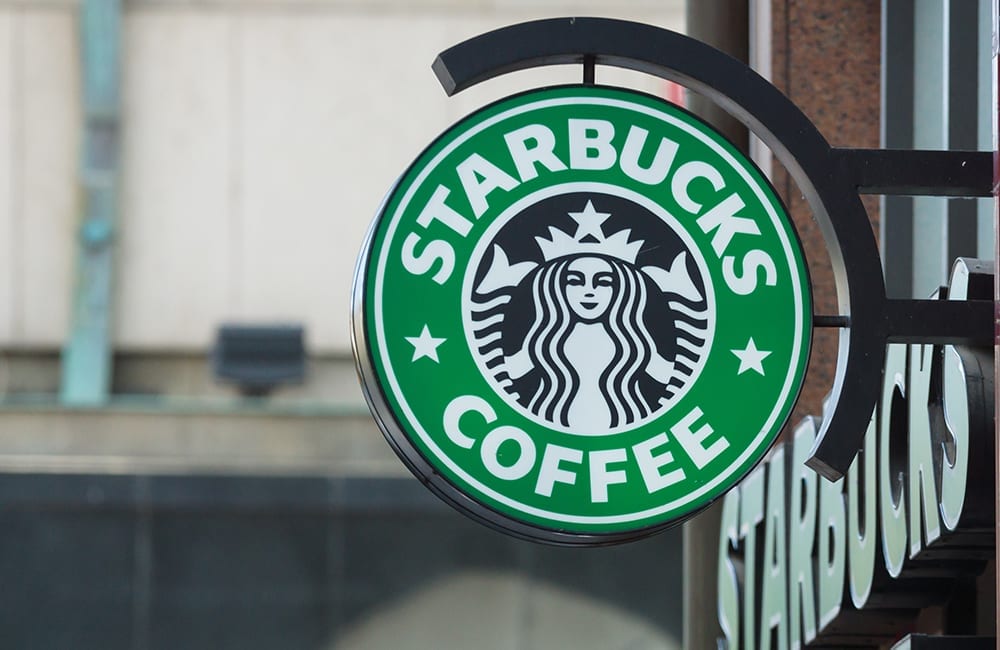 Instead of the usual service, an emphasis will be placed on pickup, delivery, and drive-thru services to reduce the risk of human contact. CEO Kevin Johnson made it clear that he thinks Starbucks will make it out of this mess alive, with an even stronger customer base. “Continued recovery in China strengthens our belief that these impacts are temporary,” he explained.

At the height of its popularity, Dean & DeLuca was the ultimate destination for foodies. However, the company started to experience financial difficulties in 2019 before closing most of its US locations, leaving just six remaining. This whittled down to two in Hawaii. 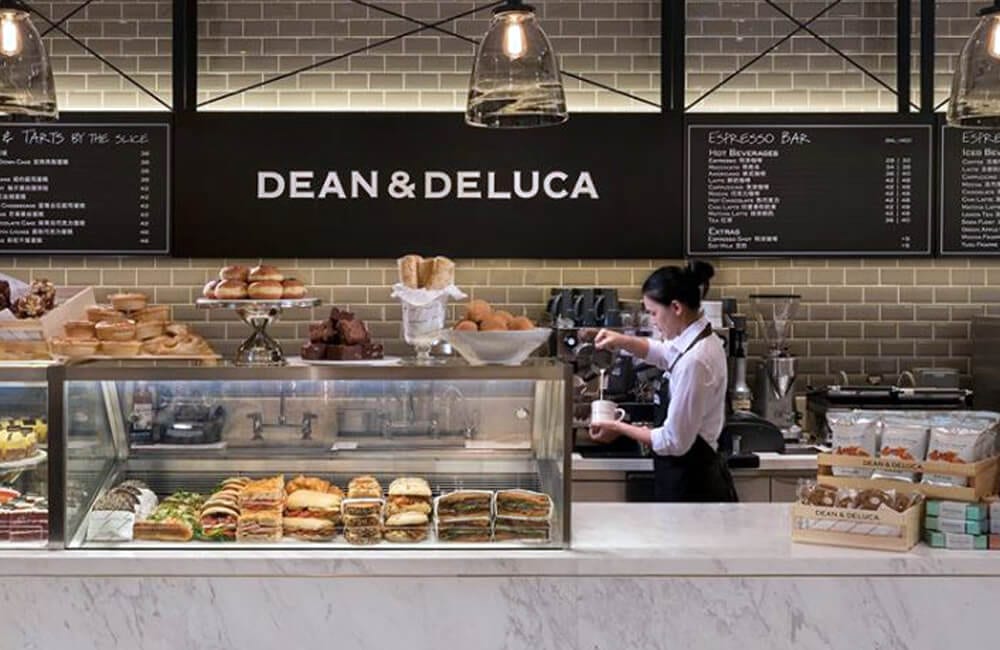 The company finally filed for bankruptcy on April 1, 2020, saying they were over $500 million in debt with only $50 million in the bank. The owner, Pace Development Corp, is swiftly sinking under mounting pressure, as are six other affiliated companies. However, Dean and DeLuca hope to keep operating when the details of their Chapter 11 are ironed out.

Clothing titan The Gap was forced to close 90% of its stores to cope with the pandemic. However, many were up and running by 5th of June. CEO Sonia Syngal explained the move in a statement. 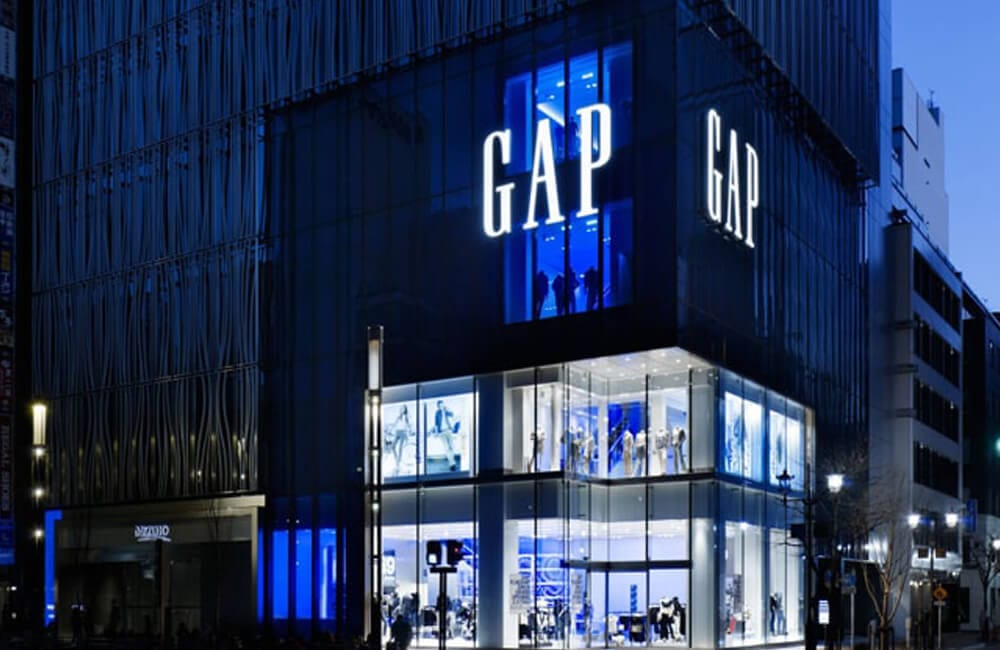 “Today we have more than 1,500 stores open in North America, ahead of plan, and as stay at home restrictions ease in many markets, we expect to have the vast majority of our North American stores re-opened in June.” Over all, the company had a quarterly loss of $932 million, but they’ve beared the brunt of it well.

Natural food company Earth Fare came to a shattering halt in March of this year when the company went bust. The chain held 50 different locations before each one was closed, with all remaining assets sold off to try and cover debt. 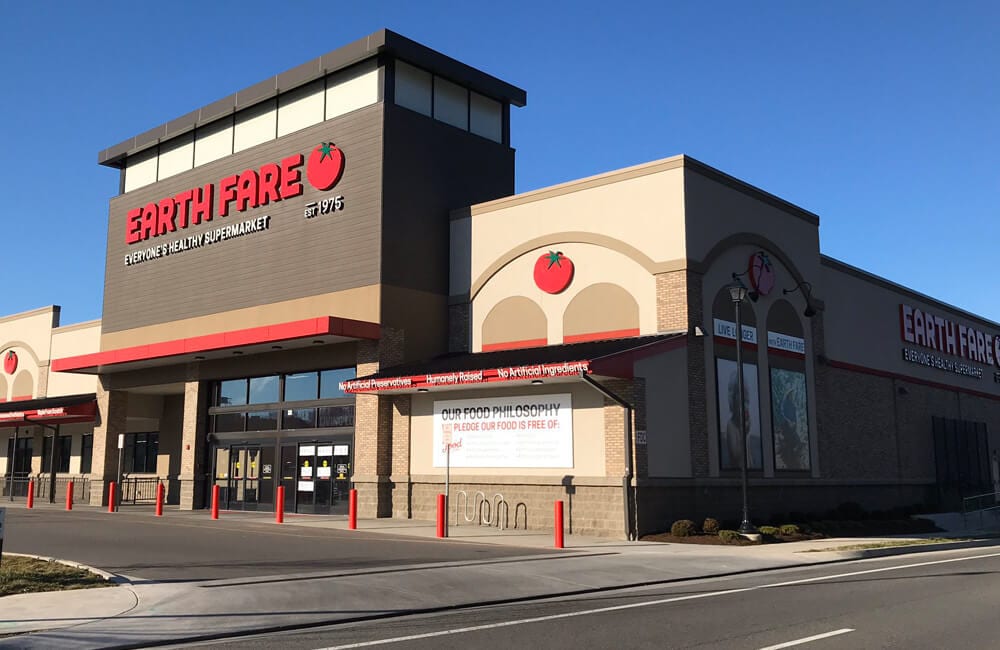 “Earth Fare has been proud to serve the natural and organic grocery market,” read the official statement. “The decision to begin the process of closing stores was not entered into lightly…Earth Fare is not in a financial position to continue to operate on a go-forward basis.” In an industry full of stiff competition, Earth Fare held its own for forty years.

Best Buy made the big decision to close the doors of all its 977 locations to help fight the spread of COVID-19. Best Buy CEO said that the situation is “unprecedented and changing at a pace all of us are working to keep up with.” At the end of May, the company announced plans to open 200 locations, with a slightly different ethic. 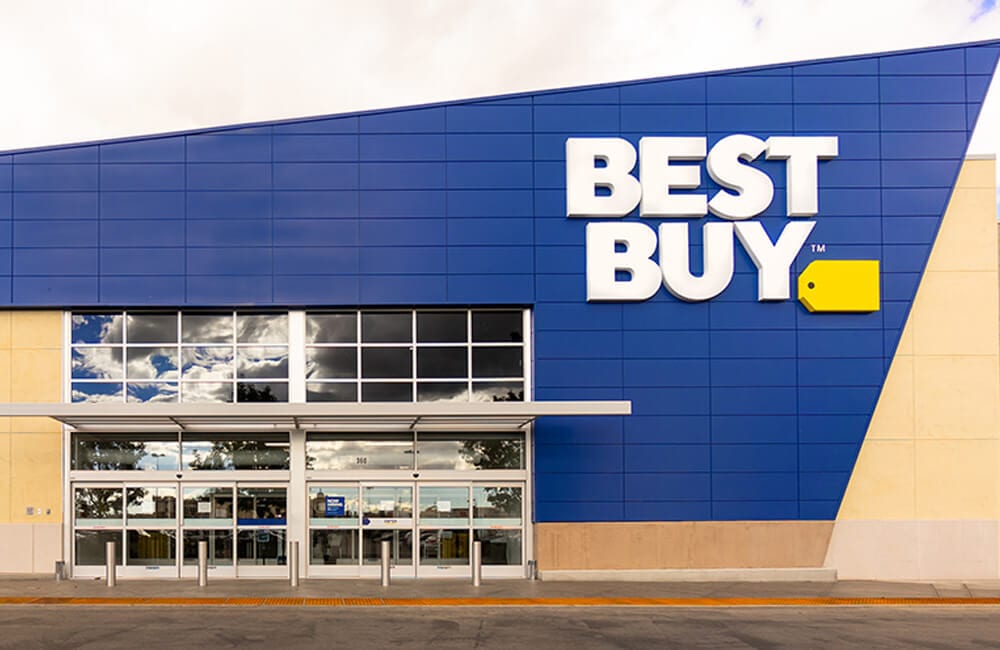 Art Van Furniture was already teetering on the edge before the pandemic. When it hit, there was no hope. The company filed for Chapter 11 bankruptcy on March 5, 2020. The chain swiftly closed all 141 locations and additional pop-up stores. 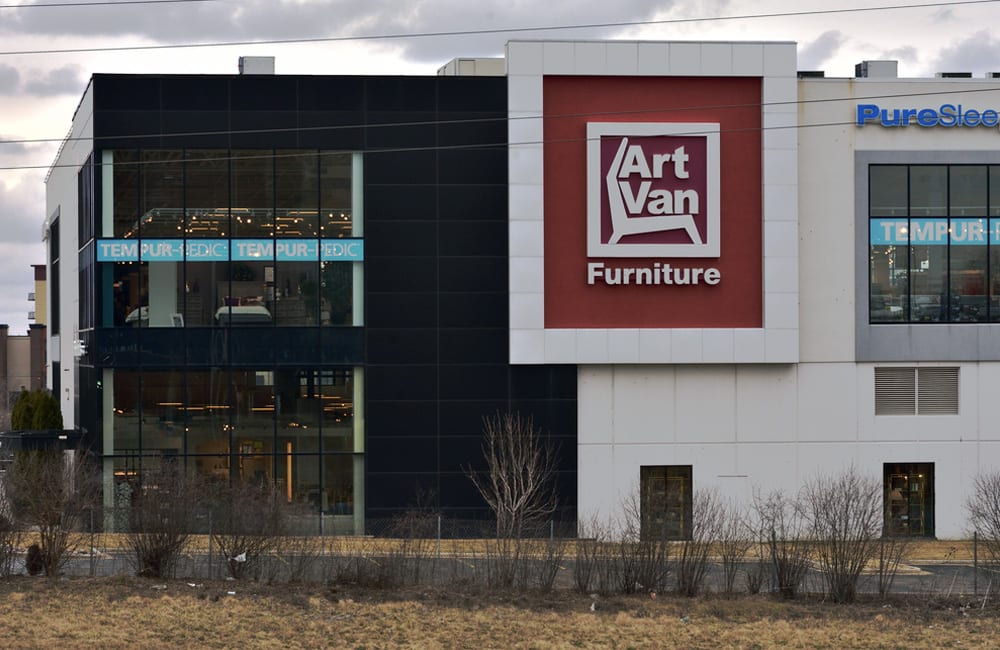 The filing paints a dire picture of Art Van’s finances, stating their liabilities at $100 to $500 million, with tens of thousands of creditors. If a buyer steps forward the business could be saved. If one doesn’t, Art Van could be lost forever, with all the stores permanently closed and 3,000 people out of jobs.

T.J. Maxx’s parent company TJX closed all of its retail stores across the globe, including 1,000 locations in America on March 19. Even online shopping was vetoed, with distribution warehouses and offices put on hiatus by the company. 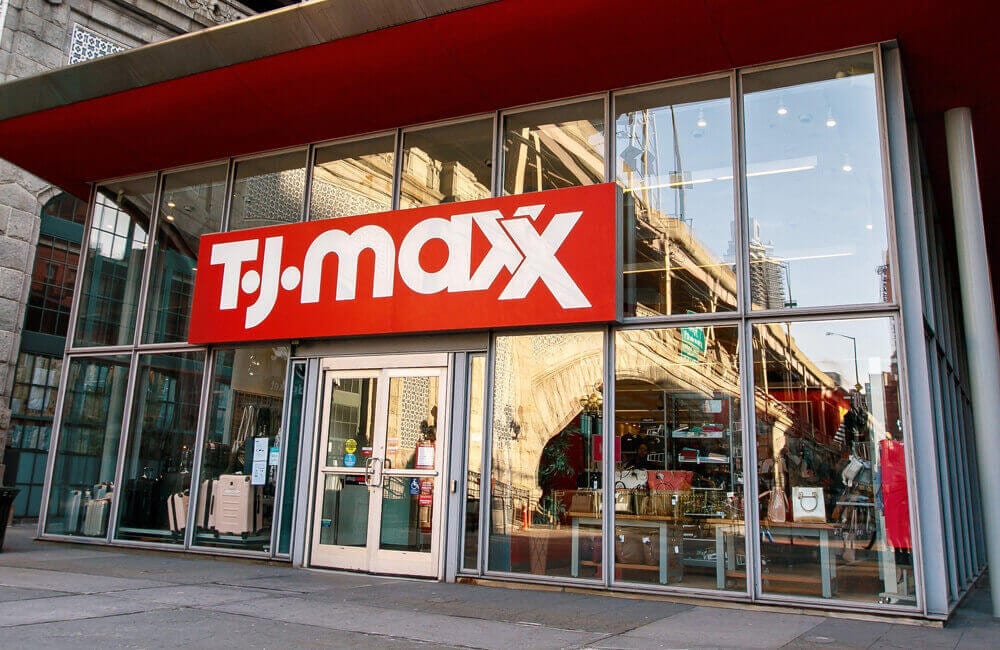 However, as states have gradually started to open up again, all stores in America are slowly starting to return. “As various states and countries reopen businesses and we reopen our own stores and e-commerce websites, health and safety will remain a very important consideration,” said CEO Ernie Herrman in a statement released on May 9 via the website.

Fashion company J. Crew closed all 506 locations spanning across the world when the coronavirus hit. Sadly, even a business as big as this isn’t immune to financial trouble. J. Crew filed for bankruptcy protection on May 4, but there’s hope yet. 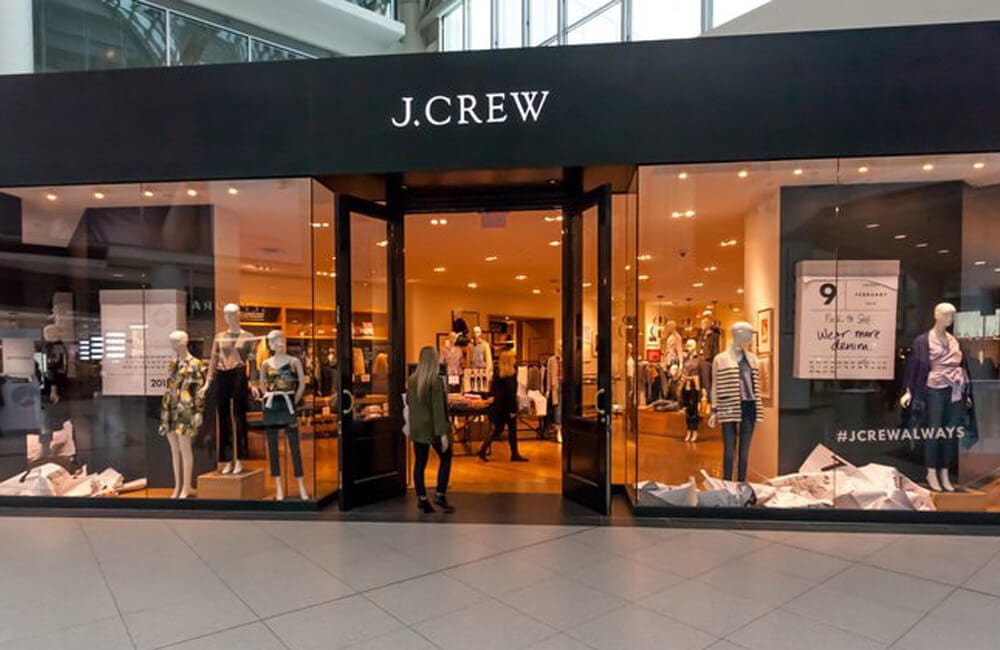 Out of all the locations closed, some will remain shuttered for good, but it hasn’t been announced which of the stores will be the unlucky few. CEO Jan Singer said, “Throughout this process, we will continue to provide our customers with the exceptional merchandise and service they expect from us, and we will continue all day-to-day operations, albeit under these extraordinary COVID-19-related circumstances.”

When Apple closed its doors in March, many were left wondering how they would collect repairs already put in, or who they would turn to when their gadgets stopped working. Apple committed to closing hundreds of stores worldwide, with 271 of these in the United States. 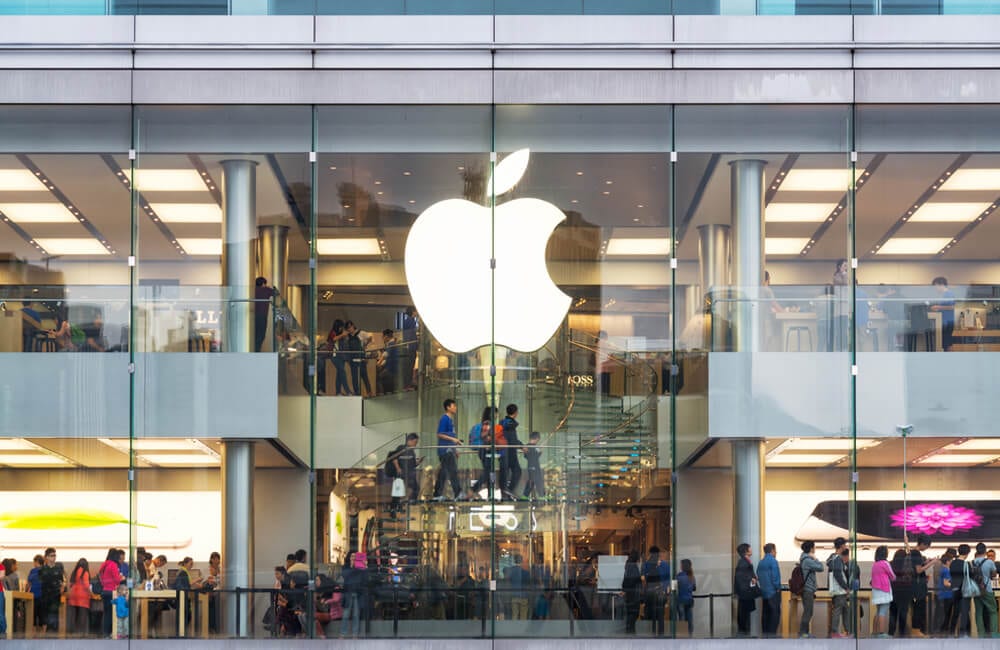 Many of these stores began opening from May 11th. The official statement from the tech brand reads, “In every store, we’re focused on limiting occupancy and giving everybody lots of room, and renewing our focus on one‑on‑one, personalized service at the Genius Bar and throughout the store.” Every employee and customer are required to wear face coverings.

Lucky’s Market started out as a small organic supermarket founded by husband and wife team Bo and Trish Sharon in 2003. By 2016, the company had struck a deal with Kroger to secure financial backing, but the partnership ended in 2019.

The bottom fell out of Lucky’s Market soon after, resulting in the closure of most of its 39 stores. Now, only six remain. A Chapter 11 bankruptcy protection filing was made in early 2020, detailing liabilities between $500 million and $1 billion. The company reported losses of over $100 million at the end of the fiscal year.