So many things have changed about society over the last few thousand years, but one thing has remained the same – the use of coins as a currency. And now, some of those coins are worth quite a bit of money, but not all of them. It takes a keen eye, but once you know what you are looking for, you too will be able to identify a coin worth more than its weight.

There are many factors that affect the value of a coin, such as the year it was minted, how many others there are like it, and the overall condition of the coin. Whether it’s a thousand-year-old coin from a historical dynasty or a casualty of the copper shortage of the 1940s, these are the coins that you may not be able to find on Amazon.

Something incredibly rare occurred at a Stanford Coins and Bullion auction in 2008. Someone paid $1.3 million for a coin that exists only in a physical form. That means that there are no records of the coin being Minted. Yet, somehow, eleven of them have surfaced over the years. 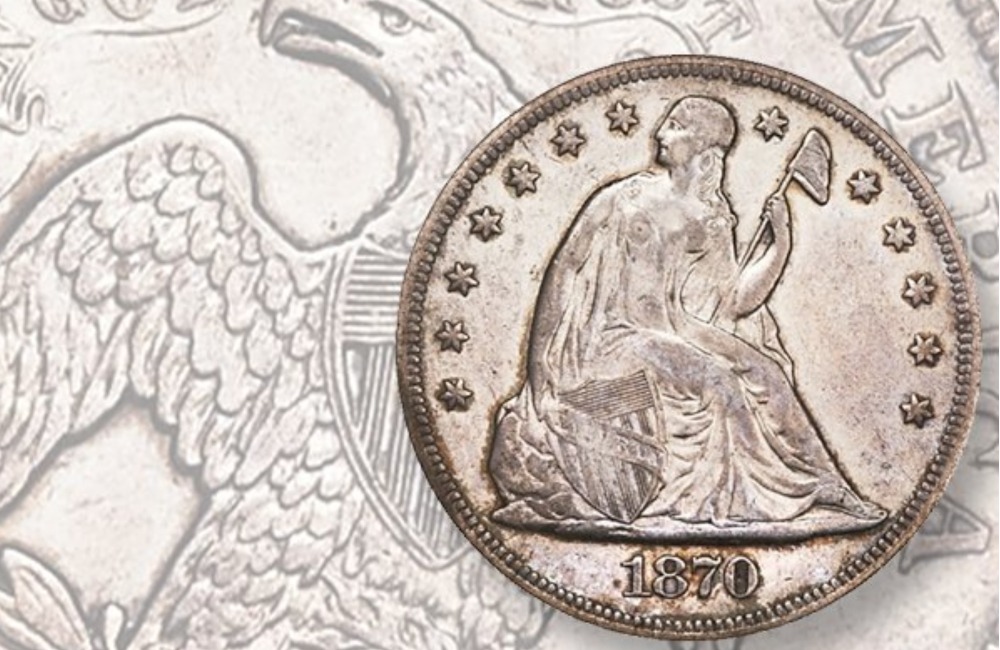 The “Tails” side of the coins have the ever-present American Eagle displayed on them, and the “Heads” side is decorated with one star for each of the 13 States and Lady Liberty taking a load off. It’s hard to believe that a coin that doesn’t technically exist (as a currency) was sold for as much as a FerrariF150 would cost.

During times of war, materials such as copper are vital to aiding the production of essential combat items. For that reason, instead of following the production format of those that came before (and after) it, in 1943, the American 1 cent coin was made of steel, not copper. Other than one accidental batch, that is. 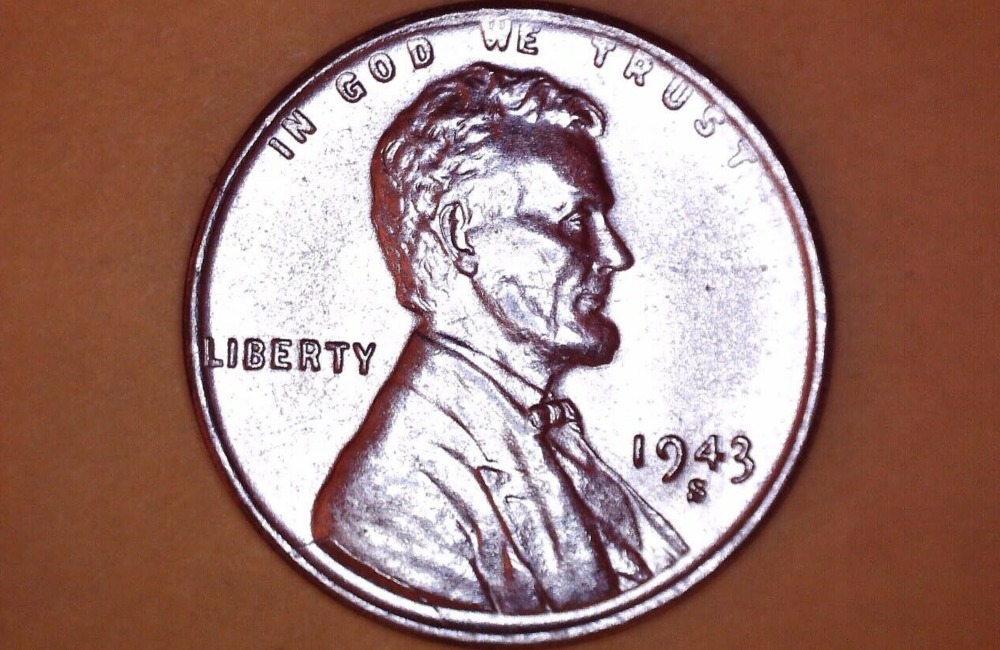 While some people believe that there are less than 20 of these coins left, others are more optimistic and have estimated that the number is closer to 40. For $10,000, you can either own one of these rare 1943 copper pennies or fly first class on Boeing 747 from New York to London and back.

The Liberty V nickel was the five-cent coin minted by the United States treasury from 1883 to 1913. In its final year of production, however, only a few of these nickels were minted. Five, to be exact. Of the five, three of the coins belong to the private sector and have changed ownership at auction for the prices of $3.7 million, $4.56 million, and $5 million, respectively. 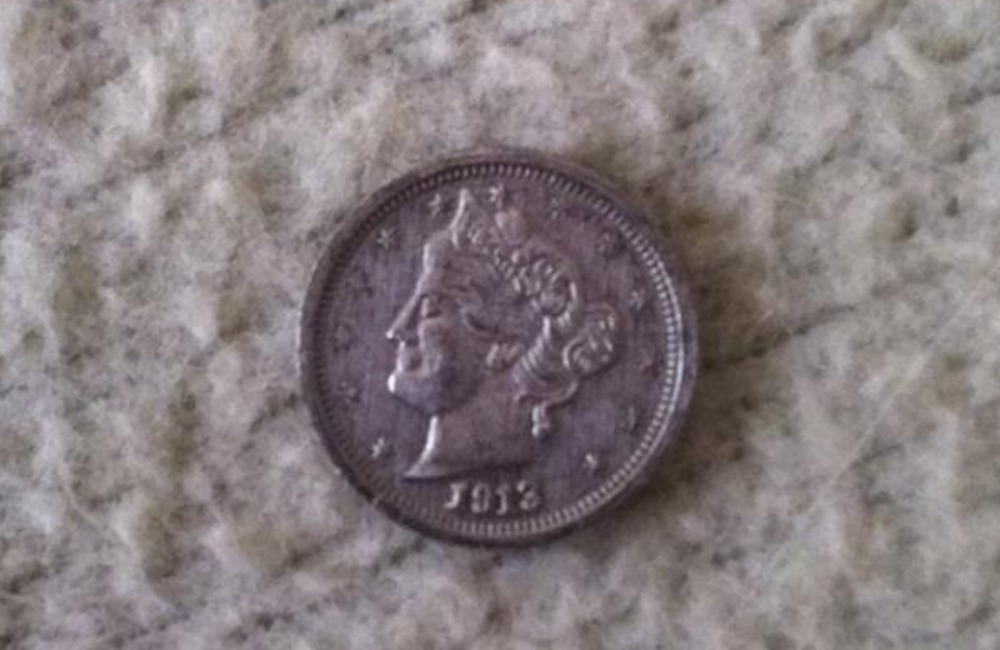 In other words, someone could buy themselves at least two McDonald’s franchises for the same amount of dough that they’d spend on buying one of these five-cent coins.

Of all the silver dollars that the United States Mint assistant engraver, George T. Morgan, designed the 1893 S Morgan Silver Dollar is the one that was minted the least. Only 100,000 were produced, but an equal or greater amount of fakes are also most likely floating around. 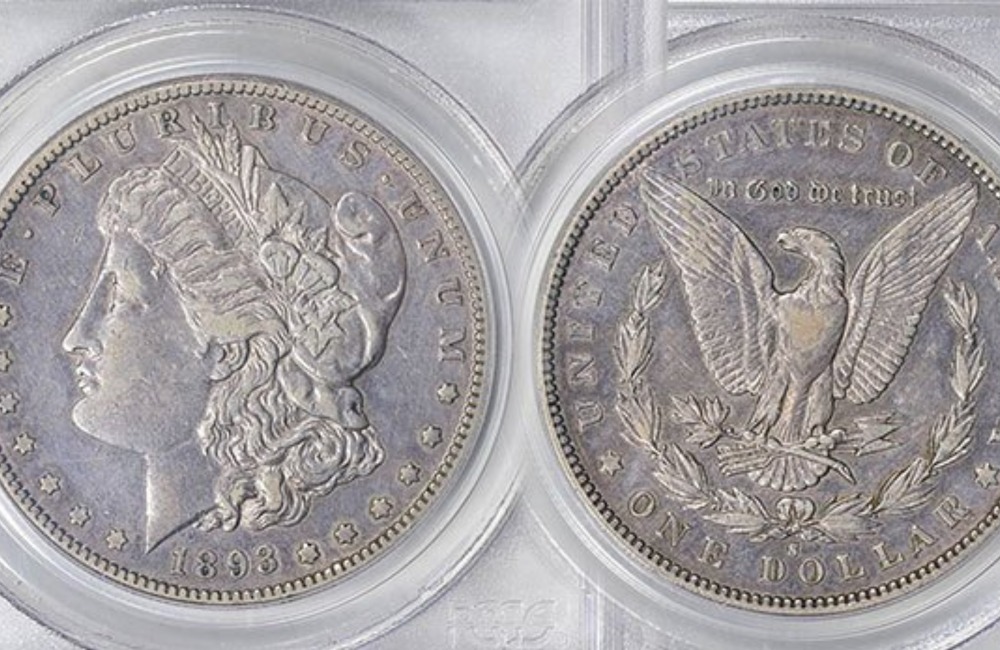 A good indicator of whether you’ve fallen victim to a fraudulent vintage coin seller, take a look at the coin’s “S” mint mark. If it has a noticeable discoloration around it, it’s probably not a real 1893 S Morgan silver dollar. But if it is authentic, collectors have spent as much as $735,000 in order to add it to their index of rare coins.

It’s not double-vision that someone is experiencing when laying their eyes upon these Lincoln Memorial Cents from 1972. It’s just a simple mistake. Like in any industry, mistakes can happen when manufacturing coins, especially when billions of them are minted each year. 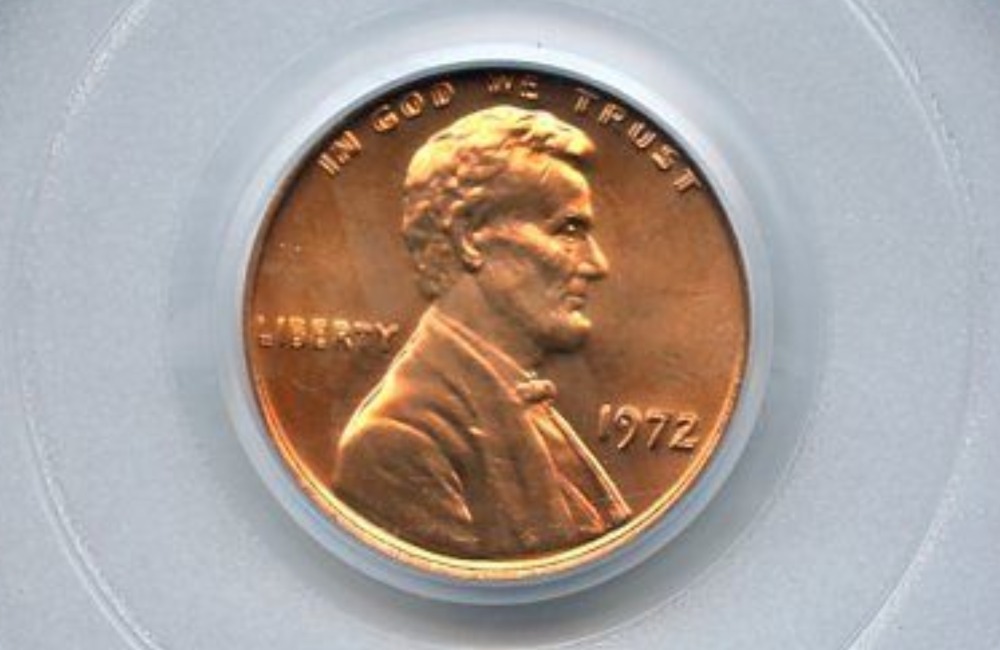 In 1972, the U.S. Mint made one of these “rare” mistakes when 20,000 or so of that year’s Lincoln Memorial Cents had their imprintings of “LIBERTY” and “1972” unintentionally doubled. The doubling of the coins text has much more than doubled its value. One of the 1972 Doubled Die Obverse Lincoln Memorial Cents sold on eBay a few decades ago for $325. The real kicker is the bidding began at just $1.

This “broadstruck” coin wasn’t appropriately aligned during the minting process, and, as a result of the mishap at the factory, the twenty-five-cent coin is now worth closer to $25. While that’s not a whole lot of money compared to some of the other rare coins out there, there were a lot of them produced. 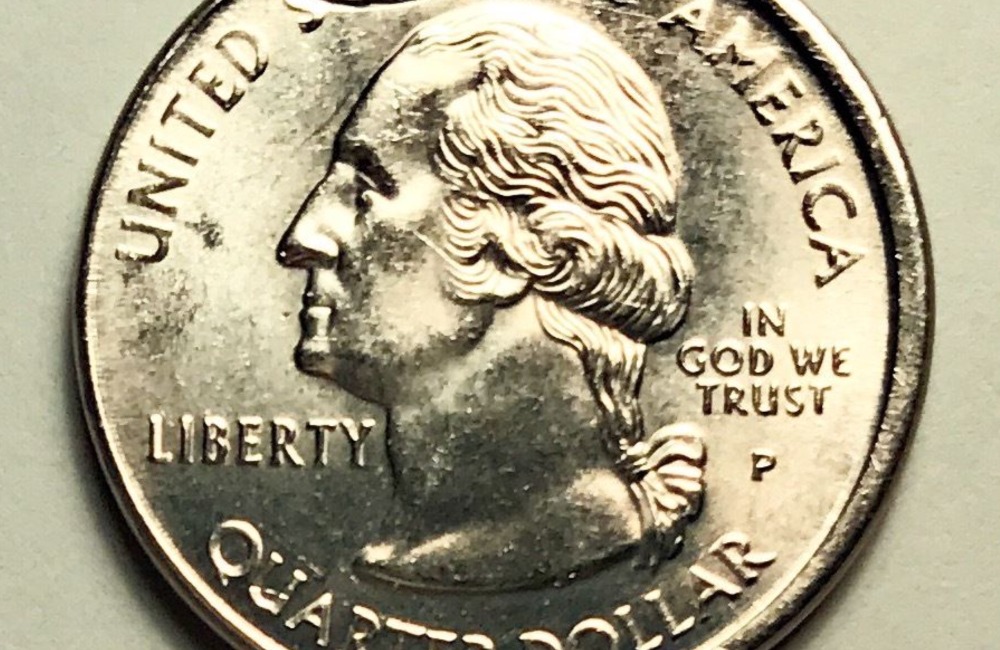 It’s pretty easy to spot if one of these damaged coins has fallen into your hands. Check to the left above George Washington’s head. If there’s a clean half-moon dent, you’re in luck. That $0.25 coin could pay for the next couple of months of that Netflix membership of yours.

The mistakes that the U.S. Mint has made over the years have, eventually, come back to benefit everyday people. In 1955, the U.S. Mint had another of its not so ill-fated mistakes when 20,000 pennies ended up with double-printed text on them due to them being aligned improperly during production.

If found in pristine condition, one of these Doubled Die pennies could be worth close to $1,800. In 1955, when they were minted, however, most of them were loaded into vending machines to be given as change. If you’re seeing double when you look at “Honest Abe,” there’s a good chance you’ve found a coin that could buy you a new Apple MacBook.

The little letter that’s on (almost) every American coin signifies from which Mint it came. For instance, every coin that comes out of the Philly Mint is meant to have the letter “P”. There are 10,000+ known 1982 Roosevelt Dimes that do not have that identifying “P”. 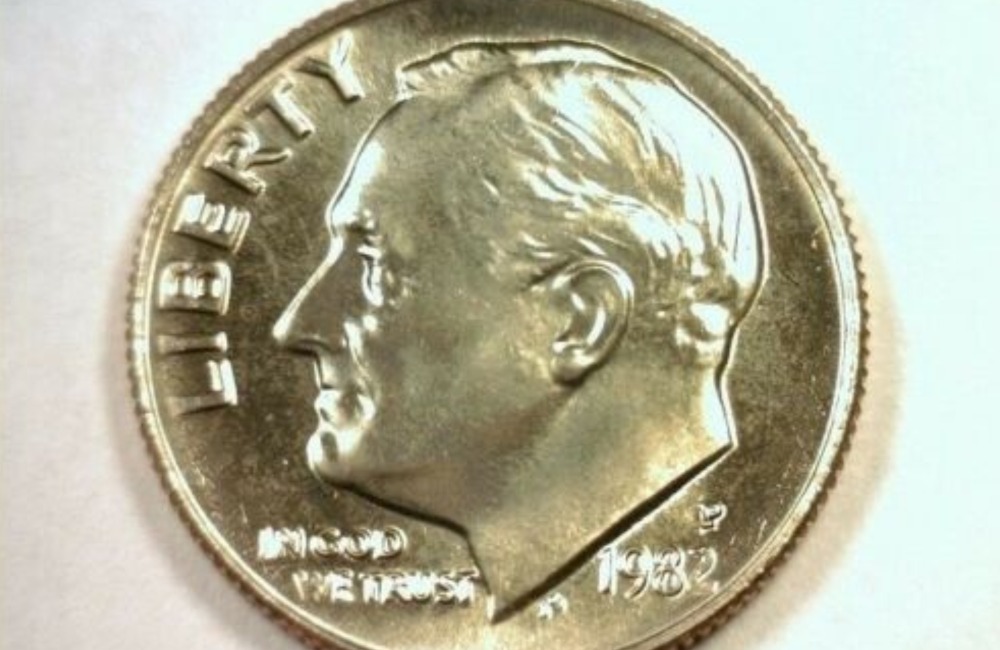 It’s unknown how many of the Mint markless dimes were made; however, with every new one that pops up, each one’s value decreases a little more. On the other hand, $300 for a ten-cent coin is still a pretty good trade-off.

There are few coins with images that depict what it meant to live in a place, and at a time, more so than how the flowing locks of Lady Liberty, on the 1794 dollar coin, displayed the sense of freedom that the first generation of Americans felt in the aftermath of the Revolutionary War. 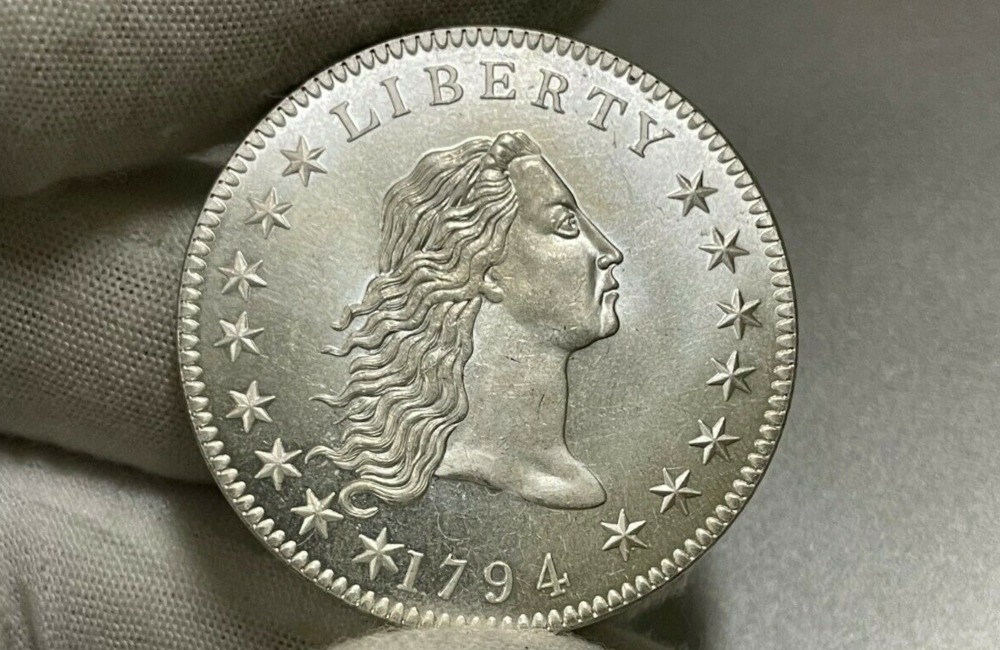 Widely believed to be the first silver dollar ever minted in the United States, in 2013, this dollar coin from 1794 sold for $10 million at auction. Considering only 1,800 were ever minted, and less than 130 of them still exist, it’s no wonder why this centuries-old piece of American history is as cherished as it is.

It’s not very often that a coin from as recent as 1972 is worth more than its face value, but it does happen on occasion. About 20,000 of the Lincoln Cents from 1972 fall into this category. The coins have a few distinct defects. However, because of how many were made, their values aren’t as high as they could have been. 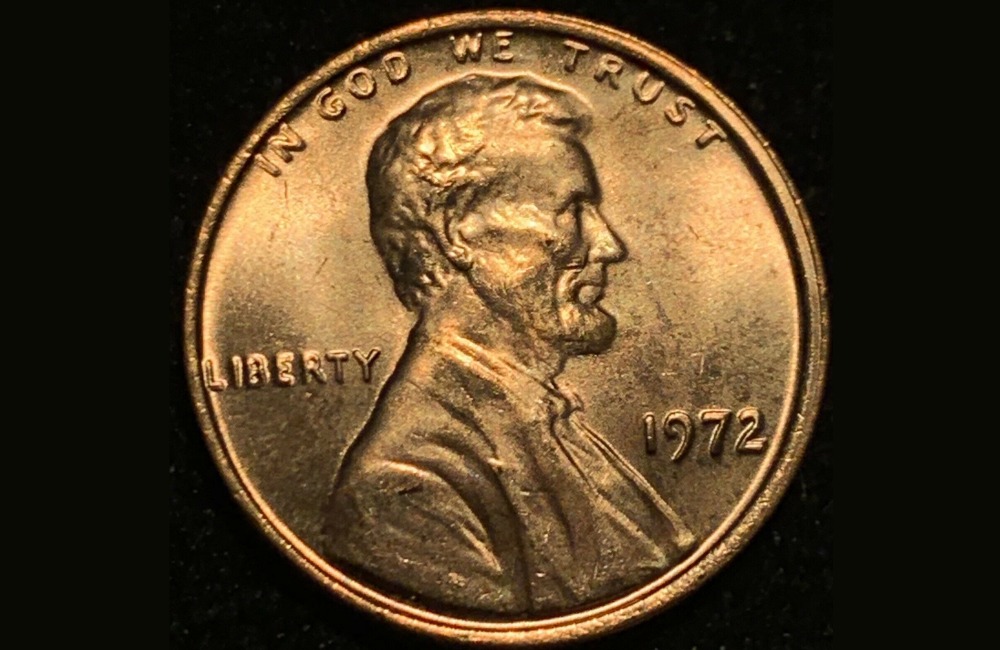 The obvious mistake in this penny’s Minting is evident in its blurry text, which signifies a double (and slightly off skew Minting. The second, and less obvious mishap, is that the “Heads” is on the “Tails” side, and vice versa.

In 1999, two variations of the Reverse Lincoln Memorial penny were Minted. On the rarer of the two, the “wide ‘AM,'”  the “A” and the “M” in “America” are further apart than on the other. The letters “F” and “G” are also closer to the Lincoln Memorial and the rarer “wide” rendition of the 1999 Reverse Lincoln Cent than they are on the more compact “AM” version of the same coin. 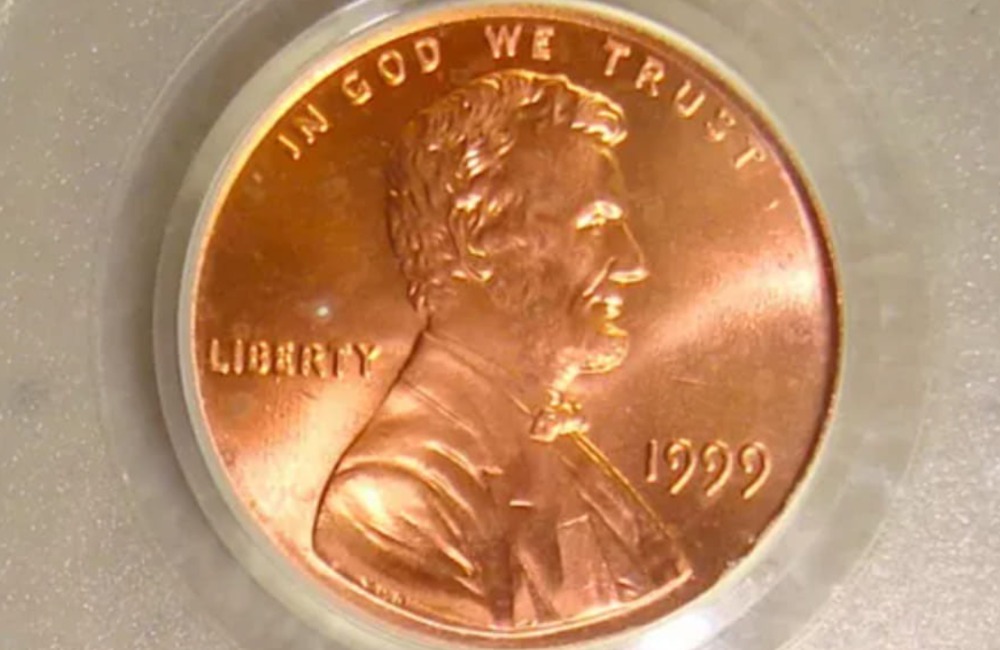 An excellent condition wide “AM” reverse Lincoln cent from 1999 is worth more than $500. Due to the scarcity of the coins, however, even one that’s not in the best condition has sold for $100.

In the late-90s, the Mints in Denver and Philadelphia made the switch to a single hub technique. Due to the single strike nature of the newly implemented technique, the switch reduced the chance of Doubled Die coins being created by 100%. The change in the Minting process also meant that the Doubled Die Lincoln cent from 1995 would be the last Doubled Die coin to come out of the two aforementioned Mints. 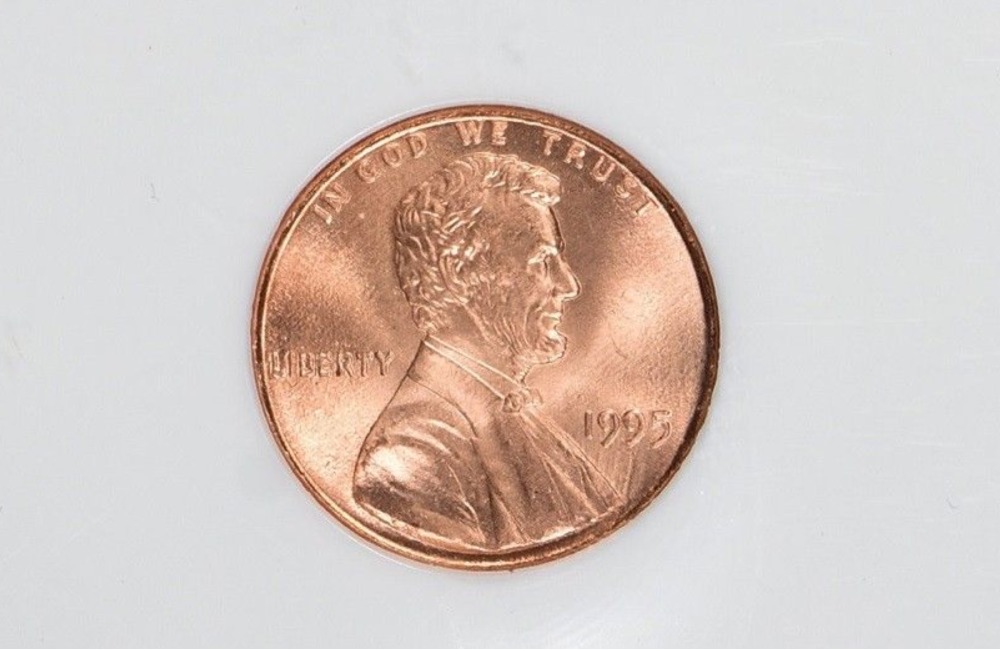 At one time, the 1995 Doubled Die Obverse Lincoln Cent would have fetched more than $300. However, these days, as a result of the increasing number of these coins being discovered, their value has now dropped to around $20 a piece.

About a decade after gaining its independence, but still five years prior to the opening of the federal Mint of America, Ephriam Brasher, a silversmith in New York (and neighbor of THE George Washington), created seven Doubloons. Each had a shielded eagle on one side and the sun rising alongside the New York State seal on the other. 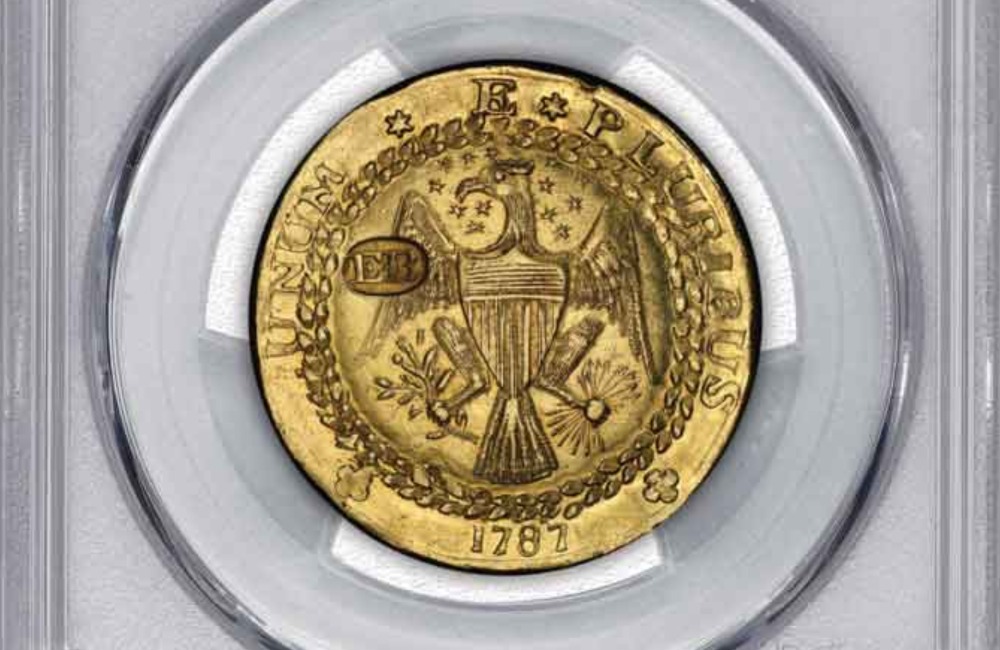 If you’re skeptical about whether someone is trying to “pull a fast one” by selling a Doubloon doppelgänger, there are a few ways to tell if it’s the real thing or not. The coin’s diameter should be approximately 1.18 inches, and the Doubloon should be made of gold in the amount of 0.85-0.86 troy ounces.

The F.B.I’s “Most Wanted” list has long been a scale for Americans to weigh the dangers of each threat to their country. A few decades ago, that threat came in the form of a 1-cent coin – the 1969-S Lincoln Cent. 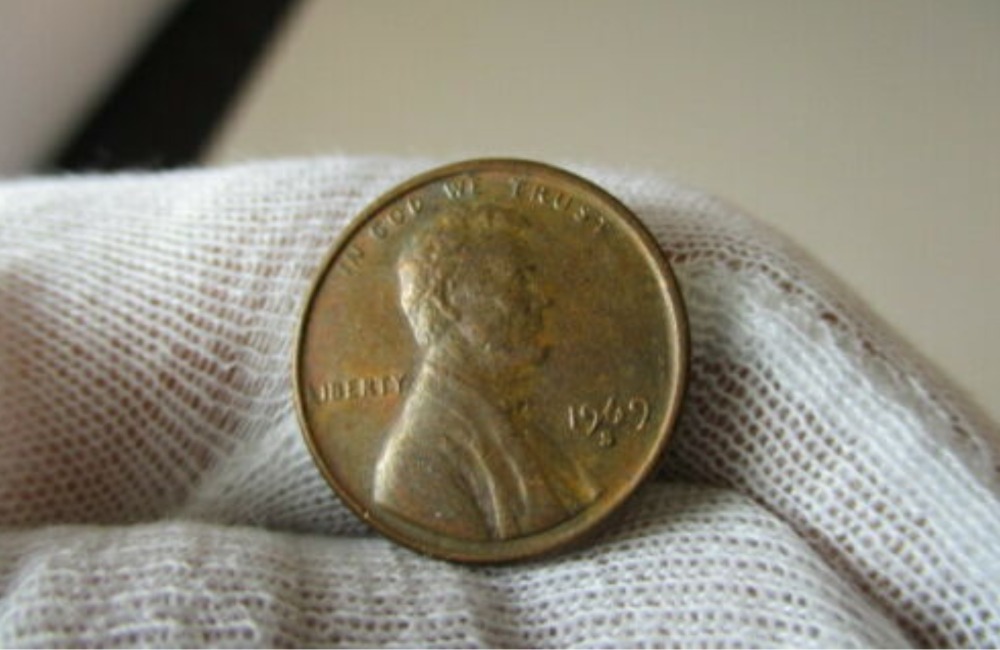 It sounds crazy, but it happened as a result of a failed counterfeiting operation by Roy Gray and Morton Goodman that was meant to infuse countless imposter pennies into circulation. Due to the rare nature of the silhouette style doubled text of the 100 copies, they have sold for anywhere between $44,000 and $126,000 at auction.