Everyone wants a beautiful, glamorous, mansion with an ocean view, a pool, home theater, and tennis court, right? At least that’s what we thought, but it turns out that not every luxurious home is so highly sought after. Just ask the owners of some of the most stunning mega-mansions in the world. Their properties, once considered some of the most coveted homes, are now sitting on the market, proving to be unsellable.

The real estate market is extremely tough to deal with, regardless of what property is being sold. However, when you add in factors such as extremely high property taxes, overvaluation, the owner’s bad reputation, and a bad history of the property itself, you are dealing with an extremely difficult situation.

Celebrity homes are no exception to the rule. In fact, they may even have it harder than the rest of us when it comes to real estate. It seems that celebrity-owned homes aren’t as appealing to buyers as we would have expected. Their mansions tend to spend much more time on the market than other houses and often end up selling for less than the original asking price. Keep reading to take a look at the most expensive mega-mansions that are basically unsellable. Any takers? 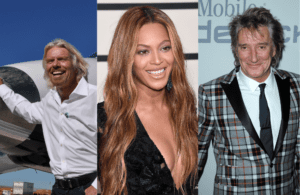 Expensive Hobbies Of The World’s Millionaires And Billionaires
When you’re worth millions (or billions) you have the whole world at your fingertips. So, when they’re not busy being investment whizzes, space-travel masterminds, celebrities or CEOs, what... 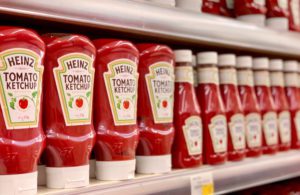 These Companies Are Raising Their Prices – Here’s What to Expect
Sooner or later, as a result of natural inflation, it should be expected that the prices that people pay for products are going to increase, it’s inevitable. Recently,... 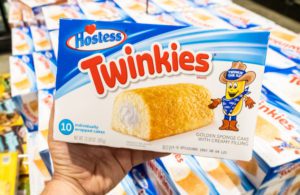 Companies That Bounced Back From Losses
The nature of the free market is that there are highs and lows. The companies on this list, from major automakers like General Motors to restaurant chains like...

Michael Jordan originally put his 56,000 square-foot mansion up for sale for $29 million. Located in Highland Park, Illinois, the mansion has since dropped to less than $15 million as Jordan struggled to find a buyer. The seven-acre estate has been on the market since 2012, and now he can’t seem to sell it for anything at all.

The Nike spokesman and former NBA star even tried to sweeten the deal by throwing in a pair of rare, vintage Air Jordans with the house. So, what’s the problem? Chicago Mag says that the asking price is too high, even for such a large property. No one wants to buy a mansion that will depreciate in value.

As Forbes stated, the market for such a luxury property is far from “limitless.” The fitness perks of the place (such as the basketball court) aren’t really a selling point for someone without the athleticism of Jordan. Also, there was a lot of “culture clash” between the realtors over the high-profile nature of the house, according to The Real Deal.

Goldie Hawn and Kurt Russell are one of the few Hollywood couples that have been together for ages and show no signs of breaking up. The pair, in addition to joint income from movies like Overboard, Private Benjamin, The Thing, and more, also have a side hustle: their valuable Malibu beach house property.

The house, which is Balinese-inspired and located on Broad Beach, went on the market in 2011 for $14.8 million. For nearly three decades before that, the Hollywood couple had been renting it for $95,000 a month. Though renting was profitable, they had trouble selling the beachy retreat.

The Broad Beach estate was built during the seventies, when companies like GM and Exxon were having their heydays. One of the prettiest features of the estate is the flagstone courtyard, which leads you into the tropical-themed home. There is also a remodeled chef’s kitchen, two story great room, and foyer with a huge chandelier.