Traveling is a wonderful way to broaden your horizons and free your imagination, but what happens when millions of people converge on the same destination each year? Some of the most-loved places in the world are actually getting destroyed by well-meaning visitors.

From the Great Pyramids of Egypt to locations used in popular movies, these hallowed sites might not be around for much longer. You’ll be surprised at just how much that Facebook photo ends up costing the environment. Next time you plan a trip, you might want to avoid these spots, so that others may enjoy them for years to come.

The very mention of Bali conjures up images of a peaceful experience in one of the most blissful places in the world, but is that the reality? Over the past decade, the destination has become more and more popular, seeing over six million people flock to the country every year. 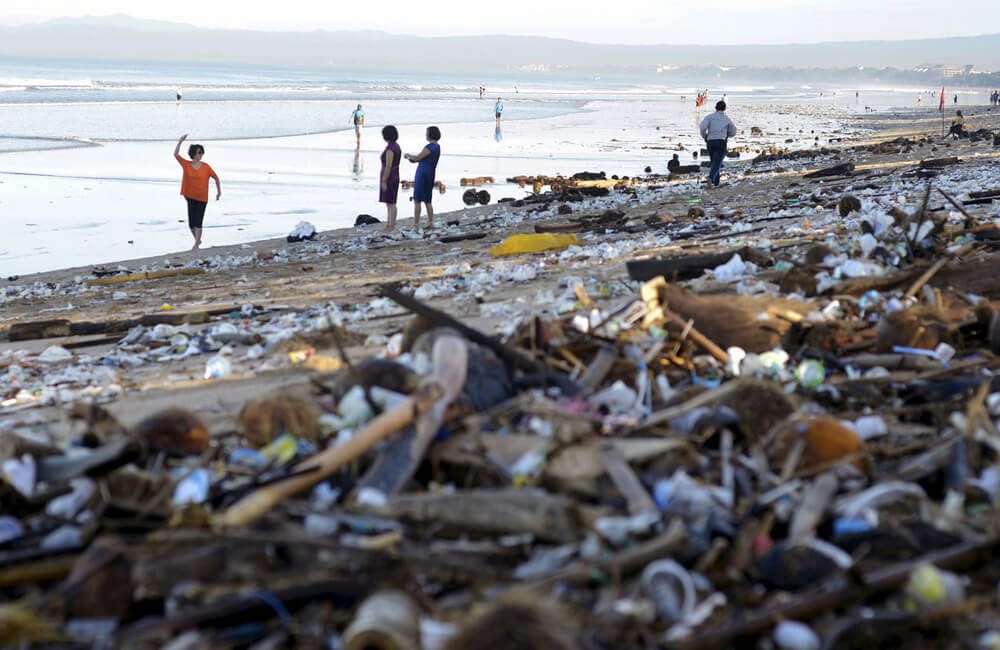 While it has helped boost the economy, some people believe the cultural feel and spirituality have diminished as a result. Numerous newspapers and articles posted on sites like Facebook lament the loss of “the magic of Bali.” However, this is up for debate.

Venice is one of the most unique places in the world thanks to its intricate waterway system. Most of us are used to seeing roads connecting houses, not houses built on water. As a result, the Italian city is very popular with visitors, attracting around 5.5 million a year. 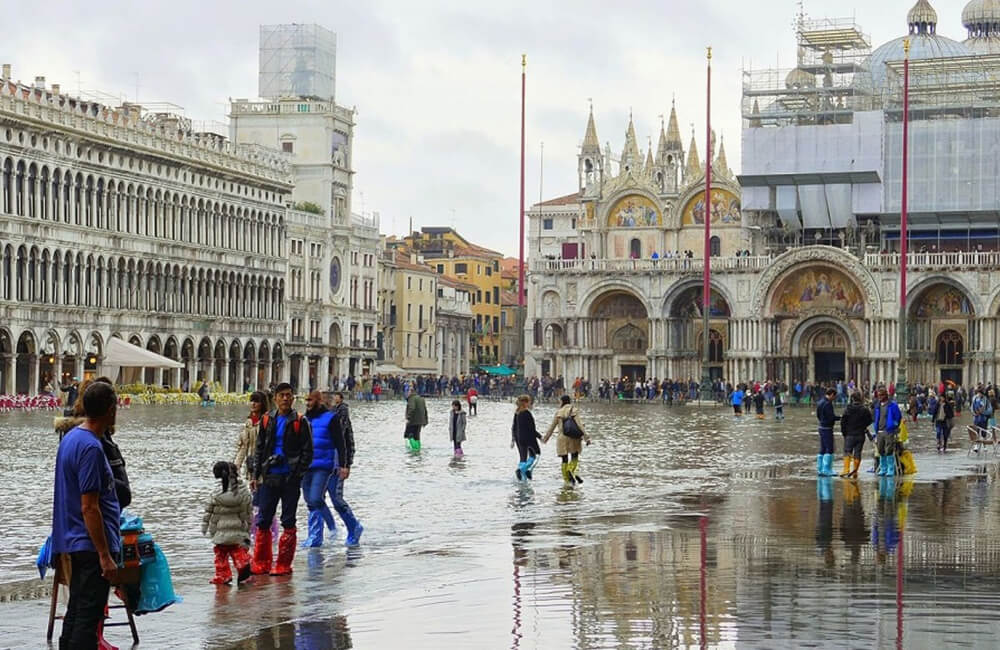 Some local businesses thrive from the influx, but tourism can create issues for locals. Residents can find it hard to go about their usual business in the peak months with such a high amount of tourists around. Tourists mean more queues and more of a strain on local services, but we don’t see that in the movies.

Mount Everest is the one to beat for experienced climbers, but it’s not exactly an easy task. Climbers bring tons of equipment with them, as do their teams. Even the most well-meaning teams can end up leaving somewhat of a trail of trash behind them, from food wrappers to oxygen tanks. 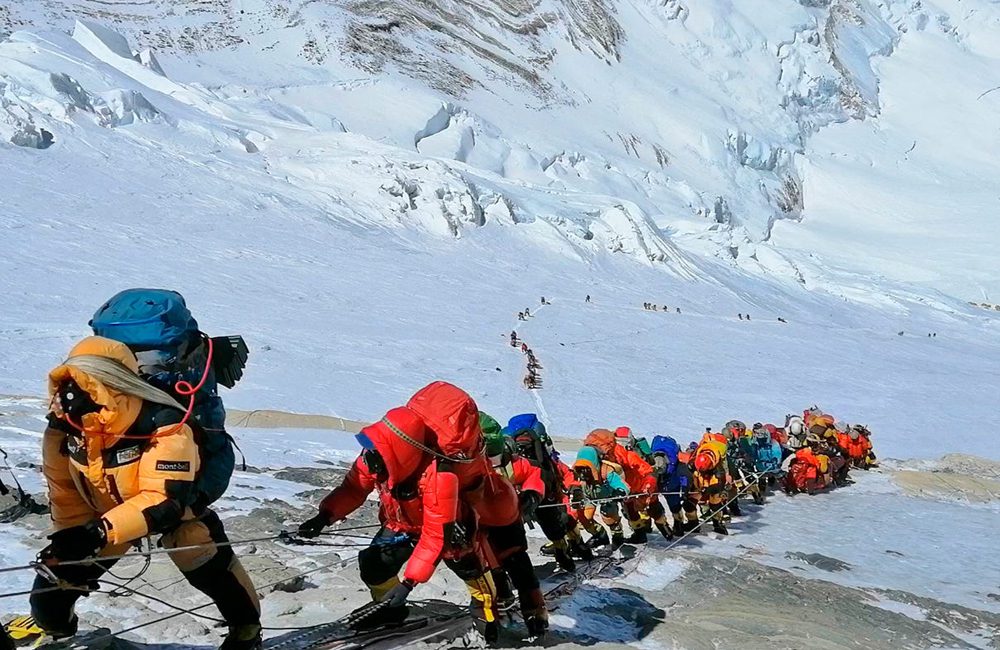 Although the number of people that climb Everest is less than 1,000 a year, the environmental impact is notable. Plus, it’s not unusual to see big groups of climbers at the same time, which can be a logistical nightmare.

Petra in Jordan is a site of major historical importance, with intricately carved temples situated in gorgeous pink sandstone cliffs. Given its meaning, it’s natural that tourists would want to see it in person. However, the site is delicate and with over 1 million people milling through there every year, it has to take its toll. 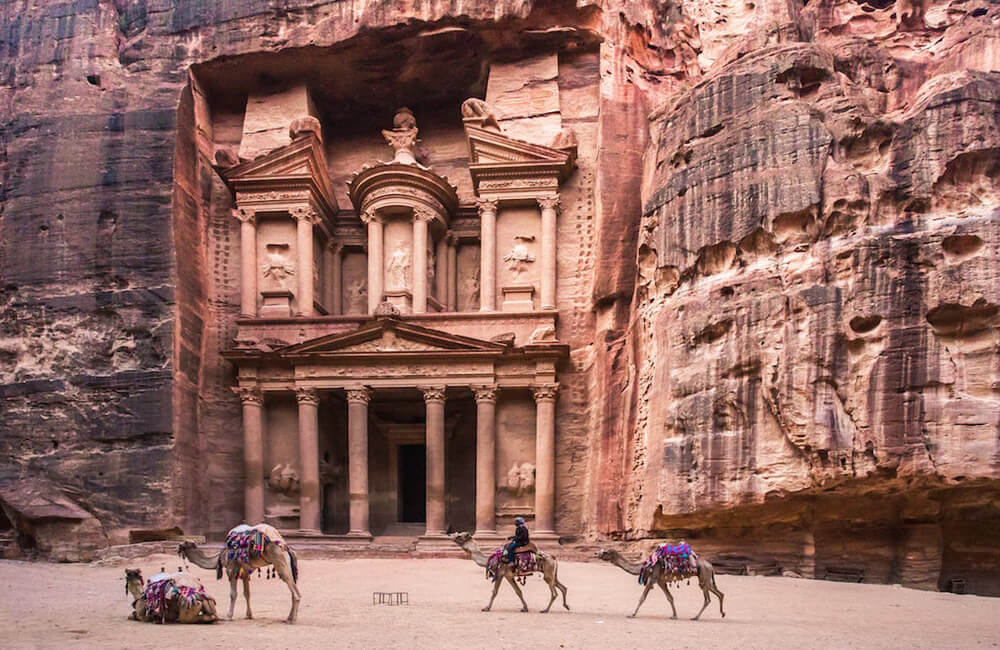 Sandstone isn’t the toughest material out there, so it can easily be worn down. What’s more, some also believe that the sacredness of the site is being erased because of the sheer volume of people that go through there every year.

The island of Cozumel is set just off the coast of Mexico in the Caribbean Sea. Thanks to its location, the site is surrounded by blue water and is home to some truly spectacular sites. It’s a popular tourist destination, with over four million visitors stepping foot on the island in 2018. 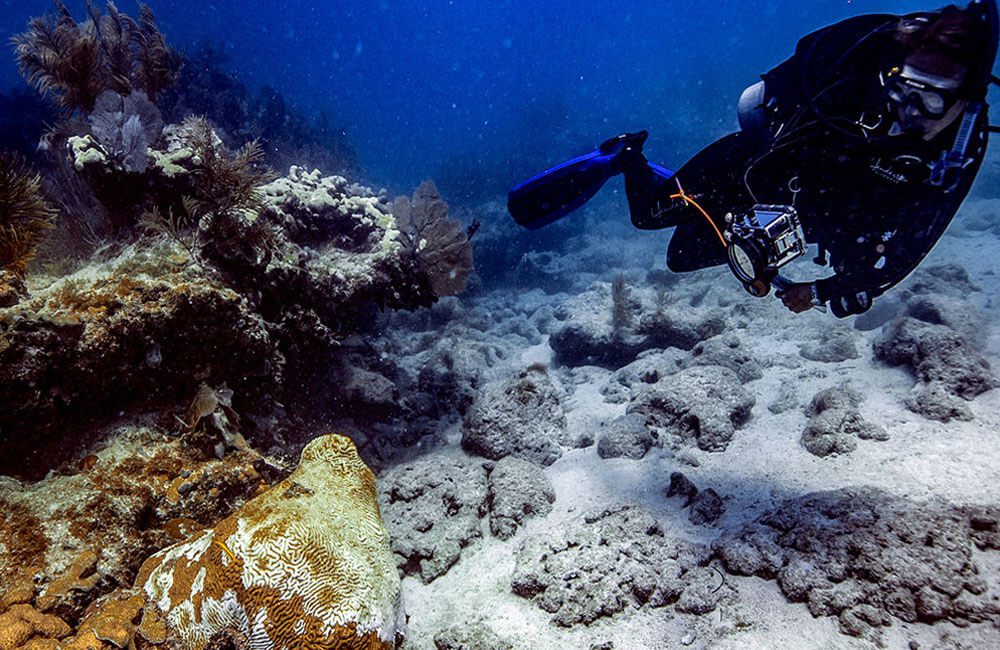 The island is home to around 100,000 people, which seems like a paltry amount considering just how many visitors it gets. Although a lot of businesses rely on the tourist industry to stay afloat, Cozumel is starting to see the impact of over-tourism. Some of the fauna on the island is already endangered, as are some animals, and the once-beautiful coral reefs are bleaching at an alarming rate.

Tourists Per Year: 500,000*
Damages: Severe damage to the site, including toppled walls

Machu Picchu in Peru is legendary as one of the few remaining sites from the Inca era. Over 500,000 people visit the historical citadel every year. While most are respectful, accidents can and do happen. In 2020, a group of tourists visited the site at night, causing a stone wall to topple. 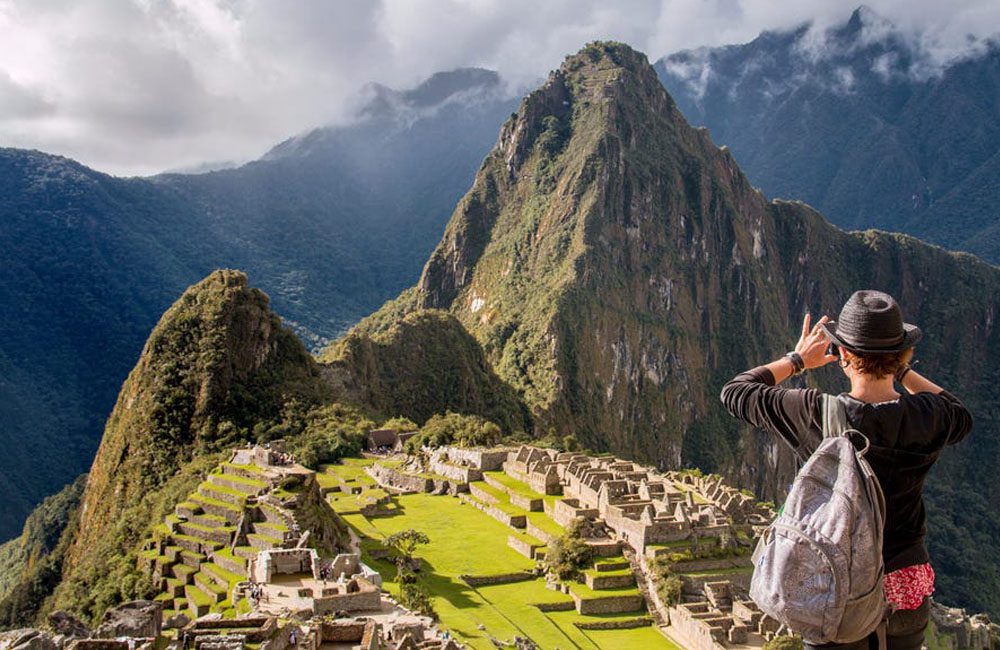 The wall, which was part of the Temple of the Sun, fell around 20 feet and caused further damage to the floor. It’s not clear exactly how much it would have cost to repair the priceless site, but it can’t have been cheap – or easy.

It’s hard to imagine now, but there was a time when Burning Man was a much smaller festival that was only visited by a tight-knit group of people. Over the years, the reputation of the Nevada-based event grew, causing more and more revelers to buy tickets. 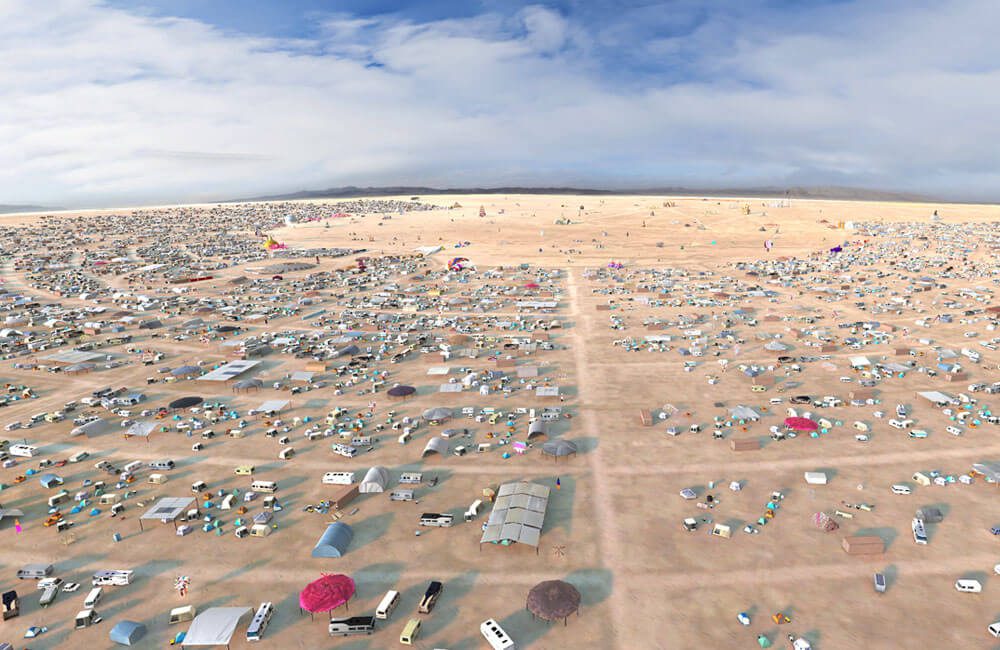 Now, around 80,000 people flock to the festival each year. As you might expect, the cost of throwing the festival has skyrocketed, both literally and to the surrounding environs. The end bill is somewhere in the region of $10 million, with a large portion of that allocated to the immense clean-up, as the festival is taking a toll on the Black Rock desert.

There are plenty of things tourists expect to see when visiting an island in the Bahamas, but pigs swimming in the water isn’t necessarily one of them. Pig Beach is a specific spot located in Exuma, an island in the Bahamas. To tourists, it’s just a fun place to take Insta-worthy pictures, but to a colony of feral pigs, it’s home. 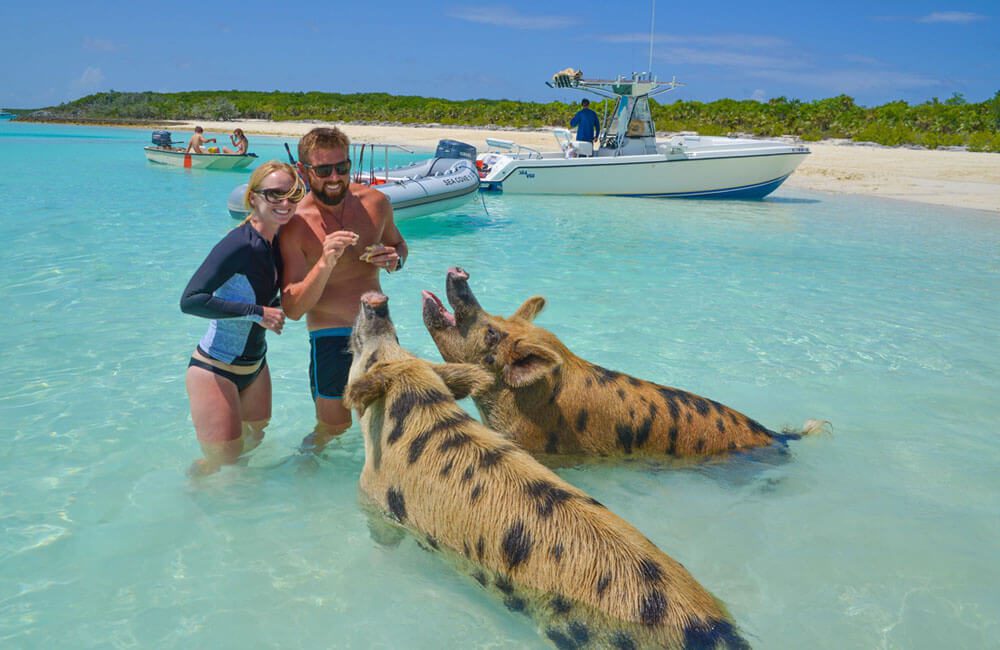 Needless to say, visitors love seeing the pigs rolling around in the sand and taking a dip in the crystal-clear water. You might spot several snaps of the pot-bellied cuties on sites like Pinterest. Unfortunately, with the increased number of tourists comes people who feed the pigs human food and garbage, which has been making them sick.

There are some things in the world that make for unlikely tourist destinations. Bubble Gum Alley in San Luis Obispo, California, is one of them. The downtown hotspot is a popular destination as it’s 20-meters-long and covered in chewing gum left by previous visitors.

It’s probably not the most hygienic place to visit in the world, but it’s certainly one of the most unique. The damage caused to the wall reaches up into the tens of thousands, with some locals calling it an eye-sore that should be fixed.

Ibiza, an island in Spain, has been a destination for those wanting to let loose on the club scene for years. With plenty of huge bars and clubs to choose from and bustling nightlife, tourists often flock to the city in their droves. 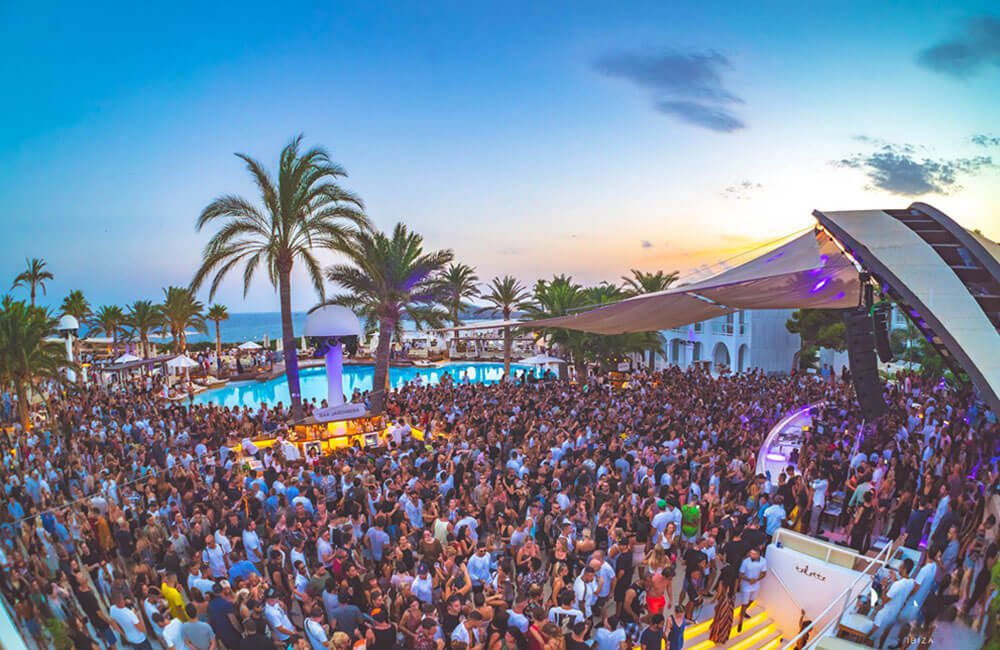 That being said, the hedonistic, all-you-can-drink atmosphere isn’t always great news for Ibiza. Tourism trade is essential, but it also means that there is more damage that can all stack up to create a hefty bill. The local culture has been all but obliterated, and the noise pollution and trash left by partiers are destructive to the local environment.

As a country, Switzerland is breathtakingly beautiful, with plenty of natural sites and wonders to appease the weary traveler. It has acquired quite a reputation, with over 1.3 million tourists visiting the area every year, which detracts from the natural beauty of the location.

The main issue regarding Lake Lucerne and the amount of tourists that visit is just how busy it can become. In 2018, a cliff-diving event saw tons of visitors take to the lakes on inflatable rafts, but it was so incredibly busy that they were all bumper to bumper. Needless to say, the threat of drowning multiplies during this time.

The Taj Mahal is a truly striking palace that sees over 4.4 million people visit it each year. It is undeniably one of the most important tourist attractions in India, but while the country is happy with the economic boost, it can also present an issue. 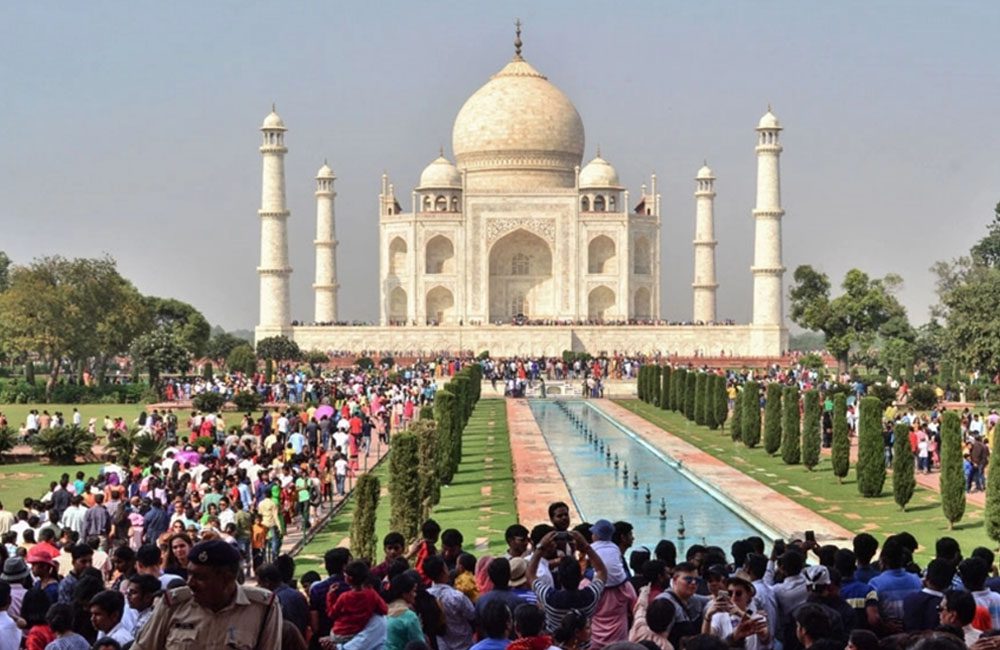 In a bid to stomp out overcrowding, the local government decided to put up ticket prices and introduce a fine for those that stay at the location for too long. Even with this, visitors flock in their droves to the Taj, seemingly undeterred. This makes it difficult for anyone to snap that perfect picture of the beautiful landmark.

Vietnam is a tourist hotspot for many reasons, but one street, in particular, used to be incredibly popular with tourists. Train Street in Hanoi fascinated visitors because of the 117-year-old railway track that runs straight through a bustling street lined with cafes and homes. 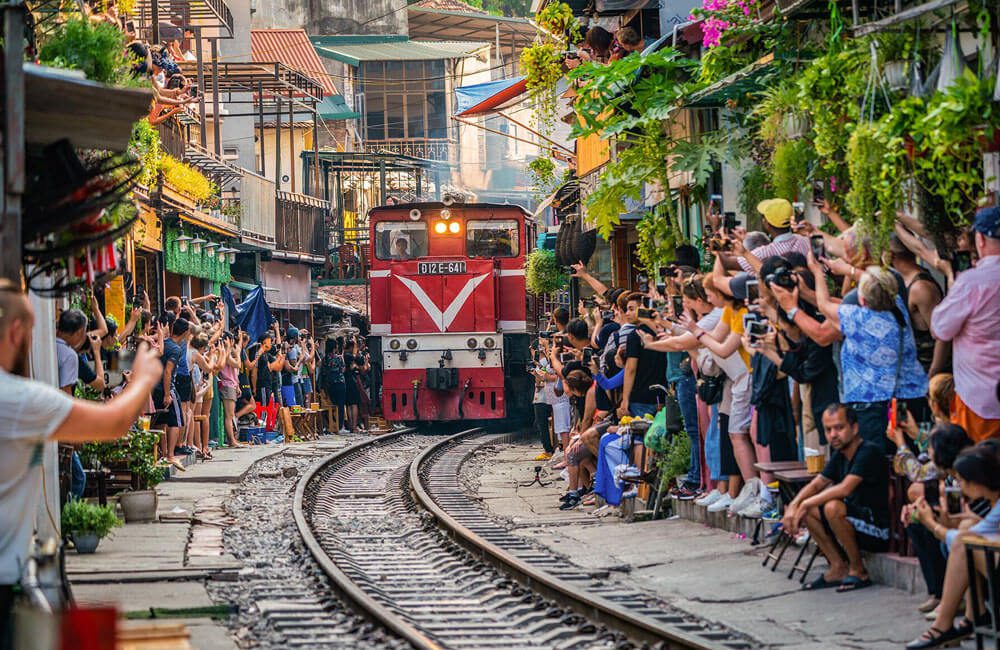 It was all well and good until legions of selfie-taking tourists became an issue. The sheer number of people stopping to take photos made the operating train track a hazard. In 2019, the local authorities ordered all local businesses to close their doors on the street to put off visitors.

Tourists Per Year: 300,000*
Damages: Devastation to the fauna

Iceland has plenty of scenic spots, but the Fjadrargljufur Canyon only became popular after featuring in a Justin Bieber music video in 2015. After that, more people flocked to the site than ever before, with visitor numbers increasing by over 100,000 per year. 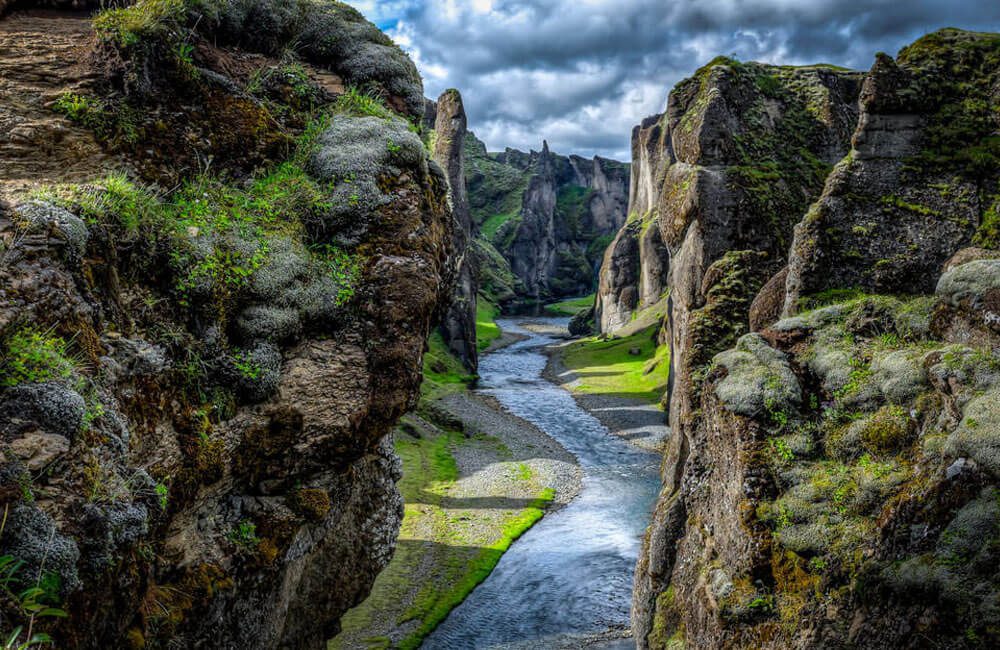 What was once a nice place for locals to walk became a worldwide sensation. Sadly, the increase in numbers meant that a lot of the local fauna was totally devastated by the foot traffic. In 2019, local authorities were forced to temporarily close the canyon in order to do some maintenance work.

Advertisement
Lowest-Earning Movie Roles for Famous Hollywood Actors
When it comes to the biggest names in Hollywood, we always imagine their work coming with contracts of millions of dollars. How else could they afford the lavish lifestyles we all envy and follow in the tabloids? For many actors, it hasn’t always been that way. Some take a pay cut because of inexperience, the […]
Renovation Trends That Decrease The Value Of Your Home
Putting your own stamp on your home is perfectly natural, but have you ever stopped to consider just what your personal touches do to the value of your home? Everything from painting to tiling choices and beyond could impact how much future buyers are willing to pay.  It’s not always as simple as going to […]
These 25 American Jobs Will Be Replaced By Robots In The Future
For decades, people have been concerned about the possibility that machines might one day turn on those who have created them and begin the A.I. revolution that the Terminator franchise so drearily predicted. Thankfully, to date, “Judgement Day” has not taken place, however, people continue to tread the thin line that separates humans from machines.  […]
Best Cars Coming In 2022
The world slowed down in 2020, and car production was delayed, causing the vehicle market to become stagnant. Life is getting back to normal now, and 2022 has some very exciting offerings, as far as new cars go. Judging from this list, new vehicles in 2022 are expected to pack quite a punch. Features like […]
Advertisement