Dining out can be a great experience, especially if you happen to stumble across a themed restaurant. While eating in a place with coffins for tables or beds for seats might not be everyone’s idea of a good night out, there’s no denying that the world loves a quirky spot that serves decent food.

There are some incredible places that have gone all out to provide guests with unique experiences. Some have flourished into highly lucrative chains, while others were doomed to fail. Either way, there’s something about these places that makes Darden’s Olive Garden look a little bit vanilla.

When coming up with different ideas for themes, there are certainly plenty of avenues to go down. In recent years, some eateries are making the most out of technological advances by incorporating different elements into the guest experience. Hajime Robot Restaurant in Bangkok, Thailand, is one of them. 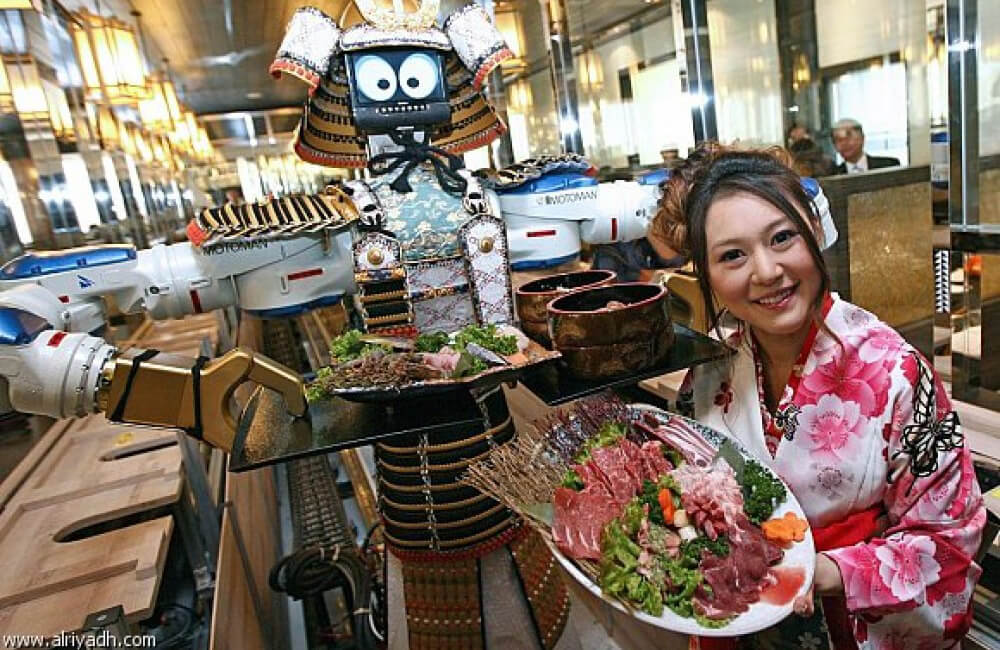 This incredible spot certainly looks the part as the servers are entirely robotic. The chef is even a robot, although there is some human help around as you might expect. The concept is loved by locals and tourists alike, especially as Hajime is the first restaurant of its kind in the world.

If you wanted a completely different dining experience in Chicago, then Tommy Gun’s Garage was the place to be. When you stepped inside, you were taken all the way back to 1929. Staff were hired actors that were paid to talk and dress like flappers and gangsters, but despite opening in 1987 and being active for over 30 years, Tommy Gun’s Garage became another victim of 2020. 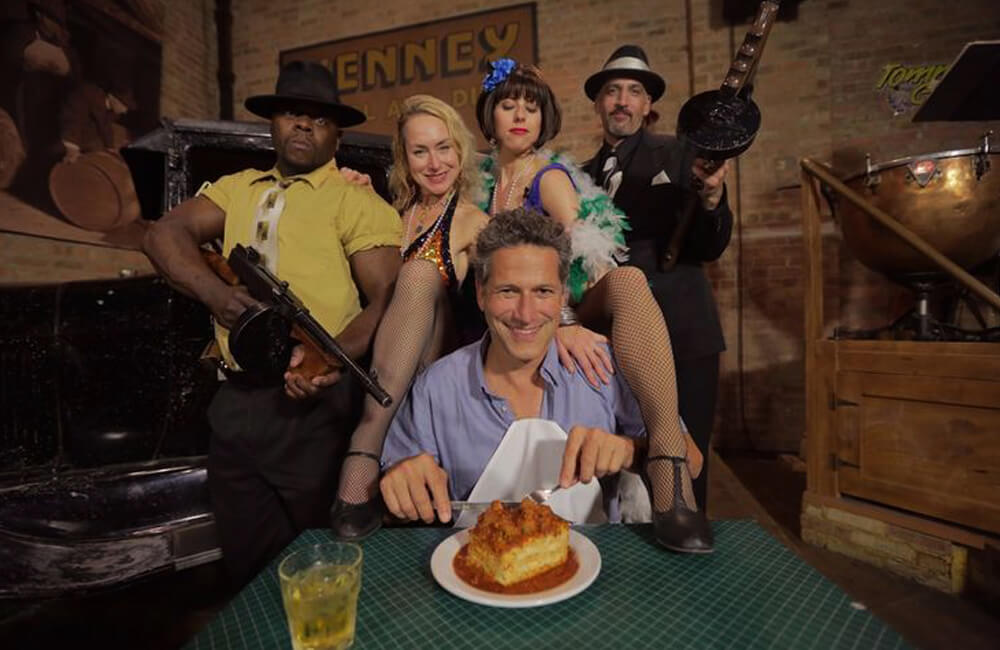 In June of that year, an employee wrote on the Facebook page, “We will not be opening back up. Sadly due to how long the shutdowns were, we would have never recorded. Thank you for your business and concern.”

Barbie may seem like an all-American girl, but the dolls were originally manufactured in Taiwan. As such, the country holds a special place in its heart for Barbie in all her various guises. In 2013, locals were pleased when a Barbie Cafe opened its doors. 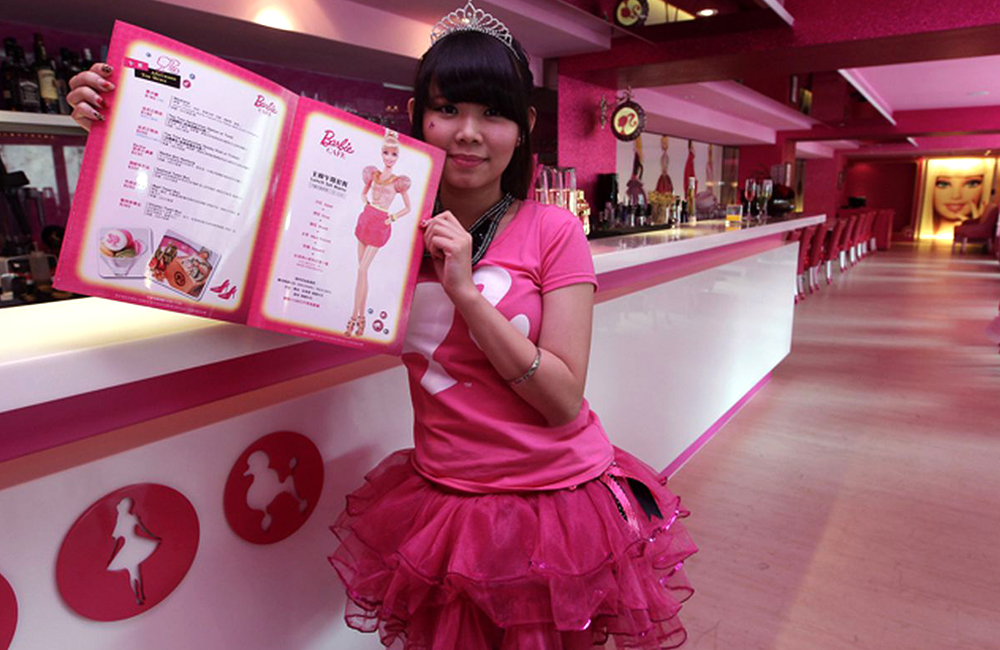 As you can imagine, the restaurant is bright pink – it is Barbie’s favorite color after all. It’s also full to the brim with Barbie memorabilia, while the staff is kitted out in Barbie tops and matching tutus. The cafe is still operational but did close for some time in 2020.

There’s something undeniably genius about calling a restaurant B.E.D. In 1999, Miami, Florida locals were busy asking their friends, “Do you want to go to B.E.D?” The name totally fit with the theme of the restaurant too, which had beds instead of tables. While it may not have been the easiest place to keep clean, it did look lavish and decadent. 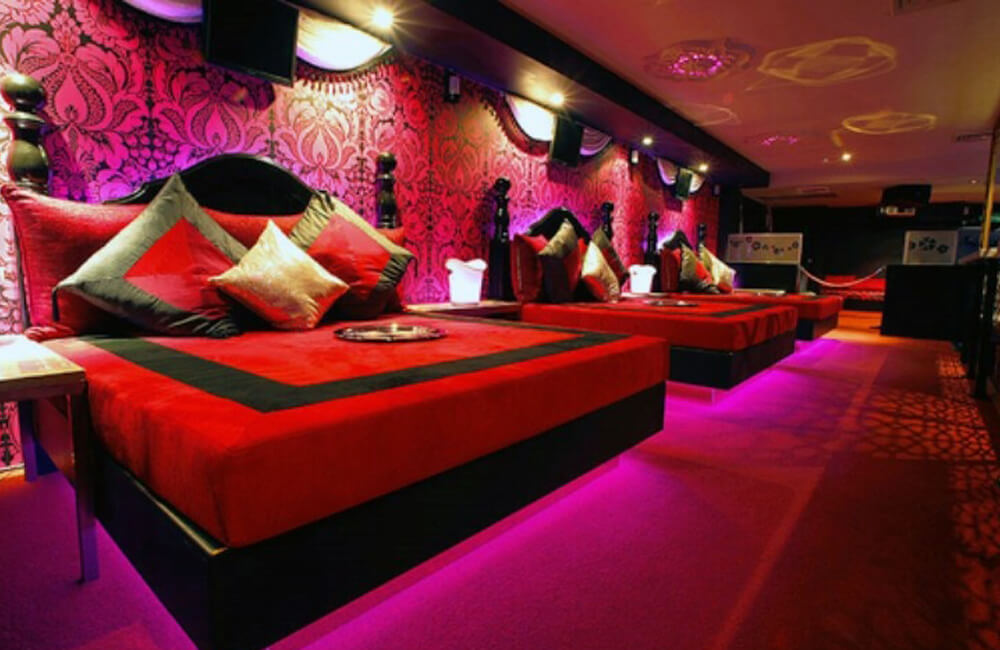 The restaurant also had a club vibe, which may be why it struggled to find its identity moving forward. After switching hands several times, the joint eventually closed for good in 2011, much to the chagrin of local die-hard fans.

You just don’t get restaurants like Bahooka anymore. This eatery was a true piece of California history, having first opened its doors in 1976 when Tiki bars were all the rage. The entire aesthetic of the location relied heavily on multiple fish tanks and Rufus, the resident pacu fish. 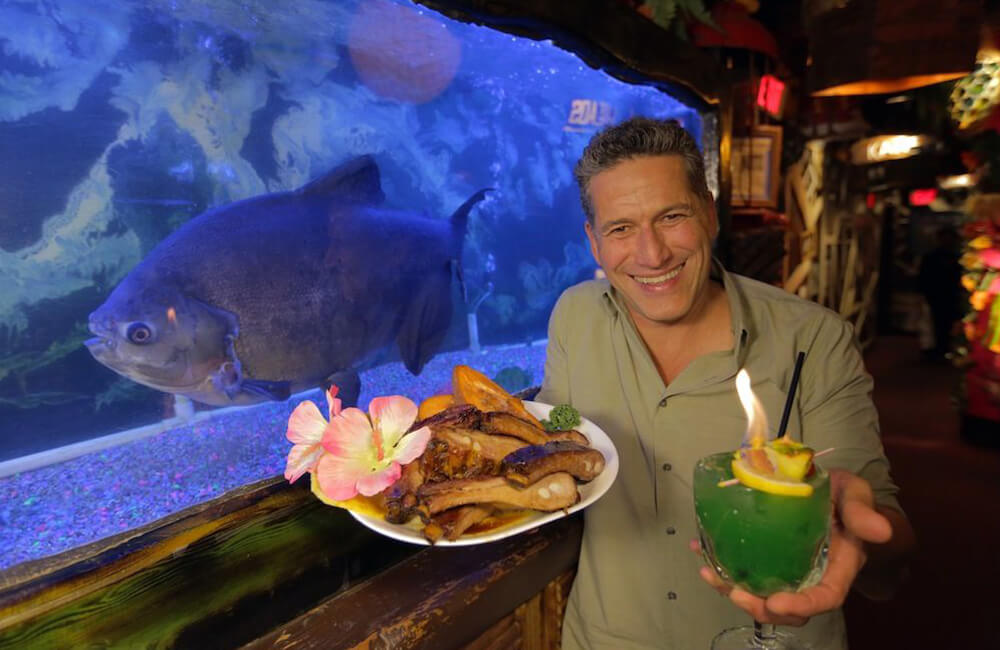 When the restaurant announced its closure in 2013, locals and tourists were devastated. Apparently, the long-time openers didn’t have the time to run it anymore, and subsequently, the location was sold. Fans were more concerned that Rufus would find a new, loving home.

A lot of restaurants opt for fancy lighting, fine decor, and plenty of ambiance, but what happens if you turn everything off and make it pitch black? One Vegas restaurant decided to try it out by offering up an “extraordinarily mouthwatering culinary journey” that is a feast for the senses. 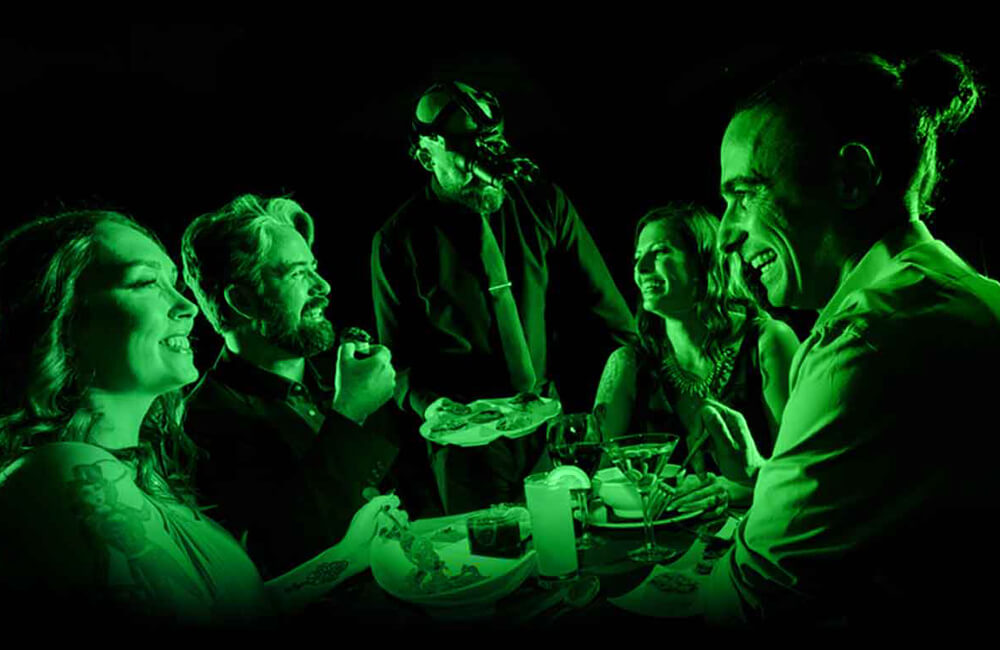 As you might expect, the group dining out can’t see a single thing, but the server has a special headset that helps them see in the dark. You won’t be told what you’re eating or what it looks like until after the meal is over when the menu is revealed. By all accounts, visitors love it.

Many people absolutely love Halloween, which is why Washington D.C’s Beetle House probably seemed like a safe bet to owners when it launched in 2019. The restaurant exploited all things about spooky season, from the macabre decor to the themed menu. 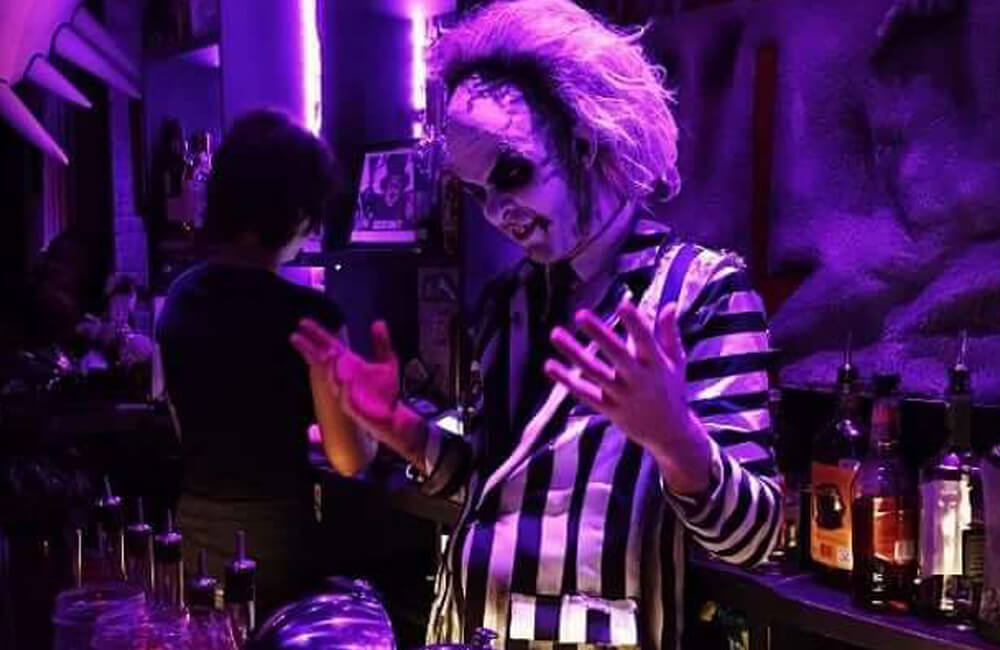 Sadly, the owner Zach Neil riled a lot of locals with comments about the bar scene in Washington D.C prior to the opening, which certainly didn’t help the business take off. In fact, Beetle House closed just three months after it opened. It was a grisly outcome for an already ghoulish concept.

When The Lockhart opened in Toronto, Canada in 2015, it had a lot of buzz around it. The chic and sophisticated cocktail bar has a very subtle Harry Potter theme that’s just enough to entice muggles through the door. The bar became a popular location almost overnight, delighting customers with magical drinks and even Harry Potter drag bingo nights. 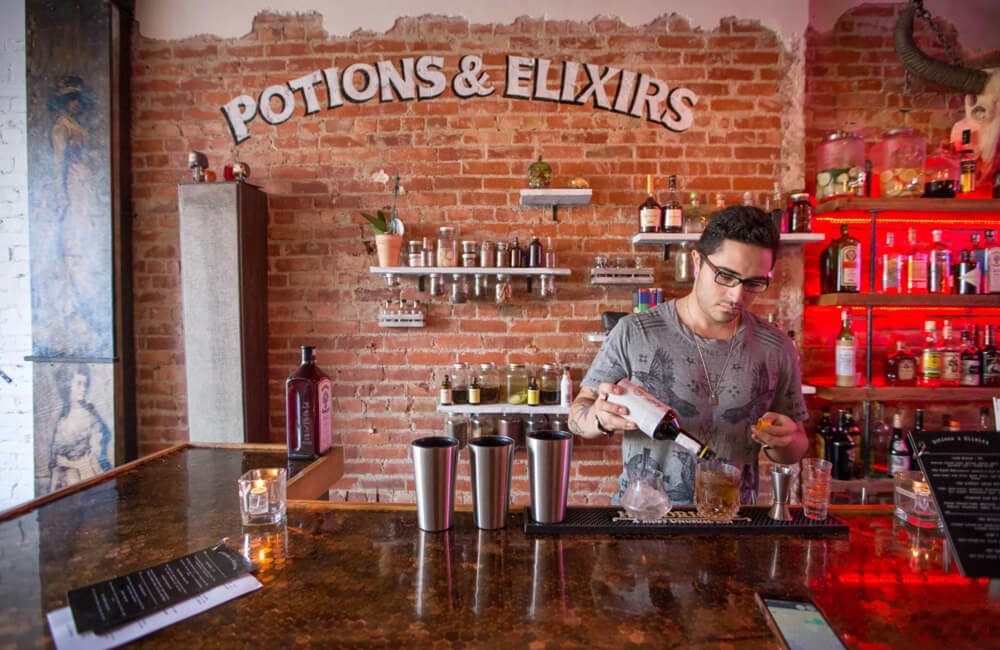 However, it looks like the bar became another victim of the year 2020. Judging by the lack of updates on the Facebook page and the expired website, The Lockhart could be closed for good. There doesn’t seem to be any conclusive information online detailing the fate of this haunt.

Paris is the City of Love, but it’s also one of the fashion capitals of the world. Haute Couture has been popular in this bustling destination for decades, so opening a fashion-themed restaurant called Sweat Shop just seemed to make sense in 2010. 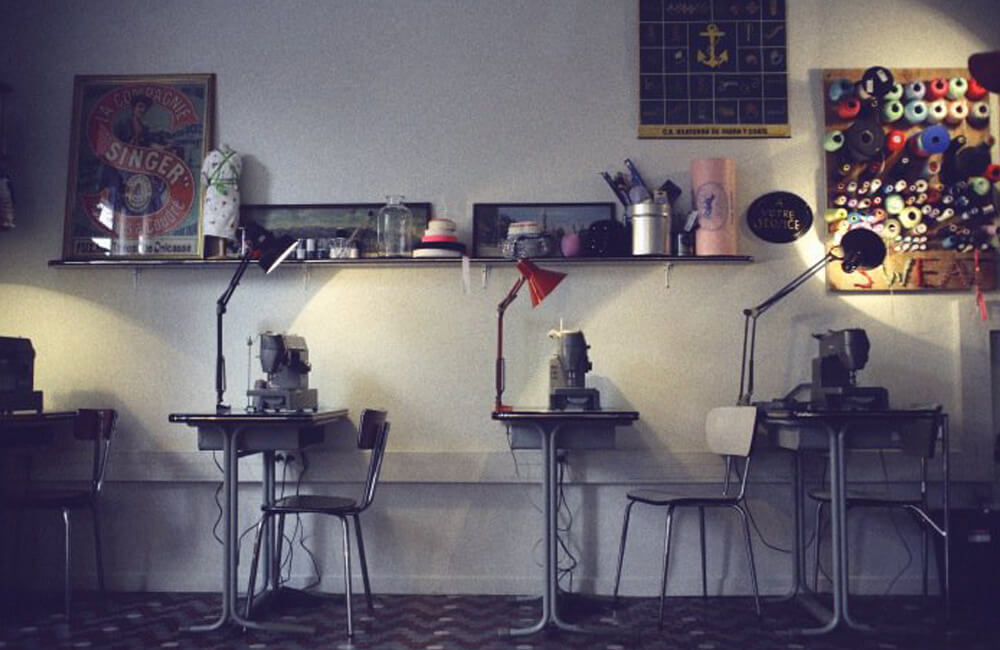 The incredibly chic location was more of an art project for designer Sissi Holleis. The sewing-themed cafe immediately caught the attention of big publications, from the New York Times to Elle and Vogue. Sadly, it wasn’t built to last and closed its doors several years ago, although the exact date isn’t clear.

This concept made headlines in 2017 for good reason. It’s not every day that you can eat dinner while also being 50 meters in the air. Of course, this particular restaurant in Dubai isn’t for the faint of heart. Normal seats are exchanged for seats with strong belts. 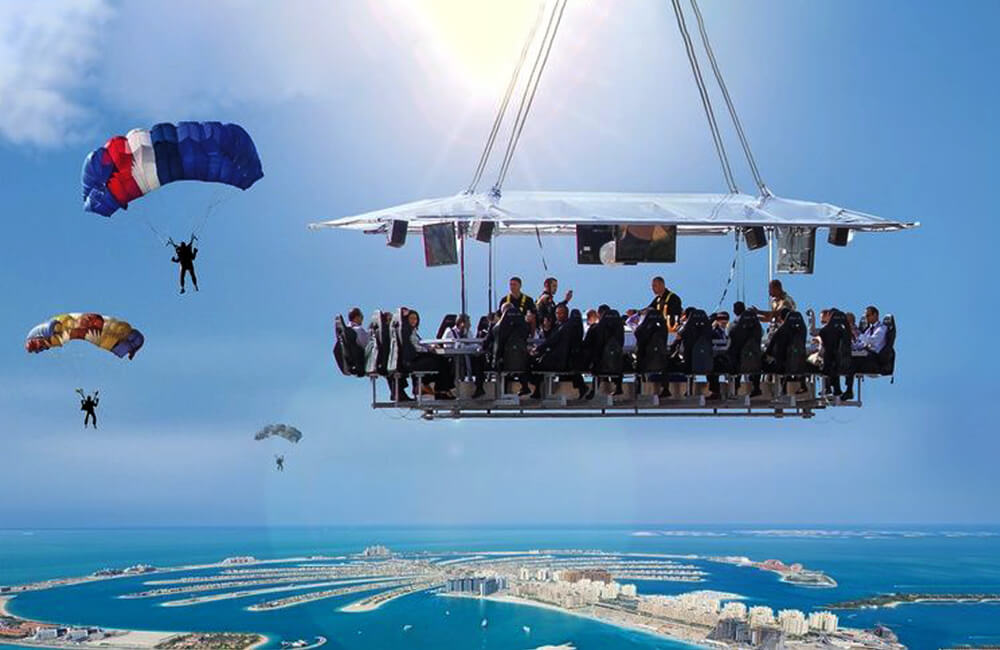 What’s more, the food is exceptional as it is prepared by chefs from the Ritz-Carlton hotel. This isn’t your usual dining experience, but a luxury that can only be enjoyed in the air. Thankfully, the restaurant is incredibly safe as it is supported by 12 huge metal ropes, so diners need not worry. The downside? There aren’t any bathrooms.

White Limozeen is a rooftop bar located on top of the Graduate Hotel in Nashville and it pays a huge homage to the iconic country singer, Dolly Parton. The entire bar is covered with over-the-top pink, white, and gold decorations including velvet chairs, crystal chandeliers, and tons of fringe. 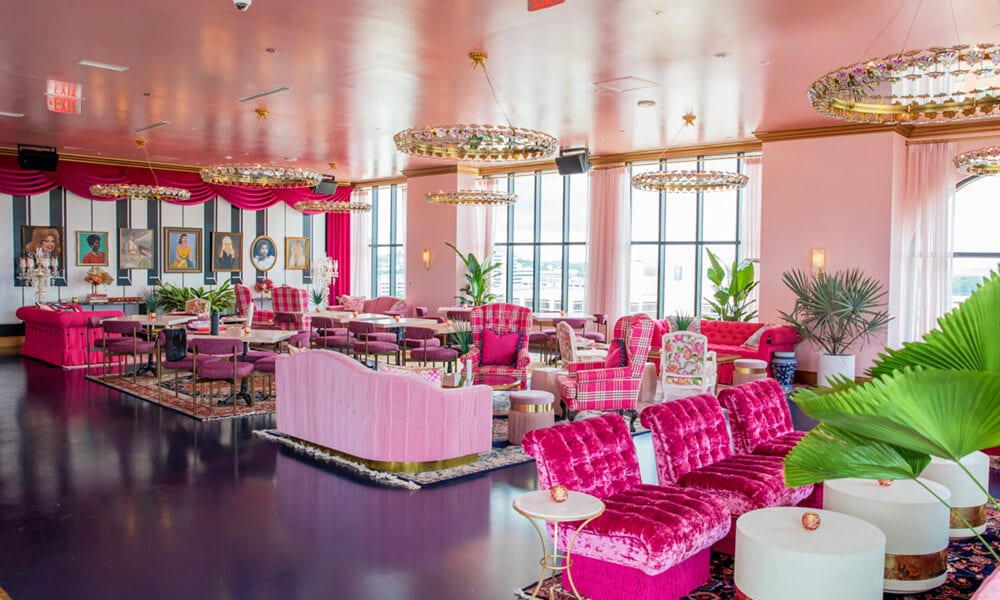 The iconic bar is named after Dolly’s album which was released in 1989. Guests can expect quite an opulent experience, decked out with delicious drinks, food, and maybe even a visit from Dolly herself.

Ninja New York sounds like a thrilling place to chow down, but what was it all about? Ninja originally opened in Tribeca back in 2005, but initial reactions to the restaurant weren’t all that great. Some thought that the Japanese theatrical eatery was just too much, but it remained popular enough to stay open for 15 solid years. 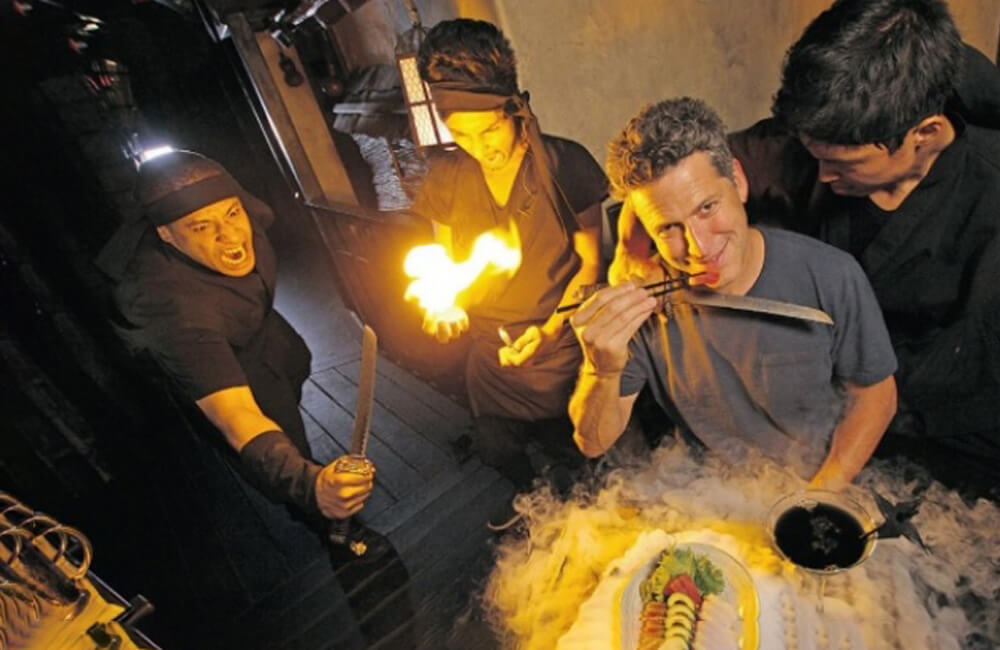 Sadly for long-time fans, Ninja closed for good in 2020. At the time, it seemed like a snap decision, but during a year that has ripped the hospitality industry to shreds, it wasn’t that much of a surprise. Diners will miss the dark atmosphere, torches, and all.

Japan knows how to do themes, which is probably why Alcatraz ER did so well when it opened up a few years ago. The entire aesthetic was downright creepy, mixing elements of an old jail and a hospital together. The menu was also just as dire, offering sausages billed as “human intestines” and brains served inside a fake head. 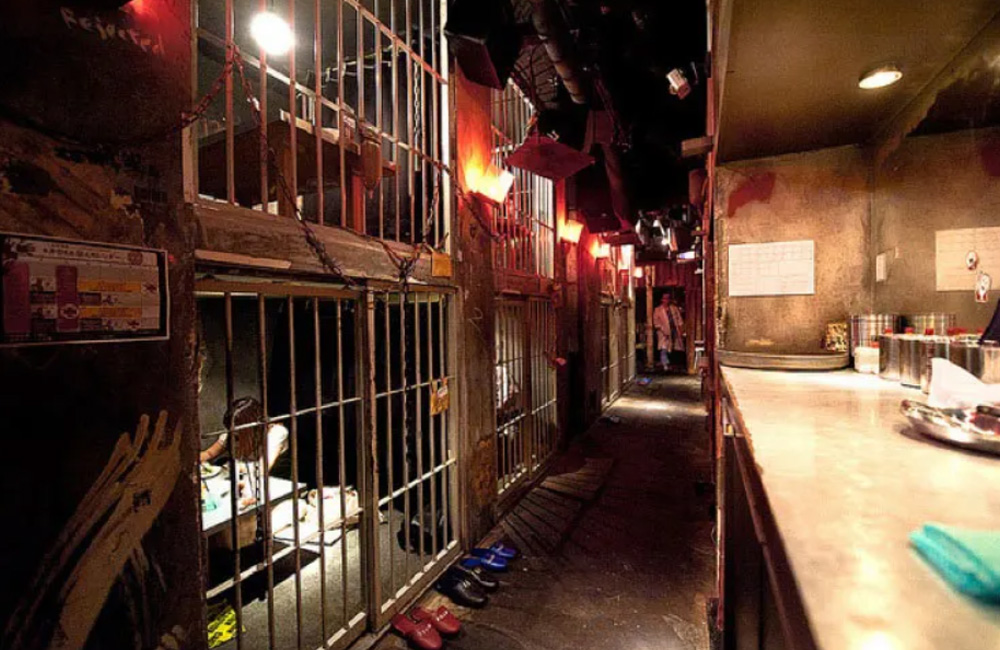 There was something about this culinary experience that wowed some visitors, but others found it too much to stomach. Alcatraz ER ultimately closed down, but it was a novel concept, even if it wasn’t one that lasted for a life sentence.

Singapore is full to the brim with incredible restaurants and places to eat out, but Aurum offered up something new to locals and tourists when it was established in 2007. Manager Clement Lee oversaw the design which saw guests eat at tables while sitting in wheelchairs. Aurum’s macabre aesthetic included a morgue as a reception area. 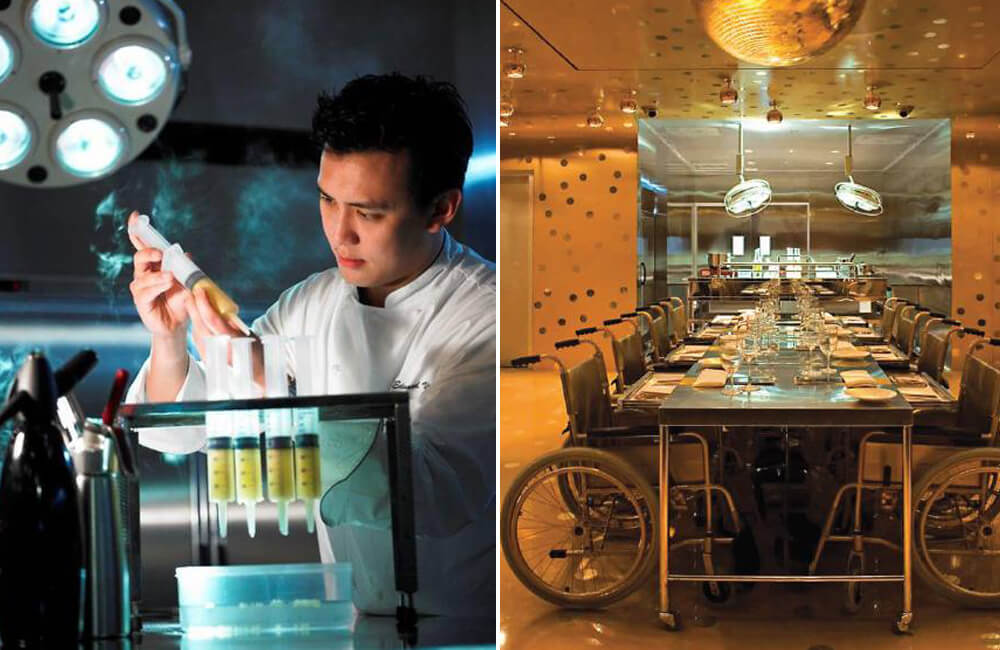 The city is no stranger to themed restaurants, but this particular one proved too much. It’s not immediately clear when Aurum closed its doors, but perhaps the fixtures and fittings went on to feature in a Sony horror movie. Stranger things have happened!