Houses may be built with bricks, but they take on lives of their own. Sometimes, the historical significance of a house relies purely on who owned or occupied it over the years. There are plenty of properties across America and beyond with incredibly important ties to everything from musical icons to titans of industry.

Fans become enamored with the idea of seeing how the likes of Henry Ford lived, with many of these locations becoming dedicated museums. The big question is, are they worth millions because of their history, or are they simply grand homes in prime locations?

Frederick Douglass was a big deal. As one of the most important African Americans in history, anything to do with his life and childhood is highly treasured. That includes his home on W Street, SE, in Anacostia, Washington, D.C. The stately-looking home still stands and was inhabited by Douglass up until his passing in 1895. 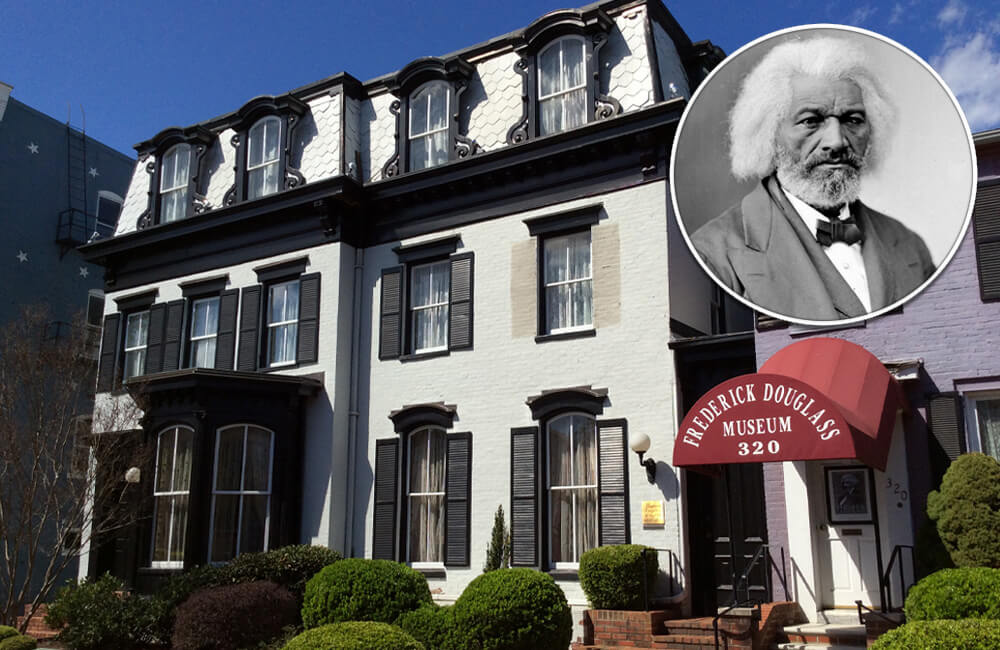 Known as Cedar Hill, the property has great views across the entire city thanks to its hilltop location. It is now home to a museum dedicated to its former owner. You can take a virtual tour via YouTube if you can’t visit in person.

As the capital city of England, London offers up a wide scope of neighborhoods. Some are dicey, while others are among some of the most affluent areas in the world. Belgravia is one of the latter, and that’s where famed composer Mozart spent some of his time. 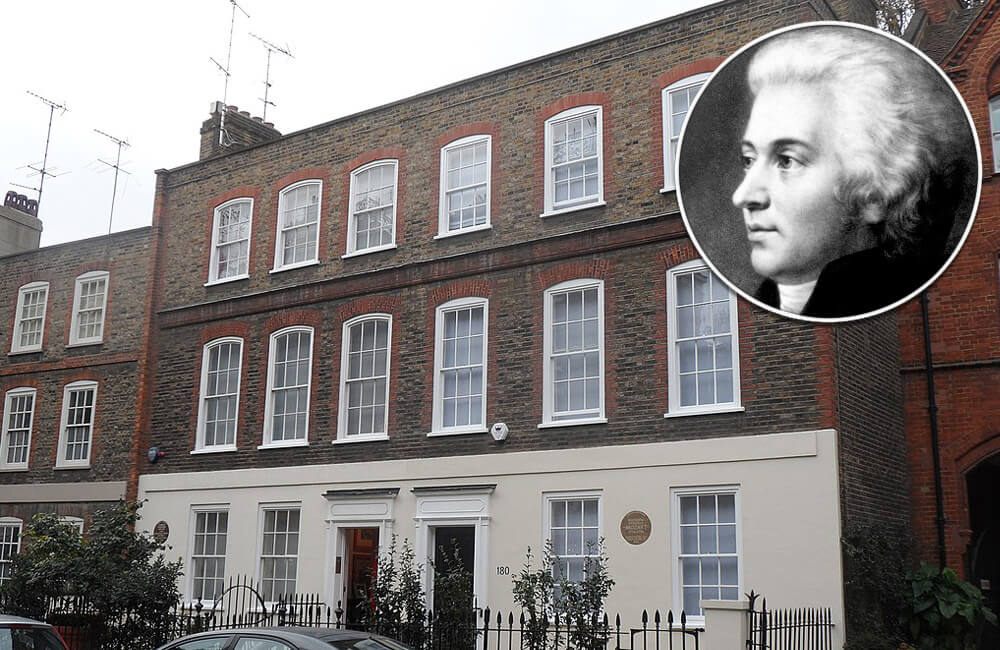 Mozart traveled extensively around Europe with his father as a child. According to the history books, it was on one such trip that he stayed in this Belgravia residence. While there, he happened to compose his first symphony at the tender age of 8. The stunning home is now thought to be worth almost $10 million.

Perhaps he’s not quite as famous as Mozart, but Edward “Duke” Ellington was hardly a novice composer. The famed musician was born in Washington D.C., subsequently spending many of his formative years there. He lived in this Columbia Heights house from 1919 to 1922. 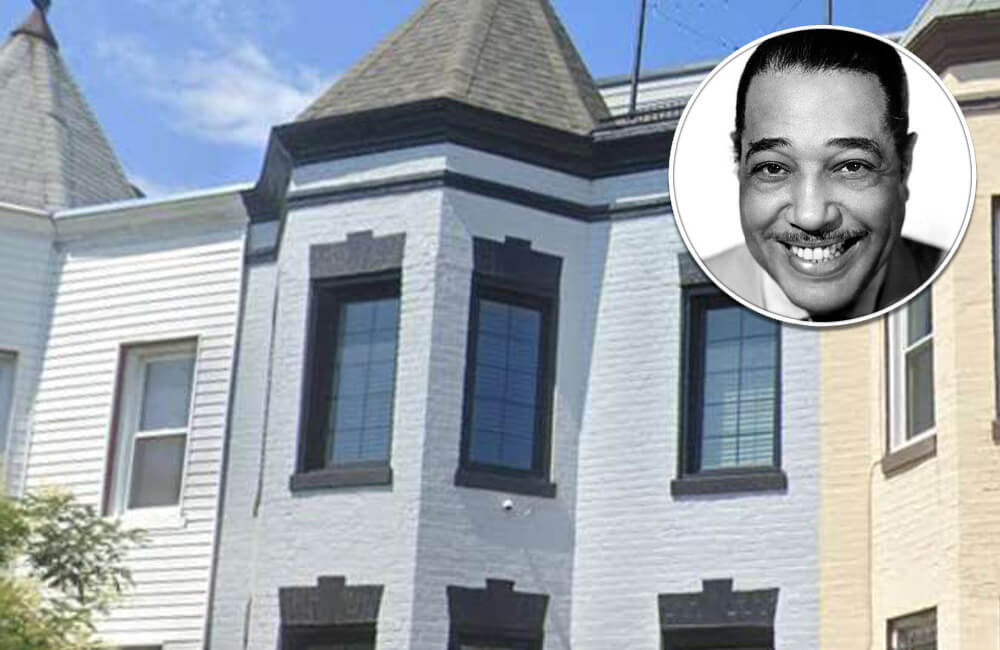 He may not be a top-selling Sony artist, but what Ellington did for the jazz scene can’t be underestimated. Today, the home is thought to be worth at least $499,000. That’s a darn sight more than some other historical properties, which isn’t to be sniffed at.

George Washington, the first president of the United States, built Mount Vernon as his plantation home. The home is located on the Potomac River, near Alexandria, Virginia. The Washington family had owned a large plot of land there since 1674. 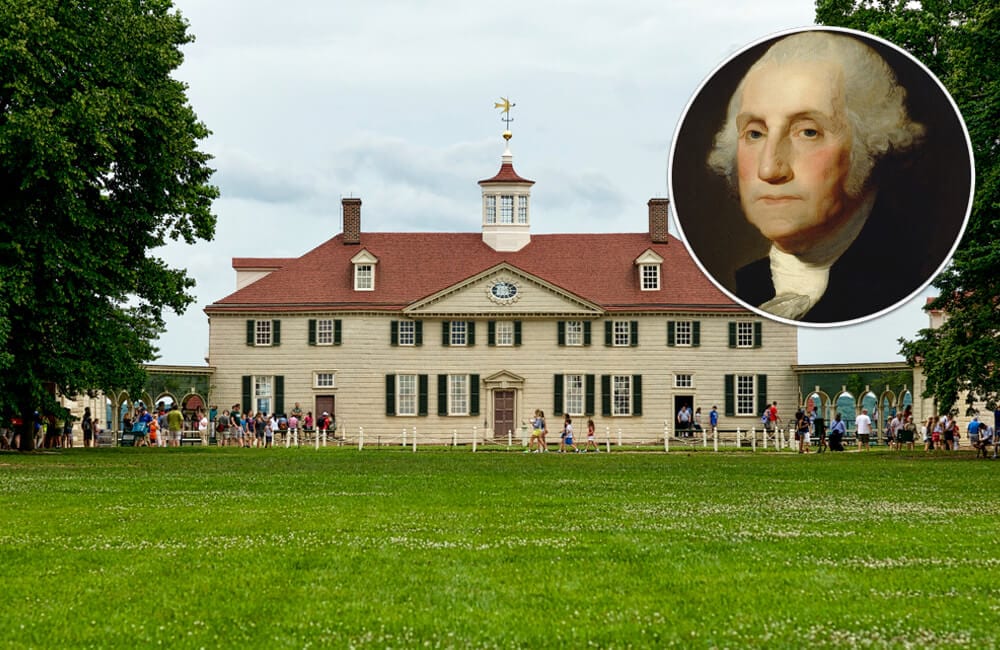 In 1734, the Washingtons expanded the estate, and that expansion continued under George, who began leasing it in the mid-1750s before he became Mount Vernon’s only owner in 1761. The home was built of all wood in the Palladian style. Washington lived there until the end of his life in 1799, and it then passed through several generations of his family until they were no longer able to afford it.

“Painted Ladies” is an American architectural term, referring to Edwardian and Victorian houses that have been repainted in three or more colors, which embellish their architectural details. The term became used first in the 1960s. It was first—and most famously—used to describe houses in San Francisco. 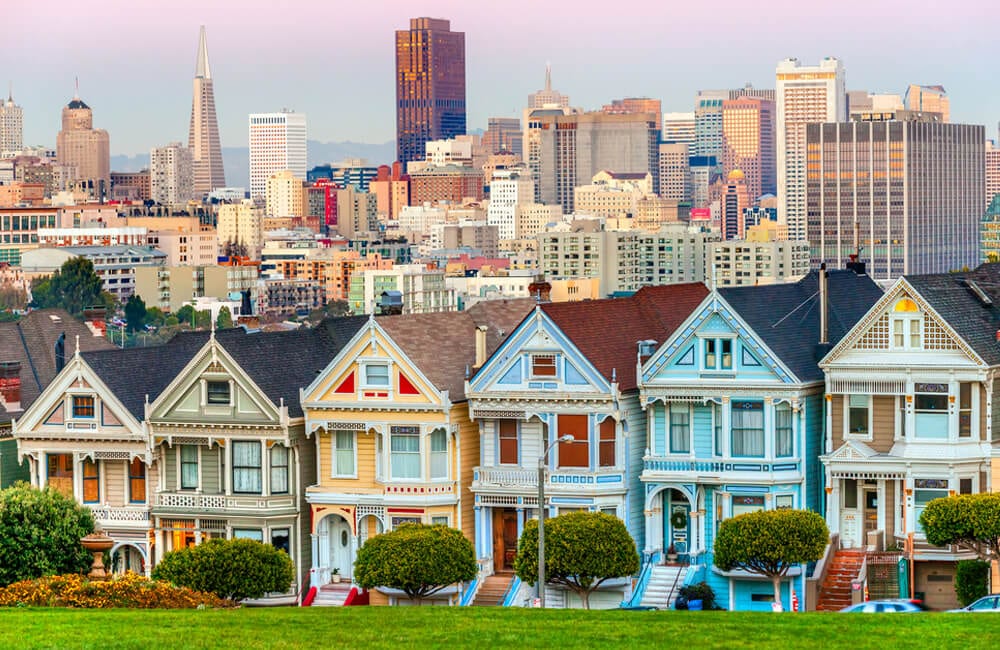 The Painted Ladies in San Francisco were completed after WWII was finished. During WWI and WWII, many of these homes were painted gray with Navy paint that had been left over from the War. After both wars ended, the homes were redone. Butch Kardum, an artist, was the first person to paint his home with bright colors. Though he was criticized at first, his neighbors soon followed his trend-setting.

Author William Shakespeare has had such a strong cultural impact that his birthplace, like many birthplaces of the famous names on this list, has been preserved over time. Shakespeare’s Birthplace is a restored sixteenth-century half-timbered house that is located on Henley Street in Stratford-upon-Avon in Warwickshire, England. 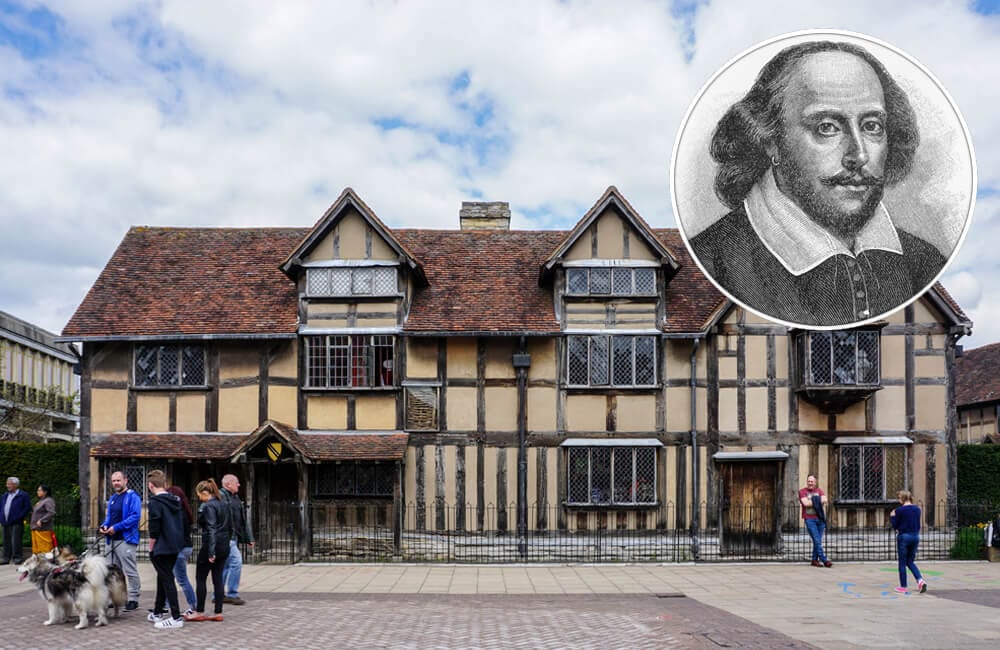 The home is where Shakespeare was born in 1564, and it was where he spent his early childhood years. The home is now a museum open to the public and owned by the Shakespeare Birthplace Trust. The tiny abode has been nicknamed a “mecca” for all those who consider themselves “lovers of literature.”

Famous pioneer Daniel Boone was one of the first folk heroes in American history, and his home has remained an NHL for years. The historic site, located in Defiance, Missouri, was built by Nathan Boone, Daniel’s son, who lived there with his family until 1837 when they moved south.

Boon described his home as a “substantial log house,” which he later replaced with a “commodious stone building.” His father had a shop in the home, where he would both make and repair guns and traps. The home has become a park, open to the public Monday through Sunday.

Ernest Hemingway was one of America’s finest homegrown heroes. He was born in Oak Park in Chicago in 1899, going on to live in this rather unassuming suburban house in the same area. When he joined the army as a young man and was injured, it was in this two-story property that he recovered. 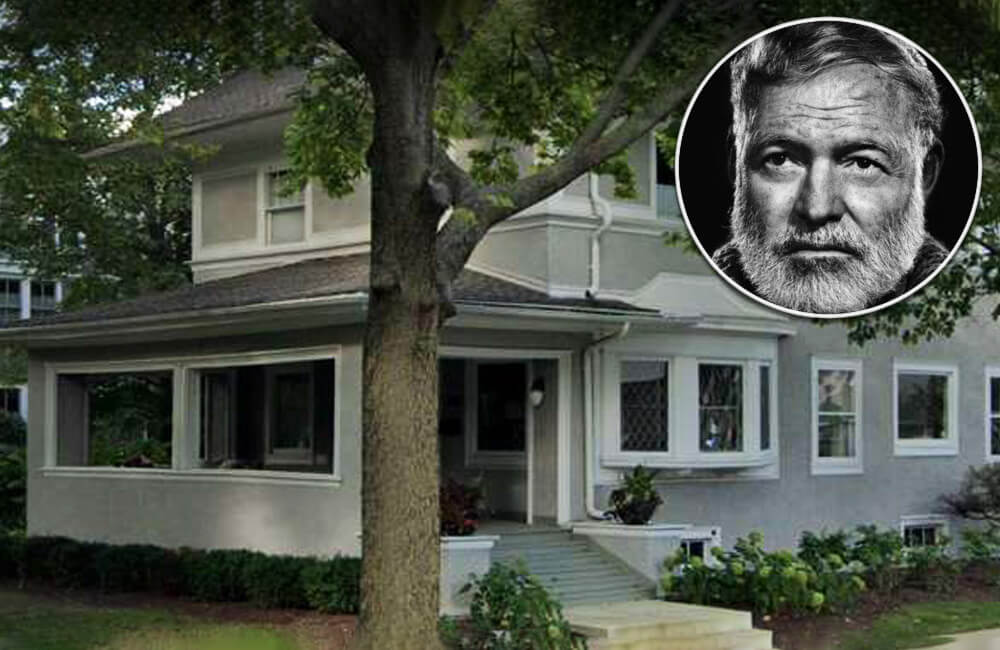 It might look like any regular home now, but the house is steeped in history. In 2012, the home was sold for $525,000. It’s not very often that you get the opportunity to live in a house that one of America’s literary greats grew up in.

Long before he was writing stories about green eggs and ham and cats in hats, Dr. Suess was plain old Theodore Geisel from Springfield, MA. We might know him as a true wordsmith with a penchant for creating fantastical rhymes, but in his youth, Geisel was just a regular boy. 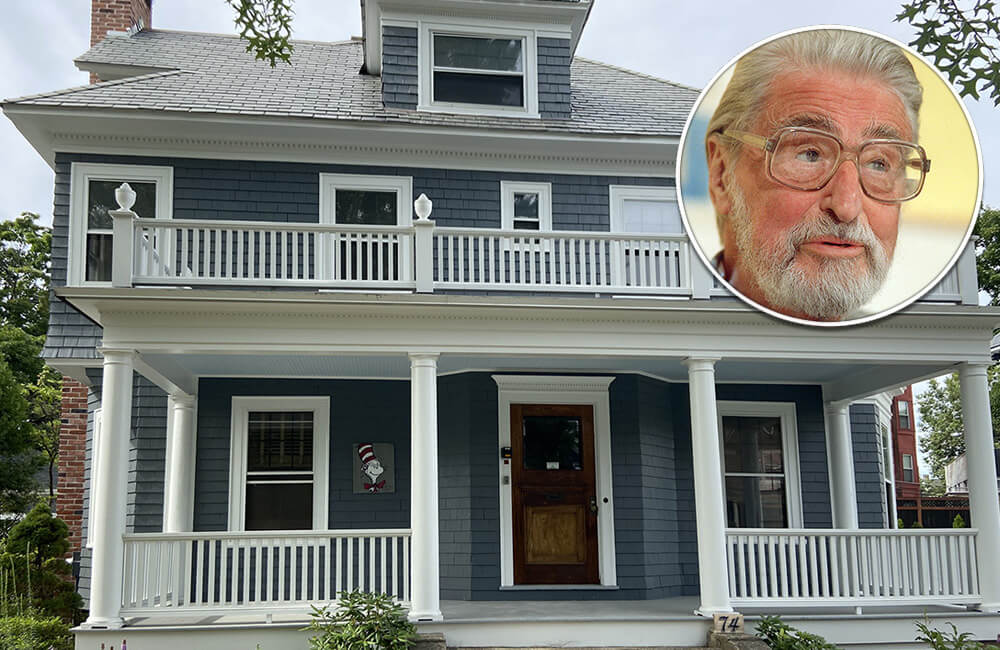 He lived in this five-bedroom home in Springfield from the age of two alongside his mother, Henrietta, and father, Theodor.  The three-story home was put up for sale in 2015 for the bargain price of $195,000, but it was later taken down. Perhaps potential buyers were satisfied with watching a Dr. Suess movie on Netflix instead.

When it comes to famous rock stars, Jim Morrison is up there with the best of the best. The Doors frontman may have been just 27 when he passed away in Paris in 1971, but his legacy lives on. The musician lived in a chic Hollywood Hills pad with his girlfriend Pamela Courson in the ‘60s. 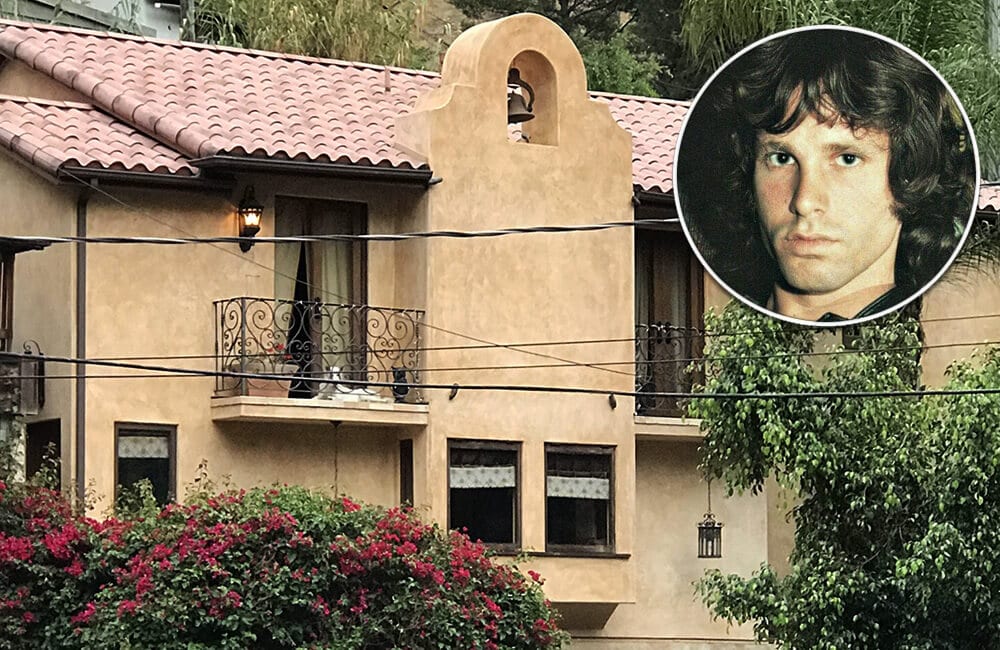 At the time, it was a relatively new build. Situated close to Laurel Canyon Blvd, the property was said to have inspired the song “Love Street.” The home went up for sale in 2010 for a cool $1.9 million. The Warner artist was reportedly worth  $20 million at the time of his passing.

Grace Kelly’s life is a source of interest for movie and history fans alike. The starlet had a glittering career before marrying Monaco’s Prince Rainier III, but her life was always a privileged one. Prior to breaking into the acting business, Grace was busy growing up in Philadelphia, PA, as the daughter of a very successful Olympian, contractor, and politician. 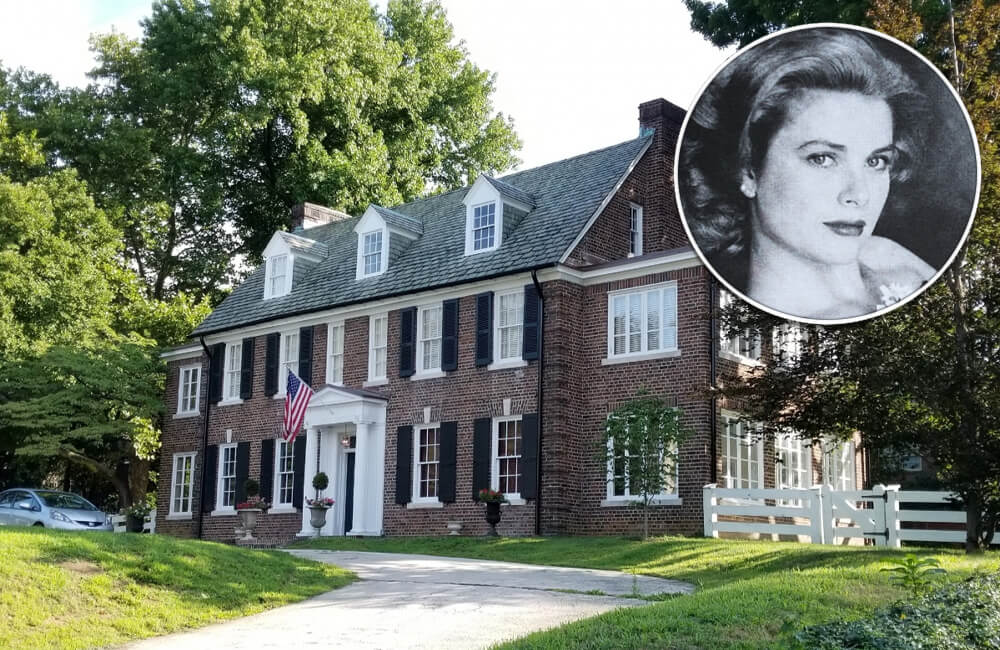 Kelly grew up in a stately home in East Falls that was built specifically for the family. Today, the impressive property is worth over $775,000, thanks in part to its connection to the CBS Paramount Star, but mainly because it’s such a glorious home.

Paul McCartney might be worth over $1 billion now, but there was a time when he was a simple working-class boy growing up in Liverpool. McCartney lived in a modest terraced house in Speke, dutifully going to choir practice and honing his music skills before taking over the world with the Beatles in the 60s. 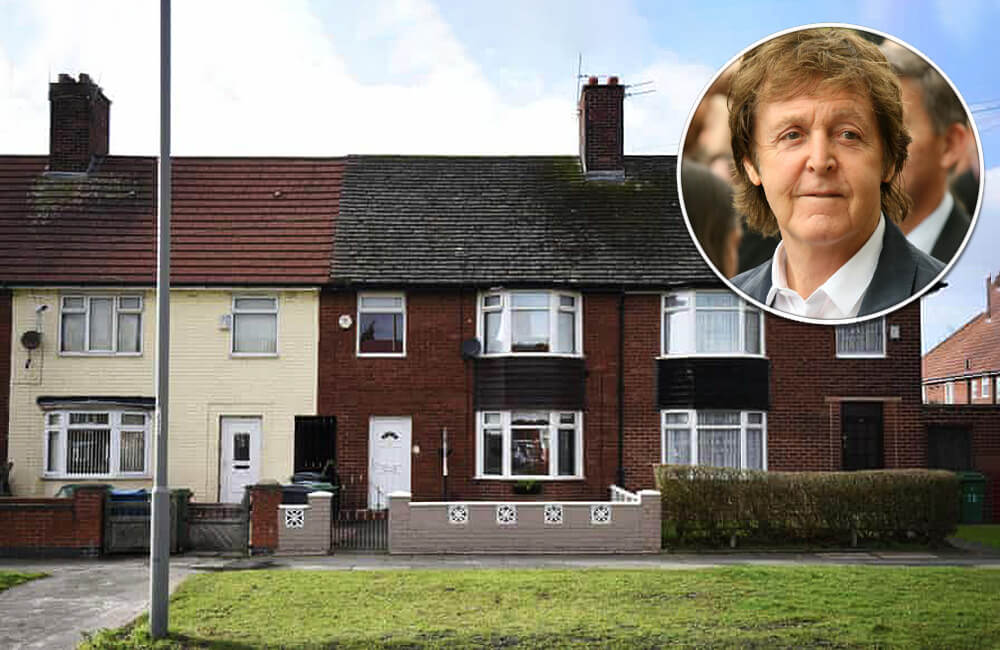 Today, the home is worth $225,000. It would have been considerably less valuable when the hitmaker lived in it many years ago, but inflation (and notoriety) has driven the price up since then.

When President John F. Kennedy was assassinated in 19963 it sent shockwaves around the world. JFK and his wife, Jackie, were largely well-liked by the public. In the winters, the President and his family went to their Palm Beach vacation home that spanned over 15,00-square-foot, with 11 bedrooms. 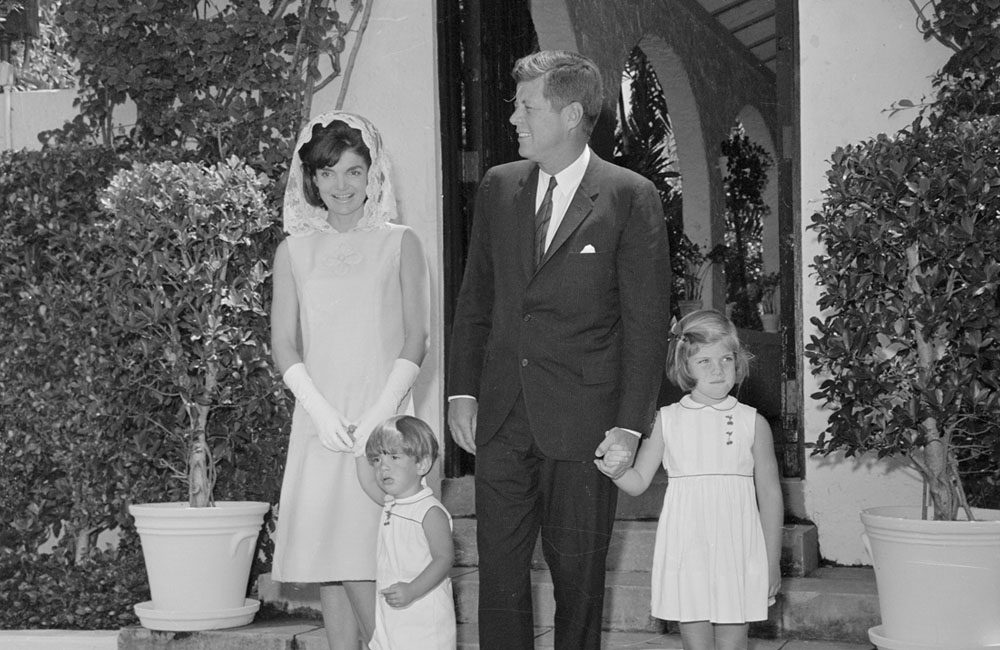 The property remained in the Kennedy family until 1995 when they sold it for $3.5 million. Since then, the price has gone up and up. It was bought in 2015 for $30 million, before being sold for double that amount. Photos of the Kennedy family enjoying the local area can still be found on sites like Pinterest today.

It’s one thing owning a home that previously belonged to a Hollywood starlet or a famous writer, but what about purchasing a property that one of America’s biggest criminals formerly owned? You may think that Al Capone would have lived in a much grander house than this plain Chicago brownstone, but that wasn’t the case in the early days. 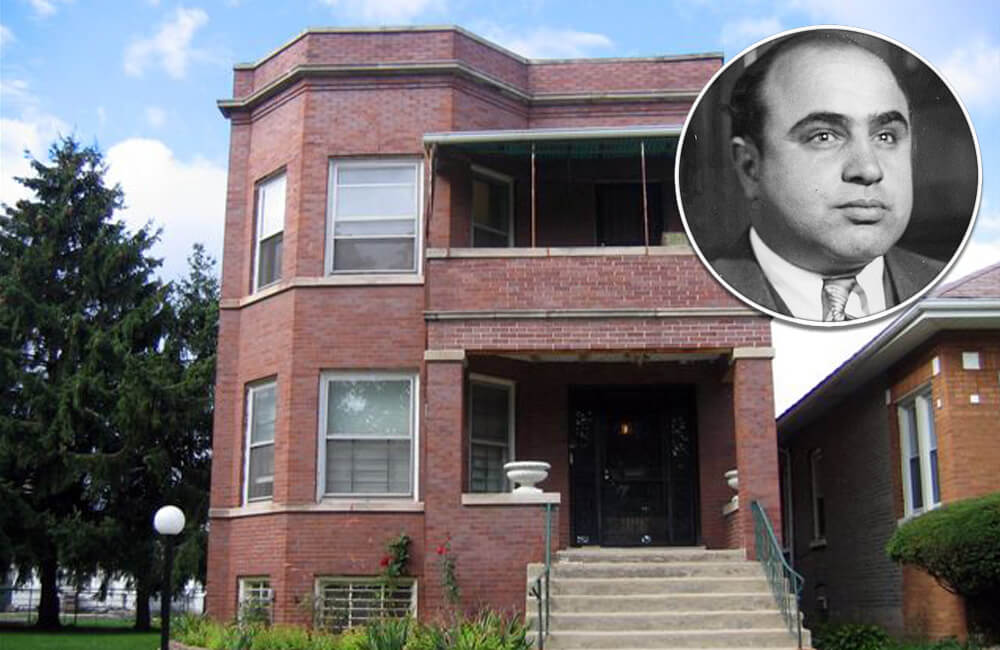 Capone lived in the Prairie Avenue home with his mom and wife in the 1920s, before moving on to pastures new. Containing six bedrooms, the home had plenty of space for Capone’s sister as well and also features a very large basement, perfect for top-secret meetings.