Children’s TV shows are more than just entertainment – they’re shows that bring back nostalgic memories of a much simpler time for most of us. However, to studios and networks, they’re money-making commodities that have limitless potential.

The wonderful world of TV in the ’50s, ’60s, and ’70s looked vastly different to how it does now, but these kids’ shows from big companies like Comcast all had one thing in common: they were designed to rake in the cash.

Some children’s shows had huge budgets to work with, while others had to make do on a shoestring, but we loved them either way. Sometimes all it takes to make television gold is a little bit of imagination.

Another Hanna-Barbera creation was Atom Ant. The show featured a cartoon superhero ant who co-starred in a combination of Atom Ant and Secret Squirrel, with whom it shared a billing. ’60s kids might remember watching Atom Ant, although it was on air for less than 30 episodes. 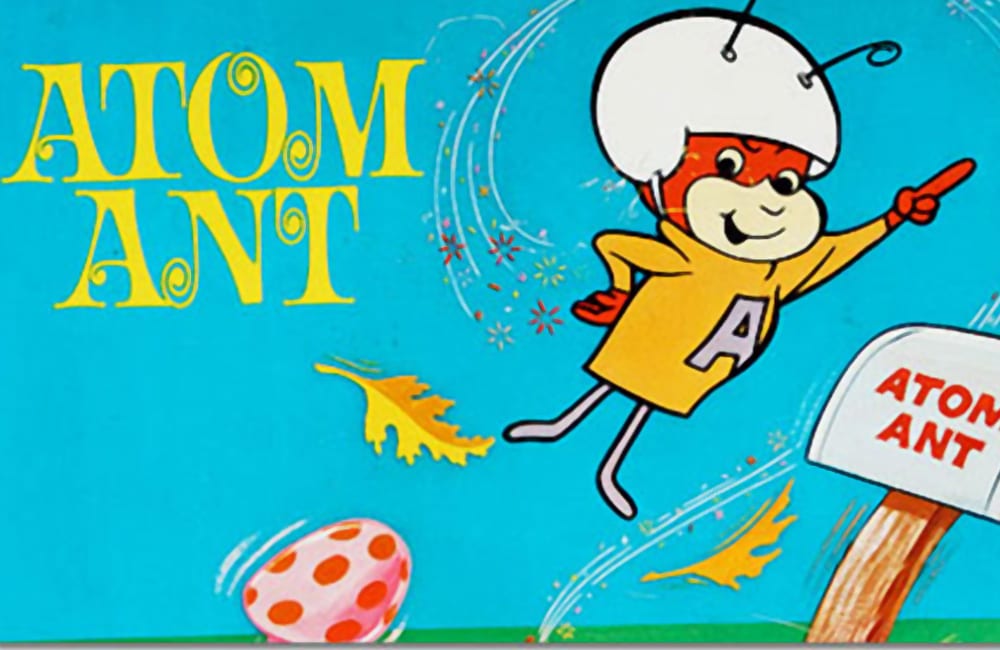 The premise was that the ant went on missions (that were rumored to be a parody of Batman), alongside his squirrel sidekick. Atom Ant worked with the police, often responding to their calls and solving crimes on their behalf.

Hanna-Barbera was always concerned about keeping production costs down, and as this cartoon was neither the cheapest or the most popular, it was ultimately ditched after just 2 seasons on Comcast’s NBC. Fans can still catch the entire series on Boomerang’s streaming app.

Loveable little penguin Tennessee Tuxedo was as adorable as he was entertaining. The only downside is that the cartoon only ran for three years, despite having a great sponsor. 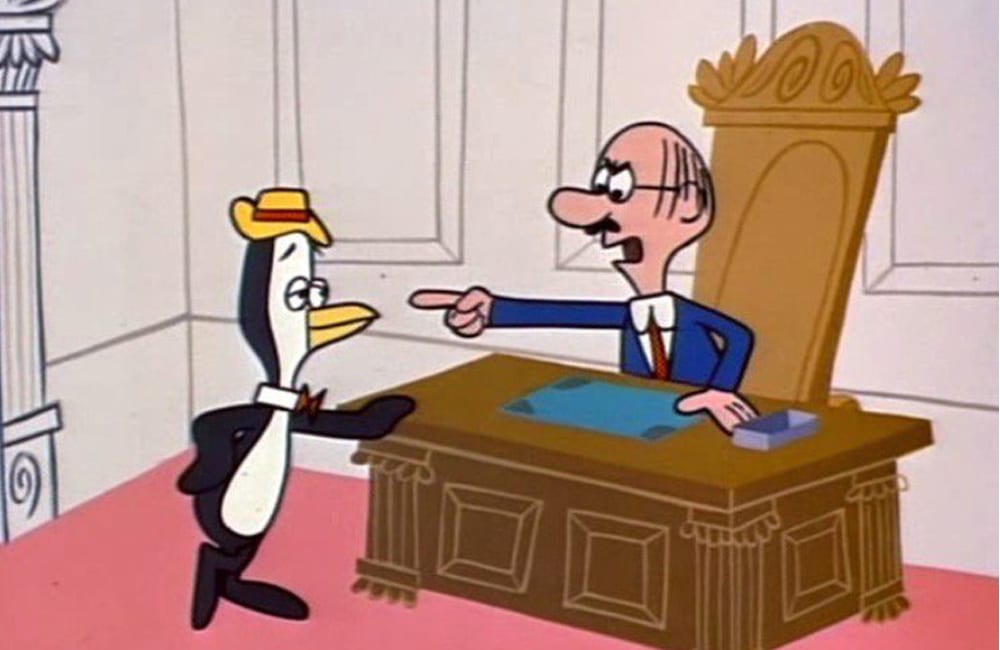 General Mills sponsored this cartoon as well as Underdog. At around $125,000 per episode the show wasn’t cheap to make, so it definitely needed the support of a big company. You can still buy merchandise to this day, proving that Tennessee’s appeal lives on, even if he isn’t on our screens anymore.

Recently the show got a bit of a Youtube reboot, with animation studios in Toronto and New York coming together to create short episodes. The new episodes were sponsored by Trix cereal and could be viewed on sillychannel.com. 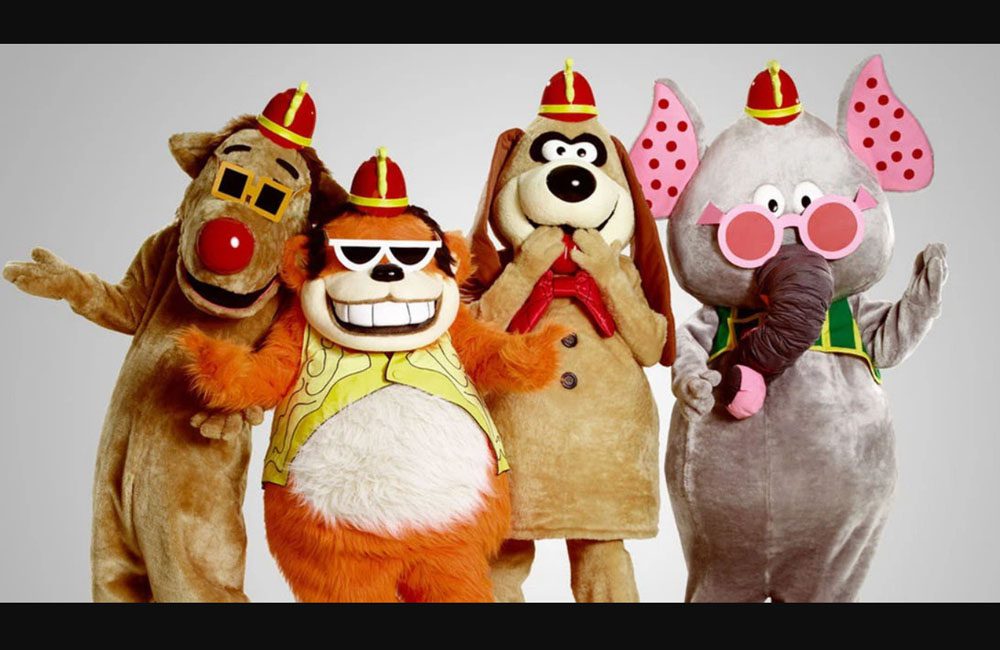 The show proved to be lucrative on the market as it was heavily syndicated in the seventies and eighties. With its costumes and other props, you would expect the show to be more expensive than $40,000 per episode.

Oddly, a horror movie was recently released in 2019, based on the series, but it wasn’t exactly a multi-million-dollar smash. The horror-comedy hybrid was directed by Danishka Esterhazy released at San Diego Comic Con.

A show featuring two talking magpies might seem a little far-fetched, but then again, anything goes in cartoons! The Heckle and Jeckle Show ran from 1956 to 1971, proving it had the key to longevity. 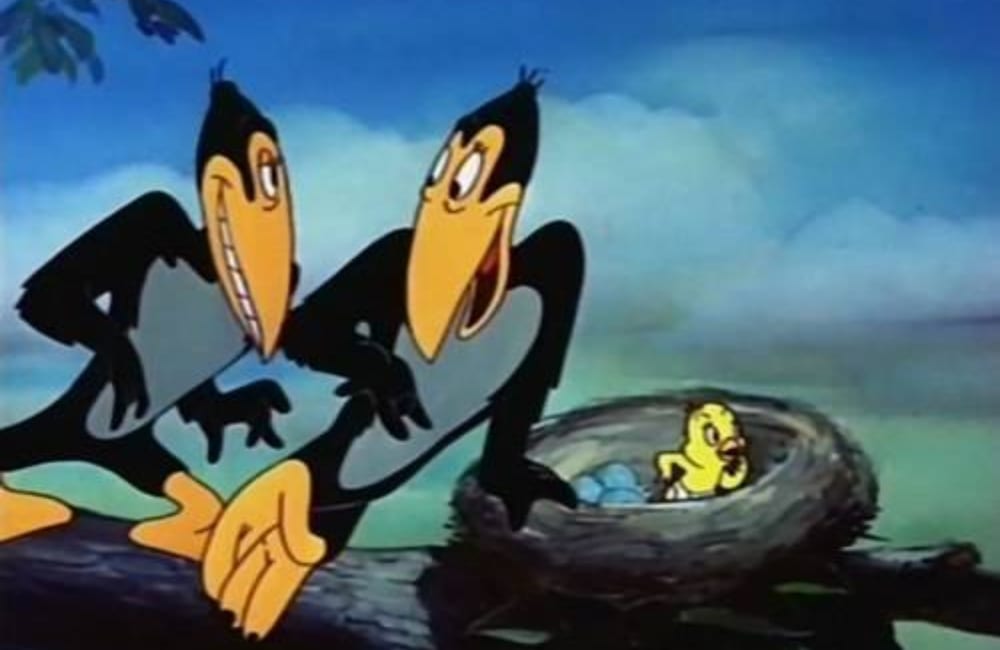 Heckle and Jeckle were created by Paul Terry, who had his own animation studio called Terrytoons animation studio. The first version of the show involved two magpies who were husband and wife, rather than the friends the characters became in later iterations of the show.

Everyone in entertainment knows that shows have to pay their way in order to be successful, so Heckle and Jeckle must have been making much more than their $204,540 per episode budget. There’s no official word on just how much these two made CBS, but it wasn’t small change.

H.R. Pufnstuf was a children’s series that was produced by the Kroffts. It was the Krofft’s second puppet show. The show’s broadcasts were so financially successful that NBC ran its reruns for another few years on Saturday mornings. 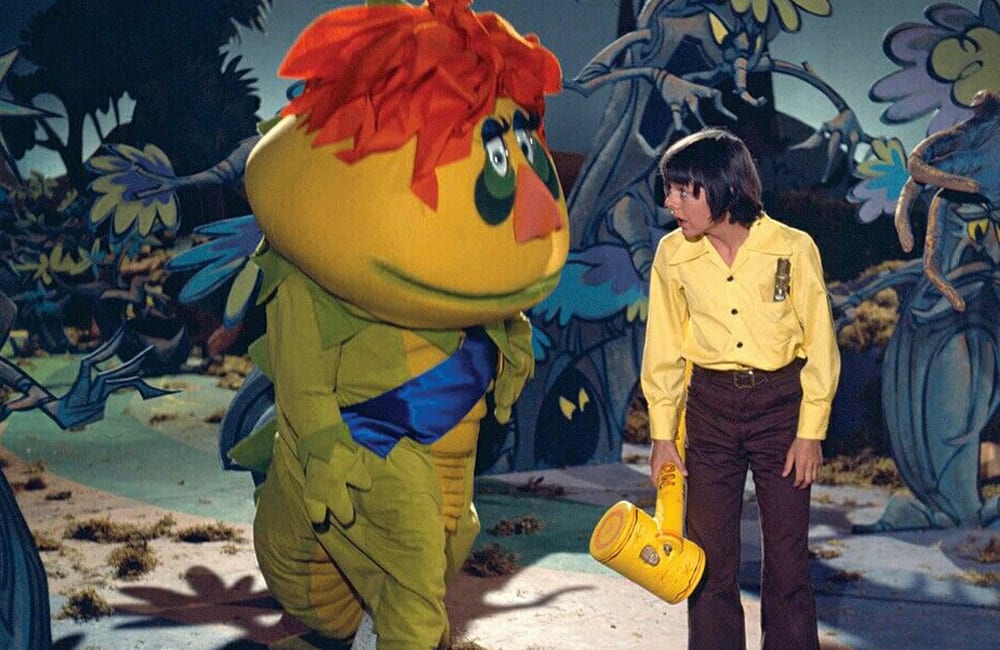 When NBC decided it wasn’t making enough money from the show anymore and it would be better to explore other avenues, ABC was quick to pick it up and give it a slot. One network’s trash is another one’s treasure!

H.R. Pufnstuf remains a pop-culture staple to this day. It consistently ranks as one of the top cult television shows in history, despite its rocky path to success. Fans love its kooky puppet aesthetic and imaginative characters.

Felix the Cat was actually part of the silent film era, taking it back to a time before any of the other cartoons on this list. The black-and-white cat is one of the most recognizable cartoons in history, and it was the first animated character to have the same popularity as actual movie stars. 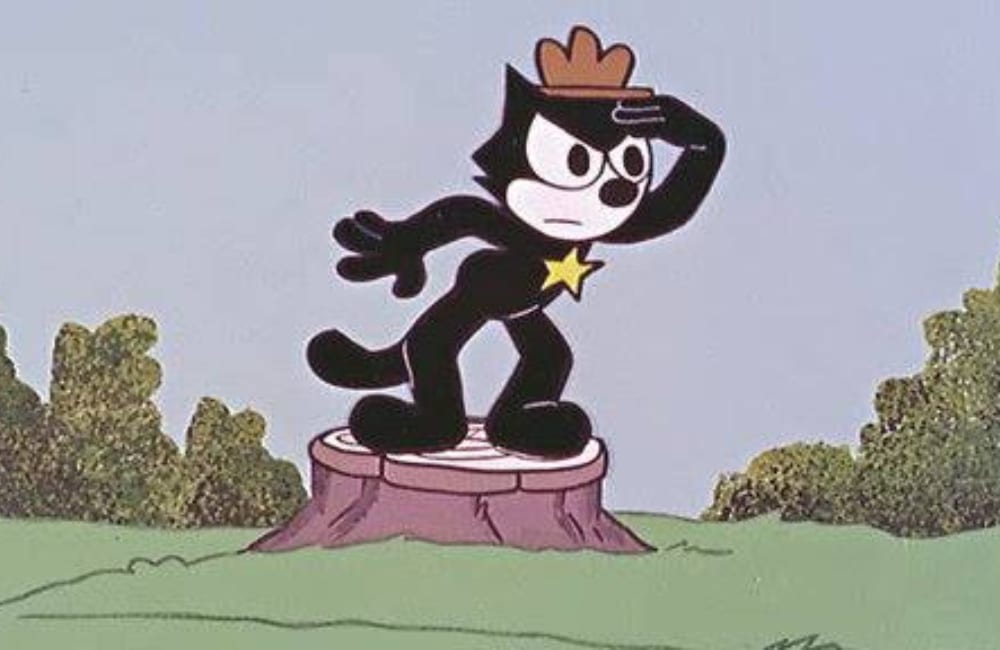 First created in 1919 during the silent film era for a series of comic shorts, done by Otto Messmer and Pat Sullivan, Felix later appeared in a comic strip starting in 1923, and toymakers even began to sell Felix dolls.

It actually was Mickey Mouse and Disney that put a stop to Felix’s success, as, next to Mickey, Felix began to seem outdated. Despite Felix the Cat‘s small budget, it did a good job of fighting against Disney’s big bucks for a while there.

Captain Kangaroo was a TV series that was the longest-running children’s show of its day, running from 1955 until 1984. The series was the brainchild of Bob Keeshan, who played the role of Captain Kangaroo, the host of the variety show. 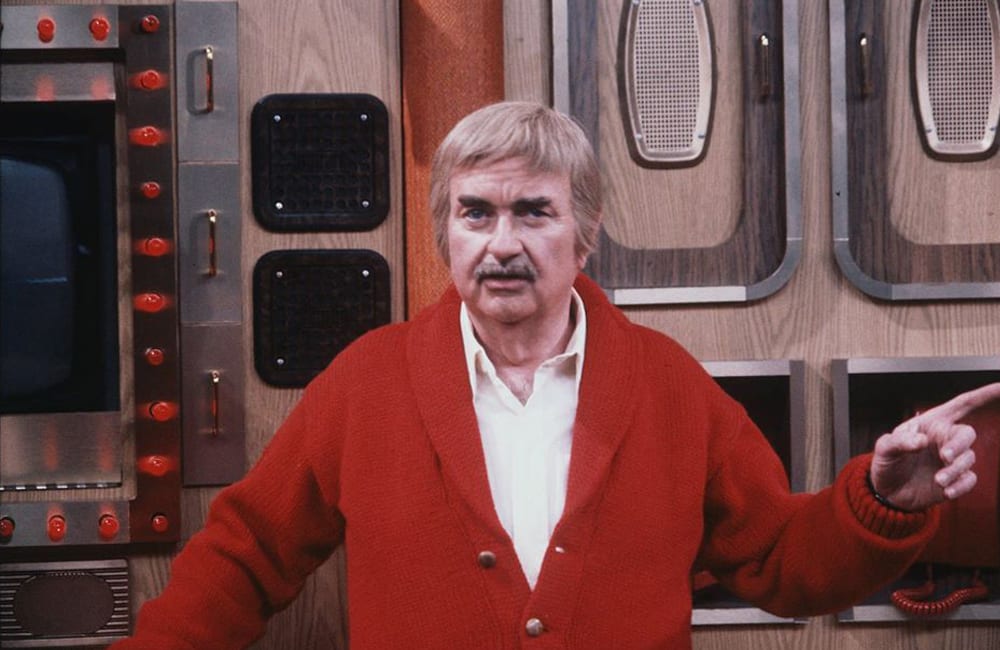 It proved a profitable enterprise for both Keeshan and the network, CBS. It’s thought that $10 million was spent on producing the entirety of Captain Kangaroo, which isn’t bad considering it was on air for almost 30 years.

Keeshan also had roles on other children’s shows before becoming Captain Kangaroo, acting as Clarabell the Clown on Howdy Doody and Corny the Clown on Time for Fun. By the time he passed away in 2004, he was worth an estimated $4 million.

The Adventures of Rocky and Bullwinkle and Friends was known for its quality humor and writing. The cartoon originally aired on ABC, before being bought by NBC later on. Not only was it one of the first color cartoons, but it became so well-loved that it later became a movie in 2000. 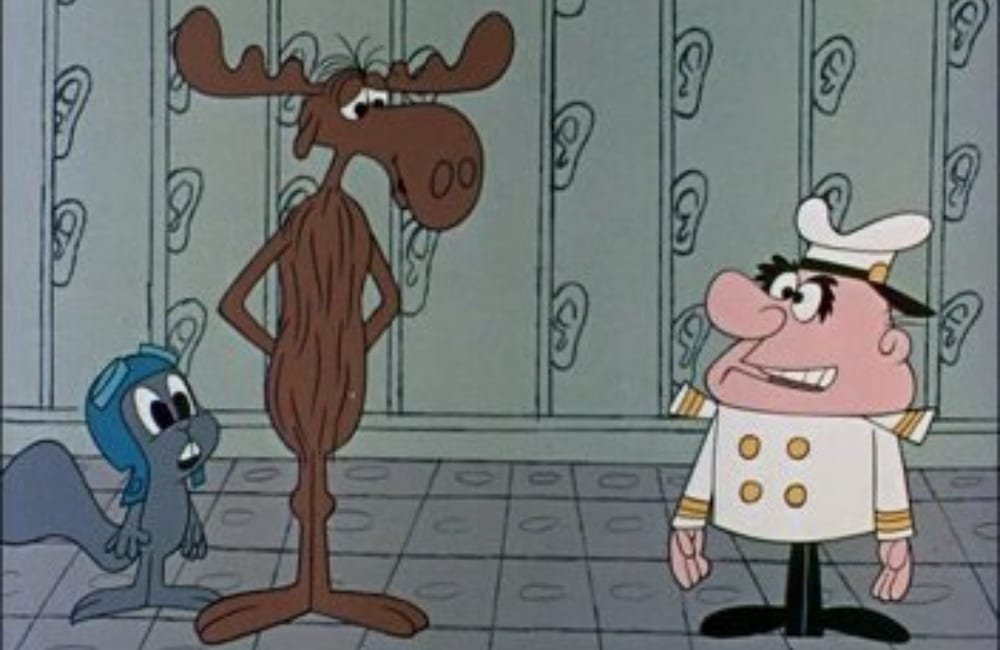 By Source, Fair use, Wikipedia.com
Advertisement

While the series may have been one of the first cartoon successes for Comcast’s NBC, it wasn’t exactly cheap to produce. At $125,000 per episode, it certainly didn’t pay for itself. Such a high budget is rare in cartoon television, but so is such genius.

As for the 2000 movie, the budget was a whopping $76 million – but it only took $35 million at the box office. Sometimes it’s difficult to recreate the same magic decades later, especially when there’s pressure to attract a whole new generation as the audience.

How can we forget the exploits of everyone’s favorite permanently hungry grizzly, Yogi Bear? Together with his adorable sidekick Boo-Boo, Yogi caused all sorts of mischief in Jellystone Park. 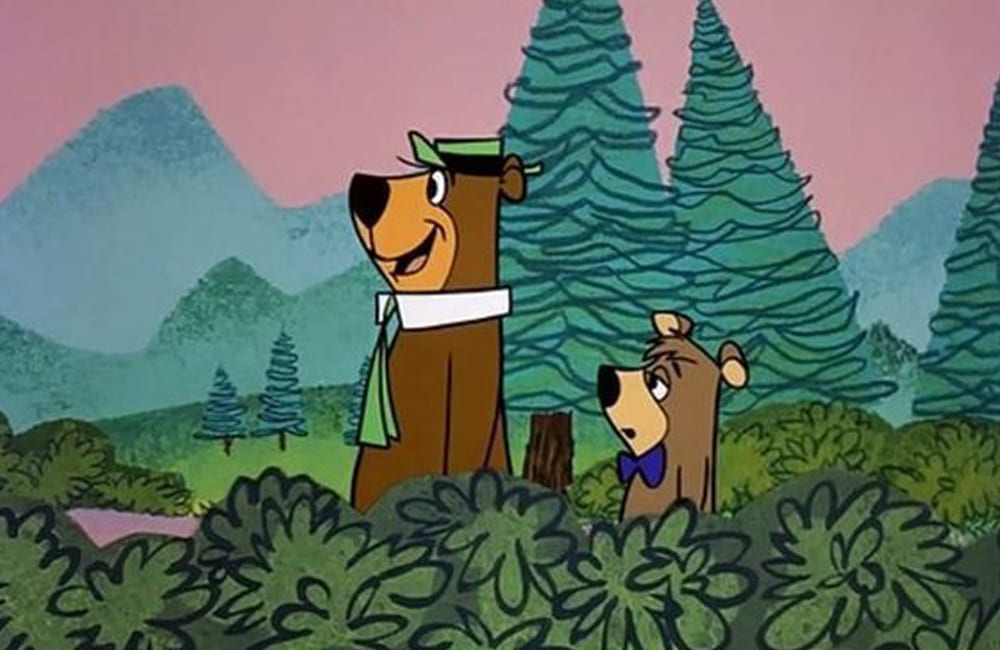 Yogi Bear has gone on to be one of Hanna-Barbera’s greatest successes, even though its run-time was comparatively shorter than other shows. The 2010 movie starring Dan Aykroyd and Justin Timberlake was a financial success for AT&T’s Warner Bros., taking $203.5 million against a budget of $80 million, thus proving that Yogi is still profitable all these years later.

The Electric Company was a children’s educational series that ran from 1971 until 1977. The show was syndicated through its sponsor, Johnson Wax, making much more than its $7 million production budget as a result. 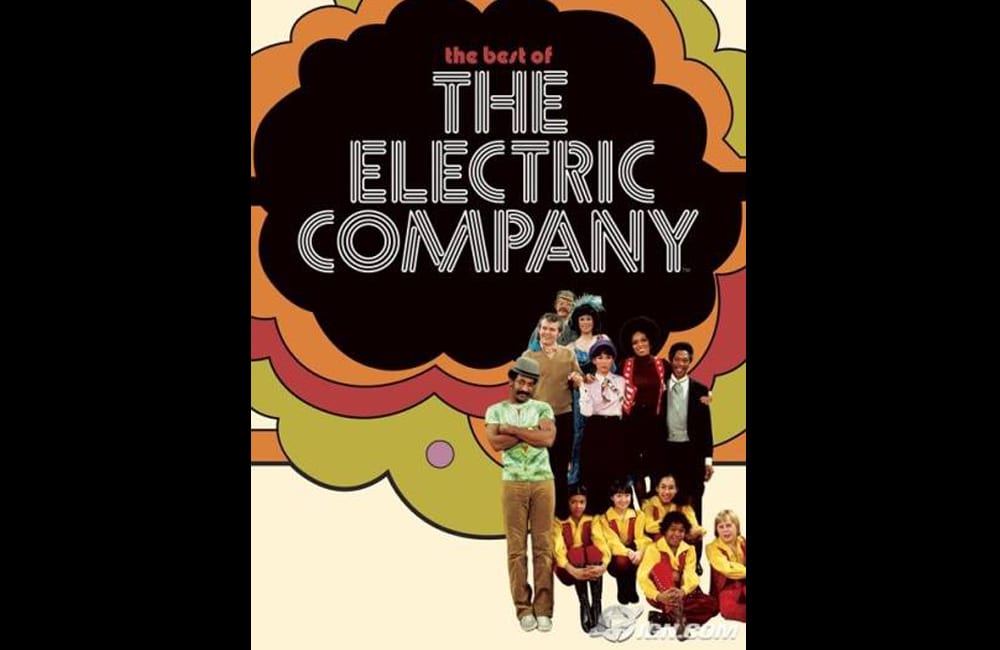 Executives always had a plan to ensure the series remained profitable. The show kept airing reruns through 1985 after a decision was made ten years early to produce two last seasons for perpetual reruns in a shrewd business move.

The Bugs Bunny Show was another animated hit from Warner Bros. It was composed of cartoons from two different canons: Merrie Melodies and Looney Toons. Bugs Bunny became such a popular character that it was one of the most profitable projects ever created by Warner Bros. 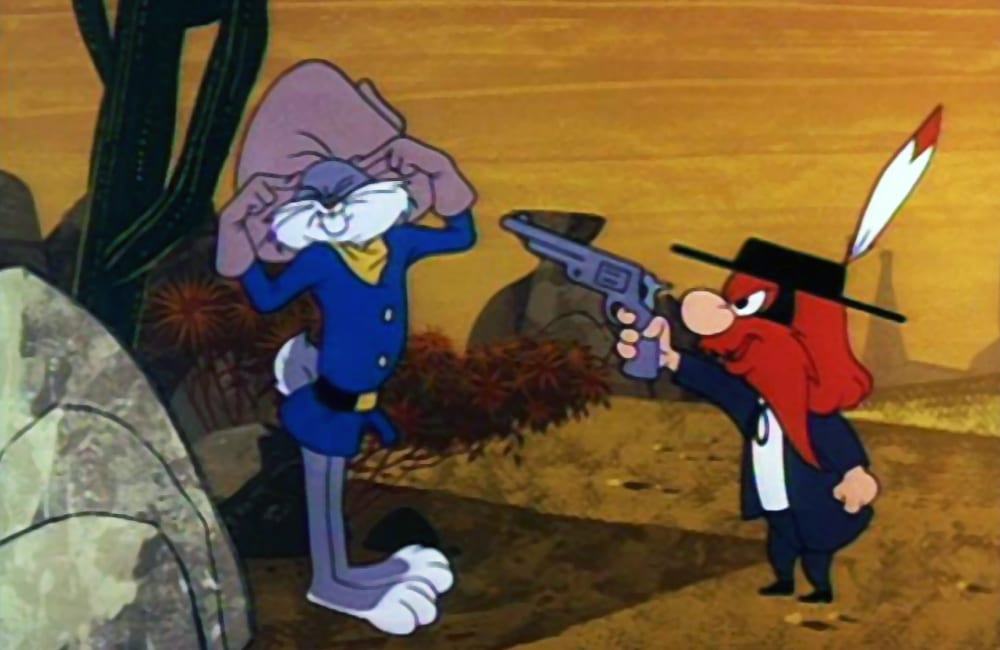 The show was best known for its Saturday morning runtime, which was its slot for nearly four decades in originals and reruns. Of course, as the years ticked by, the appeal of Bugs and his pals has never waned.

Back in 1992, it was reported that the AT&T cartoon was still bringing in $10 million per year in revenue. For an animated program aimed towards children, this is practically unheard of in the industry.

Jonny Quest revolved around a young boy who accompanied his father, a scientist, on different adventures. The Hanna-Barbera show didn’t last long, but it’s still remembered fondly by fans. 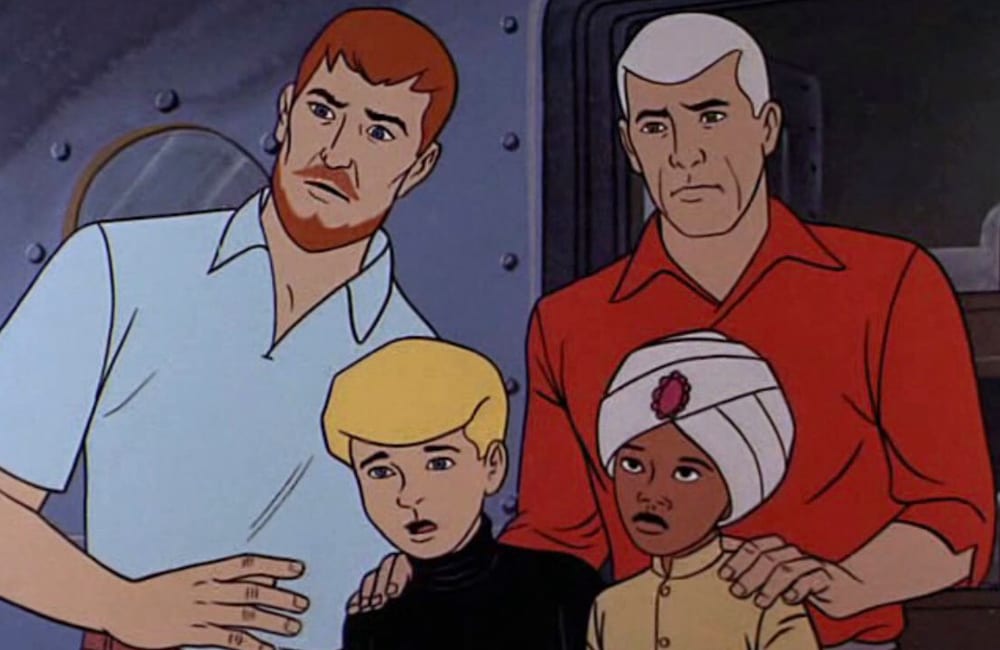 The original show proved to be popular and financially viable, so several spinoffs have been made over the years. In addition, Hanna-Barbera rolled out other action-adventure shows such as The Herculoids, Space Ghost, and Birdman and the Galazy Trio, treating Jonny Quest like a test run.

The New Adventures of Jonny Quest hit screens in the mid-80s, while there is reportedly a live-action remake in the works with big names like Bradley Cooper attached to the multi-million-dollar project. That’s not bad for a cartoon that only aired for one season.

Created by Hanna-Barbera, The Jetsons was the space-age counterpart to the company’s other popular show, The Flintstones. The show gave a comedic look at what writers in the sixties thought life would be like now, with robots, aliens, crazy inventions, and holograms. 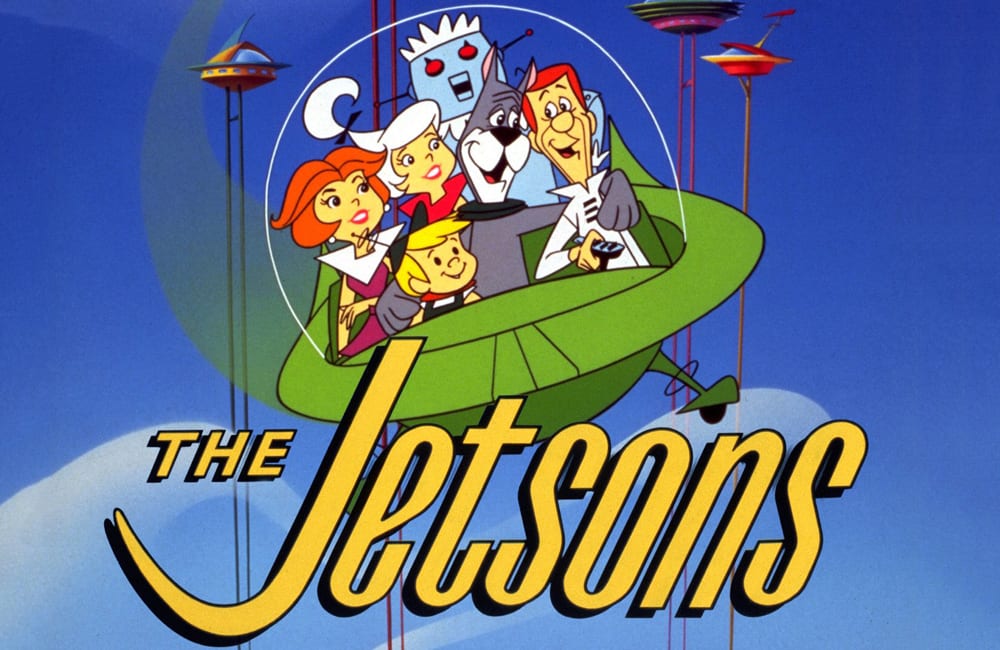 As such, animators didn’t skimp on the production costs, with each episode costing around $300,000. Producers wanted the show to be completely devoid of any social commentary despite the space colonization themes, in order to keep it geared towards children.

Even though Disney’s ABC original series didn’t last that long compared to other shows, it left a lasting impression. There have been several movie attempts over the years, including 1990s The Jetsons that took a respectable (but not futuristic) $20.3 million.

Before Flash Gordon was a live-action series, it was a much-loved comic strip that first came to fruition in 1934. The series aired from 1954 until 1955, before eventually becoming a cartoon in 1979. 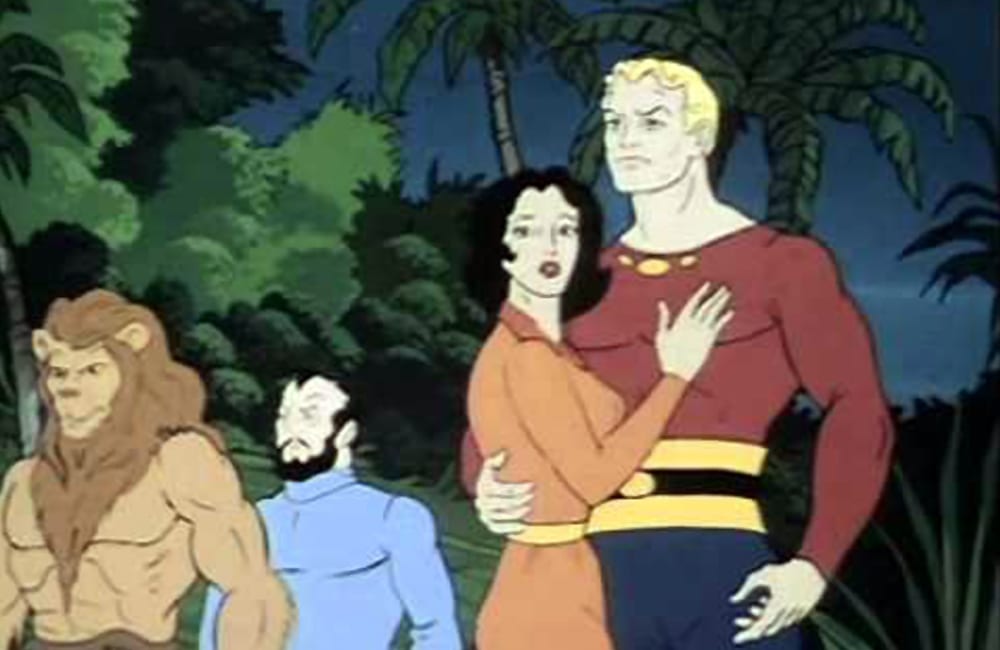 The show took a different direction than the comics, however, with the show taking place in the year 3203. Flash Gordon, alongside love interest Dale Arden and scientist Dr. Zarkov, must work with the Galactic Bureau of Investigation to fight off alien enemies.

While the cartoon enjoyed limited success with just 32 episodes under its belt, the legend of Flash Gordon still lives on in various incarnations. Comcast’s NBC created another version of the show in 2007, but it lasted just one season. The 1980 movie starring Timothy Dalton was a box office flop that barely broke even.